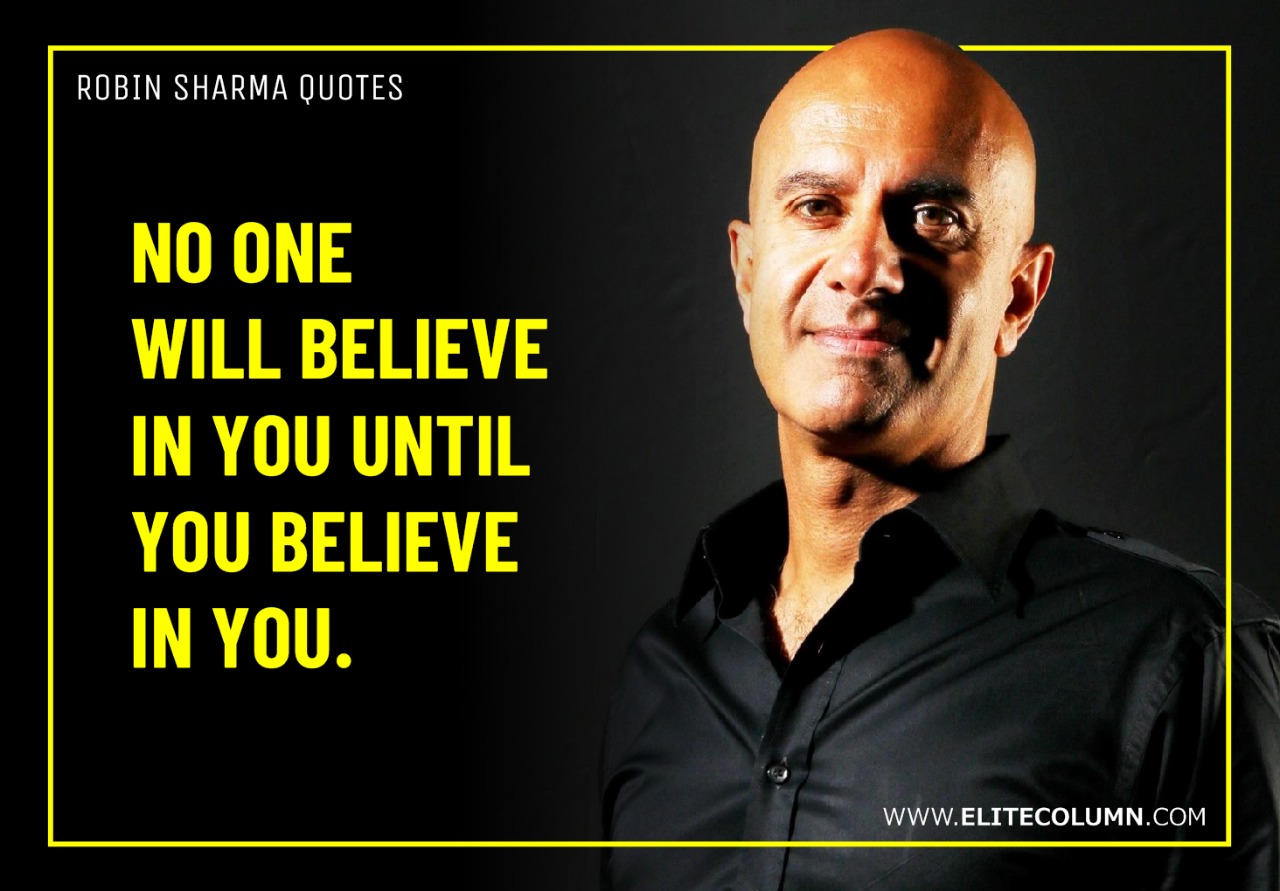 Robin Sharma is a Canadian writer, best known for his The Monk Who Sold His Ferrari book series. He worked as a litigation lawyer until age 25, when he self-published MegaLiving (1994), a book on stress management and spirituality. He has published 12 other books, and founded the training company Sharma Leadership International. He’s been invited to speak at Yale University at important gatherings because of his status as a world-class expert. EliteColumn lists out best Robin Sharma quotes that will motivate you.

“Fill your brain with giant dreams so that there’s no space for petty pursuits.” – Robin Sharma

“Today’s a great day to behave as the person you’ve always wanted to be.” – Robin Sharma

“If you want to have the results only 5% have, you must be willing to do and think like only 5% do and think.” – Robin Sharma

“It’s not about the end goal, it’s about who you become by consistently pushing to the edge of your limits.” – Robin Sharma

“All change is hard at the first, messy in the middle, and so gorgeous at the end.” – Robin Sharma

“All it takes is one new insight or idea, strongly acted on, to take you to a completely different place.” – Robin Sharma

“Close all your escape routes, burn all your plan b’s and get busy doing that dream that only you were built to do.” – Robin Sharma

“Just about every massively creative person was considered an oddball by everyone around them.” – Robin Sharma

“When you see yourself as a powerful creator of your conditions, you will see opportunities to get to your goals, and dreams, all around you.” – Robin Sharma

26 Master Oogway Quotes That Will Inspire You