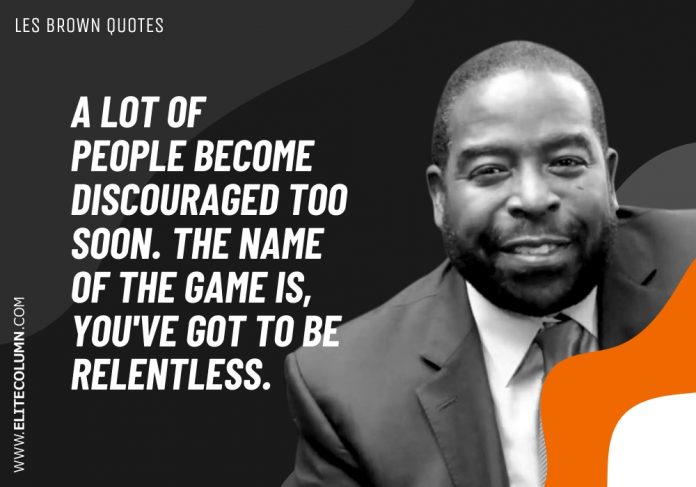 Les Brown is a motivational speaker. Born into poverty and abandoned as a child, he has gone on to become one of America’s best-known and highest-paid motivational speakers. His company, Les Brown Unlimited Inc., has made millions of dollars from the sale of motivational materials to a variety of audiences, from Fortune 500 executives to special education students and prisoners. He read books on public speaking and studied the habits of established speakers. He first spoke to grade school students, then high school students. EliteColumn lists out some of the best Les Brown quotes. 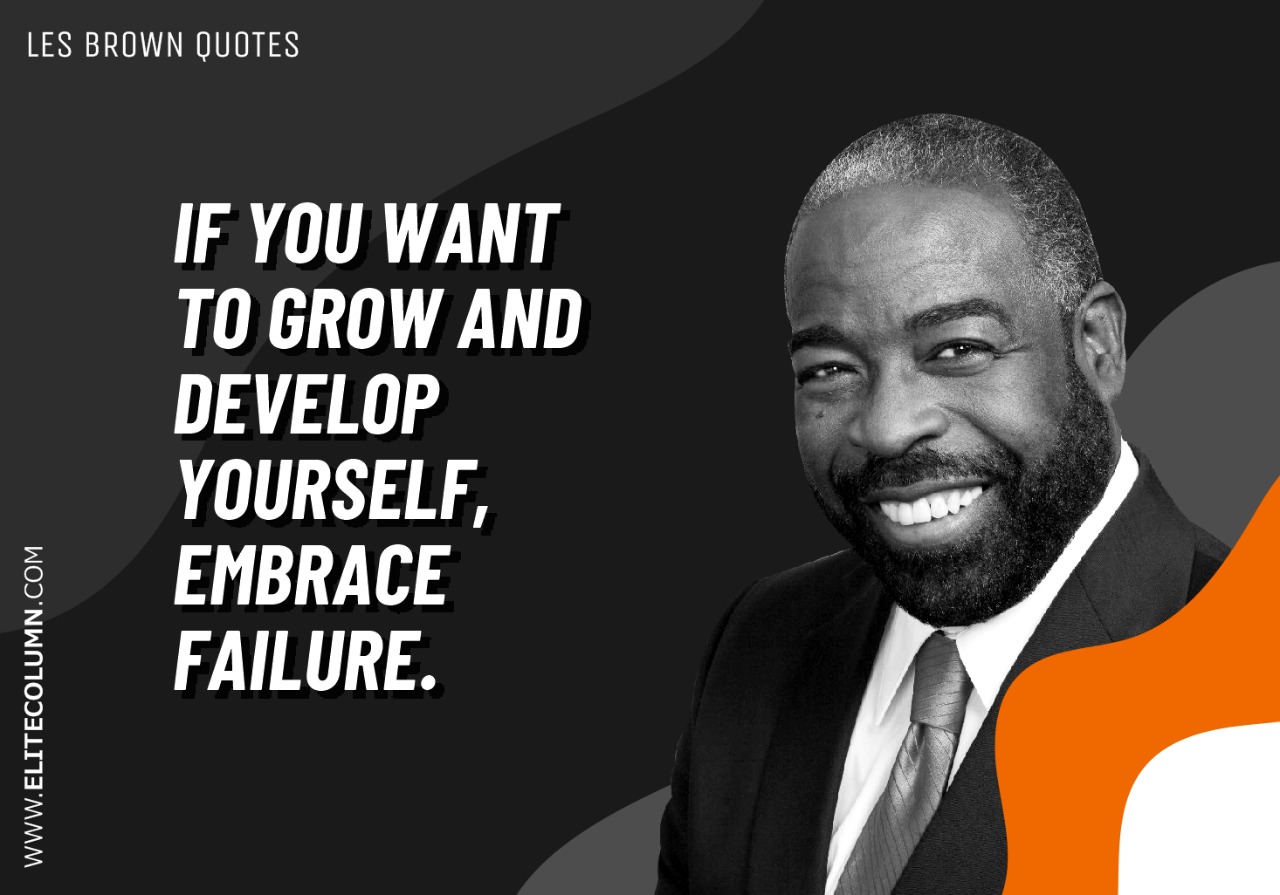 1. “If you want to grow and develop yourself, embrace failure.” – Les Brown

2. “Be willing to go all out, in pursuit of your dream. Ultimately it will pay off. You are more powerful than you think you are. Go for it.” – Les Brown

3. “It has been said, most people die at age 25 and don’t get buried until they are 65. Make an effort to live your life to the fullest.” – Les Brown

4. “Listen to yourself the voice that’s in your heart not your head, it will lead you to your goal.” – Les Brown 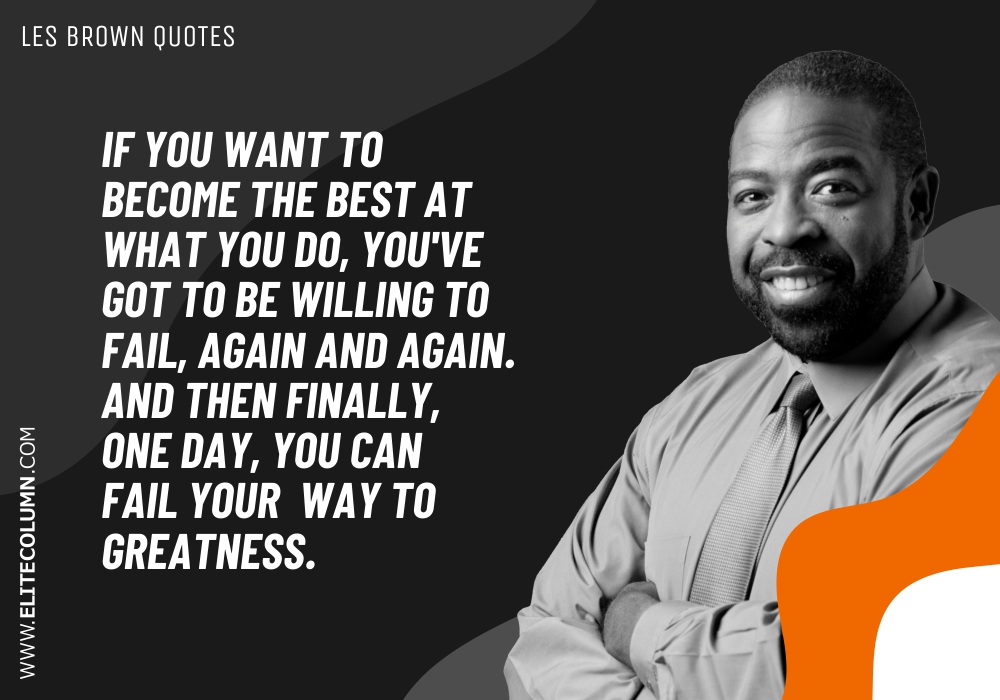 5. “If you want to become the best at what you do, you’ve got to be willing to fail, again and again. And then finally, one day, you can fail your way to greatness.” – Les Brown

6. “There are three ingredients in the good life: learning, earning and yearning.” – Les Brown

8. “Other people’s opinion of you does not have to become your reality.” – Les Brown 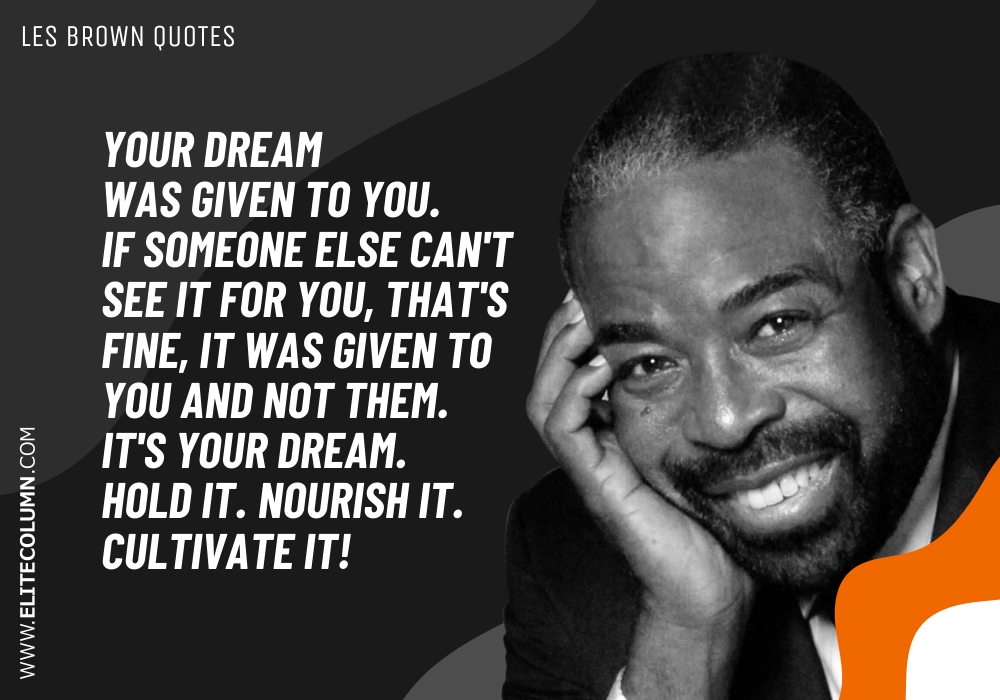 9. “Your dream was given to you. If someone else can’t see it for you, that’s fine, it was given to you and not them. It’s your dream. Hold it. Nourish it. Cultivate it! – Les Brown

10. “Life has no limitations, except the ones you make.” – Les Brown 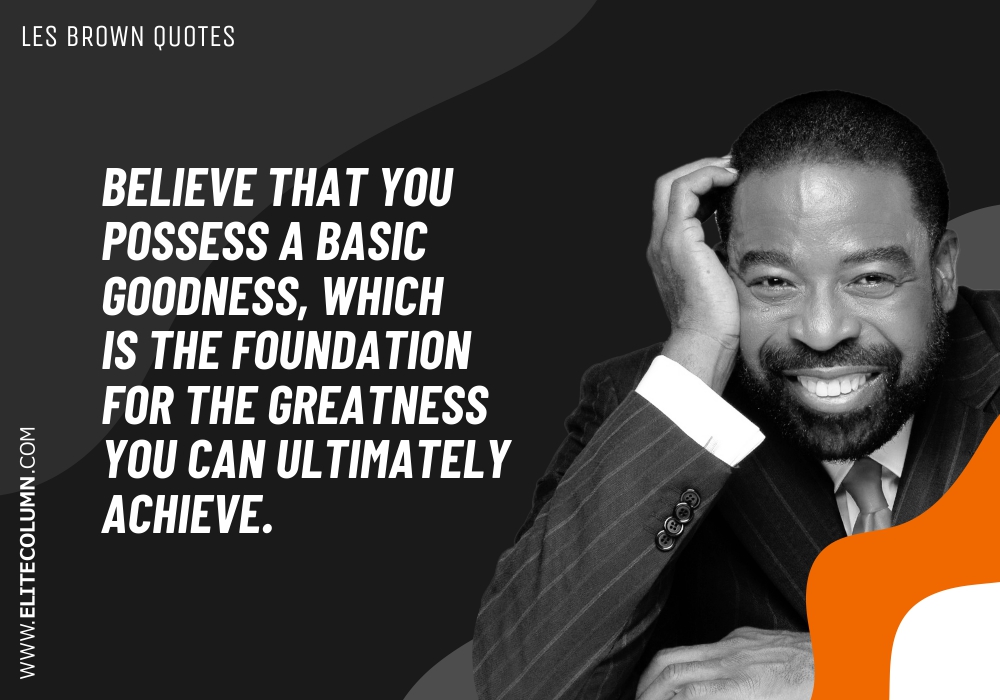 13. “Believe that you possess a basic goodness, which is the foundation for the greatness you can ultimately achieve.” – Les Brown

15. “Too many of us are not living our dreams because we are living our fears.” – Les Brown 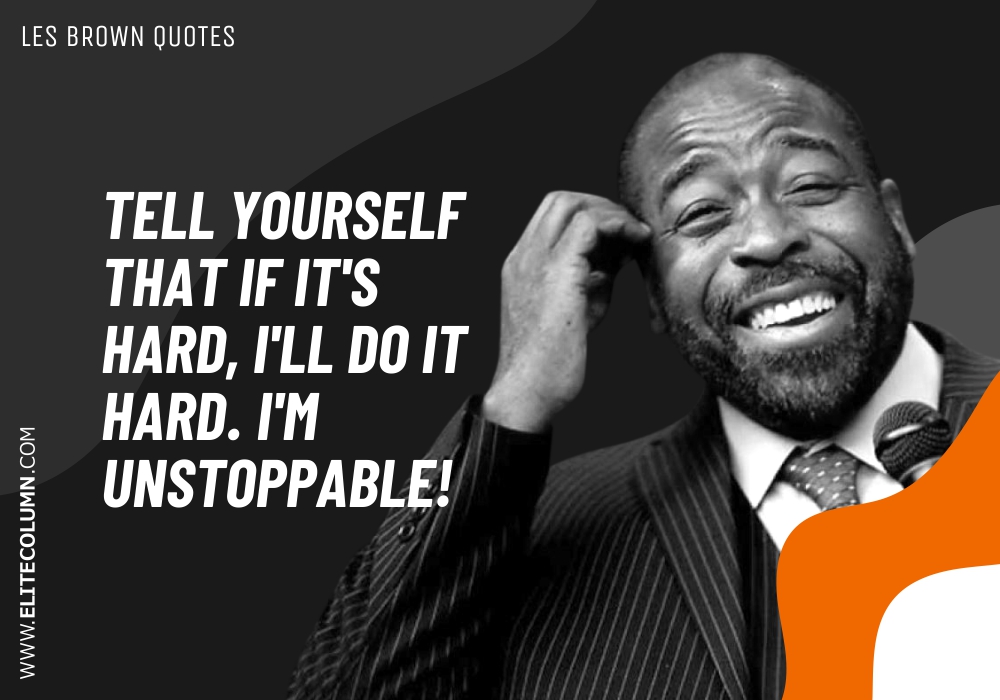 19. “Forgive yourself for your faults and your mistakes and move on.” – Les Brown 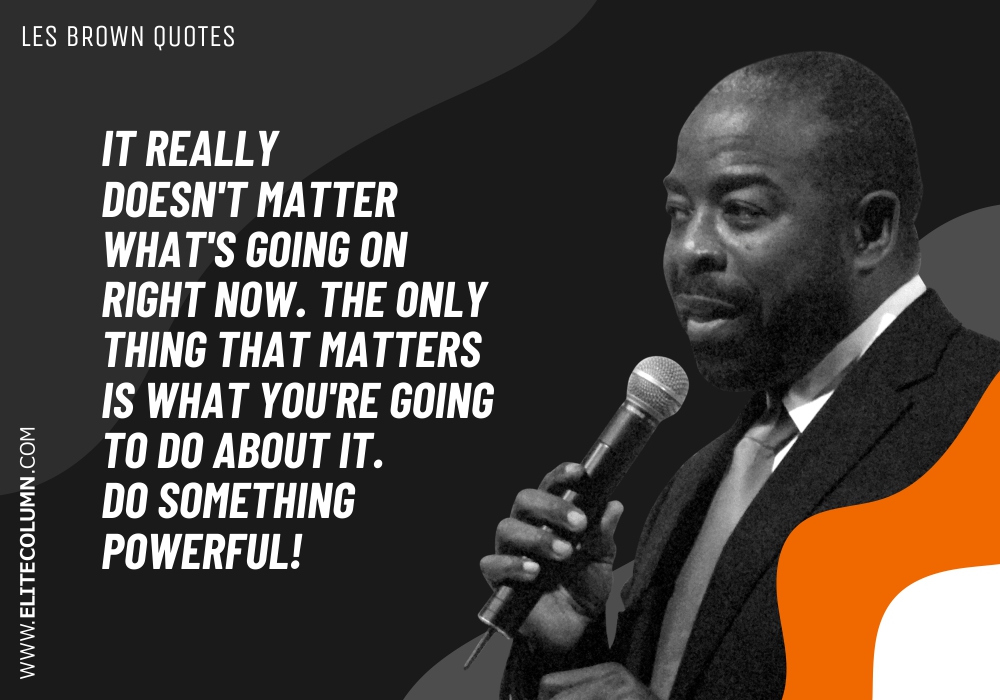 21. “It really doesn’t matter what’s going on right now. The only thing that matters is what you’re going to do about it. Do something powerful! – Les Brown

22. “Our ability to handle life’s challenges is a measure of our strength of character.” – Les Brown

23. “A friend who is far away is sometimes much nearer than one who is at hand.” – Les Brown

24. “Accept responsibility for your life. Know that it is you who will get you where you want to go, no one else.” – Les Brown 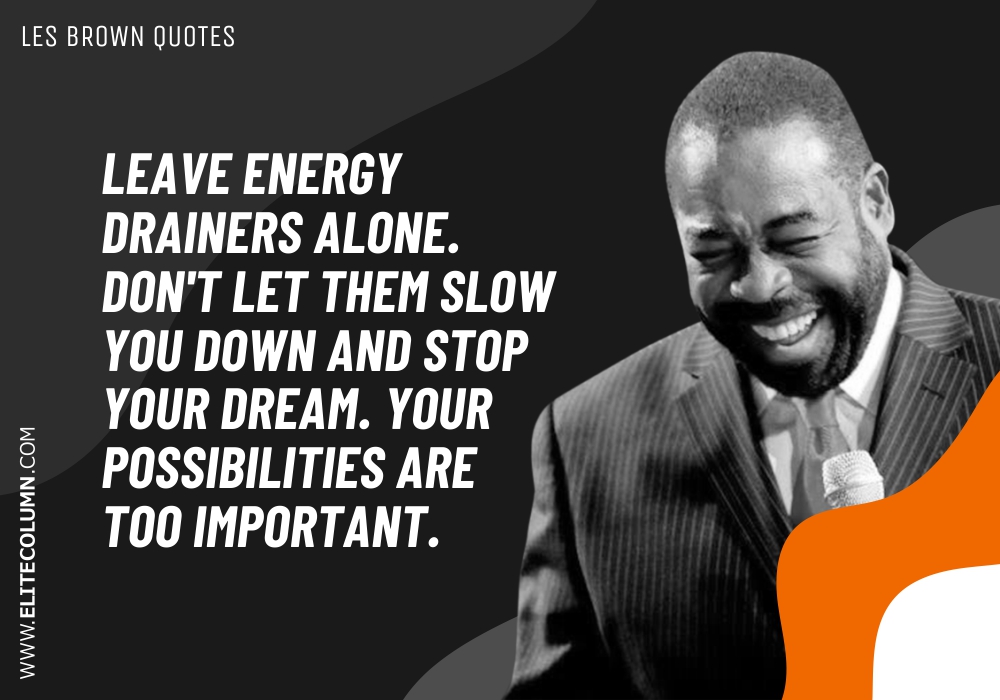 25. “Leave energy drainers alone. Don’t let them slow you down and stop your dream. Your possibilities are too important.” – Les Brown

26. “I will heighten my life by helping others heighten theirs.” – Les Brown

27. “If you set goals and go after them with all the determination you can muster, your gifts will take you places that will amaze you.” – Les Brown 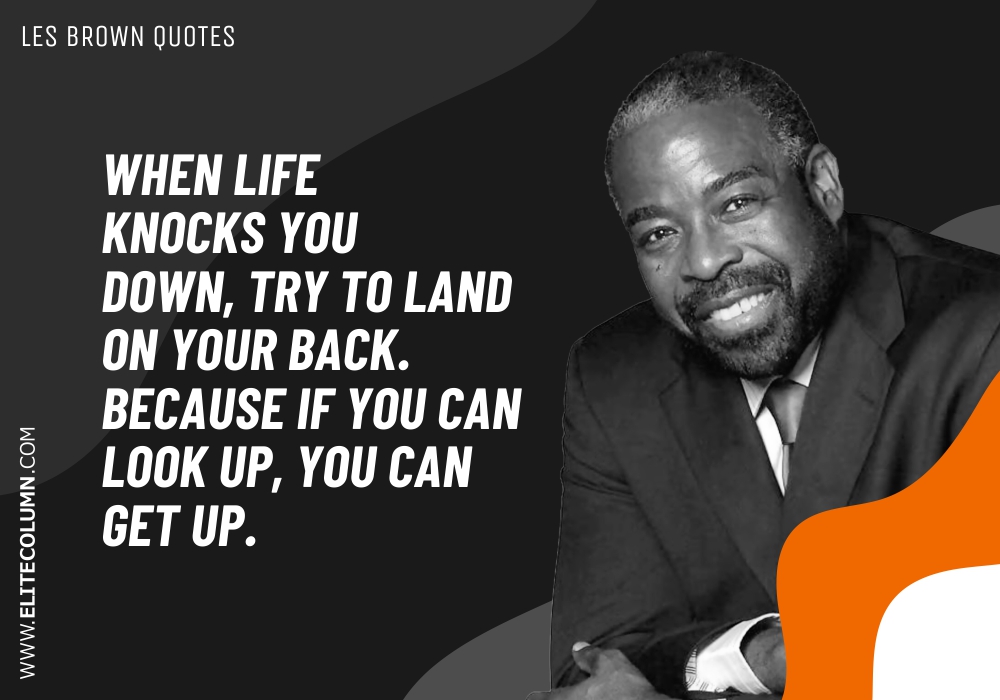 28. “When life knocks you down, try to land on your back. Because if you can look up, you can get up.” – Les Brown

30. “Help others achieve their dreams and you will achieve yours.” – Les Brown

31. “If you put yourself in a position where you have to stretch outside your comfort zone, then you are forced to expand your consciousness.” – Les Brown 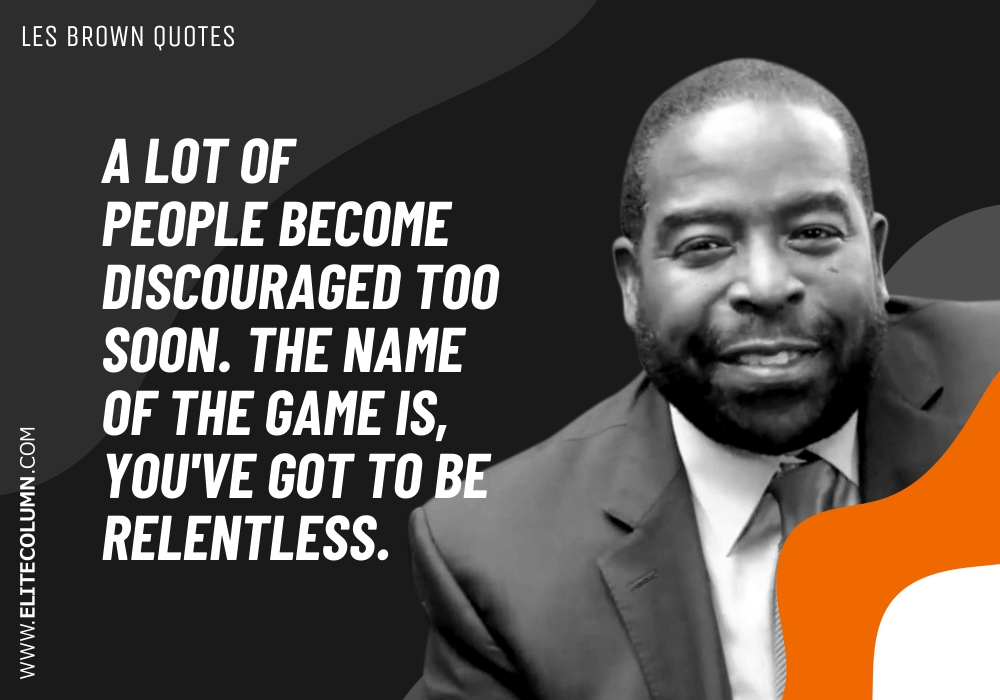 32. “A lot of people become discouraged too soon. The name of the game is, you’ve got to be relentless.” – Les Brown

33. “Life takes on meaning when you become motivated, set goals and charge after them in an unstoppable manner.” – Les Brown

34. “The only limits to the possibilities in your life tomorrow are the buts you use today.” – Les Brown

35. “You take on the responsibility for making your dream a reality.” – Les Brown 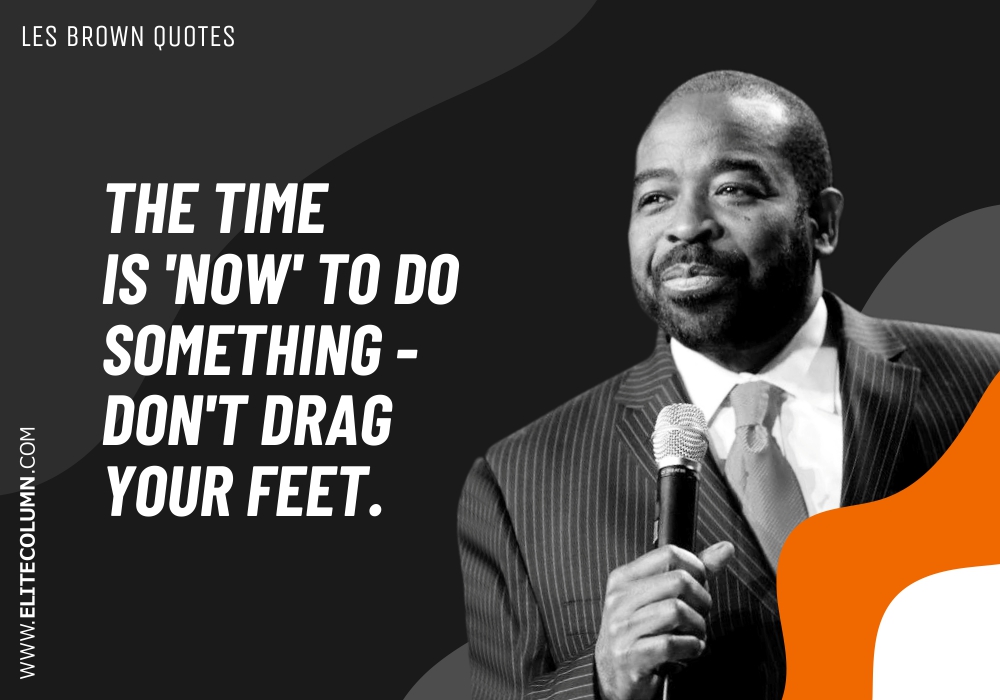 37. “There are winners, there are losers and there are people who have not yet learned how to win.” – Les Brown

38. “No one will take better care of your dream than you.” – Les Brown 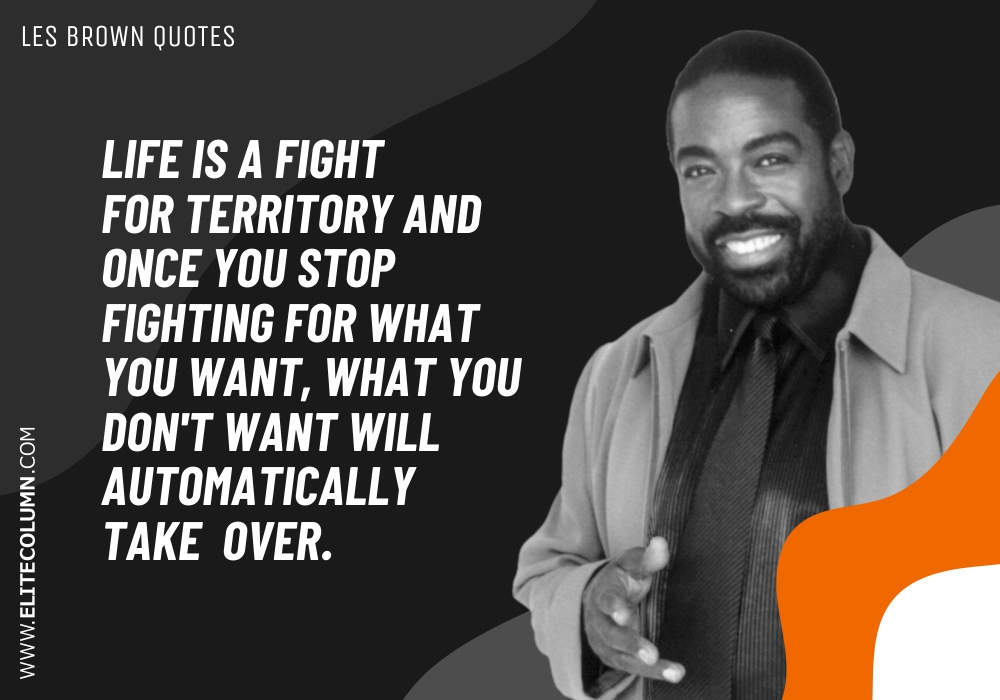 40. “Life is a fight for territory and once you stop fighting for what you want, what you don’t want will automatically take over.” – Les Brown

41. “You must remain focused on your journey to greatness.” – Les Brown 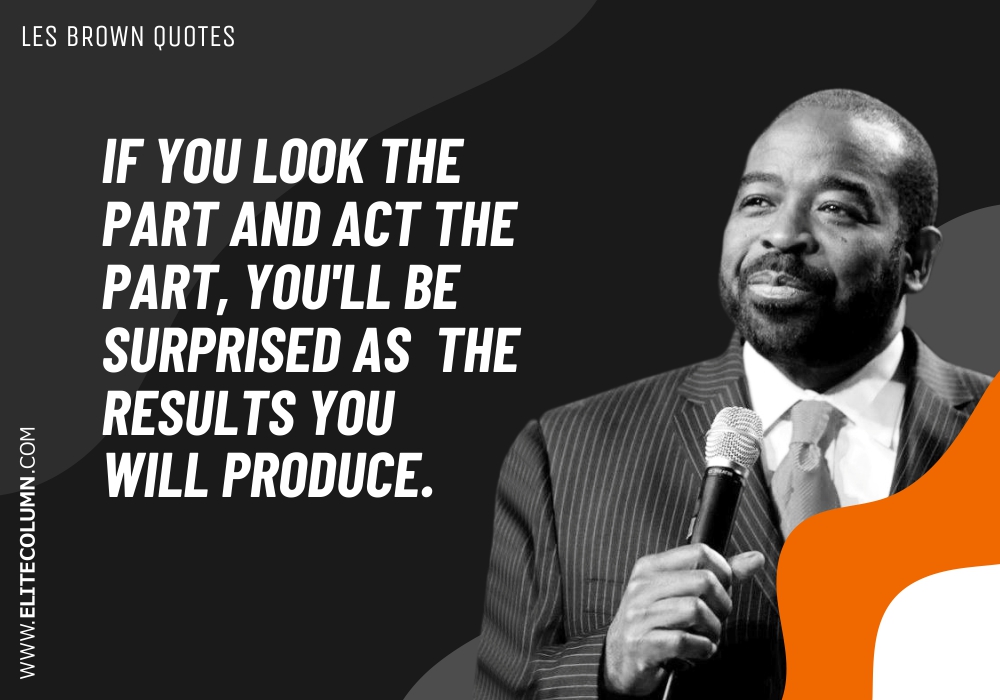 43. “If you look the part and act the part, you’ll be surprised as the results you will produce.” – Les Brown

44. “The people that want to step into their greatness are hungry.” – Les Brown