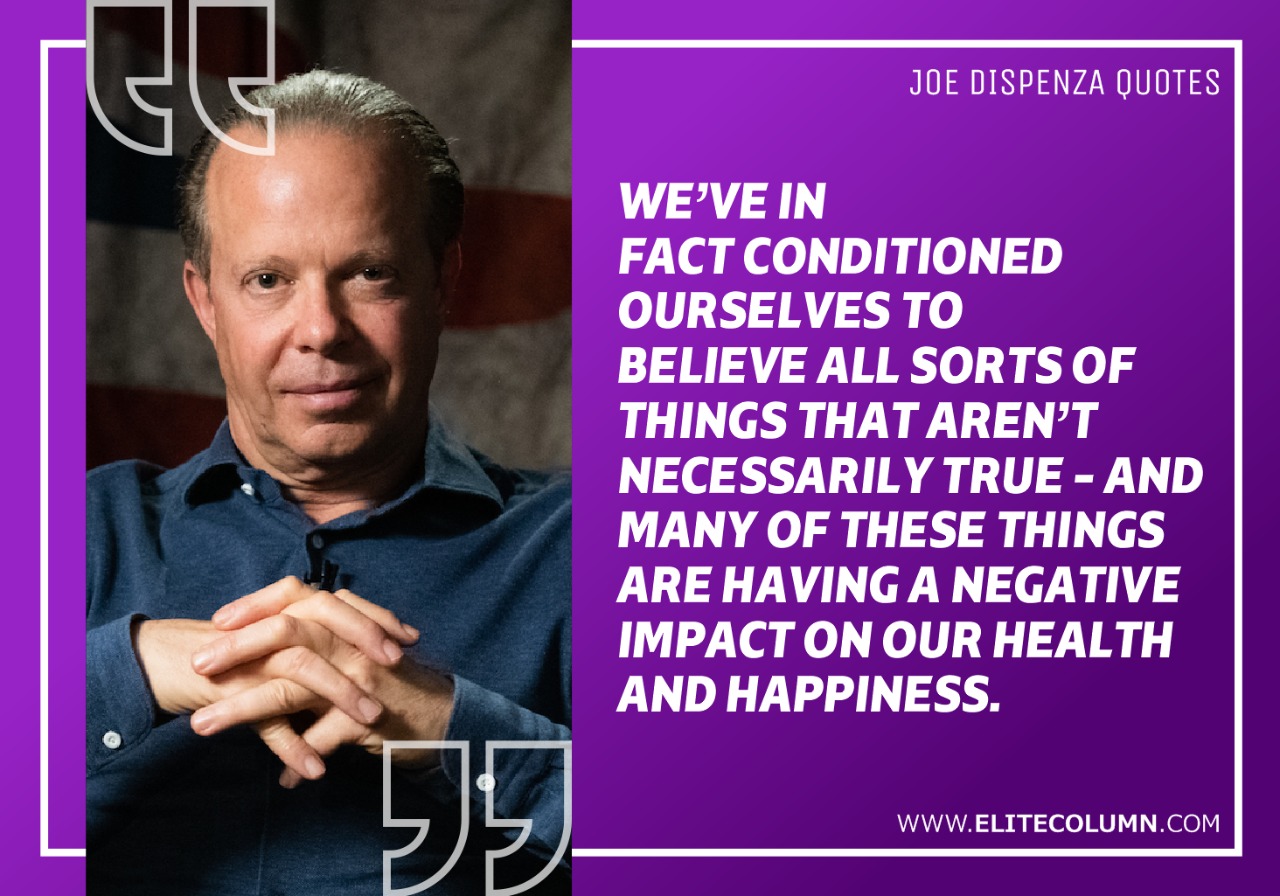 Dr. Joe Dispenza holds a B.S. degree with an emphasis in Neuroscience. He studied biochemistry at Rutgers University. He received his Doctor of Chiropractic Degree from Life University in Atlanta, Georgia, graduating magna cum laude. His postgraduate education has been in neurology, neuroscience, brain function and chemistry, cellular biology, memory formation, and aging and longevity. Over the past decade, he has lectured in 24 countries on six continents educating people about the function and role of the human brain. He wrote two best-selling books, Evolve Your Brain: The Science of Changing Your Mind and Breaking the Habit of Being Yourself: How to Lose Your Mind and Create a New One. EliteColumn brings you best Joe Dispenza quotes.

“We’ve in fact conditioned ourselves to believe all sorts of things that aren’t necessarily true — and many of these things are having a negative impact on our health and happiness.” – Joe Dispenza

“If we have very strong beliefs about something, evidence to the contrary could be sitting right in front of us, but we may not see it because what we perceive is entirely different.” – Joe Dispenza

“Learning is forming new connections in the brain and memory is maintaining/sustaining those connections.” – Joe Dispenza

“When you are observing the old self, you are no longer the program, now you are the consciousness observing the program and that’s when you begin to objectify your subjective self.” – Joe Dispenza

“If you become aware of your automatic habits and you are conscious of your unconscious behaviors so you cannot go unconscious again, then you are changing.” – Joe Dispenza

“You can change your brain just by thinking differently.” – Joe Dispenza

“The privilege of being a human being is that we can make a thought seem more real than anything else.” – Joe Dispenza

“The moment we accept that the internal world has an effect on the external world, we have to begin to use the frontal lobe.” – Joe Dispenza

“Most people are so distracted by their external world that they don’t use their frontal lobe properly.” – Joe Dispenza