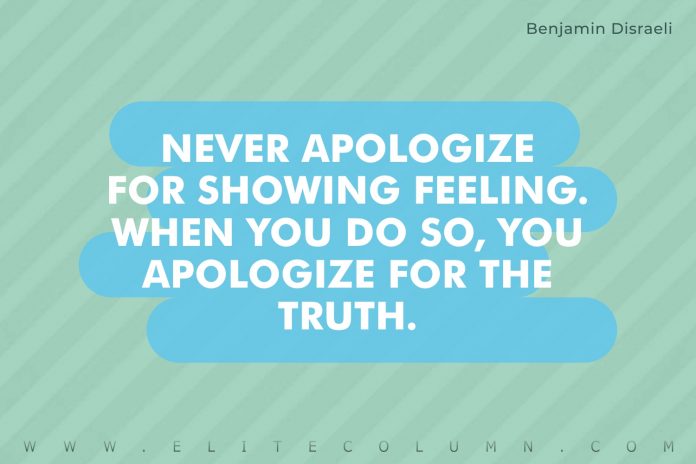 1. “However beautiful the strategy, you should occasionally look at the results.” – Winston Churchill

2. “I’m an angel. The horns are only there to hold up the halo.” – Suzanne Wright

3. “There is never a better measure of what a person is than what he does when he’s absolutely free to choose.” – William M. Bulger

5. “If you’re not failing every now and again, it’s a sign you’re not doing anything very innovative.” – Woody Allen

6. “Be kind, for everyone you meet is fighting a harder battle.” – Plato

8. “The world hates change yet it is the only thing that has brought progress.” – Charles F. Kettering

9. “Nothing is so fatiguing as the eternal hanging on of an uncompleted task.” – William James.

10. “Some fellows get credit for being conservative when they are only stupid.” – Kim Hubbard

13. “Life is like a bird, it’s pretty cute until it shits on your head.” – Anonymous

14. “My father gave me the greatest gift anyone could give another person. He believed in me.” – Jim Valvano

15. “It is far better to be alone, than to be in bad company.” – George Washington

16. “Life’s tragedy is that we get old too soon and wise too late.” – Benjamin Franklin

17. “To keep the dream alive, hit the snooze button.” – Anonymous

19. “Life can only be understood backwards, but it must be lived forward.” – Soren Kierkegaard

21. “The worst distance between two people is misunderstanding.” – Anonymous

22. “Don’t worry about people stealing an idea. If it’s original, you will have to ram it down their throats.” – Howard Aiken

24. “Whoever best describes a problem is the one most likely to solve it.” – Dan Roam

25. “Dreams have only one owner at a time. That’s why dreamers are lonely.” –  Erma Bombeck

27. “I not only use all the brains I have, but all that I can borrow.” – Woodrow Wilson

28. “Everyone has a sense of humor. If you don’t laugh at jokes, you probably laugh at opinions.” – Criss Jami

29. “What gets measured gets managed.” – Peter Drucker

30. “Faced with the choice between changing one’s mind and proving that there is no need to do so, almost everyone gets busy on the proof.” – John Kenneth Galbraith

32. “The first principle is that you must not fool yourself, and you are the easiest person to fool.” – Richard P. Feynman

35. “An ounce of action is worth a ton of theory.” – Ralph Waldo Emerson

36. “Your true value depends entirely on what you are compared with.” – Anonymous

39. “Knowledge is proud she knows so much; wisdom is humble that she knows no more.” – William Cowper

40. “Every man is the architect of his own fortune.” – Anonymous

41. “We can’t always build the future for our youth, but we can build our youth for the future.” – Franklin D. Roosevelt

42. “He who wrestles with us, strengthens our nerves and sharpens our skills. Our antagonist is our helper.” – Edmund Burke

43. “How you think when you lose determines how long it will be until you win.” – Gilbert Keith Chesterton

44. “The best way to have a good idea is to have lots of ideas.” – Linus Pauling

45. “All progress has resulted from people who took unpopular positions.” – Adlai E. Stevenson

47. “When you are angry, try your best to go to sleep because it keeps you away from speaking, writing, and thinking.” – Amit Kalantri

48. “So just let me deal with it, I can be emotionally flawed and still love you all at the same time. I’m a great multitasker.” – Holly Hood

49. “A conservative is a man with two perfectly good legs who, however, has never learned how to walk forward.” – Franklin D. Roosevelt

51. “Intelligence is more important than strength, that is why earth is ruled by men and not by animals.” – Amit Kalantri

54. “Pretending to care what men think is an art. It takes moments to learn, but lifetimes to master. I’d like to believe I’m an expert.” – Dennis Sharpe

55. “You should praise, criticize and flirt with people right to their face, only then it will make a difference.” – Amit Kalantri

60. “By working faithfully eight hours a day, you may eventually get to be boss and work twelve hours a day.” – Robert Frost

62. “Don’t be too timid and squeamish about your actions. All life is an experiment.” – Ralph Waldo Emerson

64. “Do your own thinking independently. Be the chess player, not the chess piece.” – Ralph Charell

65. “Assumption is the mother of all screw-ups.” – Anonymous

66. “It is not the strongest of the species that survive, nor the most intelligent, but the one most responsive to change.” – Charles Darwin

67. “Playing it safe is the riskiest choice we can ever make.” – Sarah Ban Breathnach

68. “I don’t let go of concepts. I meet them with understanding. Then they let go of me.” – Byron Katie

69. “The greatest risk is to risk nothing at all.” – Anonymous

70. “The greatest mistake you can make in life is to be continually fearing you will make a mistake.” – Elbert Hubbard

71. “I suppose it is tempting, if the only tool you have is a hammer, to treat everything as if it were a nail.” – Abraham Maslow

73. “If everything seems to be coming your way, you’re probably in the wrong lane.” – Anonymous

Thanks for checking out the best Witty Quotes. Feel free to share the quotes with your friends. Leave a comment below and which are your favourite Witty Quotes ?