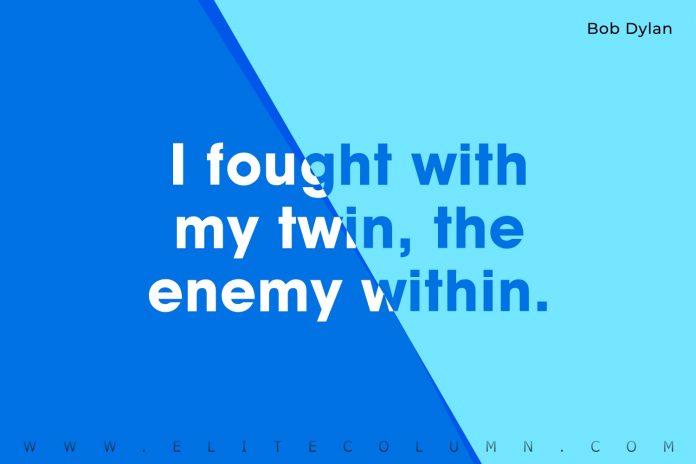 1. “Just because two people look the same, doesn’t mean they have the same dreams.” – Brandy Scraps

3. “Twins have a special bond. They feel safer with each other than with their peers.” – Jeanne Phillips

5. “The man who is ostentatious of his modesty is twin to the statue that wears a fig leaf.” – Mark Twain

6. “When I was born, the doctor took one look at my face, turned me over and said, “Look, twins!” – Rodney Dangerfield

7. “Constant togetherness is fine but only for Siamese twins.” – Victoria Billings

8. “Mum used to say we were the same soul split in two and walking around on four legs. It seems unnatural being born together and then dying apart.” – Melodie Ramone

9. “My twin sister, my cousin, and I used to write and perform plays for my family. We raided the closets for costumes and fought over parts. I’m sure I was the bossiest one.” – Connie Britton

10. “Identical twins are endemically alike in many ways.” – Edward Norton

11. “In this life, we will never truly be apart, for we grew to the same beat of our mother’s heart.” – Daphne Fandrich

12. “When you swear, swear seriously and solemnly, but at the same time with a smile, for a smile is the twin sister of seriousness.” – Plato

13. “I was much distressed by next door people who had twin babies and played the violin; but one of the twins died, and the other has eaten the fiddle, so all is peace.” – Edward Lear

14. “O’er the rugged mountain’s brow Clara threw the twins she nursed, And remarked, ‘I wonder now which will reach the bottom first?’ – Harry Graham

15. “Real excellence and humility are not incompatible one with the other, on the contrary, they are twin sisters.” – Jean Baptiste Henri Lacordaire

16. “I believe the only people who truly experience and test the application of equality are twins.” – Janis Joplin

17. “Twins are so practical. It’s always nice to have a spare.” – Billie Burke

18. “Persistence is the twin sister of excellence. One is a matter of quality; the other, a matter of time.” – Marabel Morgan

19. “The best thing about having a sister was that I always had a friend.” – Cali Rae Turner

20. “Being a twin, and knowing if my twin was gone or lost – that’s a part of me. There’s no way I could be the same person knowing my brother had passed away.” – Scott Ellis

21. “In the world we live in, what we know and what we don’t know are like Siamese twins, inseparable, existing in a state of confusion.” – Haruki Murakami

22. “You know, identical twins are never really identical. There is always one that is prettier, and the other one does all the work.” – Hedra Carlson

23. “Mum used to say we were the same soul split in two and walking around on four legs. It seems unnatural being born together and then dying apart.” – Melodie Ramone

24. “I’ve been competitive since day one. Even in little things as a child, like having a twin and a direct competitor for who makes better cookies.” – Gracie Gold

25. “True twins share womb chemistry and endure many fateful slings and arrows together. The fabled connection between twins is true in my case.” – Gregory Benford

26. “Not even identical twins can have the exact same experiences, and their brains are not wired the same way.” – John Medina

27. “With twins, reading aloud to them was the only chance I could get to sit down. I read them picture books until they were reading on their own.” – Beverly Cleary

28. “I can’t tell you how terribly glad I am that you’re going to be all right, George said, rather thickly. I…I wouldn’t know how to act without a twin.” – Sarah Brazytis

29. “I would love to have twins a girl and a boy but who knows if that would happen. It would be my ideal situation. Wham, bam, be done with it.” – Joanna Krupa

30. “identical twins who have the exact same genes, one may die early of a heart attack and the other may live a long, healthy life depending on their lifestyle and what they eat.” – Michael Greger

31. “You can’t live like a monk if you have two five-year-old twins. That ain’t happening. Just the opposite, actually.” – Scott Ellis

34. “You can spend too much time wondering which of identical twins is the more alike.” – Robert Brault

35. “Look at identical twins. When you get closer, you start to see the small differences. It all depends on how much you magnify it.” – Brian Swanson

36. “Twins need to know that they can be alone without their twin.” – Joan A. Friedman

37. “The special relationship with twins is that, if there’s anyone else in the world that’s going to get or be the confidant that you need, it’s an identical twin.” – Sam Underwood

38. “Some twins feel like they need to compare themselves to each other, but we’re not that way. That’s because of my parents, though, and having six kids in the family.” – Ashley Olsen

39. “Being a twin is like being born with a best friend.” – Tricia Marrapodi

40. “My strength and my weakness are twins in the same womb.” – Marge Piercy

41. “There are two things in life for which we are never truly prepared: twins.” – Josh Billings

42. “They’re not just sisters and twins. They’re best friends, and they care genuinely about each other.” – Chelsi Welch

43. “When twins are separated, their spirits steal away to find the other.” – Jandy Nelson

44. “At times like this, Eryn didn’t feel like they were just twins. They were teammates. They were partners. They were two halves of the same brain.” – Margaret Peterson Haddix

45. “Body and spirit are twins: God only knows which is which.” – Algernon Charles Swinburne

46. “Doubt is a pain too lonely to know that faith is his twin brother.” – Khalil Gibran

48. “My sister and I, you will recollect, were twins, and you know how subtle are the links which bind two souls which are so closely allied.” – Arthur Conan Doyle

50. “You were born together, and together you shall be forevermore… but let there be spaces in your togetherness. And let the winds of the heavens dance between you.” – Kahlil Gibran

Thanks for checking out the best Twin Quotes. Feel free to share the quotes with your friends. Leave a comment below and which are your favourite Twin Quotes ?