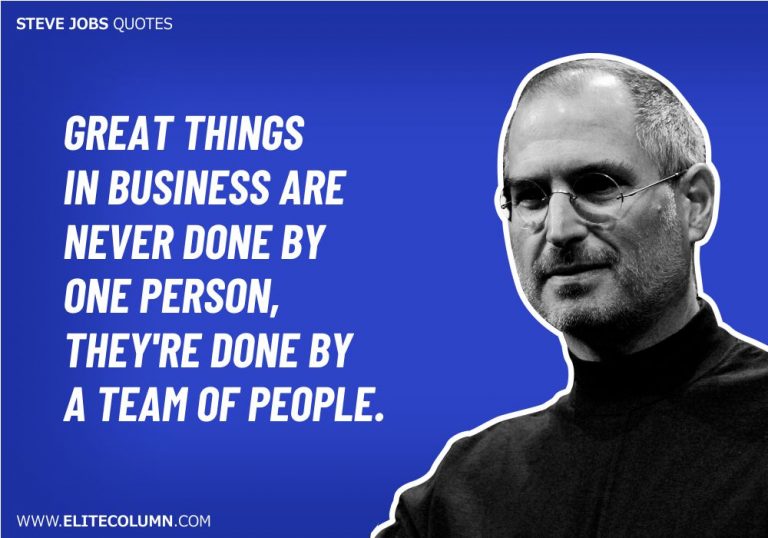 Steve Jobs co-founded Apple Computers with Steve Wozniak. Born to two University of Wisconsin graduate students, he was given up for adoption. As an infant, he was adopted by Clara and Paul Jobs. He dropped out of Reed College and experimented with different pursuits before co-founding Apple in 1976. In early 1974, he went for a pilgrimage to India for experiencing Buddhism. He left Apple in 1985, launching Pixar Animation Studios. More than a decade later, he returned to Apple. He died in 2011 following a long battle with pancreatic cancer. EliteColumn lists out the most inspirational Steve Jobs quotes. 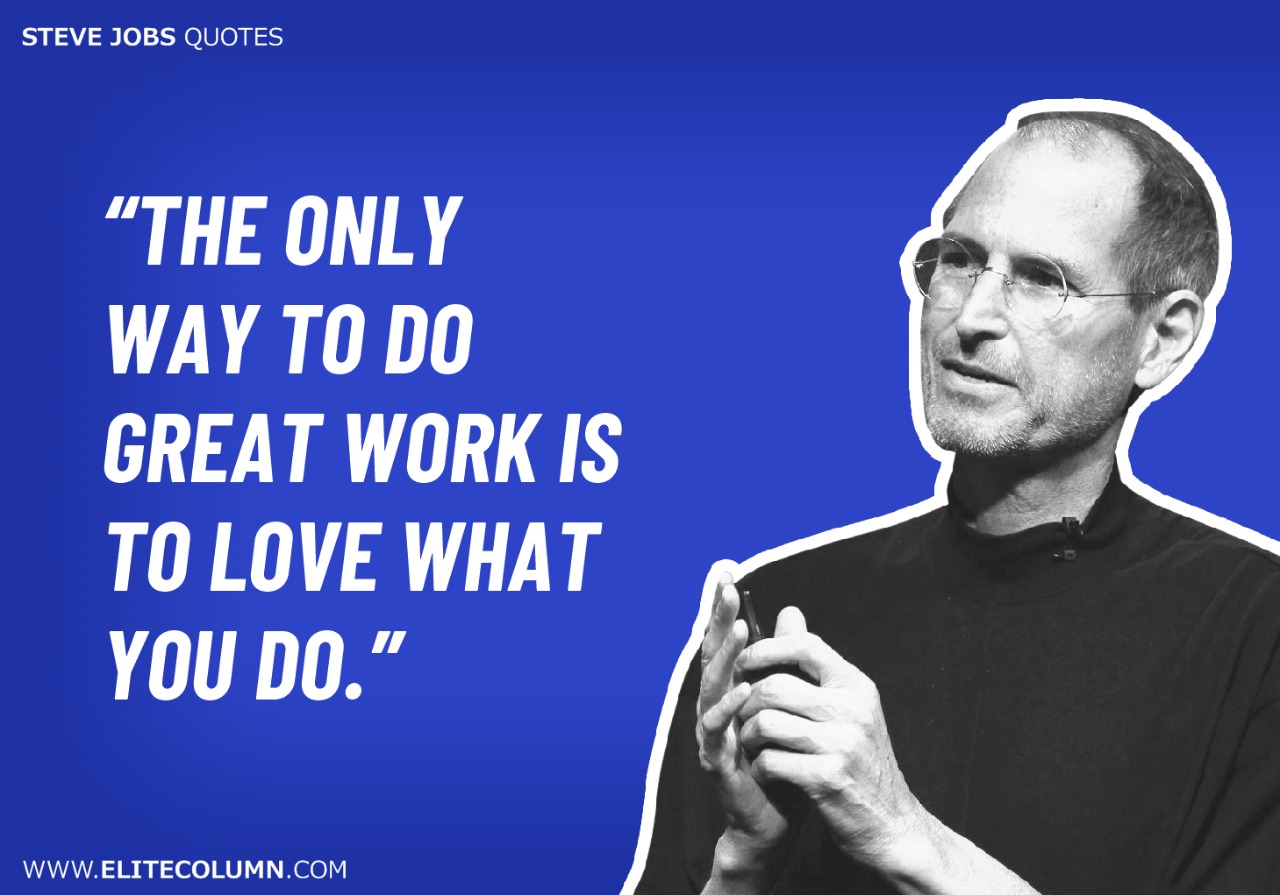 4. “If you are working on something exciting that you really care about you don’t have to be pushed, the vision pulls you.” – Steve Jobs 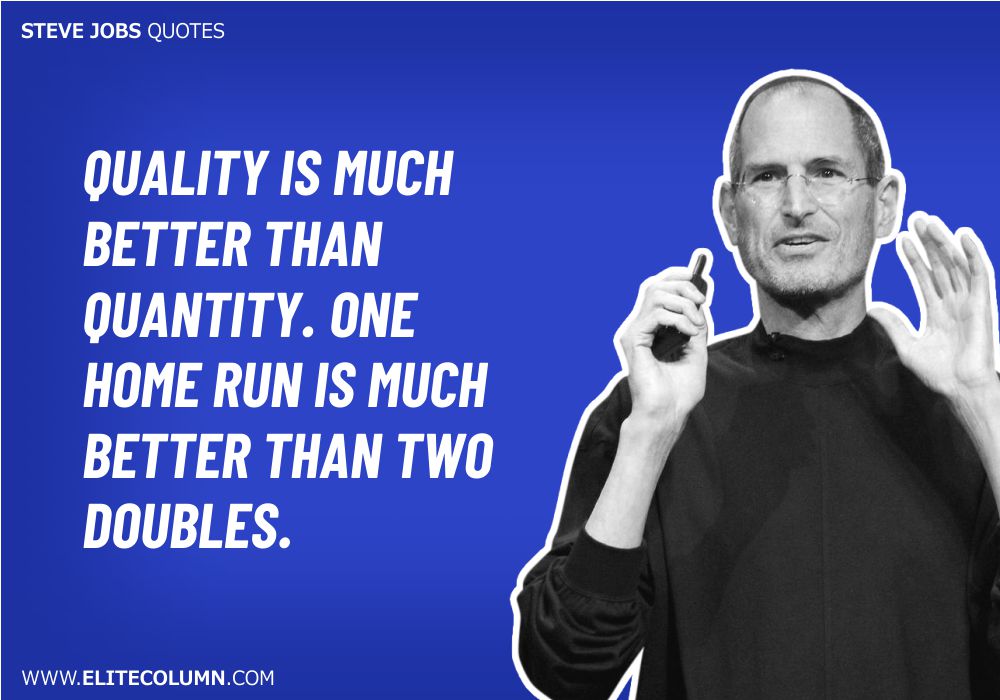 8. “It’s only by saying no that you can concentrate on the things that are really important.” – Steve Jobs

9. “There is no reason not to follow your heart.” – Steve Jobs 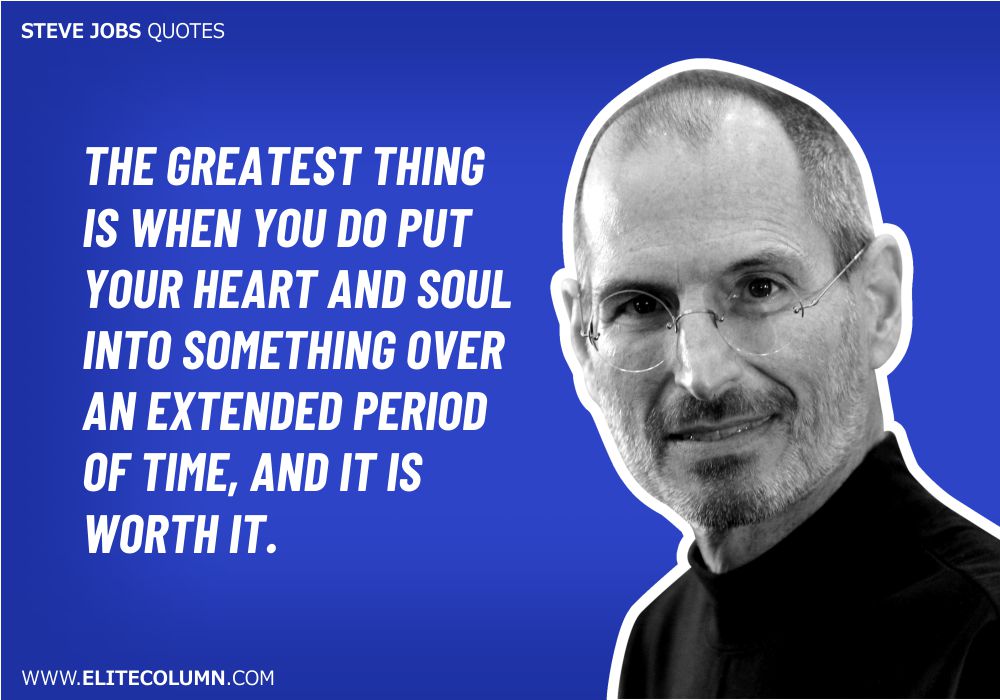 10. “The greatest thing is when you do put your heart and soul into something over an extended period of time, and it is worth it.” – Steve Jobs

11. “That’s been one of my mantras – focus and simplicity. Simple can be harder than complex.” – Steve Jobs

13. “Sometimes life will hit you in the head with a brick, don’t lose faith.” – Steve Jobs 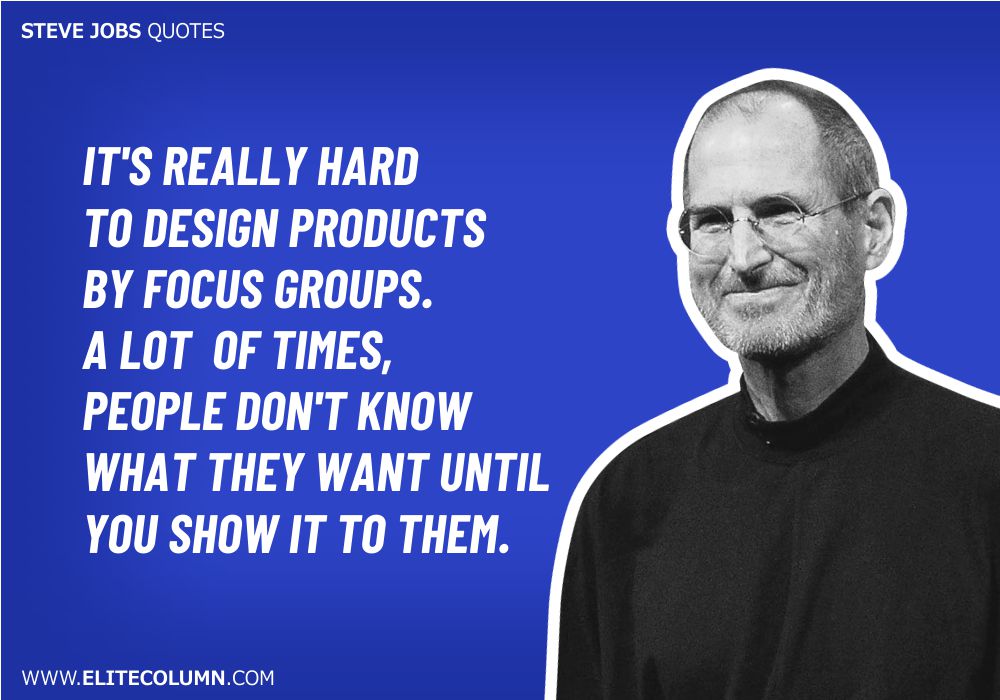 14. “It’s really hard to design products by focus groups. A lot of times, people don’t know what they want until you show it to them.” – Steve Jobs

18. “My favorite things in life don’t cost any money. It’s really clear that the most precious resource we all have is time.” – Steve Jobs 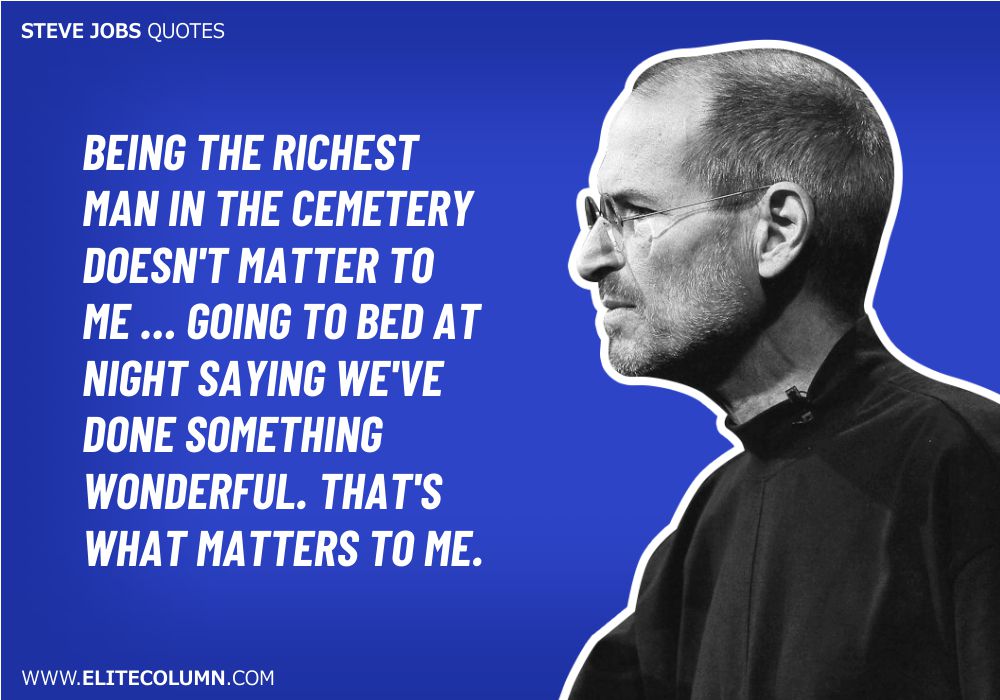 19. “Being the richest man in the cemetery doesn’t matter to me … Going to bed at night saying we’ve done something wonderful. That’s what matters to me.” – Steve Jobs

21. “Everyone here has the seen that right now is one of those moments when we are influencing the future.” – Steve Jobs 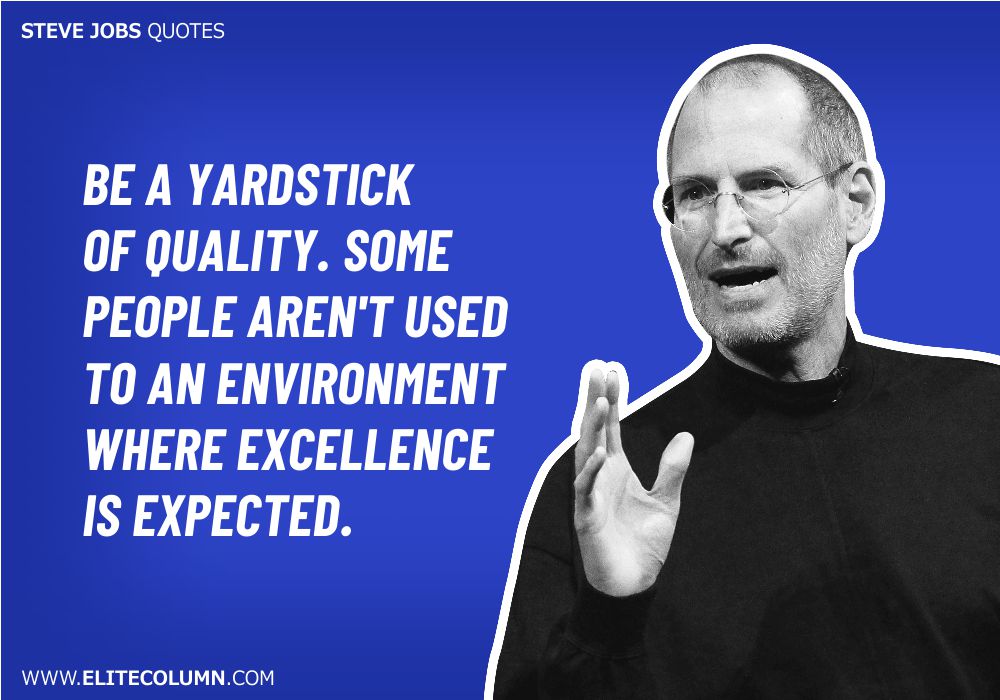 24. “Be a yardstick of quality. Some people aren’t used to an environment where excellence is expected.” – Steve Jobs

25. “Design is not just how it looks and feels like. Design is how it works.” – Steve Jobs

26. “Let’s go invent tomorrow rather than worrying about what happened yesterday.” – Steve Jobs

28. “Have the courage to follow your heart and intuition. They somehow know what you truly want to become.“ – Steve Jobs 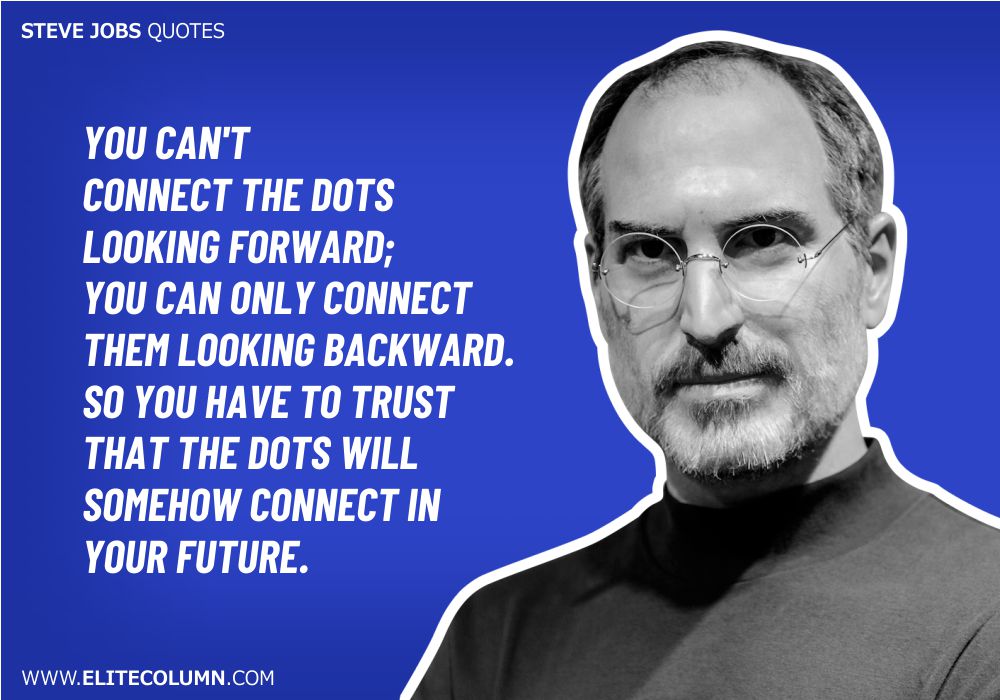 29. “You can’t connect the dots looking forward; you can only connect them looking backward. So you have to trust that the dots will somehow connect in your future.” – Steve Jobs

30. “You need to find what you love. And that is true both for your work and relationships.” – Steve Jobs

31. “Those who are crazy enough to think they can change the world usually do.” – Steve Jobs

33. “I’m convinced that half of what separates the successful entrepreneurs from the non-successful ones is pure perseverance.” – Steve Jobs 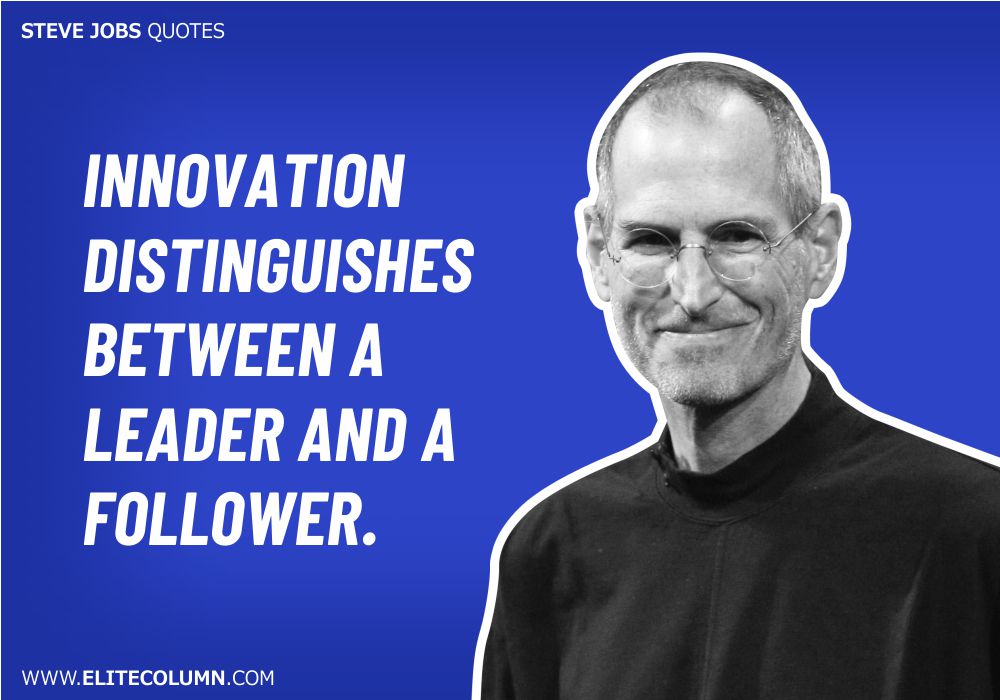 34. “Innovation distinguishes between a leader and a follower.” – Steve Jobs

35. “My favorite things in life don’t cost any money. It’s really clear that the most precious resource we all have is time.” – Steve Jobs

36. “Have the courage to follow your heart and intuition. They somehow know what you truly want to become.” – Steve Jobs 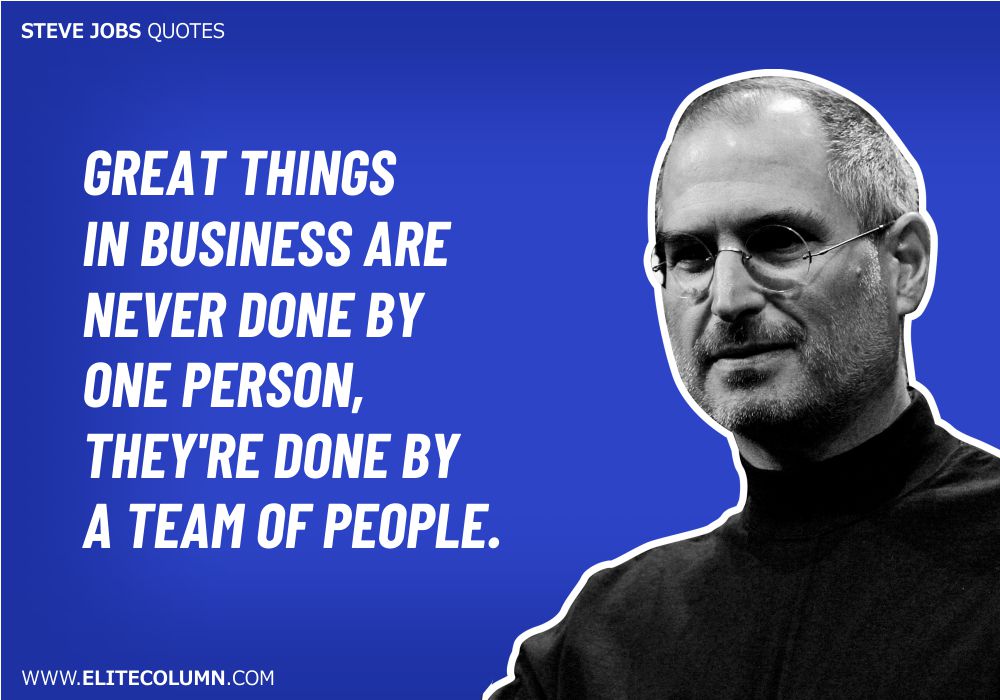 37. “Great things in business are never done by one person, they’re done by a team of people.” – Steve Jobs

38. “Your time is limited, so don’t waste it living someone else’s life.” – Steve Jobs

39. “Things don’t have to change the world to be important.” – Steve Jobs

40. “Life is about creating and living experiences that are worth sharing.” – Steve Jobs 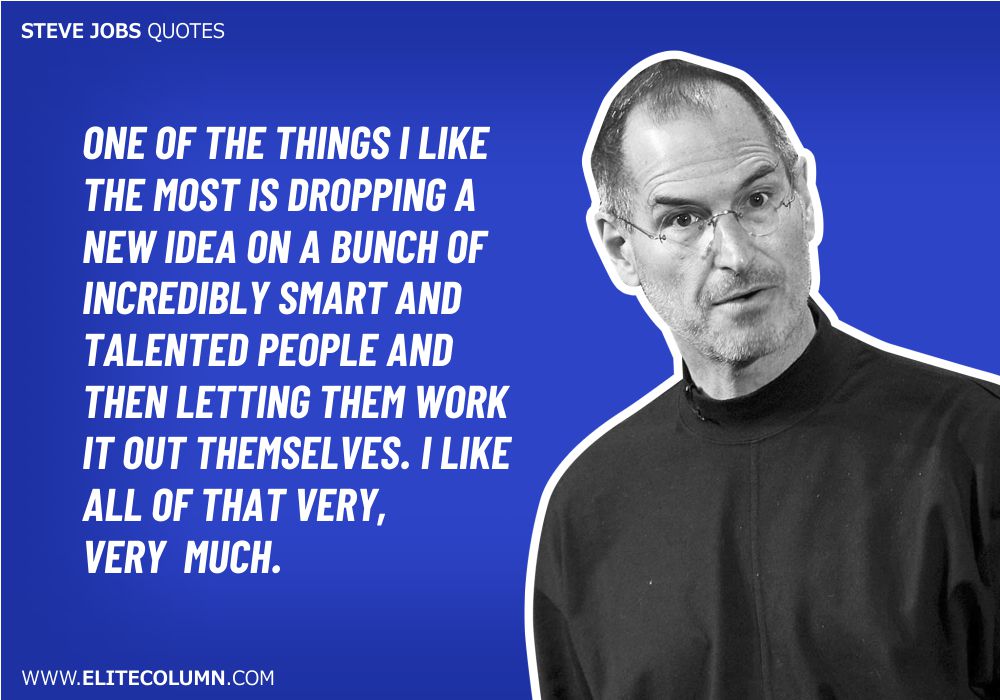 41. “One of the things I like the most is dropping a new idea on a bunch of incredibly smart and talented people and then letting them work it out themselves. I like all of that very, very much.” – Steve Jobs

42. “Sometimes when you innovate, you make mistakes. It is best to admit them quickly, and get on with improving your other innovations.” – Steve Jobs

This site uses Akismet to reduce spam. Learn how your comment data is processed.