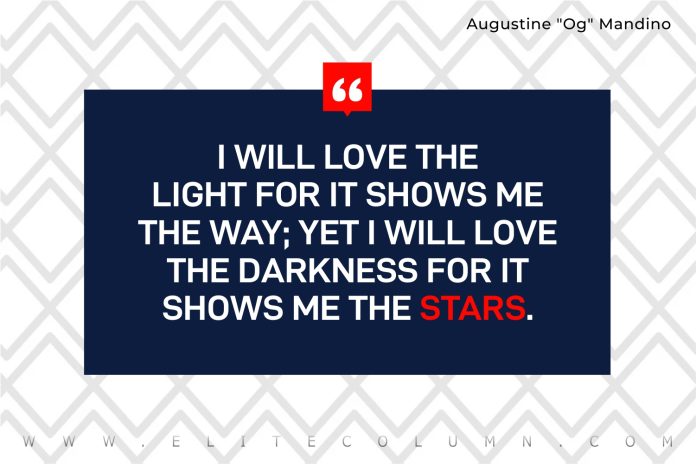 1. “Moonlight drowns out all but the brightest stars.” – J.R.R. Tolkien

2. “I like the night. Without the dark, we’d never see the stars.” – Stephenie Meyer

3. “There’s as many atoms in a single molecule of your DNA as there are stars in the typical galaxy. We are, each of us, a little universe.” – Neil deGrasse Tyson

4. “Each star is a mirror reflecting the truth inside you.” – Aberjhani

6. “Look at the stars. See their beauty. And in that beauty, see yourself.” – Draya Mooney

7. “Maybe that’s what life is a wink of the eye and winking stars.” – Jack Kerouac

8. “There wouldn’t be a sky full of stars if we were all meant to wish on the same one.” – Frances Clark

9. “Only in the darkness can you see the stars.” – Martin Luther King Jr

10. “May all the stars hang bright above her dwelling, silent as though they watched the sleeping earth!” – Samuel Taylor Coleridge

11. “It shows you exactly how a star is formed; nothing else can be so pretty! A cluster of vapor, the cream of the milky way, a sort of celestial cheese, churned into light.” – Benjamin Disraeli

12. “It is reasonable to hope that in the not too distant future we shall be competent to understand so simple a thing as a star.” – Arthur Eddington

14. “What Is Love? I have met in the streets a very poor young man who was in love. His hat was old, his coat worn, the water passed through his shoes and the stars through his soul.” – Victor Hugo

15. “Happiness is always there. You just have to choose to see it. There’s no point dwelling in the dark and ignoring the light of the stars.” – Carrie Hope Fletcher

16. “I saw the world from the stars’ point of view, and it looked unbearably lonely.” – Shaun David Hutchinson

18. “The stars will go out before I forget you, Mark Blackthorn.” – Cassandra Clare

19. “When it is dark enough, you can see the stars.” – Ralph Waldo Emerson

21. “The nitrogen in our DNA, the calcium in our teeth, the iron in our blood, the carbon in our apple pies were made in the interiors of collapsing stars. We are made of starstuff.” – Carl Sagan

22. “Though my soul may set in darkness, it will rise in perfect light; I have loved the stars too fondly to be fearful of the night.” – Sarah Williams

23. “It is not in the stars to hold our destiny but in ourselves.” – Lisa Mantchev

24. “Dwell on the beauty of life. Watch the stars, and see yourself running with them.” – Marcus Aurelius

25. “All we ever see of stars are their old photographs.” – Alan Moore

26. “Not just beautiful, though the stars are like the trees in the forest, alive and breathing. And they’re watching me.” – Haruki Murakami

28. “Do not complain beneath the stars about the lack of bright spots in your life.” – Bjo rnstjerne Bjornson

30. “You are damaged and broken and unhinged. But so are shooting stars and comets.” – Nikita Gill

31. “The cosmos is within us. We are made of star-stuff. We are a way for the universe to know itself.” – Carl Sagan

32. “In your life, you will meet shooting stars. You will see them, make your wish and see them disappear.” – Nahiar Ozar

33. “What are we but shooting stars, hoping to shine long enough to make at least one soul believe in the magic.” – Sherry Namdeo

34. “Don’t whisper your wishes to faraway stars, shout them boldly at the sun.” – Richelle E. Goodrich

35. “No pessimist ever discovered the secret of the stars, or sailed to an uncharted land, or opened a new doorway for the human spirit.” – Helen Keller

36. “Set your course by the stars, not by the lights of every passing ship.” – Omar N. Bradley

37. “To the youth of today, I also have a wish to make: be the scriptwriters of your destiny and feature yourselves as stars that showed the way towards a brighter future.” – Nelson Mandela

39. “I’m a dreamer. I have to dream and reach for the stars, and if I miss a star then I grab a handful of clouds.” – Mike Tyson

40. “Reach high, for stars lie hidden in you. Dream deep, for every dream precedes the goal.” – Rabindranath Tagore

41. “Begin doing what you want to do now. We are not living in eternity. We have only this moment, sparkling like a star in our hand and melting like a snowflake.” – Francis Bacon

42. “Stretching his hand up to reach the stars, too often man forgets the flowers at his feet.” – Jeremy Bentham

43. “When you wish upon a star, makes no difference who you are. Anything your heart desires will come to you.” – Jiminy Cricket

44. “Keep your eyes on the stars, and your feet on the ground.” – Theodore Roosevelt

45. “A sky as pure as water bathed the stars and brought them out.” – Antoine de Saint

46. “For my part, I know nothing with any certainty, but the sight of the stars makes me dream.” – Vincent van Gogh

47. “The stars are the land-marks of the universe.” – Sir John Frederick William Herschel

48. “It is not in the stars to hold our destiny but in ourselves.” – William Shakespeare

50. “New stars offer to the mind a phenomenon more surprising, and less explicable, than almost any other in the science of astronomy.” – George Adams

Thanks for checking out the best Star Quotes. Feel free to share the quotes with your friends. Leave a comment below and which are your favourite Star Quotes ?