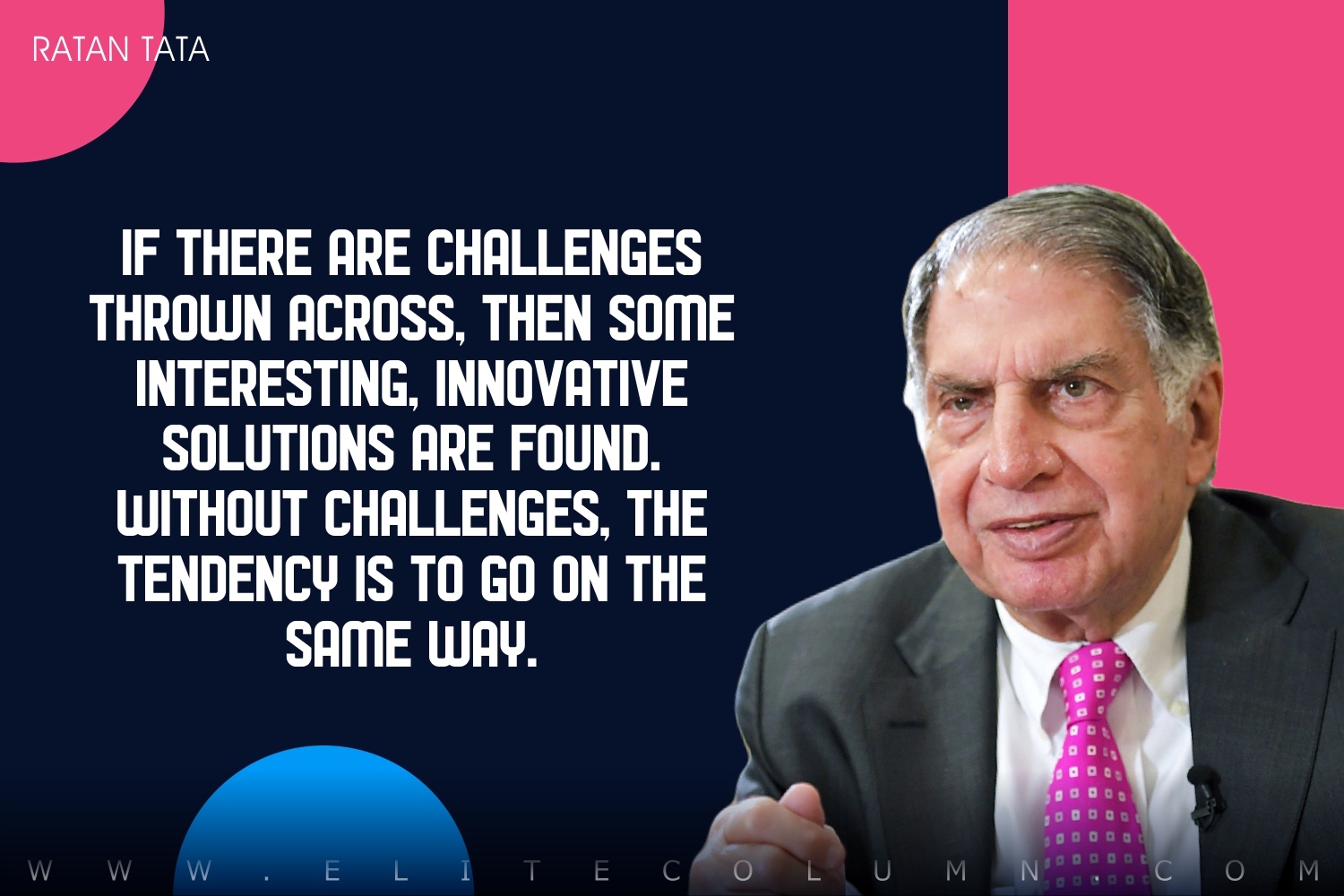 1. “If there are challenges thrown across, then some interesting, innovative solutions are found. Without challenges, the tendency is to go on the same way.” – Ratan Tata

2. “Deal with a crisis in such a way that you can hold your head high and sleep well at night.” – Ratan Tata

3. “People still believe what they read is necessarily the truth.” – Ratan Tata

5. “Take the stones people throw at you. and use them to build a monument.” – Ratan Tata

7. “I don’t believe in taking right decisions. I take decisions and then make them right.” – Ratan Tata

8. “Young entrepreneurs will make a difference in the Indian ecosystem.” – Ratan Tata

11. “Businesses need to go beyond the interest of their companies to the communities they serve.” – Ratan Tata

12. “Young entrepreneurs will make a difference in the Indian ecosystem.” – Ratan Tata

13. “The strong life and the weak die. There is some bloodshed, and out of it emerges a much leaner industry, which tends to survive.” – Ratan Tata

14. “I have always been very confident and very upbeat about the future potential of India. I think it is a great country with great potential.” – Ratan Tata

15. “Indian car buyers have not really been exposed to customer care in a competitive environment.” – Ratan Tata

16. “I would say that one of the things I wish I could do differently would be to be more outgoing.” – Ratan Tata

17. “I admire people who are very successful. But if that success has been achieved through too much ruthlessness, then I may admire that person, but I can’t respect him.” – Ratan Tata

18. “There are many things that, if I have to relive, maybe I will do it another way. But I would not like to look back and think what I have not been able to.” – Ratan Tata