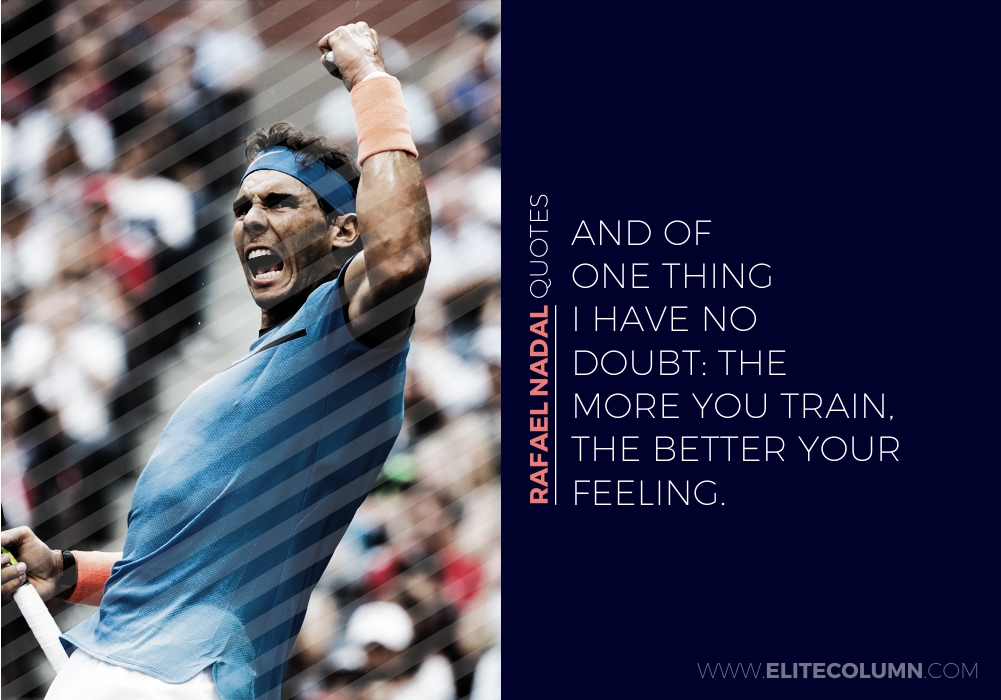 Rafael Nadal Parera is a Spanish tennis player who emerged in the early 21st century as one of the game’s leading competitors, especially noted for his performance on clay. He won a record 12 career French Open championships. He grew up in a sports-minded family. His uncle Miguel Angel Nadal was a professional association football player who competed in the 2002 World Cup. Rafael Nadal quotes will help you battle your struggles. EliteColumn brings you 15 handpicked Rafael Nadal quotes. 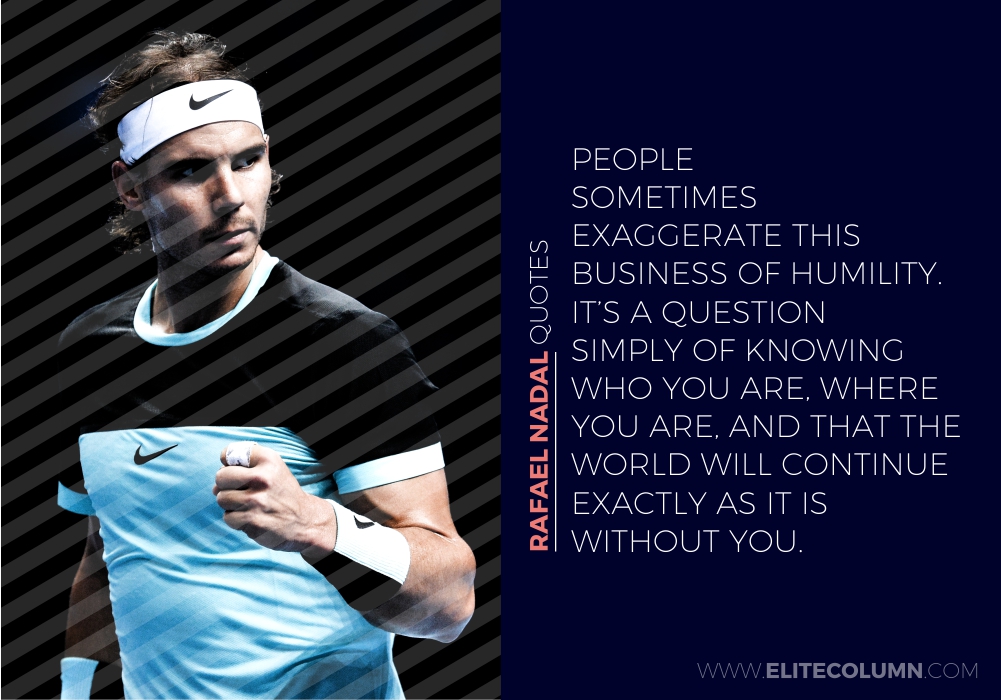 1. “People sometimes exaggerate this business of humility. It’s a question simply of knowing who you are, where you are, and that the world will continue exactly as it is without you.” – Rafael Nadal

4. “When you compete every week, when you play under pressure daily, you find your rituals to be 100 percent focused on what you’re doing.” – Rafael Nadal 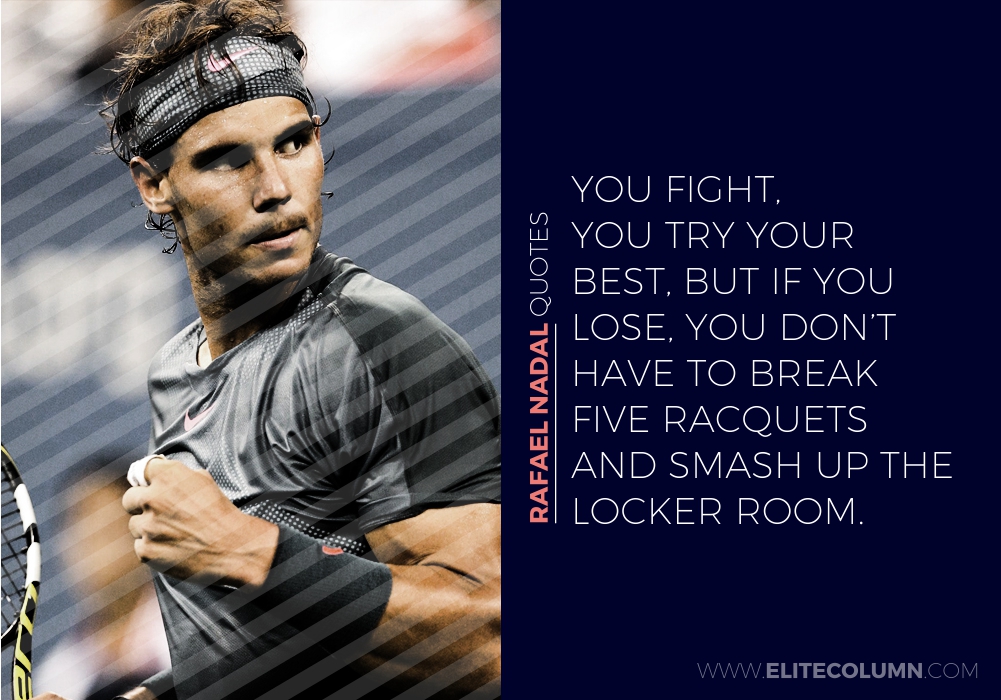 5. “You fight, you try your best, but if you lose, you don’t have to break five racquets and smash up the locker room.” – Rafael Nadal

7. “The only way of finding a solution is to fight back, to move, to run, and to control that pressure.” – Rafael Nadal 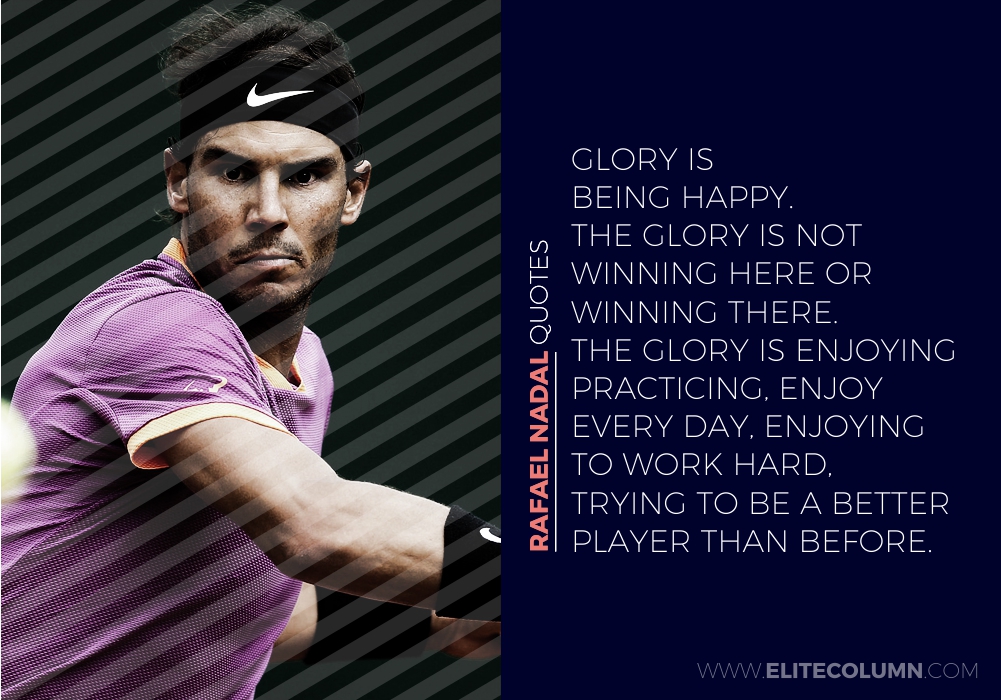 8. “Glory is being happy. The glory is not winning here or winning there. The glory is enjoying practicing, enjoy every day, enjoying to work hard, trying to be a better player than before.” – Rafael Nadal

9. “If you lose, you cannot enjoy the victories. So I have to accept both things.” – Rafael Nadal

10. “More than anything, believe that you can win.” – Rafael Nadal

11. “And of one thing I have no doubt: the more you train, the better your feeling.” – Rafael Nadal

12. “However great your dedication, you never win anything on your own.” – Rafael Nadal

13. “No one is perfect. Everybody does stupid things.” – Rafael Nadal 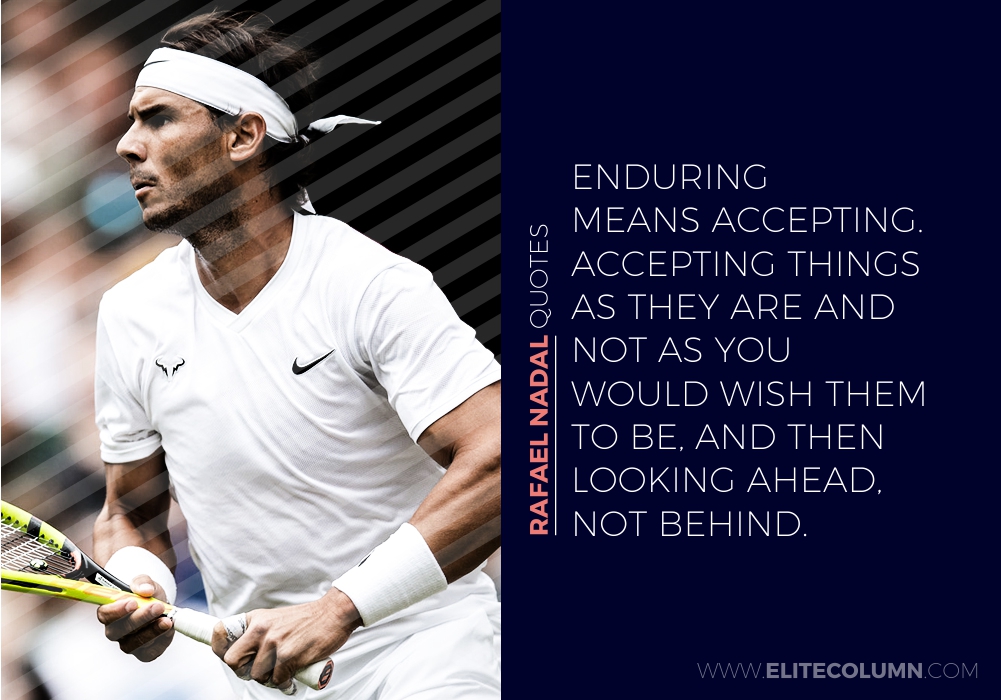 14. “Enduring means accepting. Accepting things as they are and not as you would wish them to be, and then looking ahead, not behind.” – Rafael Nadal

15. “Tennis is all about dedication, motivation and the will to win.” – Rafael Nadal

16. “You need to love what you are doing and appreciate every moment.” – Rafael Nadal