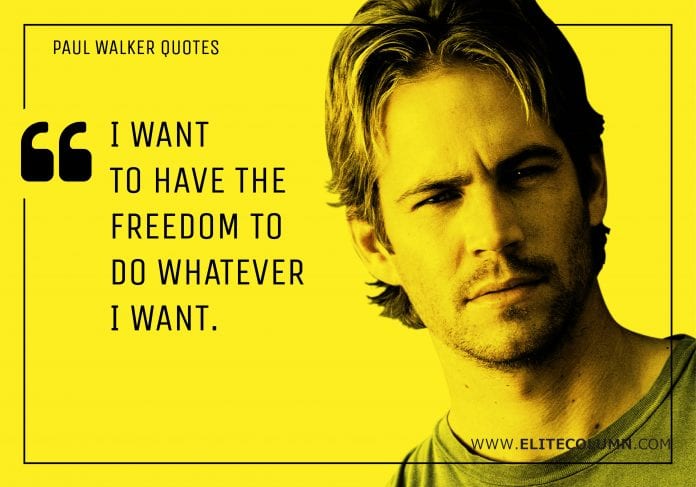 Paul Walker was an American actor who came to fame in movies such as Varsity Blues and became well-known for his starring role in The Fast and the Furious franchise. Walker got his breakthrough role in 2001 with The Fast and the Furious, which would become his star vehicle and keep him busy through four sequels and a short prequel. He expired in a car accident on November 30, 2013, at age 40. In March 2015, co-star Vin Diesel named his new baby daughter Pauline after his dear friend, Walker. EliteColumn brings you hand-picked Paul Walker quotes. 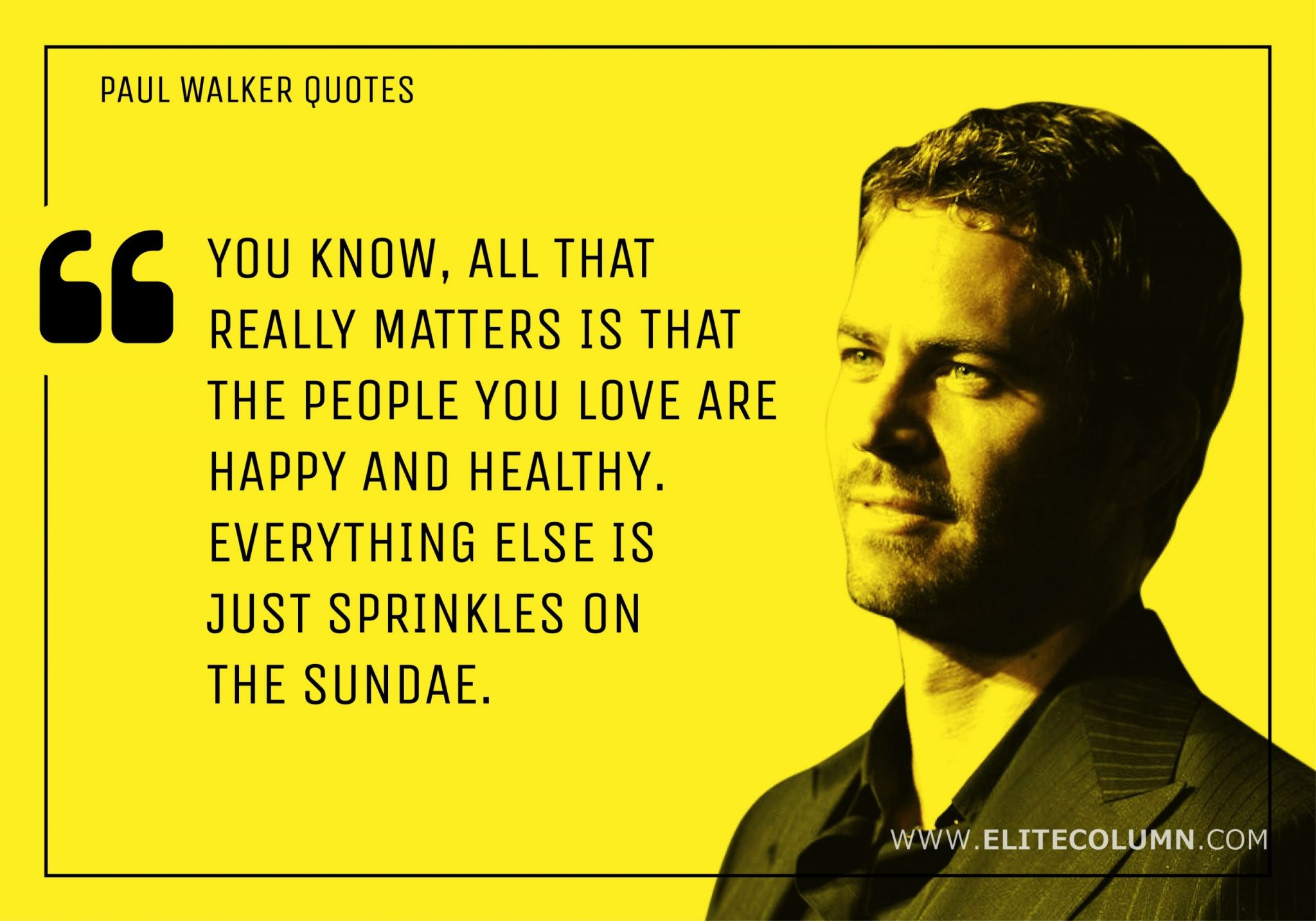 1. “You know, all that really matters is that the people you love are happy and healthy. Everything else is just sprinkles on the sundae.” – Paul Walker

2. “My parents never looked at my acting as a career. They saw it as a way to help provide for the household.“ – Paul Walker 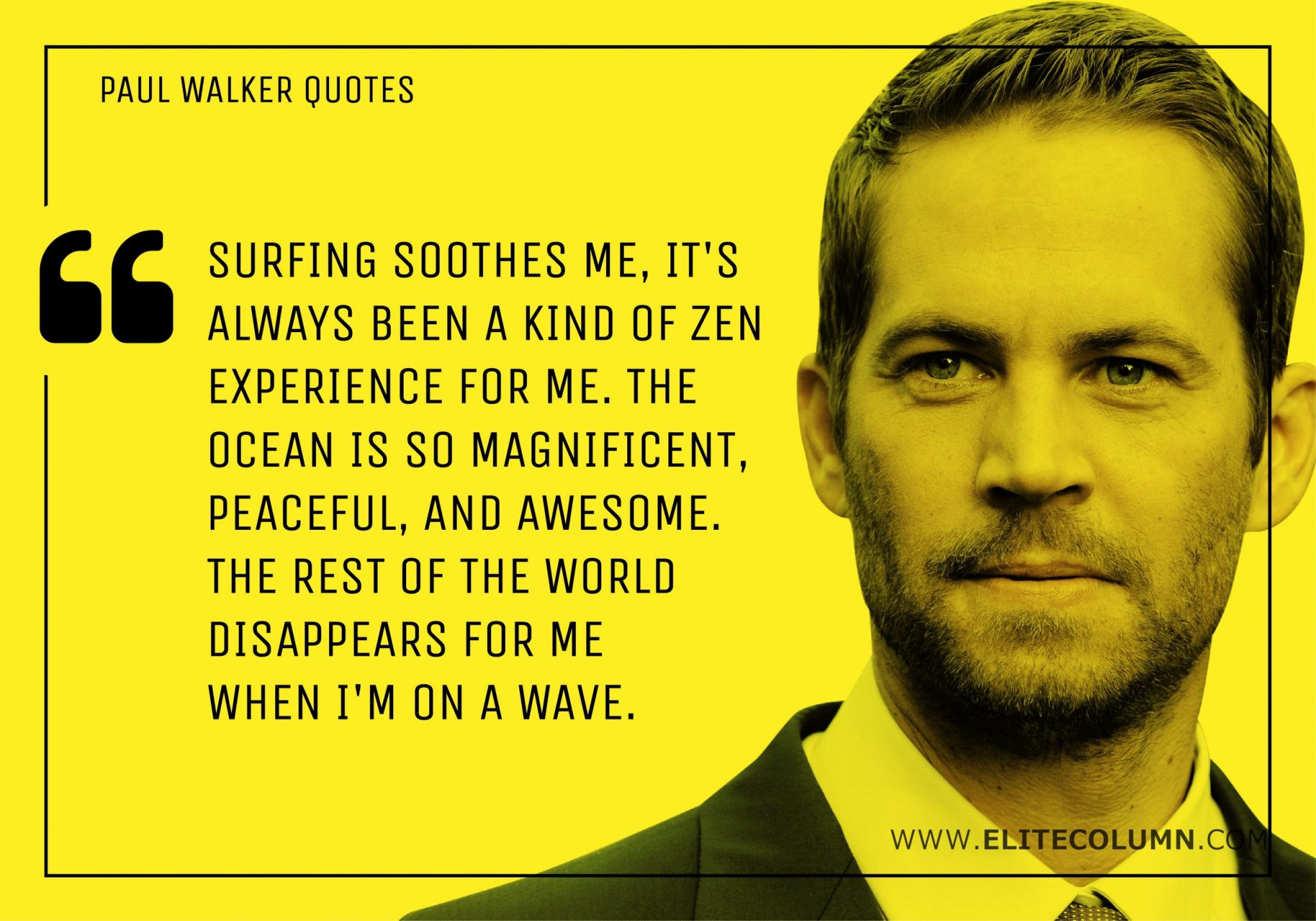 3. “Surfing soothes me, it’s always been a kind of Zen experience for me. The ocean is so magnificent, peaceful, and awesome. The rest of the world disappears for me when I’m on a wave.” – Paul Walker

4. “There’s a lot of guys that just get comfortable with their positions and rest on their laurels. I had to earn my way.“ – Paul Walker 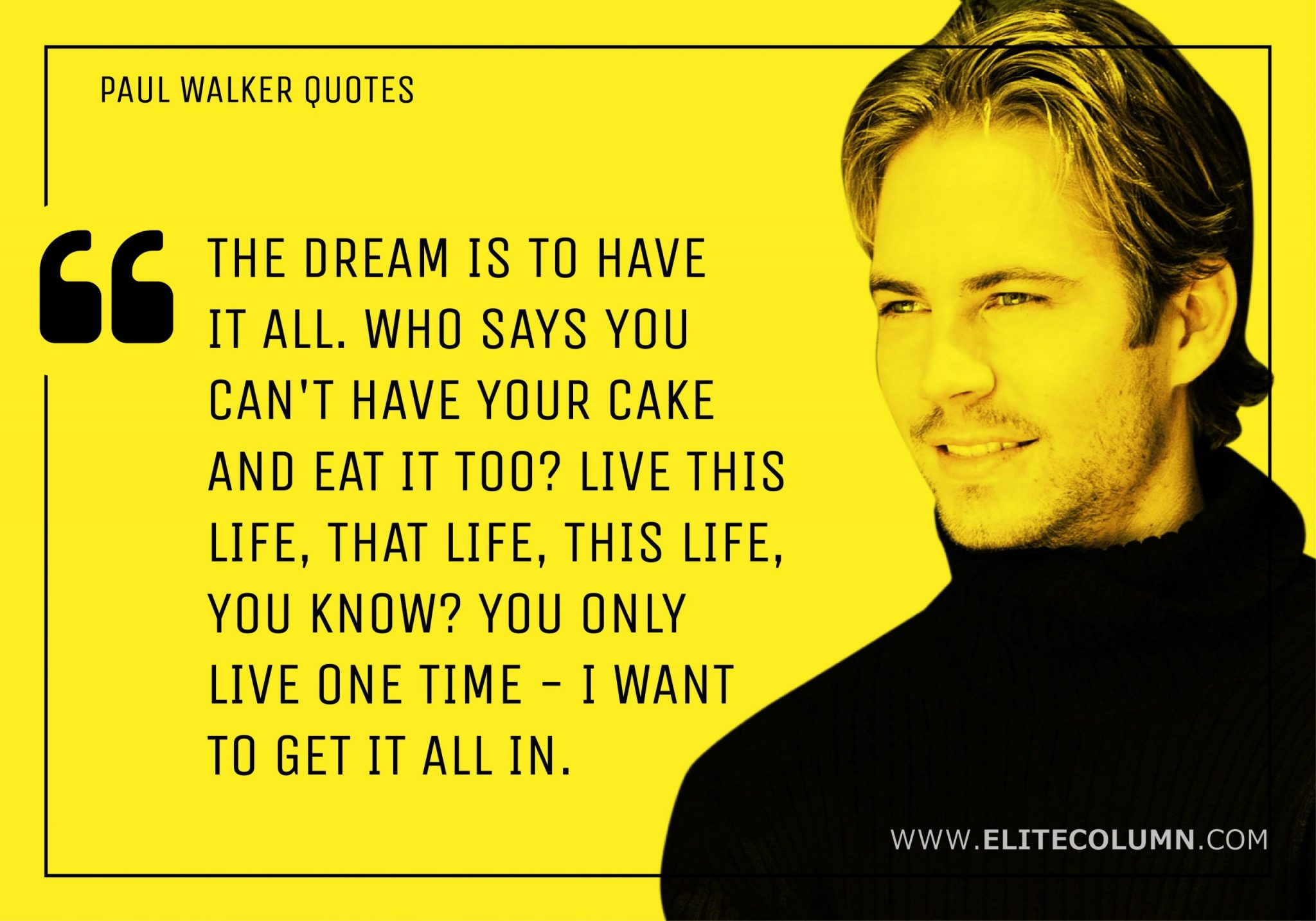 5. “The dream is to have it all. Who says you can’t have your cake and eat it too? Live this life, that life, this life, you know? You only live one time – I want to get it all in.” – Paul Walker 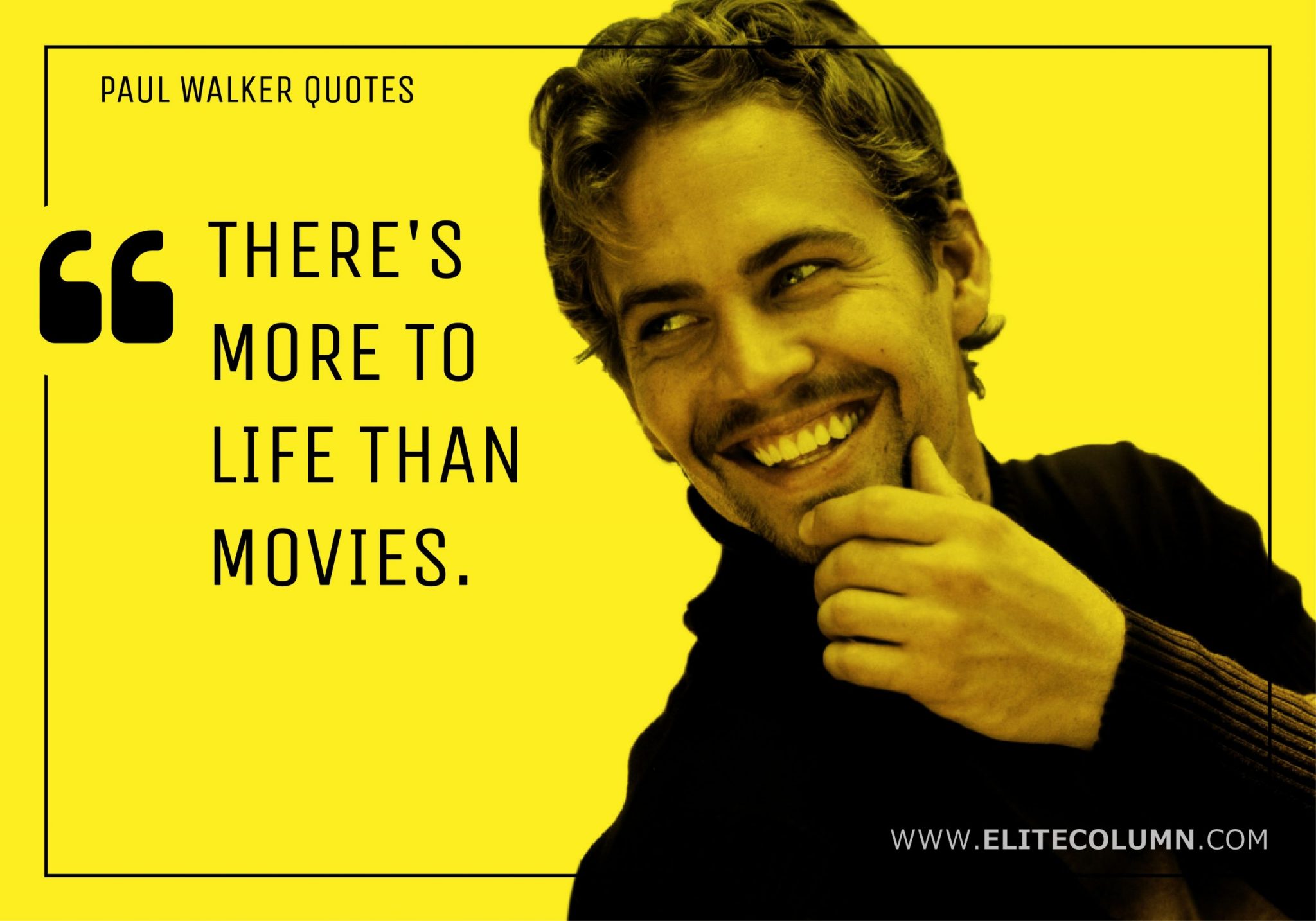 8. “Never hate people who are jealous of you, but respect their jealousy, they are people who think that you are better than them..“ – Paul Walker 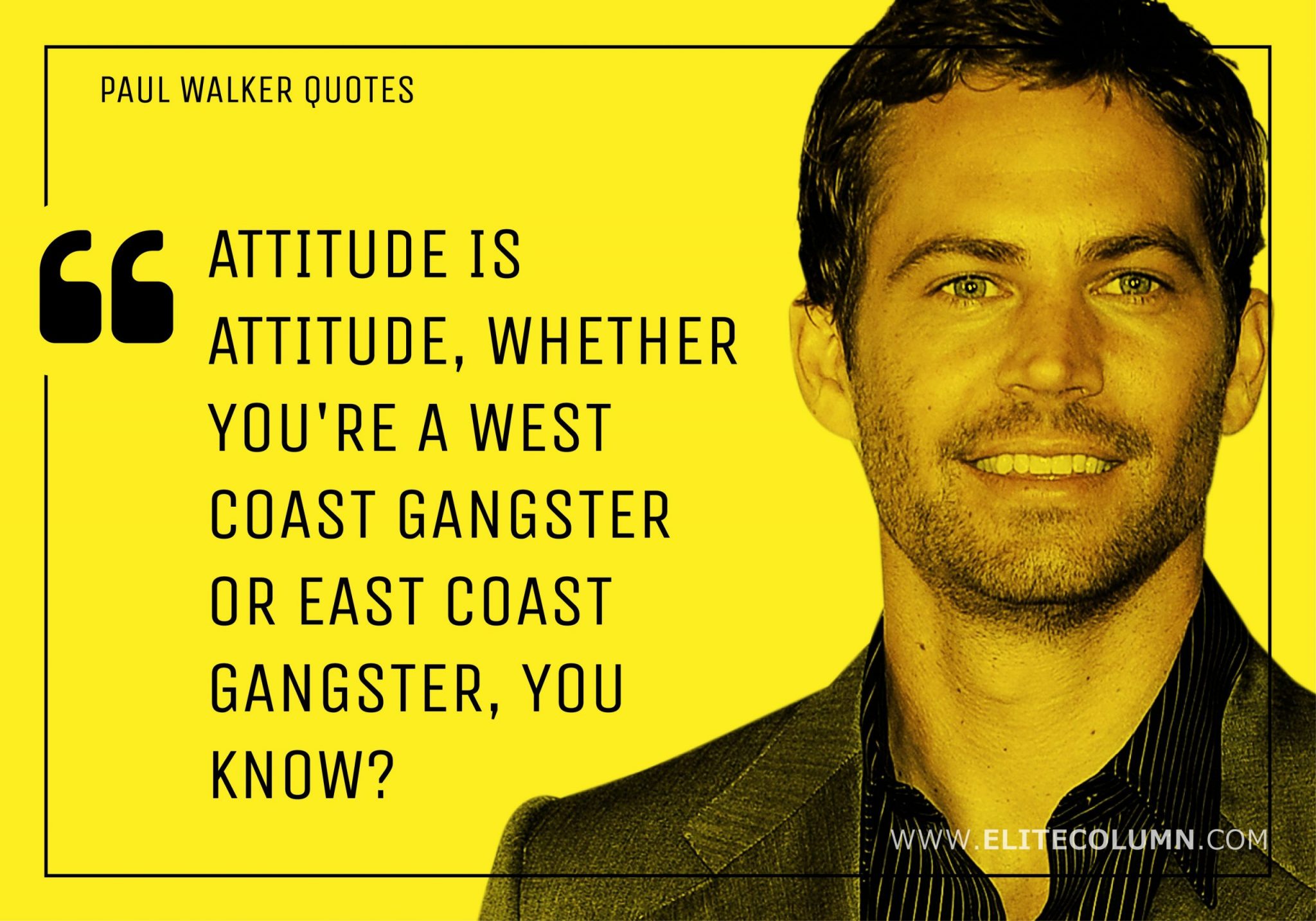 10. “No matter how good or bad your life is, wake up each morning and be thankful you still have one.“ – Paul Walker 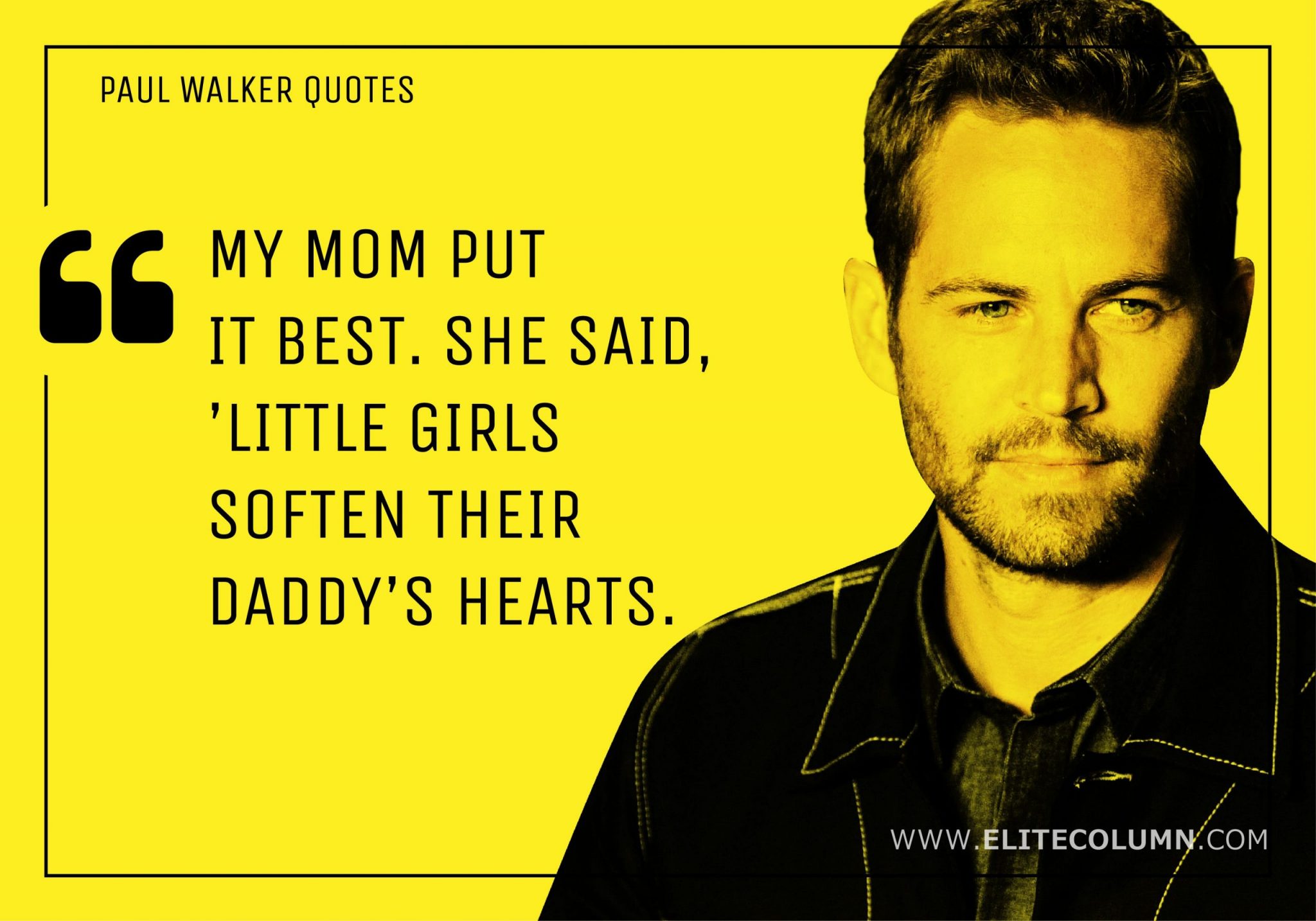