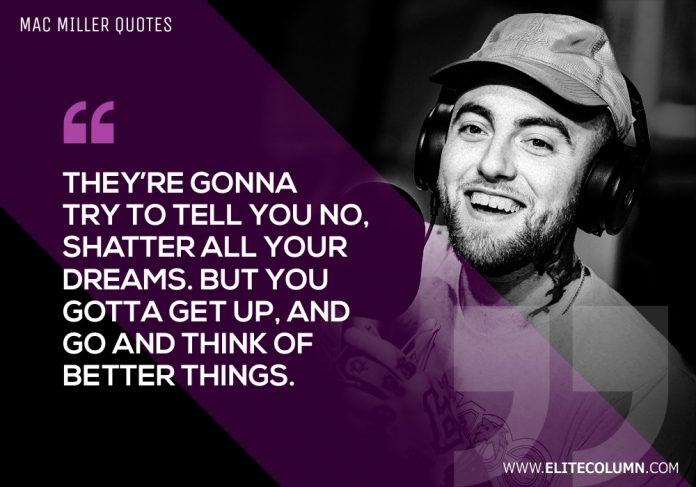 Malcolm McCormick knew he had to start it young to make it in the international rap scene. At 17, he reached that point. McCormick is best known by his stage name Mac Miller and formerly as Easy Mac who was once part of rap group The Ill Spoken. As a teenager, Miller had wild days with his friends, getting arrested for house parties and crossing the border to Canada. But once he found out hip-hop, it was all he thought about. EliteColumn brings you best Mac Miller Quotes. 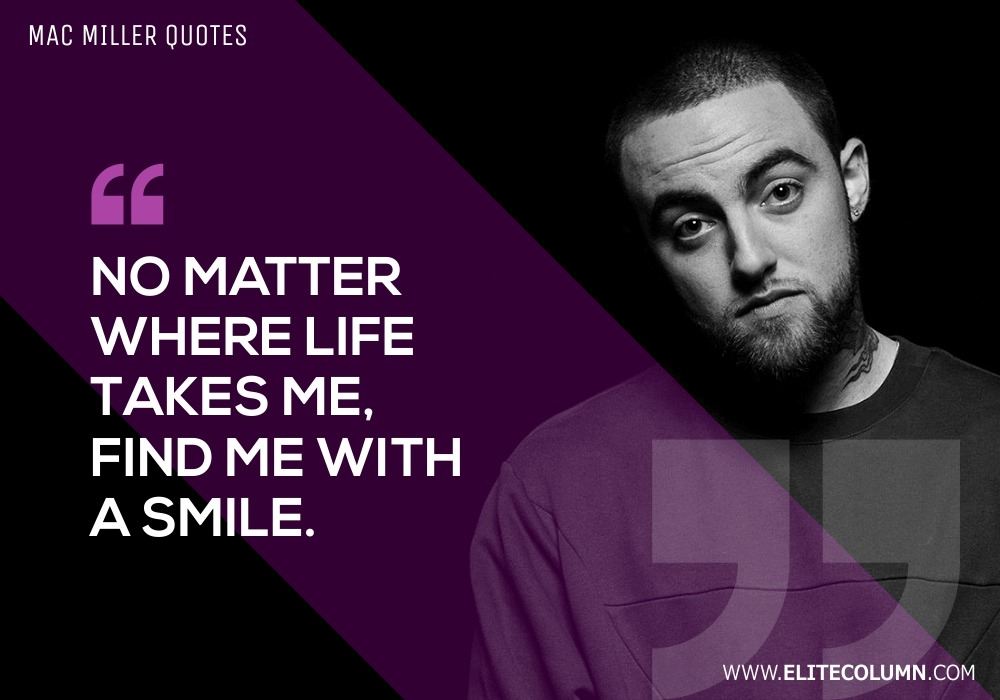 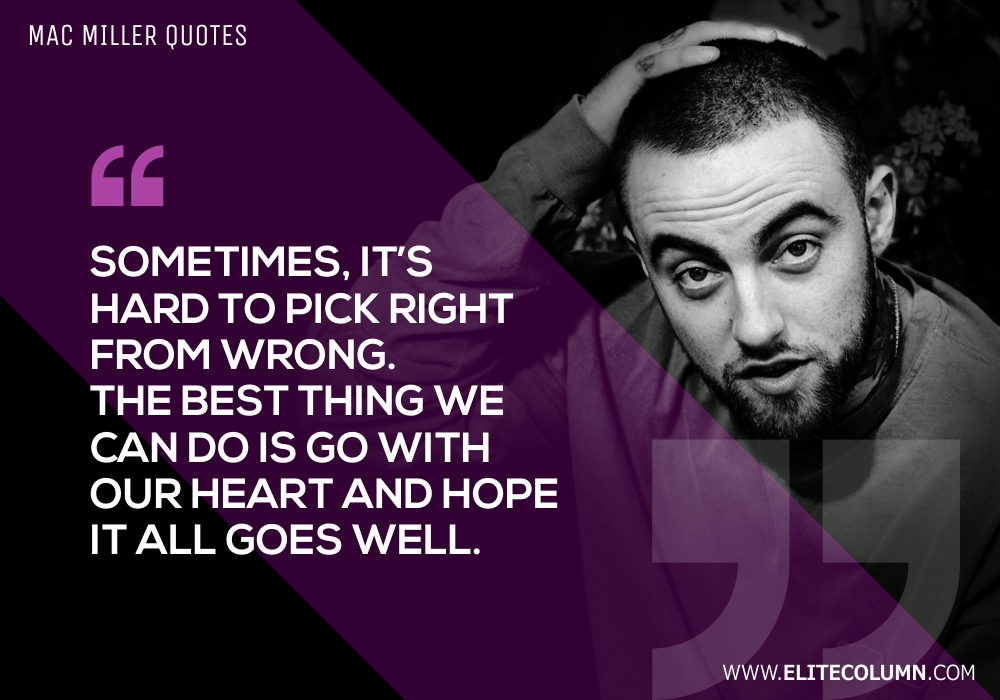 2. “Sometimes, it’s hard to pick right from wrong. The best thing we can do is go with our heart and hope it all goes well.” – Mac Miller 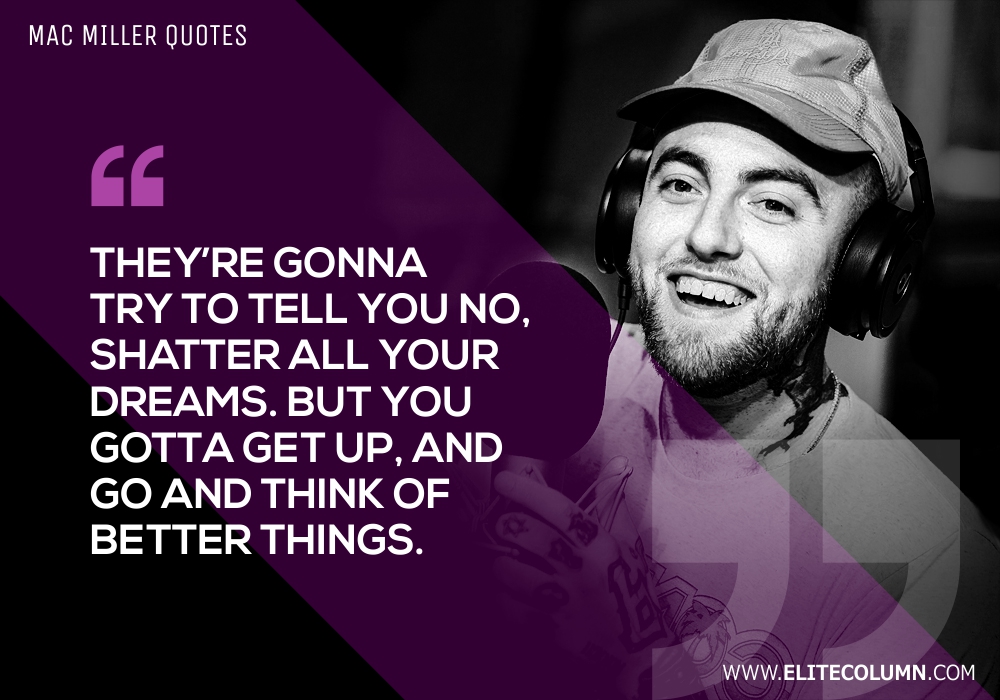 3. “They’re gonna try to tell you no, shatter all your dreams. But you gotta get up, and go and think of better things.” – Mac Miller 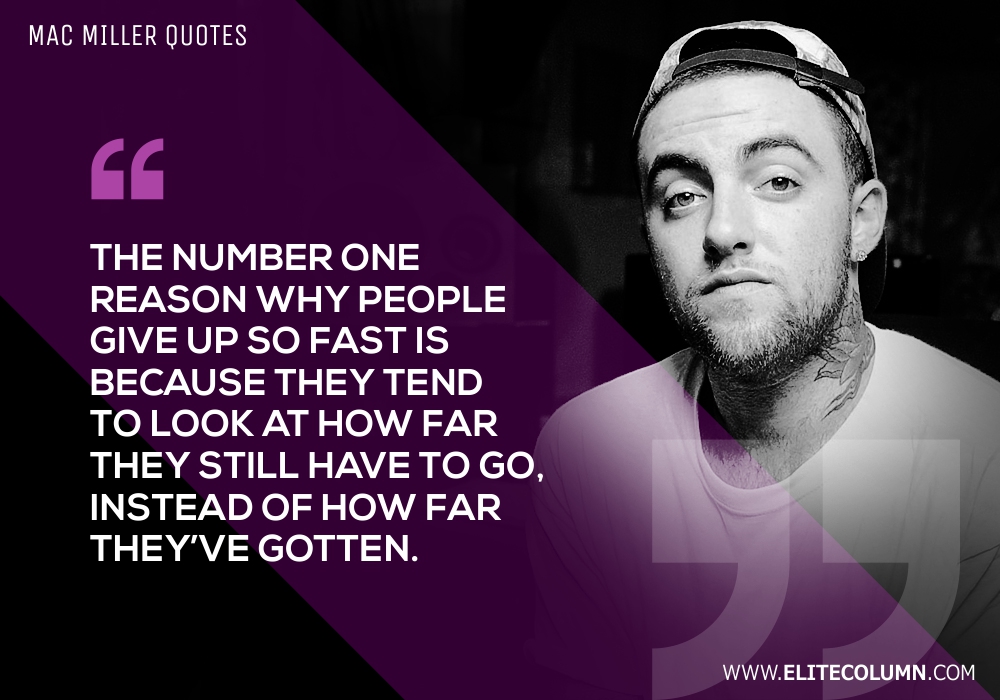 4. “The number one reason why people give up so fast is because they tend to look at how far they still have to go, instead of how far they’ve gotten.” – Mac Miller 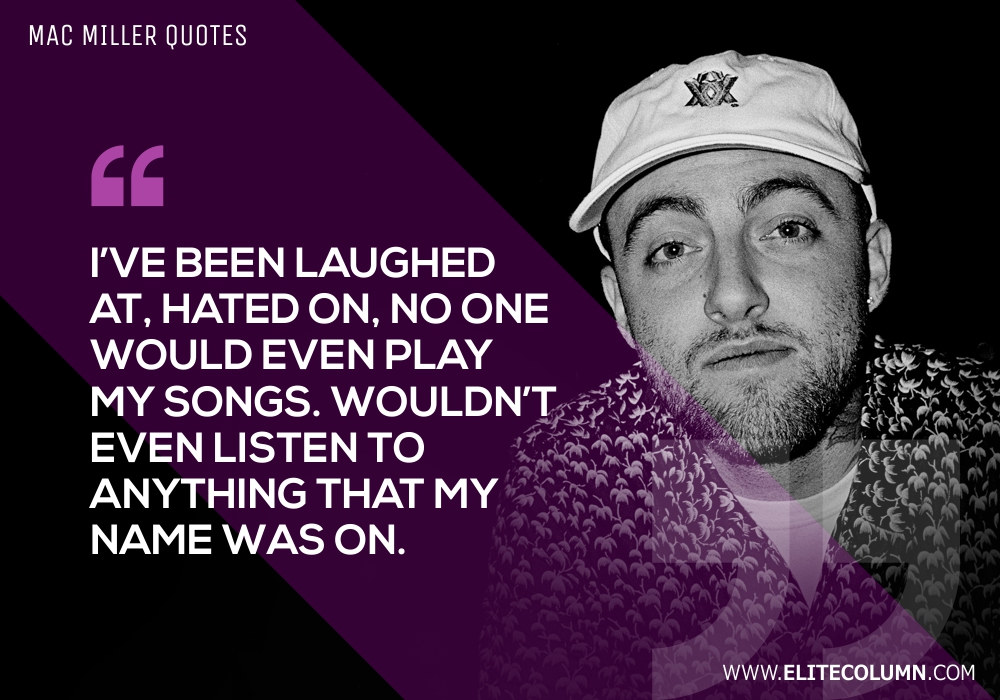 5. “I’ve been laughed at, hated on, no one would even play my songs. Wouldn’t even listen to anything that my name was on.” – Mac Miller

6. “Enjoy the best things in your life, ’cause you ain’t gonna live it twice. They say you waste time asleep, but I’m just trying to dream.” – Mac Miller

8. “The life you live is more important than the words you speak.” – Mac Miller

9. “Some people need to just stop thinking about everything they do and just do it.” – Mac Miller

11. “In the quest to be a man, you start to learn you need your family. If it wasn’t for them, I’d be way closer to insanity.” – Mac Miller

14. “There’s a lot of beauty in the world, so go hang out and go be a part of the solution rather than the problem.” – Mac Miller

17. “You know how much you love it when you get it in abundance.” – Mac Miller

18. “Life is just a recital, better remember all that you practice.” – Mac Miller

19. “A penny for your thoughts, a dollar for your dreams.” – Mac Miller

20. “Planting the seeds, working and watching it grow.” – Mac Miller

22. “Go through the worst to reach the ecstasy.” – Mac Miller