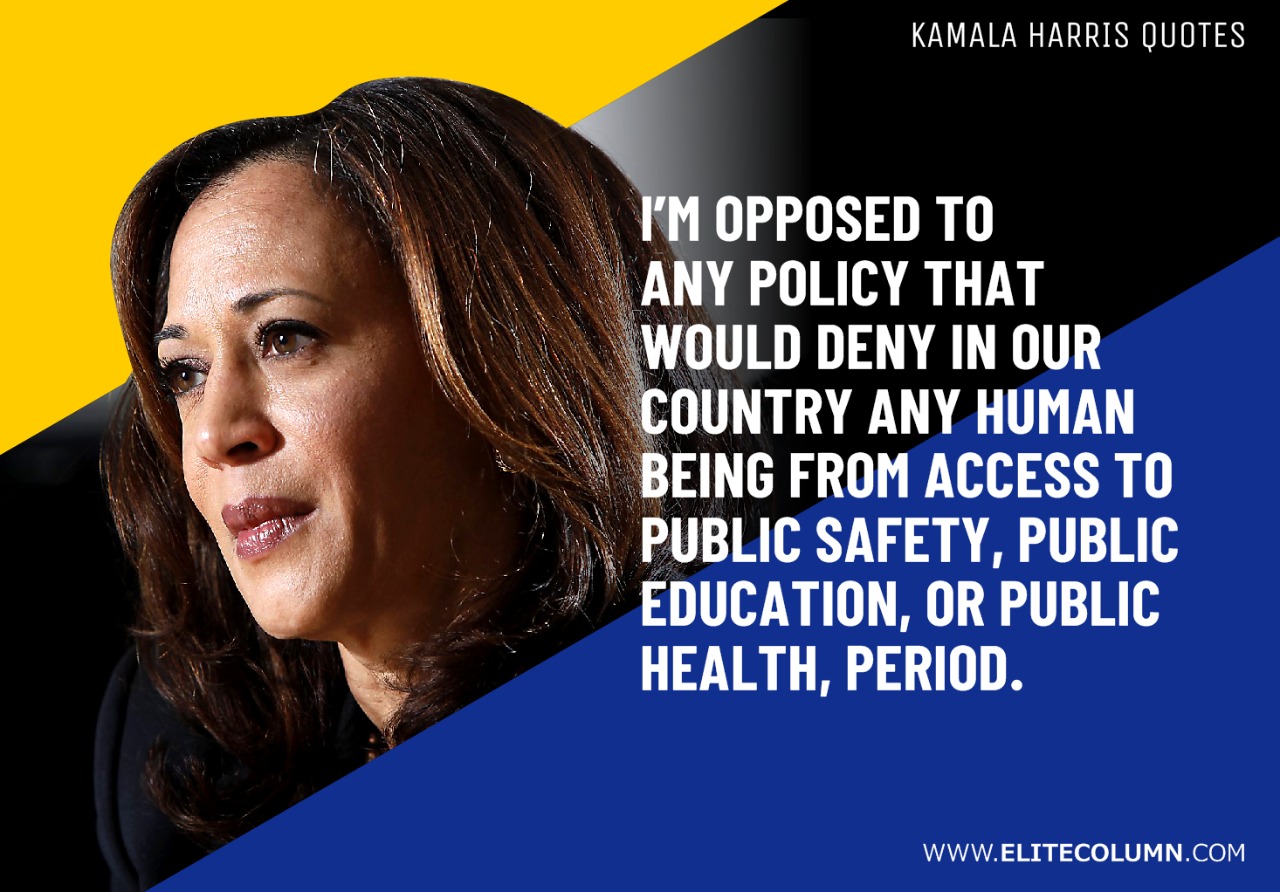 Kamala Devi Harris is an American politician and lawyer who has served as the junior United States senator from California since 2017. Her parents divorced when she was seven. In the early 2000s, in just six months, Harris cleared 27 of 74 backlogged homicide cases. During Obama’s presidency, she was mentioned as a possible nominee for U.S. attorney general. EliteColumn brings you motivational Kamala Harris quotes.

“I’m opposed to any policy that would deny in our country any human being from access to public safety, public education, or public health, period.” – Kamala Harris

“I want to use my position of leadership to help move along at a faster pace what I believe and know the Obama administration wants to do around the urgency of climate change.” – Kamala Harris

“My mother had a saying: ‘Kamala, you may be the first to do many things, but make sure you’re not the last.’ – Kamala Harris

“To change criminal justice policy in any meaningful way means to propose changing a very longstanding system. It’s not realistic to think you can do it overnight.” – Kamala Harris

“What’s important for my daughter to know is that… if you are fortunate to have opportunity, it is your duty to make sure other people have those opportunities as well.” – Kamala Harris

“People who work for me know that family comes first. And I’m fortunate to have a family that is very supportive of the work I do, so I don’t have to live two separate lives.” – Kamala Harris

“I convened the first-ever national training conference for prosecutors on how to promote and deal with hate crime issues in terms of prosecutions and also protocol for defeating the gay panic defense.” – Kamala Harris

“I was raised to be an independent woman, not the victim of anything.” – Kamala Harris

“So many people trip in front of them because they’re looking over there or up ahead.” – Kamala Harris

“I believe that a child going without an education is a crime.” – Kamala Harris

“Running for office is similar to being a trial lawyer in a very long trial. It requires adrenaline and stamina; it requires being in shape mentally and emotionally. It’s a marathon.” – Kamala Harris

“You have to see and smell and feel the circumstances of people to really understand them.” – Kamala Harris