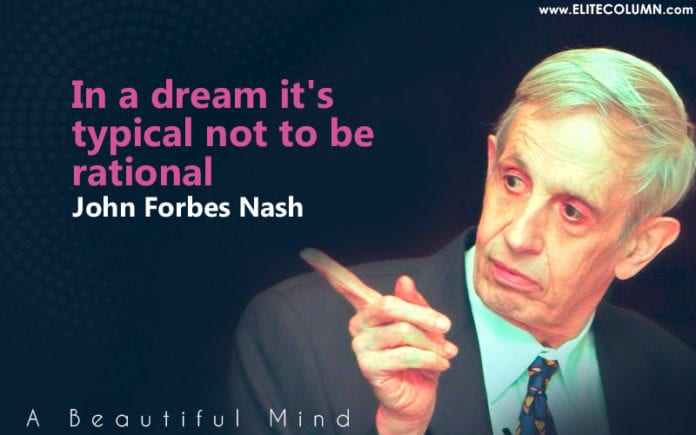 John Forbes Nash Jr. is an exceptional mathematician and he is credited with groundbreaking research in real algebraic geometry. He won Nobel Prize for his contributions to economic sciences. His game theory concept is widely used in various industries to make decisions and has continued to remain as a favourite topic of discussion for economists. Despite everything, Nash had a challenging life due to his illness and constant struggle with schizophrenia. His life is incredibly depicted in the Academy award winning movie ‘A Beautiful Mind.’ John Nash quotes will make you think and take cues from these John Nash Quotes that will inspire every curious mind out there. 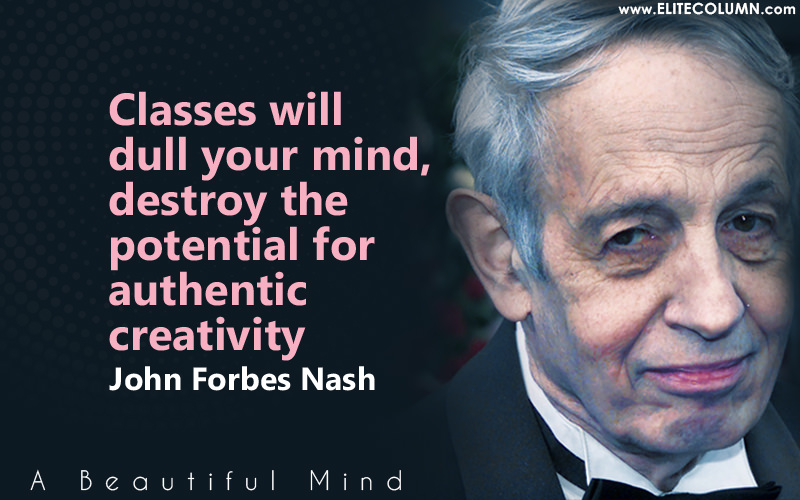 2. “The ideas I had about supernatural beings came to me the same way that my mathematical ideas did. So I took them seriously.“ – John Nash

3. “I don’t think exactly like a professional economist. I think about economics and economic ideas, but somewhat like an outsider.” – John Nash 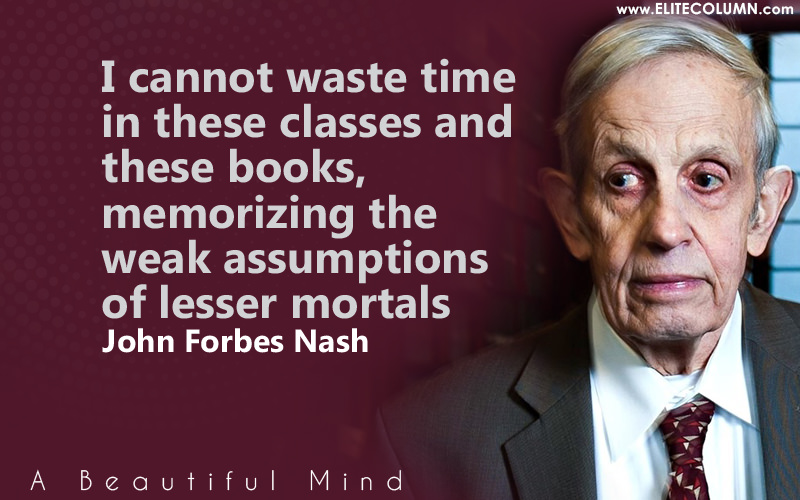 4. “I cannot waste time in these classes and these books, memorizing the weak assumptions of lesser mortals.” – John Nash

5. “Rationality of thought imposes a limit on a person’s concept of his relation to the cosmos.“ – John Nash

6. “In madness, I thought I was the most important person in the world.” – John Nash 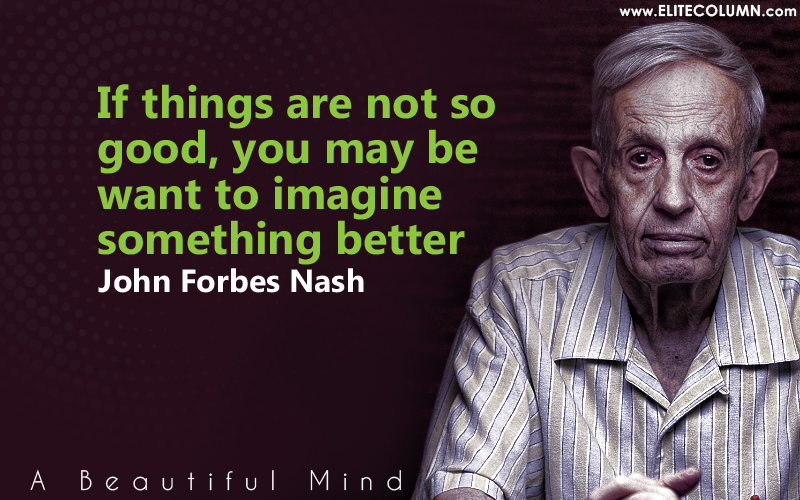 7. “If things are not so good, you maybe want to imagine something better.” – John Nash

8. “There are things that tend to moderate with age. Schizophrenia is somewhat like that.” – John Nash

9. “Perhaps it is good to have a beautiful mind, but an even greater gift is to discover a beautiful heart.” – John Nash 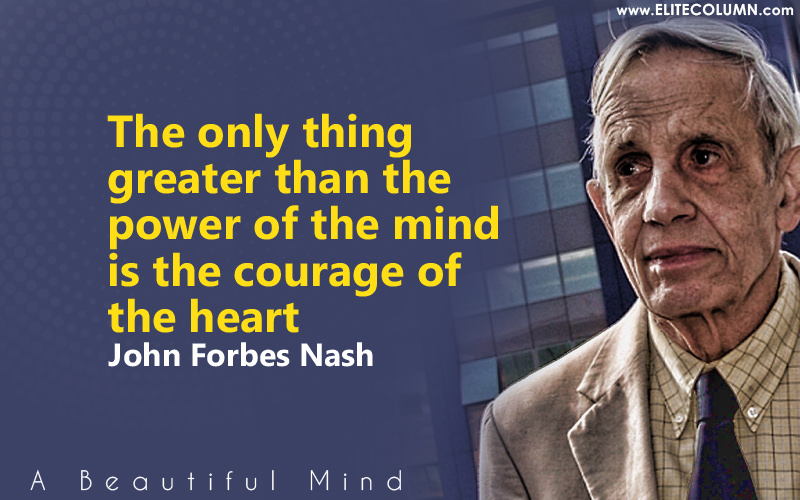 10. “The only thing greater than the power of the mind is the courage of the heart.”- John Nash

11. “I did have strange ideas during certain periods of time.“ – John Nash 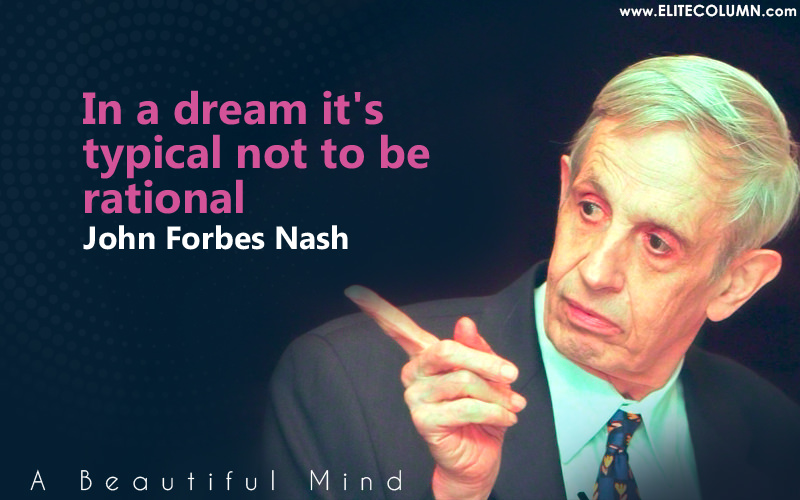 13. “But you see-you-you can’t-so-you can’t so well argue about these things. I’ve learned that it’s better that I-I don’t talk about it.” – John Nash

14. “The artist’s main business is to train his eye to see, then to probe and then to train his hand to work in sympathy with his eye.” – John Nash 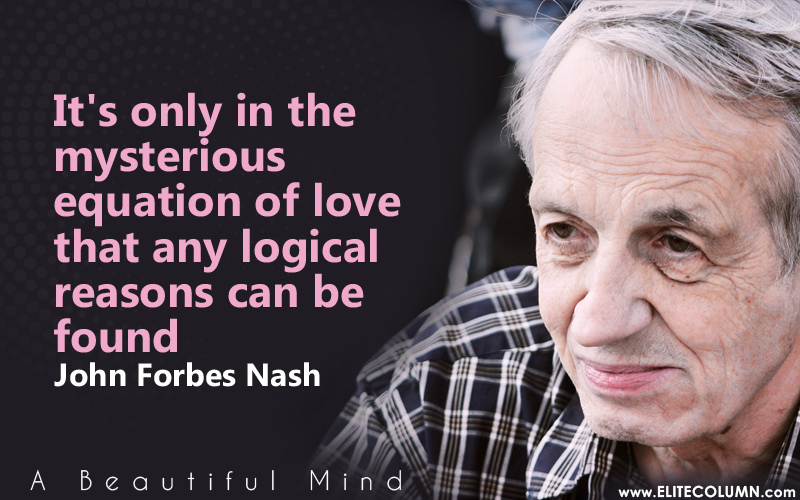 15. “It’s only in the mysterious equation of love that any logical reasons can be found.” – John Nash

17. “I never look for more than reality, the farming, the trees, the river. I suppose poetry gets in to reality.” –John Nash 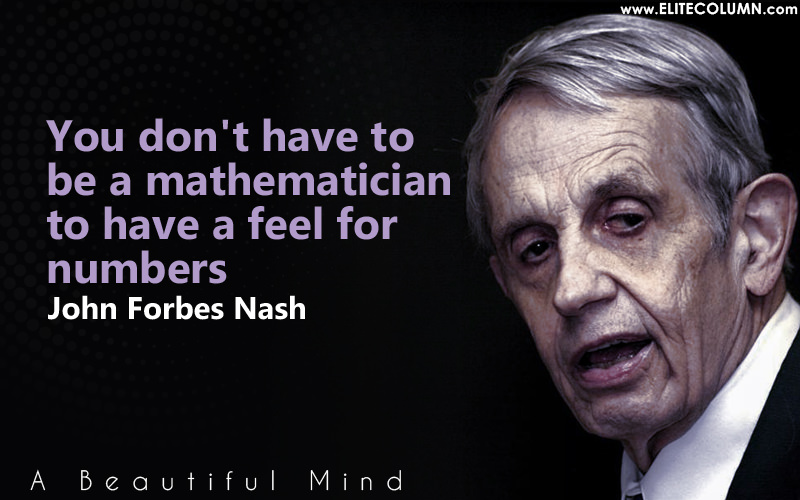 18. “You don’t have to be a mathematician to have a feel for numbers.” – John Nash

19. “There is often a number of solutions for any given problem.” – John Nash