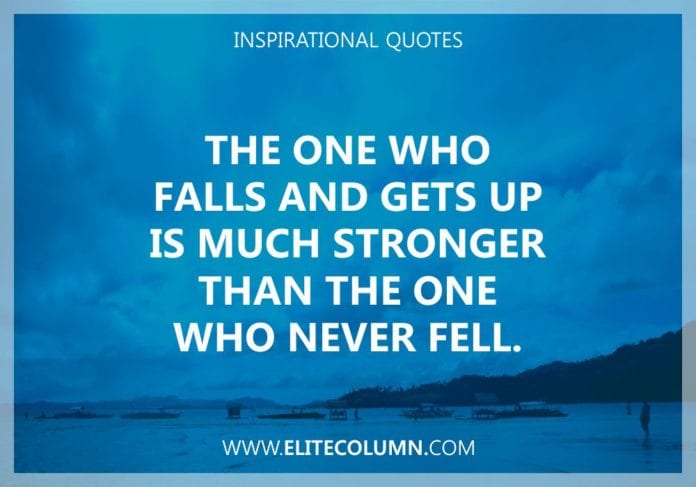 Inspirational quotes have this unusual ability to motivate the mankind and change the way they feel about themselves. That’s why, people find these interesting and crucial on their ways to achievements. The way a person thinks and feels, including his beliefs and expectations about what is possible for him, determine everything that happens to that particular person. Inspirational Quotes will certainly help you find the 68 that you need in your life. EliteColumn brings you some inspirational quotes to help you see the never-ending potential that life has to offer. 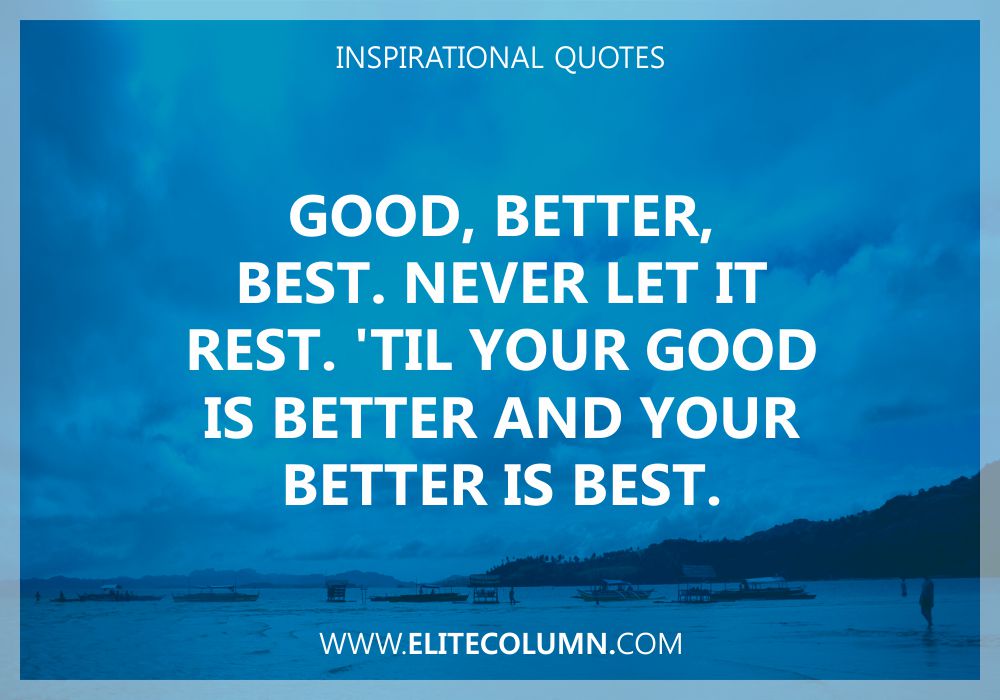 4. “I think it’s intoxicating when somebody is so unapologetically who they are.”  – Don Cheadle

5. “You can never leave footprints that last if you are always walking on tiptoe.” – Leymah Gbowee

6. “If you don’t like the road you’re walking, start paving another one.” – Dolly Parton

7. “If it makes you nervous, you’re doing it right.” – Childish Gambino 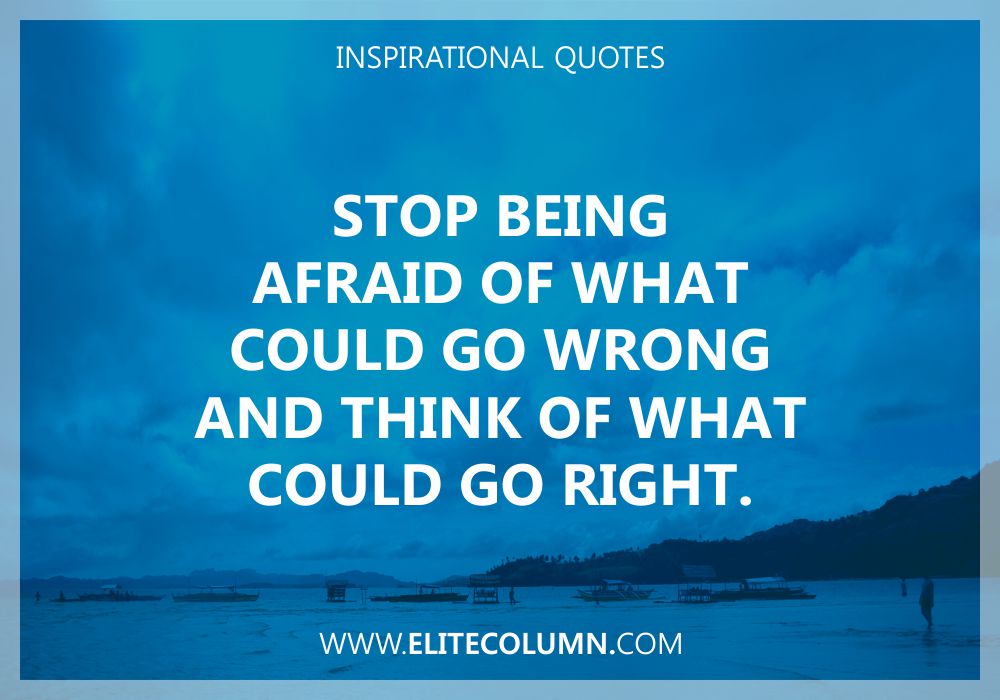 9. “A surplus of effort could overcome a deficit of confidence.” – Sonia Sotomayor

10. “Doubt is a killer. You just have to know who you are and what you stand for.” – Jennifer Lopez

12. “No one changes the world who isn’t obsessed.” – Billie Jean King

13. “I learned a long time ago that there is something worse than missing the goal, and that’s not pulling the trigger.” – Mia Hamm

14. “Some people want it to happen, some wish it would happen, others make it happen.” – Michael Jordan 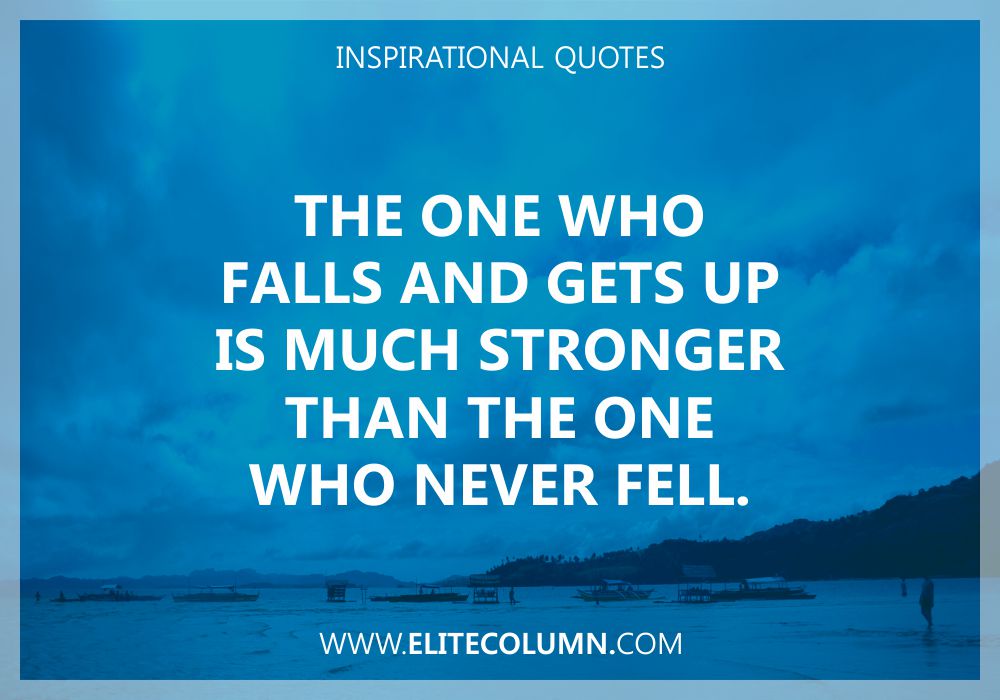 15. “The one who falls and gets up is much stronger than the one who never fell.”

16. “You can’t be that kid standing at the top of the waterslide, overthinking it. You have to go down the chute.” – Tina Fey

17. “When I believe in something, I’m like a dog with a bone.” – Melissa McCarthy

18. “And the day came when the risk to remain tight in a bud was more painful than the risk it took to blossom.” – Anaïs Nin

20. “I’ve searched all the parks in all the cities and found no statues of committees.”  – Gilbert K. Chesterton

21. “Success is stumbling from failure to failure with no loss of enthusiasm.” – Winston Churchill 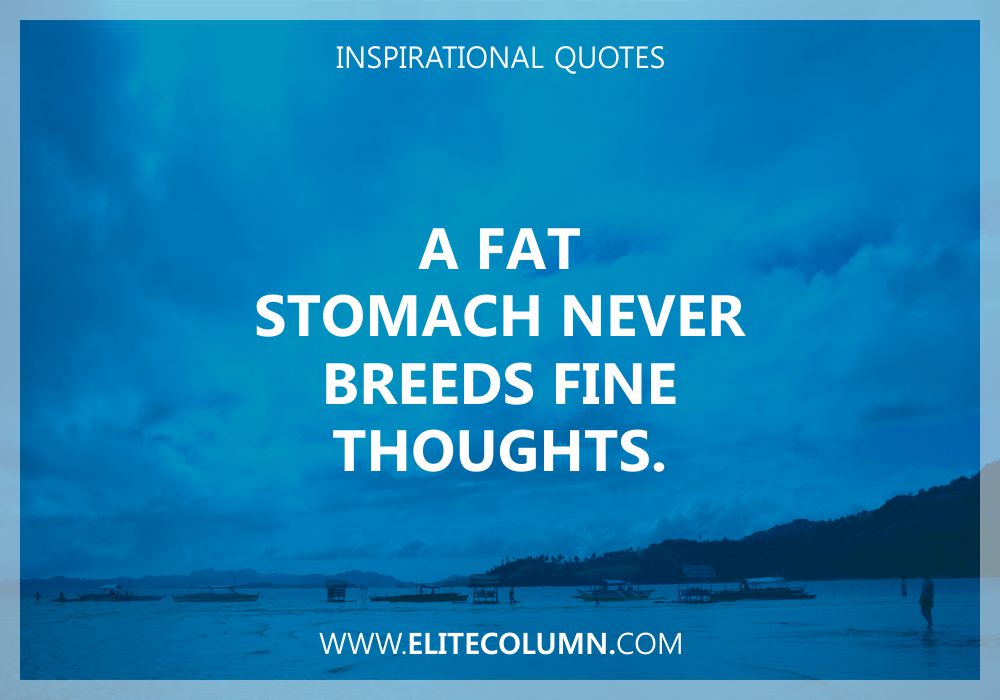 23. “I have never let my schooling interfere with my education.” – Mark Twain

24. “If you can’t yet do great things, do small things in a great way.” – Napoleon Hill

26. “Take the attitude of a student, never be too big to ask questions, never know too much to learn something new.” – Augustine Og Mandino

27. “Success is peace of mind, which is a direct result of self-satisfaction in knowing you made the effort to become the best of which you are capable.” – John Wooden

28. “Be sure you put your feet in the right place, then stand firm.” – Abraham Lincoln 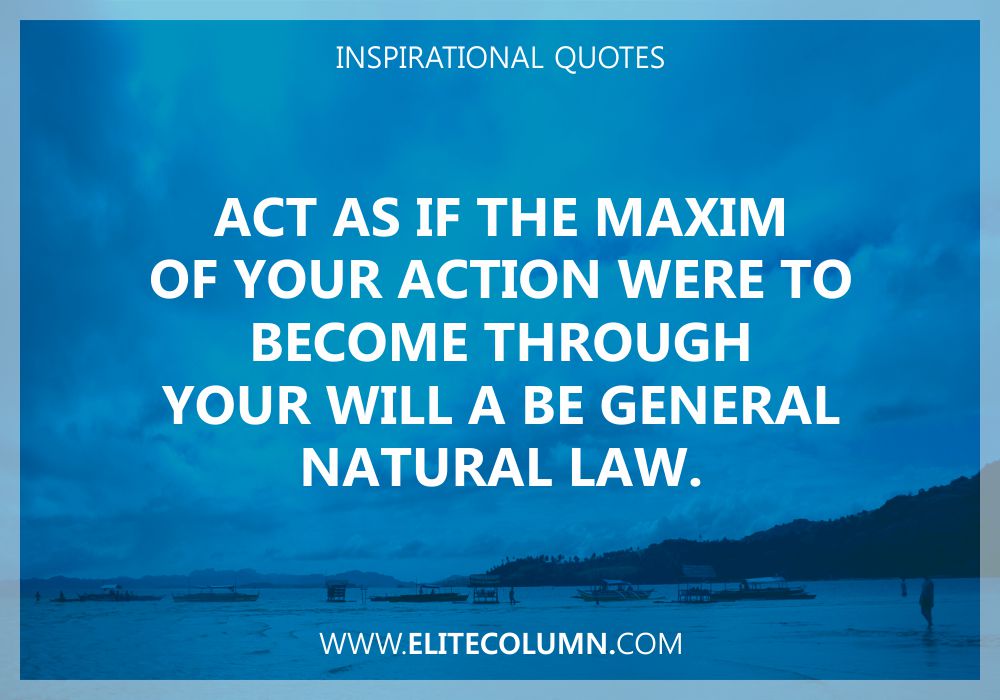 29. “Act as if the maxim of your action were to become through your will a be general natural.”

30. “Keep your eyes on the stars, and your feet on the ground.” – Theodore Roosevelt

31. “Perfection is not attainable. But if we chase perfection we can catch excellence.” – Vince Lombardi

33. “When you know your why and have found your purpose, no one can stop you.” – Avinash VS

34. “Life is like riding a bicycle. To keep your balance you must keep moving.” – Albert Einstein

35. “What you do speaks so loudly that I cannot hear what you say.” – Ralph Waldo Emerson 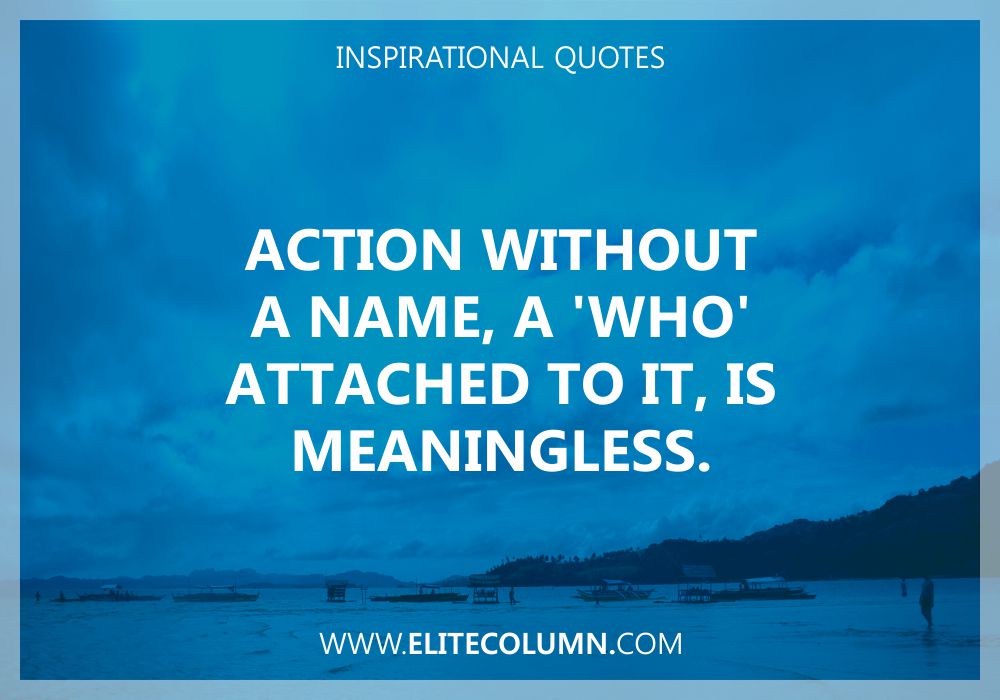 38. “What you do makes a difference, and you have to decide what kind of difference you want to make.” – Jane Goodall

40. “In order to be irreplaceable one must always be different.” – Coco Chanel

41. “Anything can make me stop and look and wonder, and sometimes learn.” – Kurt Vonnegut

42. “People’s passion and desire for authenticity is strong.” – Constance Wu 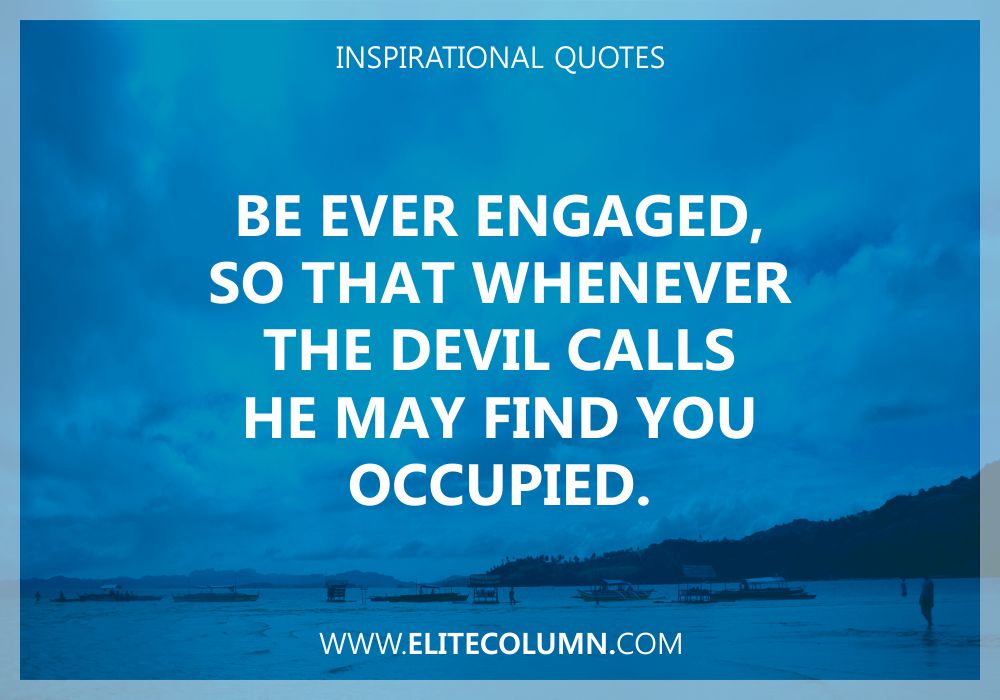 43. “Be ever engaged, so that whenever the devil calls he may find you occupied.”

44. “Somewhere, something incredible is waiting to be known.” – Carl Sagan

45. “Don’t worry about failure; you only have to be right once.” – Drew Houston

46. “You carry the passport to your own happiness.” – Diane von Furstenberg

48. “The most difficult thing is the decision to act, the rest is merely tenacity.” – Amelia Earhart 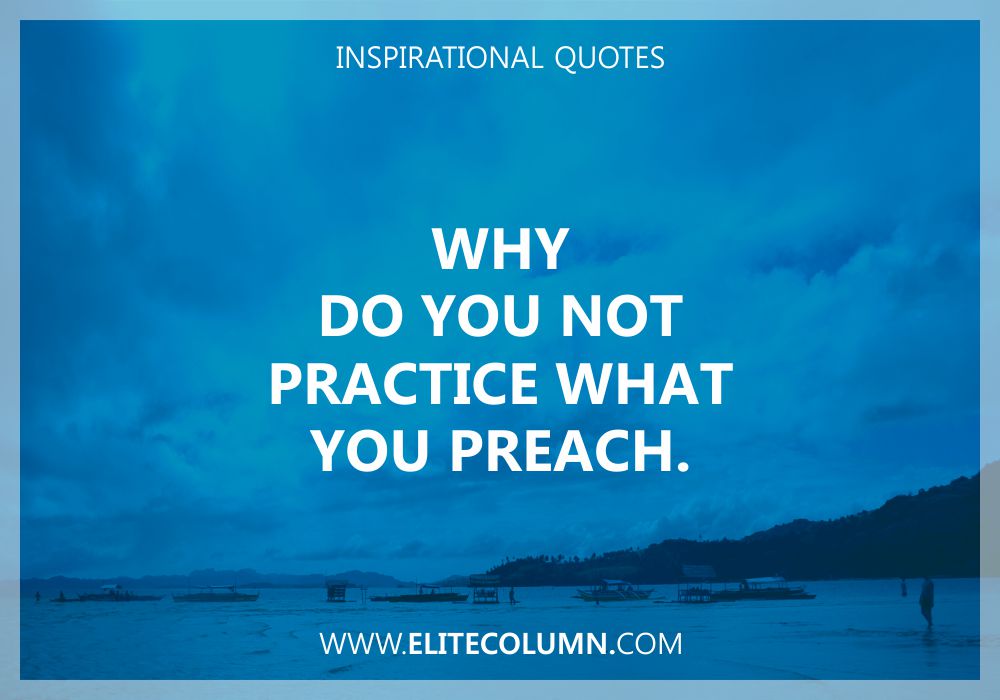 51. “You can be the ripest, juiciest peach in the world, and there’s still going to be somebody who hates peaches.” – Dita Von Teese

53. “The only way of discovering the limits of the possible is to venture a little way past them into the impossible.” – Arthur C. Clarke

54. “Courage is the most important of all the virtues because without courage, you can’t practice any other virtue consistently.” –  Angelou

56. “The reason we struggle with insecurity is because we compare our behind-the-scenes with everyone else’s highlight reel.” – Steve Furtick 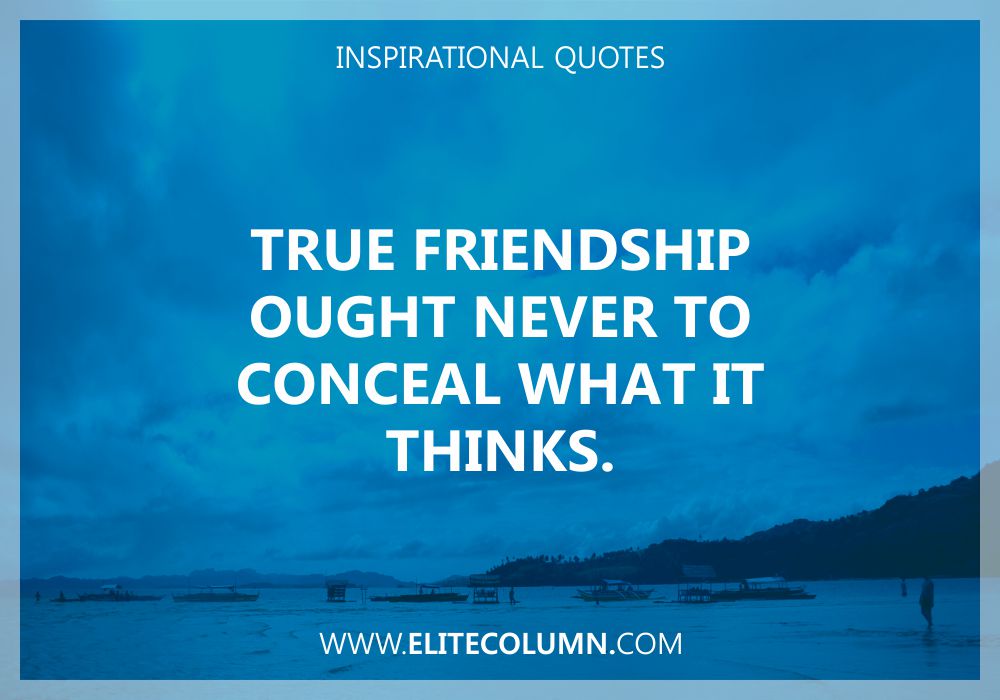 57. “True friendship ought never to conceal what it thinks.” – Anonymous

62. “Develop success from failures. Discouragement and failure are two of the surest stepping stones to success.” – Dale Carnegie

63. “Relentlessly prune bullshit, don’t wait to do things that matter, and savor the time you have. That’s what you do when life is short.” – Paul Graham 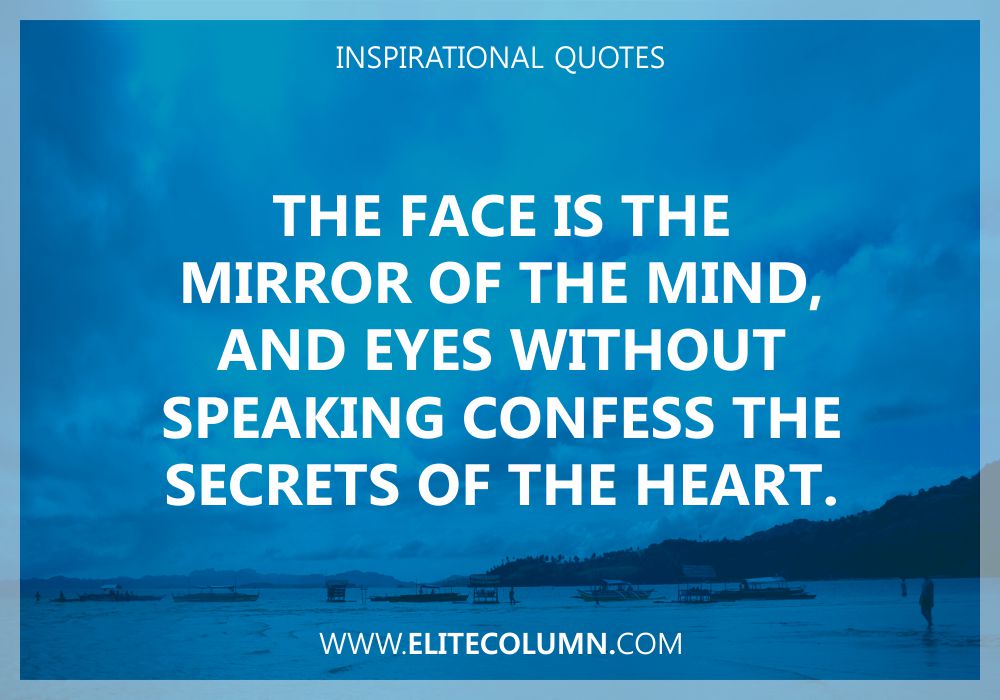 64. “The face is the mirror of the mind, and eyes without speaking confess the secrets of the heart.”

65. “Inspiration does exist, but it must find you working.” – Pablo Picasso

67. “Don’t bunt. Aim out of the ballpark. Aim for the company of immortals.” – David Ogilvy