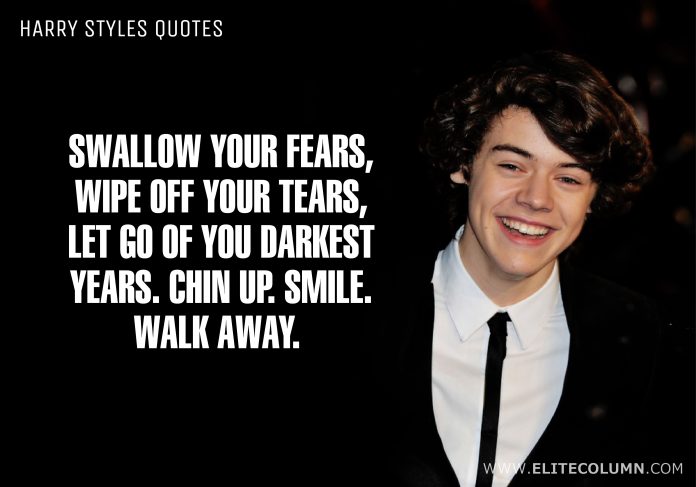 Harry Styles worked at a bakery when he was fourteen years old. He tried out as a solo singer on The X Factor but failed, though he later joined a band in order to compete on the show. He rose to fame as a member of the pop British boyband One Direction, performing alongside Liam Payne, Louis Tomlinson, Zayn Malik, and Niall Horan. Harry Styles quotes will make you more daring in your life. EliteColumn brings you 12 best inspirational Harry Styles quotes. 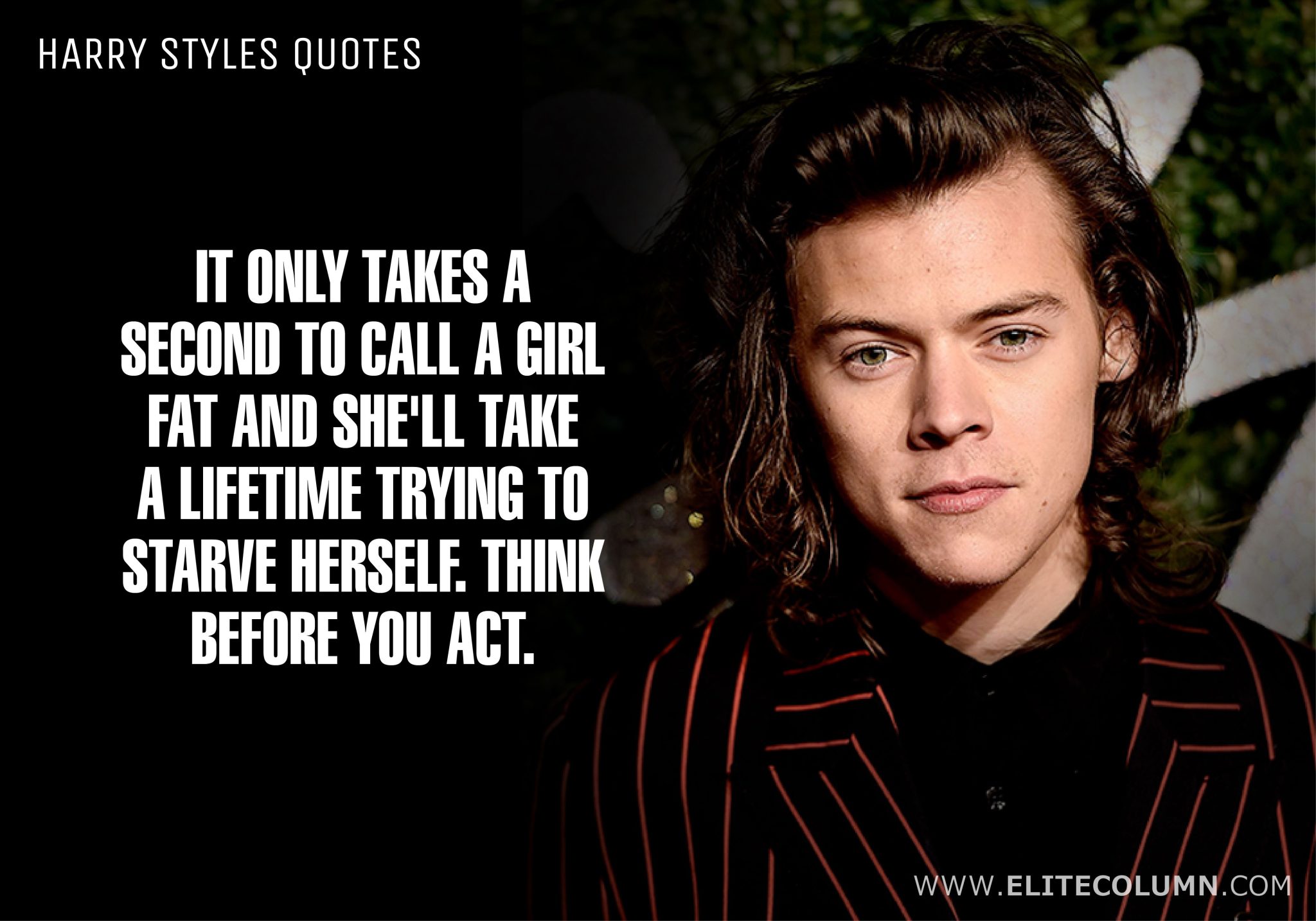 2. “If you’re going to get in trouble for hitting someone, might as well hit them hard.” – Harry Styles

3. “Remember like where you’ve come from. Know who you are.” – Harry Styles 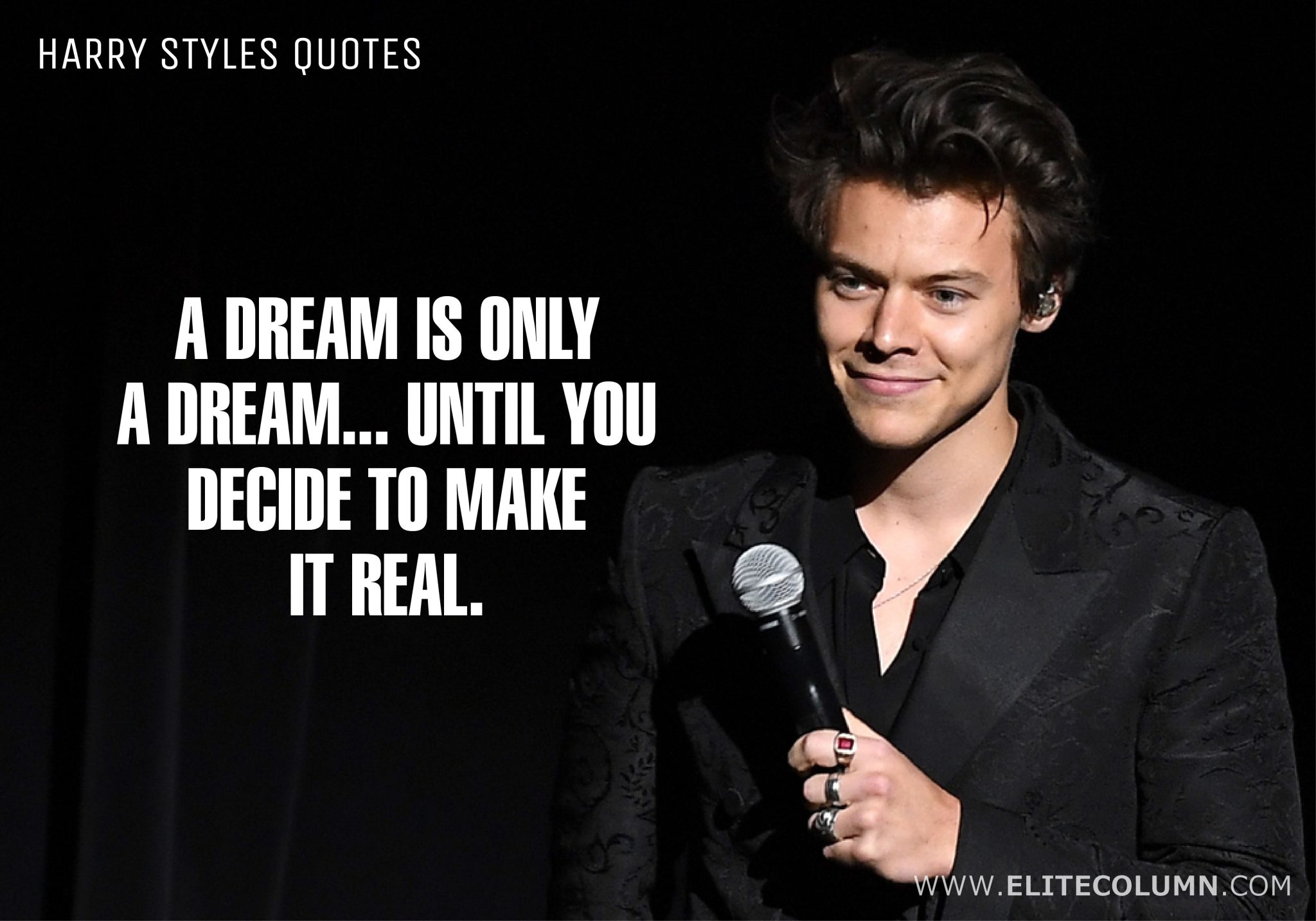 4. “A dream is only a dream… Until you decide to make it real.” – Harry Styles

5. “I want you to do whatever makes you happiest in this world.” – Harry Styles

6. “Dreams come true if you keep on dreaming.” – Harry Styles 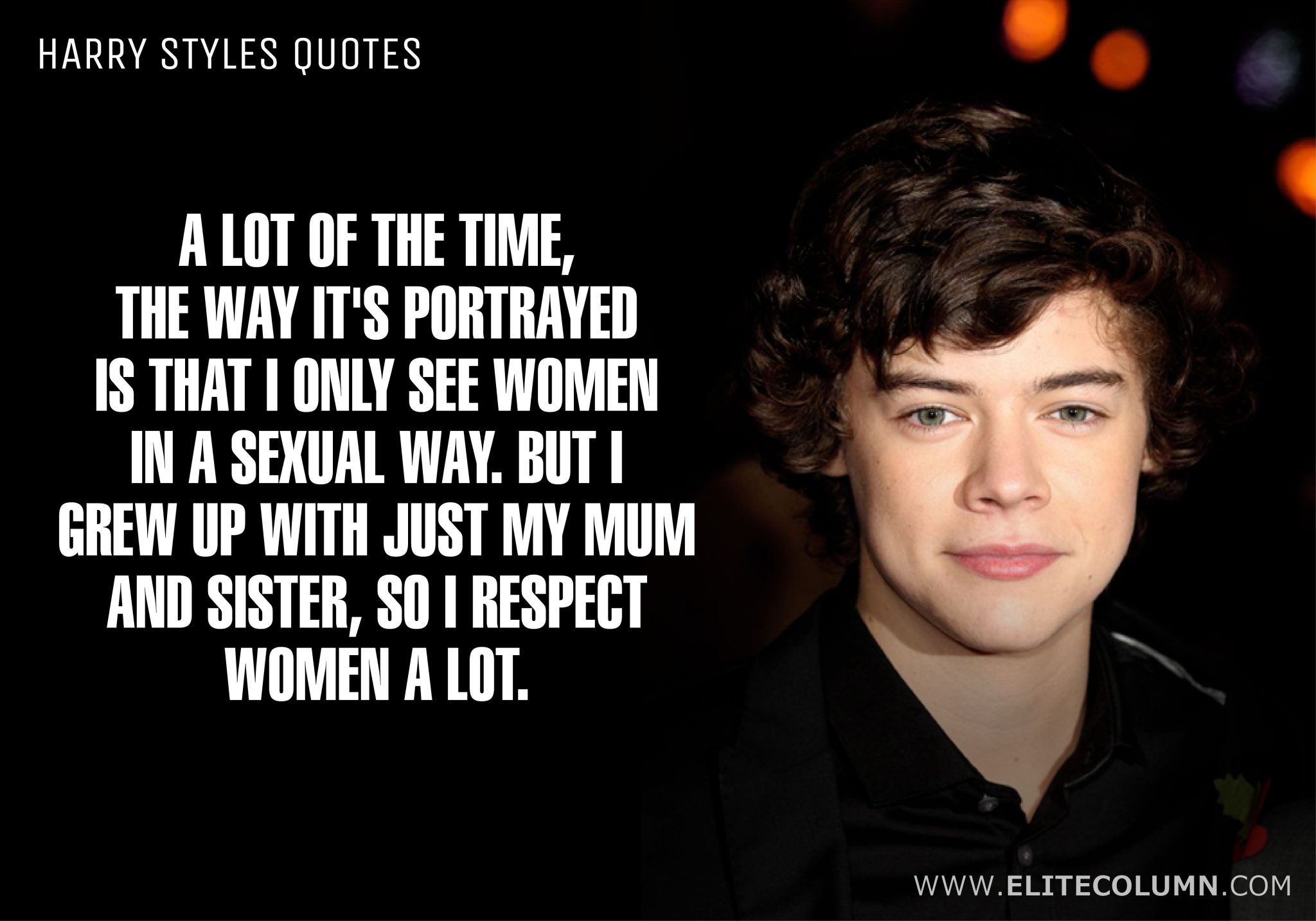 7. “A lot of the time, the way it’s portrayed is that I only see women in a sexual way. But I grew up with just my mum and sister, so I respect women a lot.” – Harry Styles

8. “I think you should not be scared of embarrassing yourself, I think it builds character.” – Harry Styles 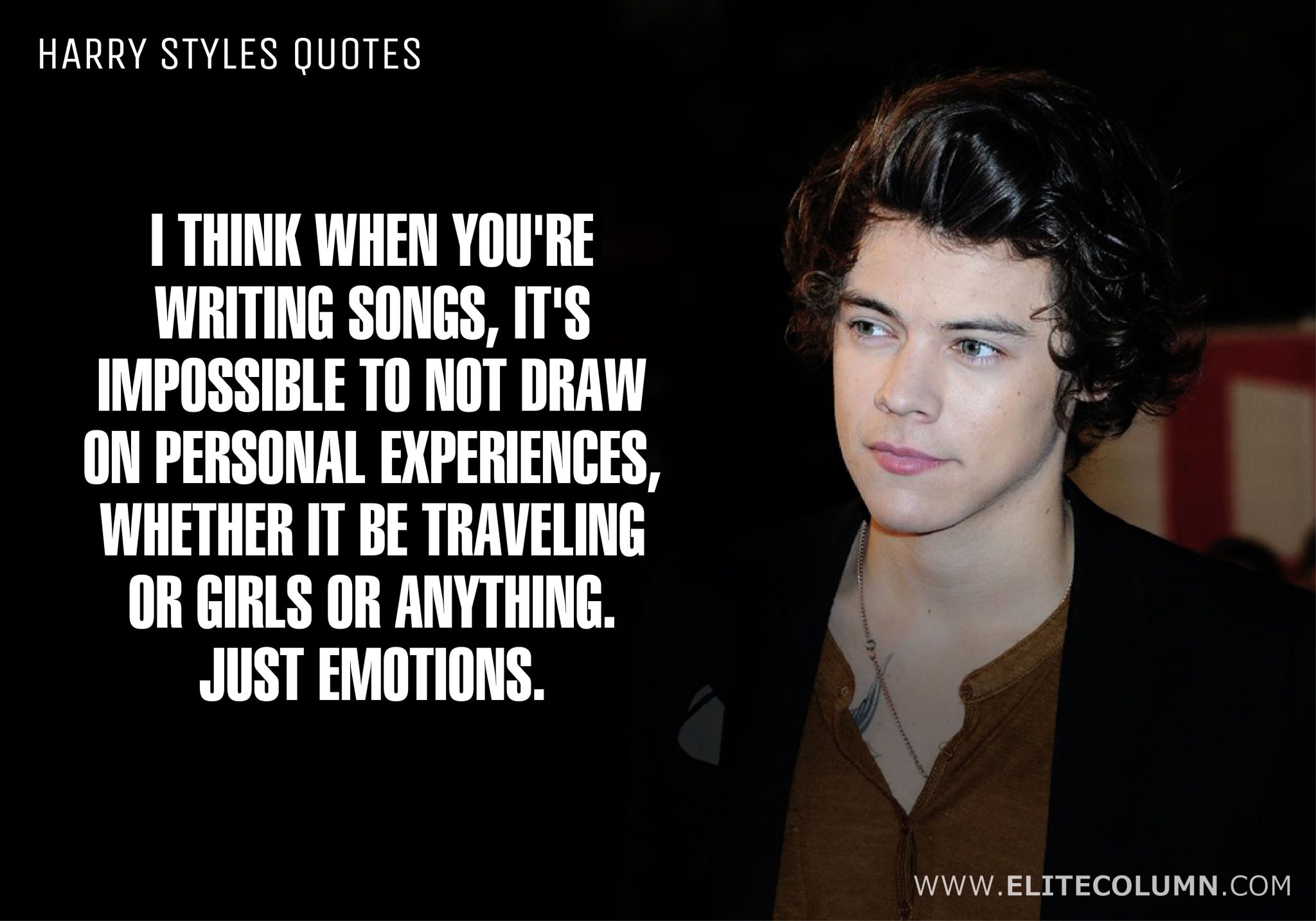 10. “I think when you’re writing songs, it’s impossible to not draw on personal experiences, whether it be traveling or girls or anything. Just emotions.” – Harry Styles

11. “I meditate and pray before going onstage – it helps me focus.” – Harry Styles 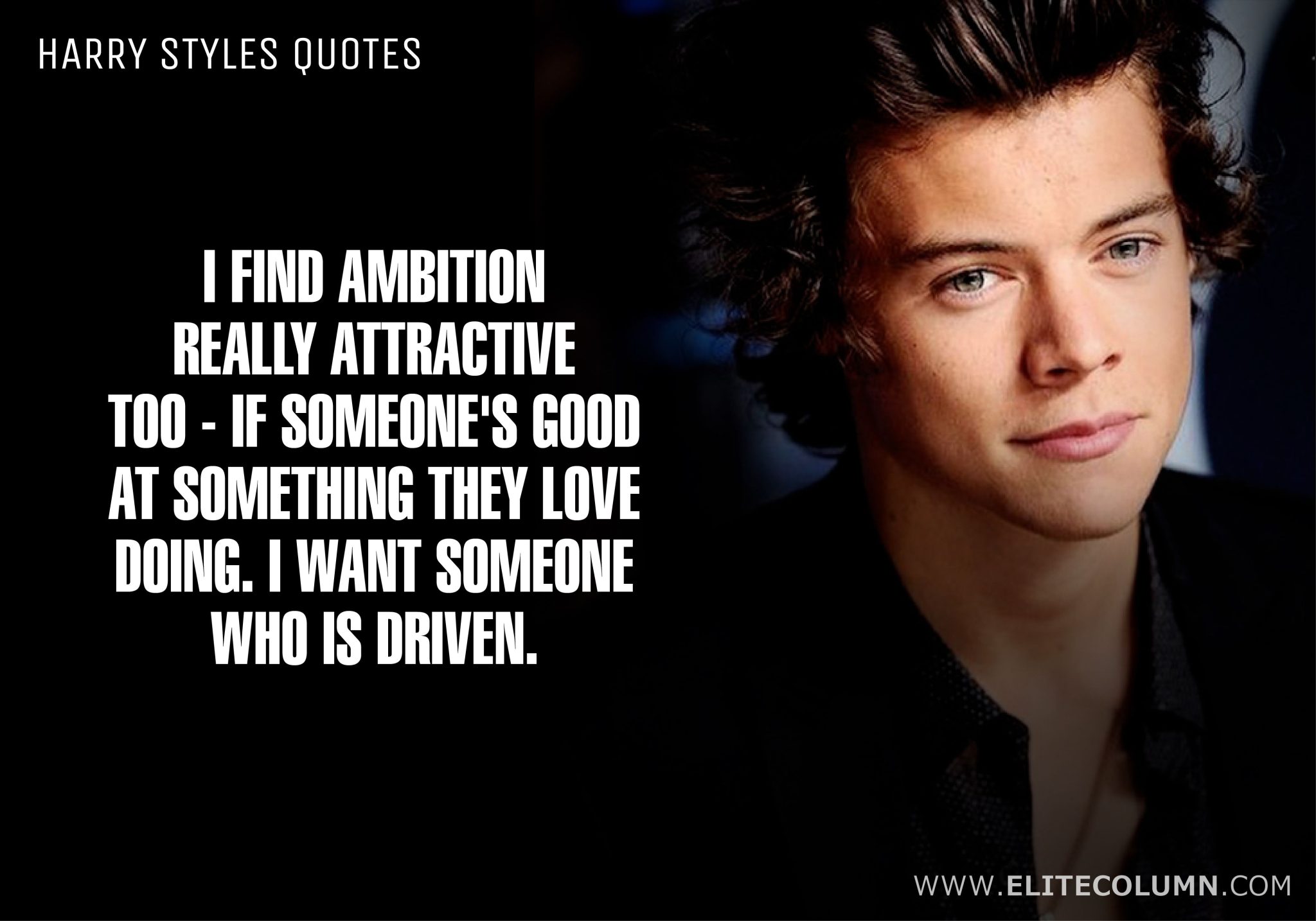 13. “I find ambition really attractive too – if someone’s good at something they love doing. I want someone who is driven.” – Harry Styles 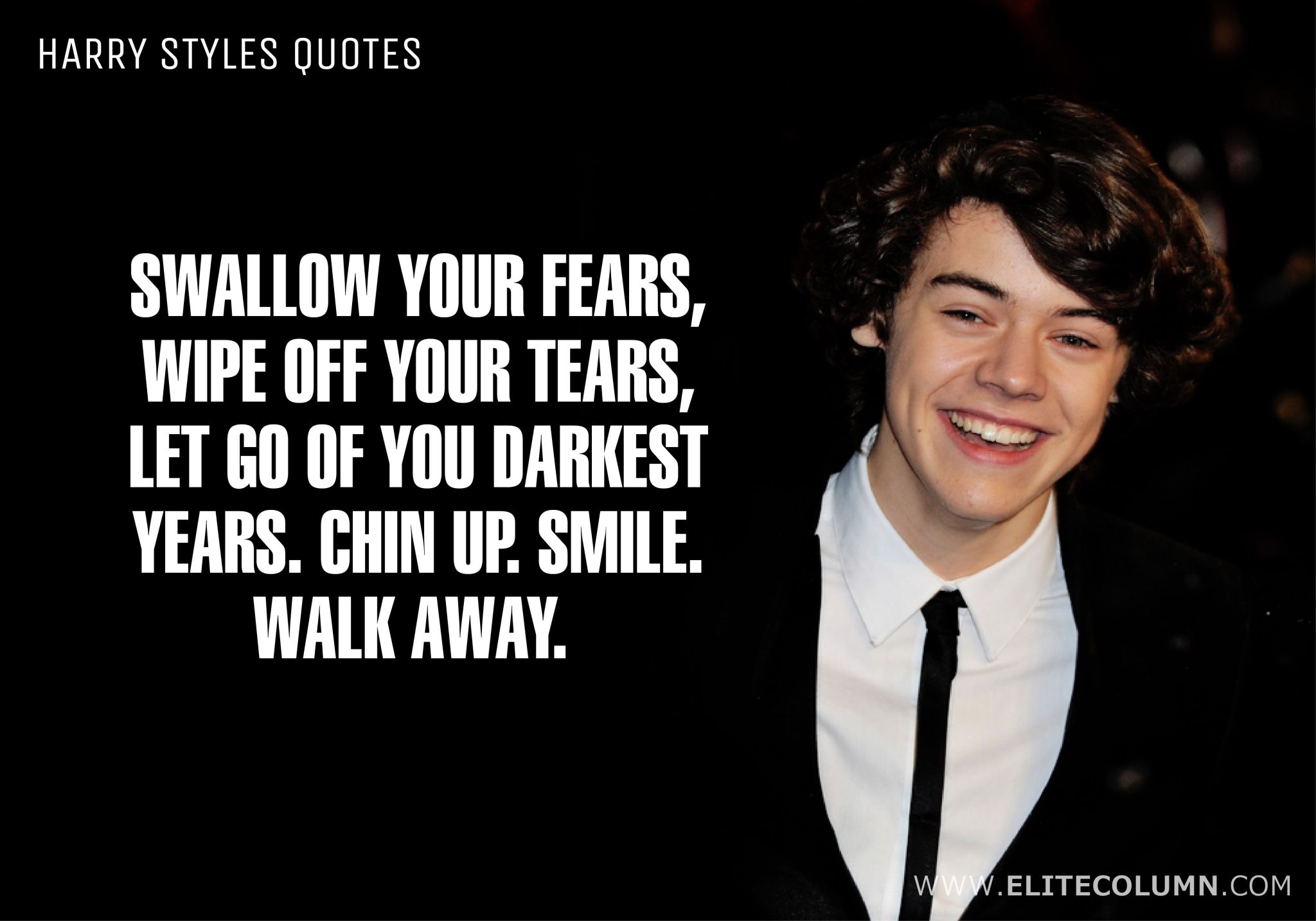 16. “Swallow your fears, wipe off your tears, let go of you darkest years. Chin up. Smile. Walk away.” – Harry Styles

17. “You have a choice where you can either be all right to someone or you can be a little bit nicer, and that can make someone’s day.” – Harry Styles