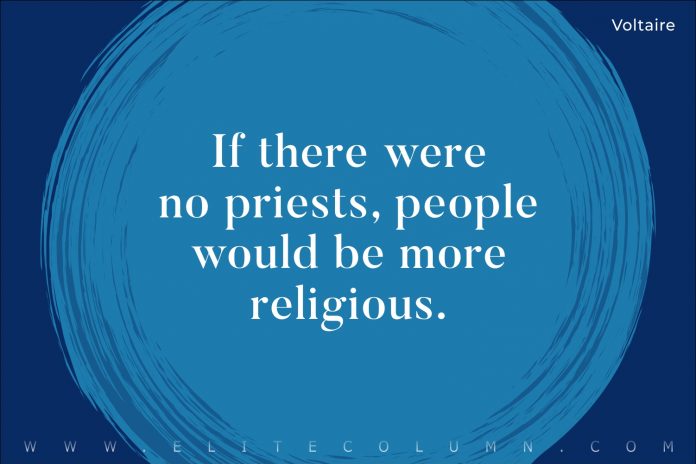 1. “The power of accurate observation is frequently called cynicism by those who don’t have it.” – George Bernard Shaw

2. “Whenever I climb I am followed by a dog called ‘Ego’.” – Friedrich Nietzsche

3. “Everybody pities the weak; jealousy you have to earn.” – Arnold Schwarzenegger

4. “Celibacy is the most unusual of all the perversions.” – Oscar Wilde

5. “If there were no priests, people would be more religious.” – Voltaire

6. “We have art to save ourselves from the truth.” – Friedrich Nietzsche

7. “Never interrupt your enemy when he is making a mistake.” – Napoleon Bonaparte

8. “I have never killed anyone, but I have read some obituary notices with great satisfaction.” – Clarence Darrow

10. “I have nothing to declare except my genius.” – Oscar Wilde

11. “Whether you think that you can, or that you can’t, you are usually right.” – Henry Ford

12. “With clarity, perseverance and grit, anything is possible.” – Avinash VS

15. “I don’t know why we are here, but I’m pretty sure that it is not in order to enjoy ourselves.” – Ludwig Wittgenstein

16. “There are no facts, only interpretations.”- Friedrich Nietzsche

17. “Nothing in the world is more dangerous than sincere ignorance and conscientious stupidity.” – Martin Luther King Jr

18. “Good people do not need laws to tell them to act responsibly, while bad people will find a way around the laws.” – Plato

20. “People demand freedom of speech to make up for the freedom of thought which they avoid.” – Soren Aabye Kierkegaard

21. “Give me chastity and continence, but not yet.” – Saint Augustine

23. “Only two things are infinite, the universe and human stupidity, and I’m not sure about the former.” – Albert Einstein

24. “A lie gets halfway around the world before the truth has a chance to get its pants on.” – Sir Winston Churchill

26. “I do not feel obliged to believe that the same God who has endowed us with sense, reason, and intellect has intended us to forgo their use.” – Galileo Galilei

27. “We are all atheists about most of the gods humanity has ever believed in. Some of us just go one god further.” – Richard Dawkins

29. “I’m living so far beyond my income that we may almost be said to be living apart.” – e e cummings

30. “In theory, there is no difference between theory and practice. But in practice, there is.”

31. “I find that the harder I work, the more luck I seem to have.” – Thomas Jefferson

32. “Each problem that I solved became a rule which served afterwards to solve other problems.” – Rene Descartes

33. “In the End, we will remember not the words of our enemies, but the silence of our friends.” – Martin Luther King Jr

34. ”Glory is fleeting, but obscurity is forever.” – Napoleon Bonaparte

35. “The whole problem with the world is that fools and fanatics are always so certain of themselves, and wiser people so full of doubts.” – Bertrand Russell

36. “Victory goes to the player who makes the next-to-last mistake.” – Chessmaster Savielly

38. “His ignorance is encyclopedic” – Abba Eban

41. “You can avoid reality, but you cannot avoid the consequences of avoiding reality.” – Ayn Rand

43. “A mathematician is a device for turning coffee into theorems.” – Paul Erdos

44. “Problems worthy of attack prove their worth by fighting back.” – Paul Erdos

48. “The only difference between me and a madman is that I’m not mad.” – Salvador Dali

49. “If you can’t get rid of the skeleton in your closet, you’d best teach it to dance.” – George Bernard Shaw

50. “But at my back I always hear Time’s winged chariot hurrying near.” – Andrew Marvell

Thanks for checking out the best Good Quotes. Feel free to share the quotes with your friends. Leave a comment below and which are your favourite Good Quotes ?