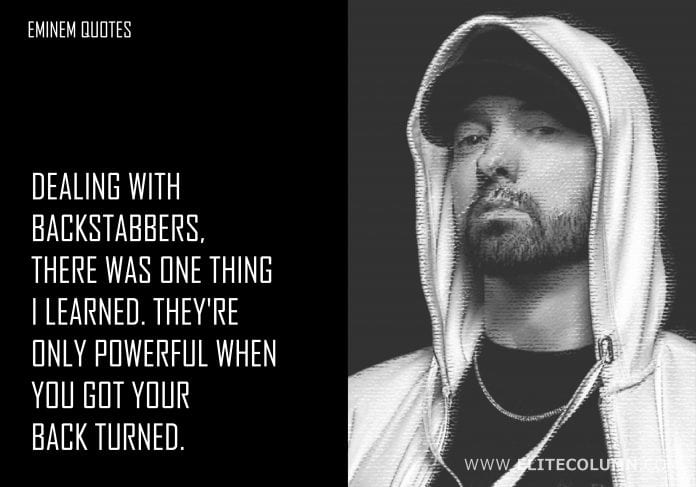 Marshall Bruce Mathers III aka Eminem is an American rapper, record producer, songwriter, and actor. He has been listed and ranked as one of the greatest artists of all time by many magazines, including Rolling Stone. The same magazine declared him ‘The King of Hip Hop’. After releasing his independent debut album Infinite in 1996, Eminem rose to mainstream popularity in 1999 with the release of his major-label debut album The Slim Shady LP. Eminem quotes will make you feel unstoppable. EliteColumn brings you the top 12 powerful Eminem quotes. 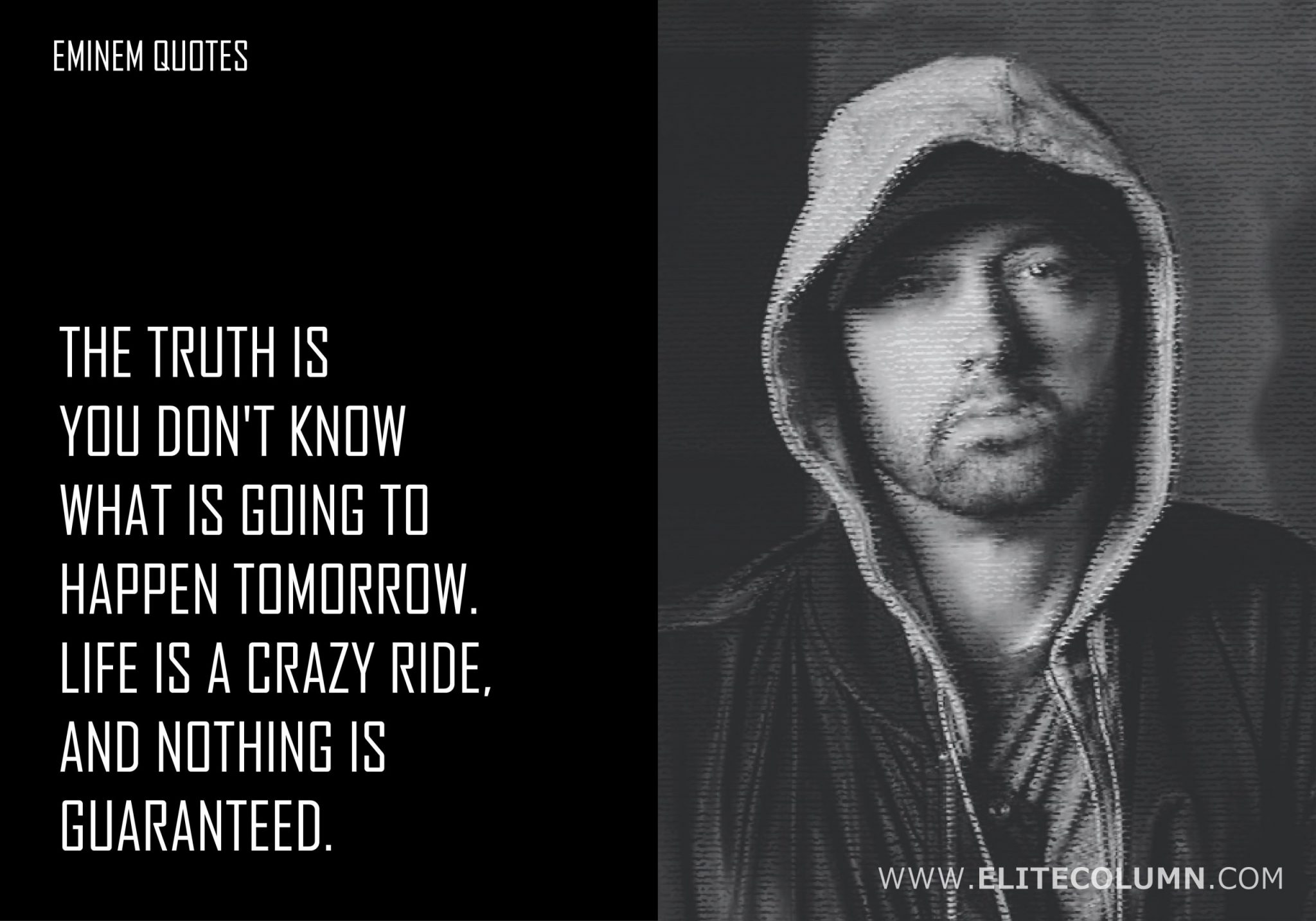 3. “If you have enemies, good that means you stood up for something.” – Eminem

4. “You’d have to walk a thousand miles in my shoes just to see what its like to be me!!” – Eminem

5. “They can trigger me. But they’ll never figure me out.” – Eminem 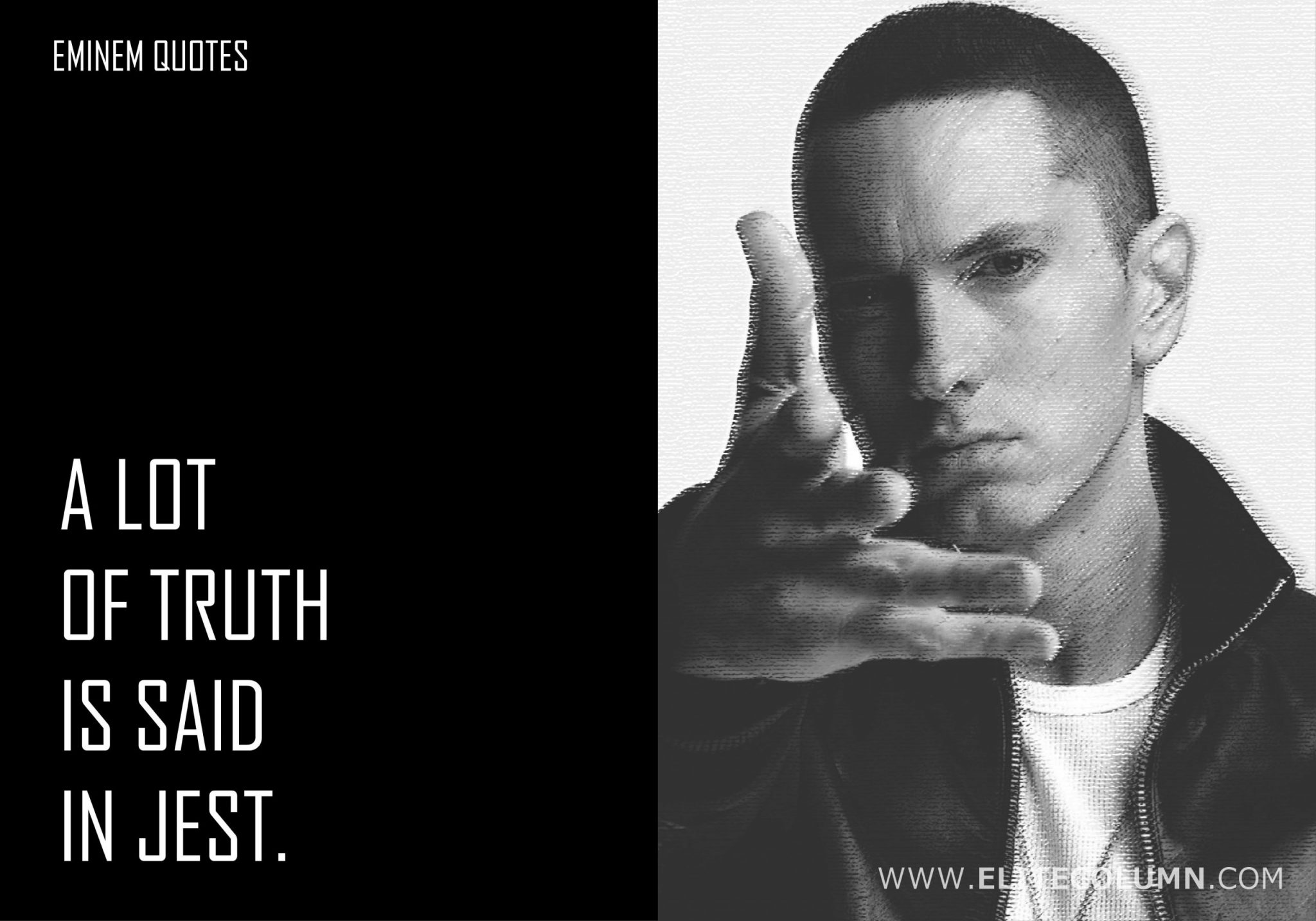 7. “Behind every successful person lies a pack of haters.” – Eminem 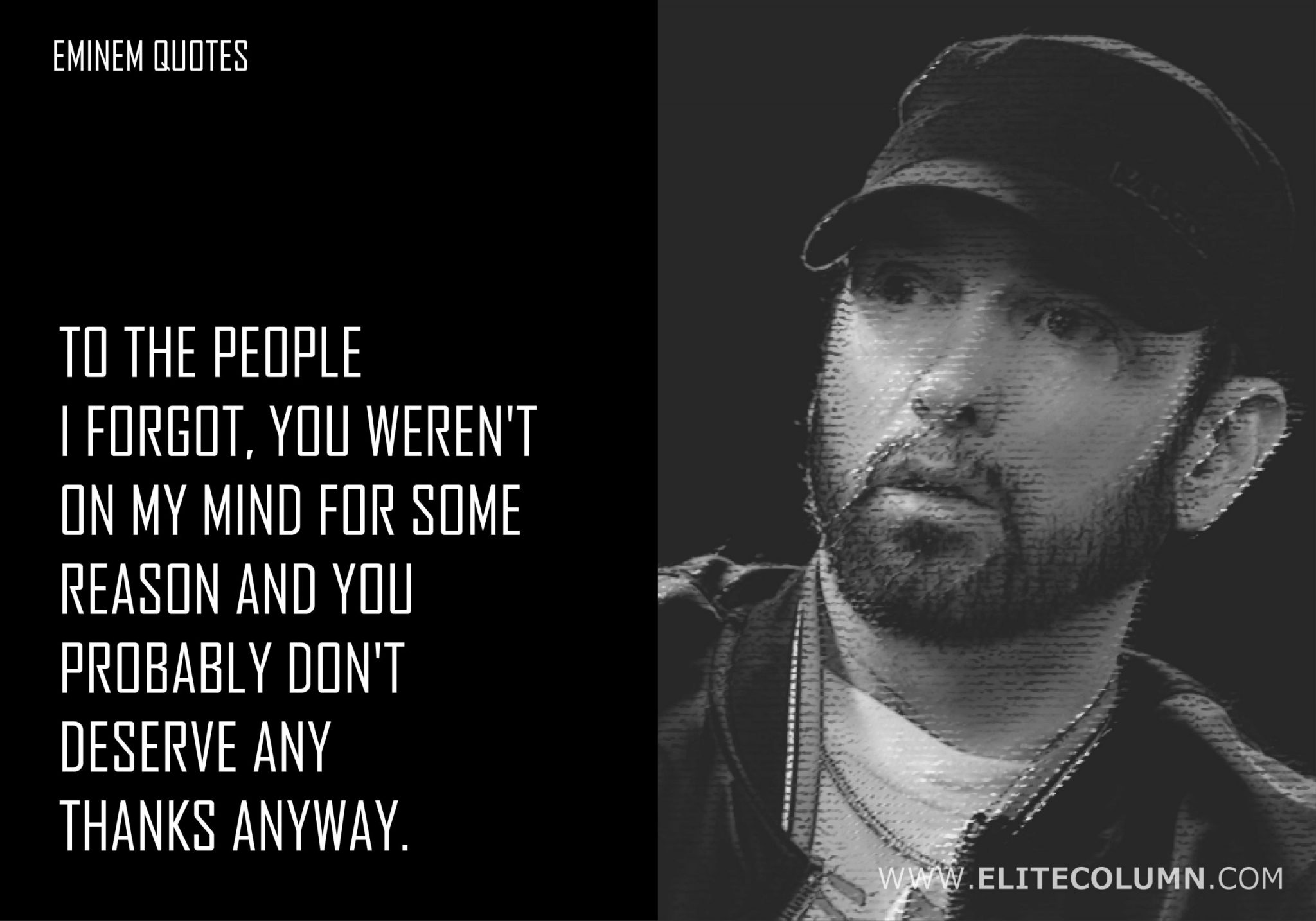 9. “To the people I forgot, you weren’t on my mind for some reason and you probably don’t deserve any thanks anyway.” – Eminem

10. “Look, if you had one shot, or one opportunity. To seize everything you ever wanted in one moment. Would you capture it or just let it slip?” – Eminem

12. “You can make something of your life. It just depends on your drive.” – Eminem 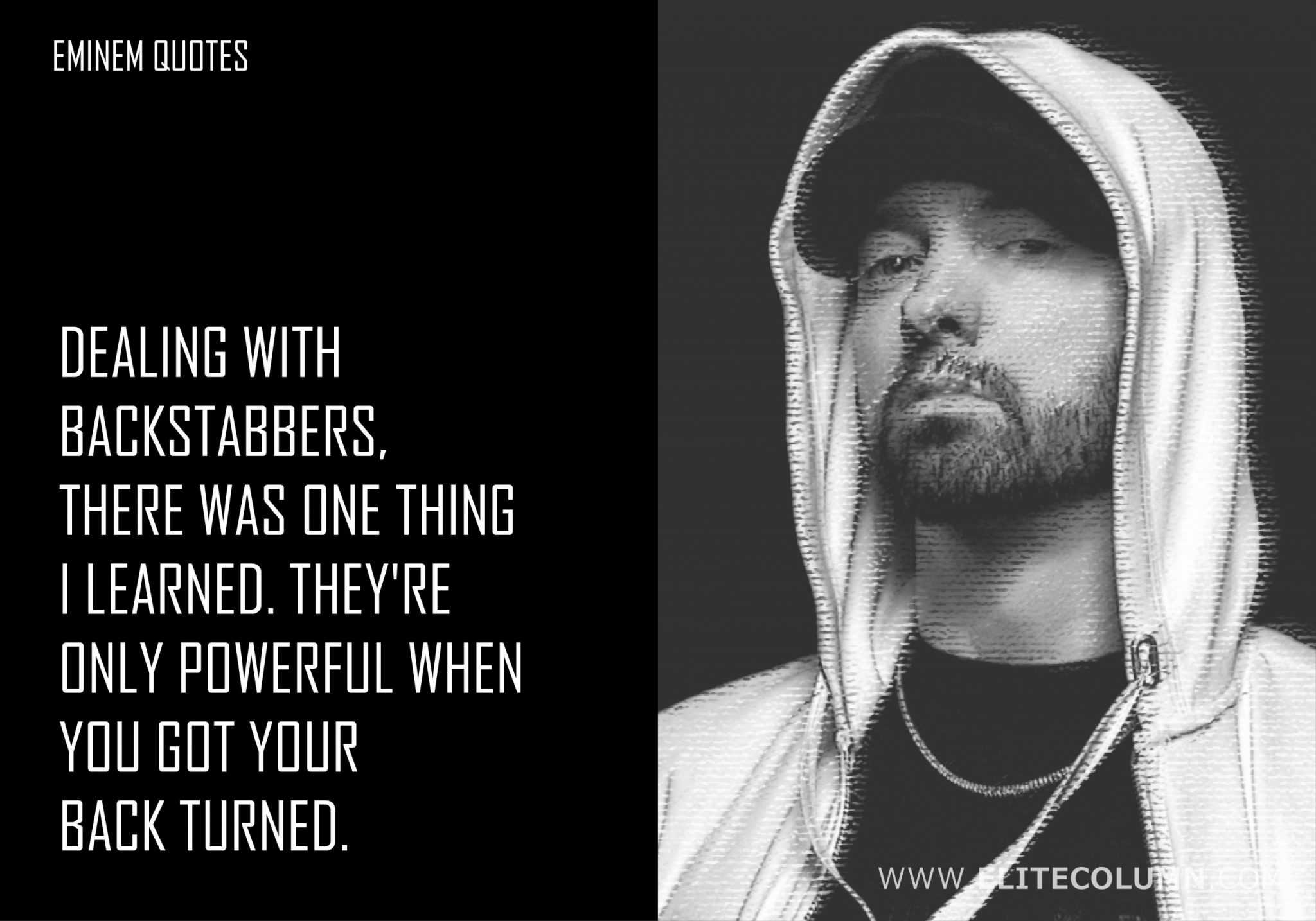 14. “Dealing with backstabbers, there was one thing I learned. They’re only powerful when you got your back turned.” – Eminem

15. “You don’t get another chance. Life is no Nintendo game.” – Eminem

16. “Thanks cuz your hate is what gave me this strength.” – Eminem 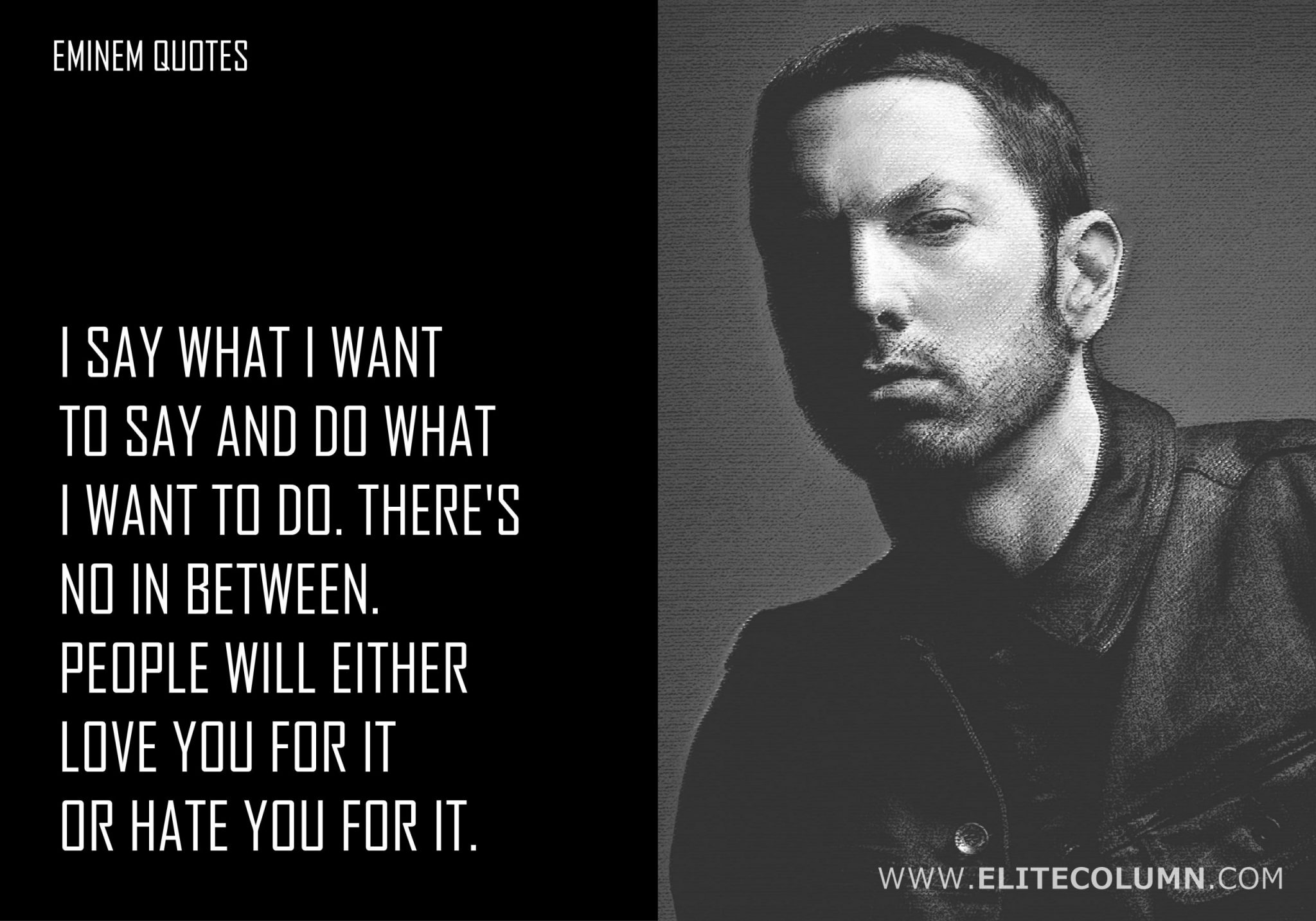 18. “If people take anything from my music, it should be motivation to know that anything is possible as long as you keep working at it and don’t back down.” – Eminem

Thanks for checking out the best Eminem quotes. Feel free to share the quotes with your friends. Leave a comment below and which are your favorite Eminem quotes ?