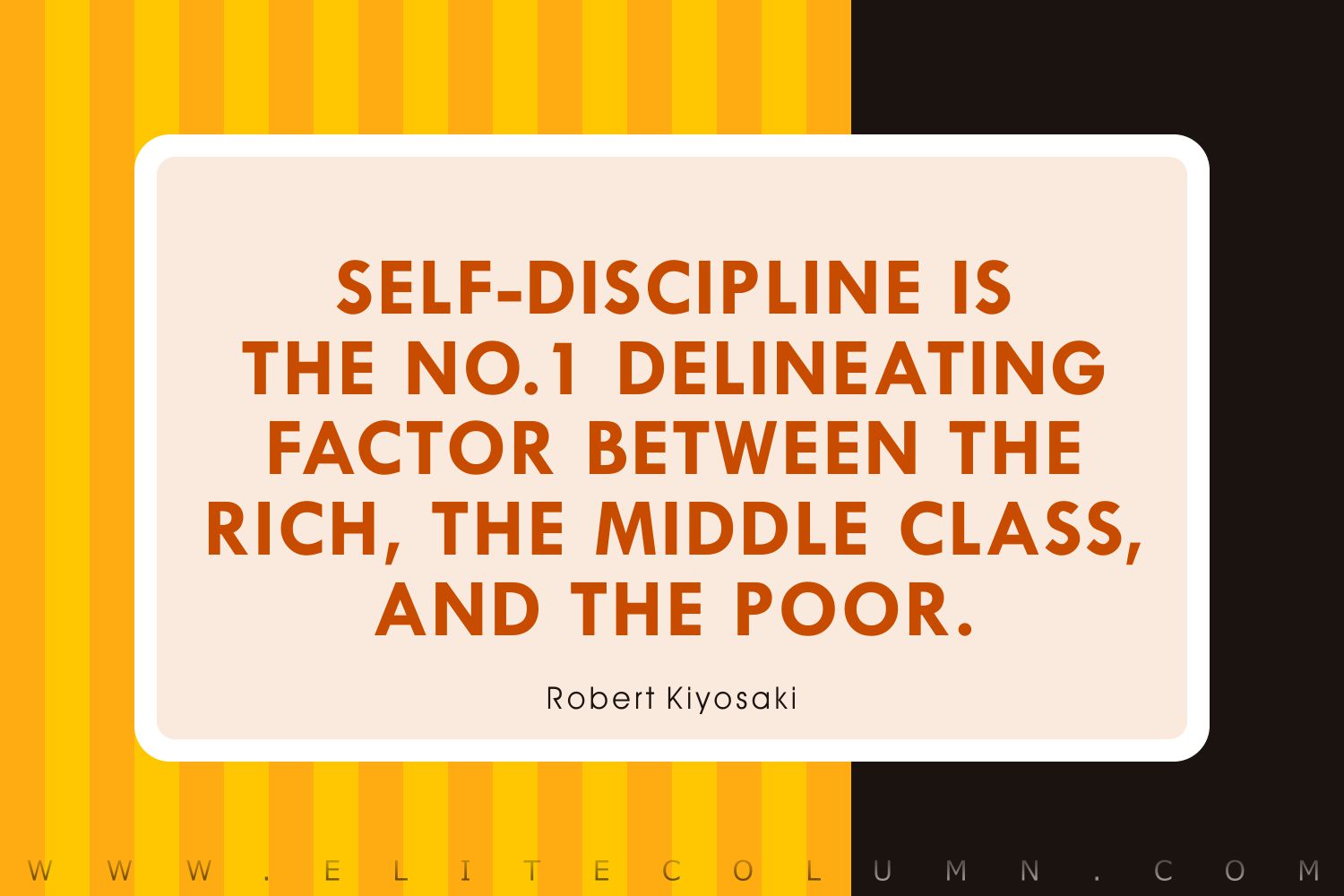 1. “Self-discipline is the No.1 delineating factor between the rich, the middle class, and the poor.” – Robert Kiyosaki

3. “Success is a matter of understanding and religiously practicing specific simple habits that always lead to success.” – Robjert J. Ringer

5. “He who lives without discipline dies without honor.” – Joseph Addison

6. “The price of excellence is discipline.  The cost of mediocrity is disappointment.” – William Arthur Ward

7. “By constant self-discipline and self-control you can develop greatness of character.” – Grenville Kleiser

8. “He who cannot obey himself will be commanded. That is the nature of living creatures.” – Friedrich Nietzsche

9.  “Most powerful is he who has himself in his own power.” – Seneca

10. “It is not enough to have great qualities; We should also have the management of them.” – La Rochefoucauld

11. “Discipline really means our ability to get ourselves to do things when we don’t want to.” – Arden Mahlberg

12. “Your level of success is determined by your level of discipline and perseverance.” – Anonymous

13. “That aim in life is highest which requires the highest and finest discipline.” – Henry David Thoreau

14. “You have power over your mind, not outside events.  Realize this, and you will find strength.” – Marcus Aurelius

15. “Success doesn’t just happen.  You have to be intentional about it, and that takes discipline.” – John C. Maxwell

16. “No man is fit to command another that cannot command himself.” – William Penn

17. “Discipline is the foundation of a successful and happy life.” – Anonymous

18. “True freedom is impossible without a mind made free by discipline.” – Mortimer J. Adler

20. “The first and greatest victory is to conquer self.” – Plato

21. “Discipline is the bridge between goals and accomplishment.” – Jim Rohn

23. “We do today what they won’t, so tomorrow we can accomplish what they can’t.” – Dwayne ‘The Rock’ Johnson

24. “Winners embrace hard work.  They love the discipline of it, the trade-off they’re making to win.  Losers, on the other hand, see it as a punishment.  And that’s the difference.” – Lou Holtz

25. “Discipline is the soul of an army.  It makes small numbers formidable; procures success to the weak, and esteem to all.” – George Washington

27. “The only discipline that lasts is self-discipline.” – Bum Philips

28. “Discipline is the refining fire by which talent becomes ability.” – Roy L. Smith

29. “With self-discipline, most anything is possible.” – Theodore Roosevelt

30. “If I want to be great I have to win the victory over myself…self-discipline.” – Harry S. Truman

31. “We must all suffer one of two things:  the pain of discipline or the pain of regret and disappointment.” – Jim Rohn

32. “I could only achieve success in my life through self-discipline, and I applied it until my wish and my will became one.” – Nikola Tesla

34. “One discipline always leads to another discipline.” – Jim Rohn

35. “We must do our work for its own sake, not for fortune or attention or applause.” – Steven Pressfield

36. “One painful duty fulfilled makes the next plainer and easier.” – Hellen Keller

37. “Self-respect is the fruit of discipline; the sense of dignity grows with the ability to say no to oneself.” – Abraham J. Heschel

38. “Do not consider painful what is good for you.” – Euripides

39. “Those who have nothing have only their discipline.” – Alain Badiou

40. “Success is nothing more than a few simple disciplines, practiced every day.” – Jim Rohn

41. “It is time to reverse this prejudice against conscious effort and to see the powers we gain through practice and discipline as eminently inspiring and even miraculous.” – Robert Greene

42. “With this magic ingredient, you can accomplish anything and everything you want to, and it is called self-discipline.” – Brian Tracy

43. “Do not bite at the bait of pleasure till you know there is no hook beneath it.” – Thomas Jefferson

45. “Respect your efforts, respect yourself. Self-respect leads to self-discipline. When you have both firmly under your belt, that’s real power.” – Clint Eastwood

46. “Success is actually a short race – a sprint fueled by discipline just long enough for habit to kick in and take over.” – Gary Keller

47. “Self-discipline is about controlling your desires and impulses while staying focused on what needs to get done to achieve your goal.” – Adam Sicinski

48. “All successes begin with self-discipline.  It starts with you.” – Dwayne “The Rock” Johnson

49. “Self-discipline is that which, next to virtue, truly and essentially raises one man above another.” – Joseph Addison

50. “I count him braver who overcomes his desires than him who conquers his enemies; for the hardest victory is over self.” – Aristotle 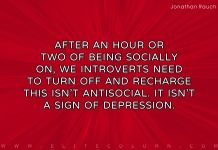 45 Introvert Quotes That Will Make You Strong 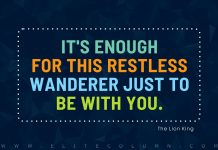 50 Boyfriend Quotes That Will Help You

50 Never Give Up Quotes That Will Motivate You