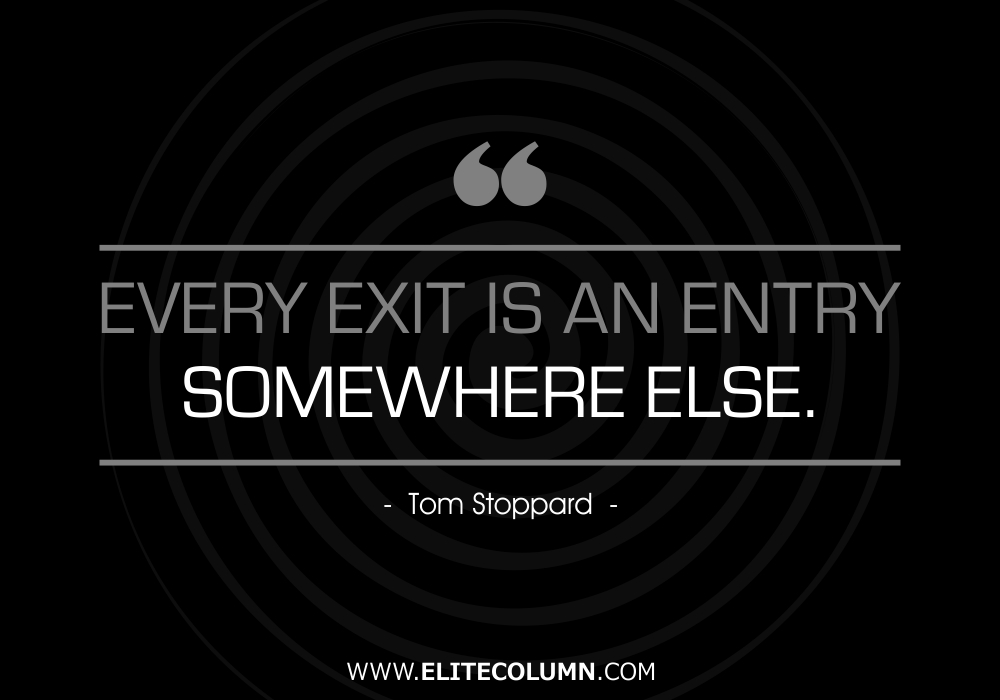 1. “Nothing is ever certain.” – Alice Sebold

4. “It is said that your life flashes before your eyes just before you die. That is true, it’s called life.” – Terry Pratchett

5. “To the well-organized mind, death is but the next great adventure.” – J.K. Rowling

6. “Every man’s life ends the same way. It is only the details of how he lived and how he died that distinguish one man from another.” – Ernest Hemingway

8. “It is not death that a man should fear, but he should fear never beginning to live.” – Marcus Aurelius

9. “Our dead are never dead to us, until we have forgotten them.” – George Eliot

10. “The funny thing about facing imminent death is that it really snaps everything else into perspective.” – James Patterson

12. “Live your life that the fear of death can never enter your heart.” – Tecumseh

14. “They say you die twice. One time when you stop breathing and a second time, a bit later on, when somebody says your name for the last time.” – Banksy

15. “From my rotting body, flowers shall grow and I am in them, and that is eternity.” – Edvard Munch

16. “When it’s time to die, let us not discover that we have never lived.” – Henry David Thoreau

20. “To live in the hearts we leave behind is not to die.” – Thomas Campbell

21. “Do not seek death. But do not fear it either. There cannot be life without death, it is inescapable.” – Keisei Tagami

22. “A day grows old as we do. Do not wish death upon it. Let it live, let it love, and only then should you let it rest in peace.” – Michelle C. Ustaszeski

23. “It matters not how a man dies, but how he lives. The act of dying is not of importance, it lasts so short a time.” – Samuel Johnson

24. “I think of death as some delightful journey that I shall take when all my tasks are done.” – Ella Wheeler Wilcox

25. “People living deeply have no fear of death.” – Anais Nin

26. “Death is nothing else but going home to God, the bond of love will be unbroken for all eternity.” – Mother Teresa

27. “Everyone dies eventually, whether they have power or not. That’s why you need to think about what you’ll accomplish while you’re alive.” – Mary Macbeth

28. “Life and death are one thread, the same line viewed from different sides.’’ – Lao Tzu

29. “Life will undertake to separate us, and we must each set off in search of our own path, our own destiny or our own way of facing death.” – Paulo Coelho

30. “We all die. The goal isn’t to live forever, the goal is to create something that will.” – Chuck Palahniuk

31. “Every exit is an entry somewhere else.” – Tom Stoppard

33. “No one really knows why they are alive until they know what they’d die for.” – Martin Luther King Jr.

34. “Dying is like coming to the end of a long novel, you only regret it if the ride was enjoyable and left you wanting more.” – Jerome P. Crabb

36. “Death is a word, and it is the word, the image, that creates fear.” – Jiddu Krishnamurti

39. “People die, I think, but your relationship with them doesn’t. It continues and is ever-changing.” – Jandy Nelson

40. “Death is like a mirror in which the true meaning of life is reflected.” – Sogyal Rinpoche

42. “I regret not death. I am going to meet my friends in another world.” – Ludovico Ariosto

43. “The reports of my death are greatly exaggerated.” – Mark Twain

44. “You needn’t die happy when your time comes, but you must die satisfied, for you have lived your life from the beginning to the end.” – Stephen King

45. “I would rather die a meaningful death than to live a meaningless life.” – Corazon Aquino

47. “Mostly it is loss which teaches us about the worth of things.” – Arthur Schopenhauer

48. “If you live each day as it was your last, someday you’ll most certainly be right.” – Steve Jobs

50. “The fear of death follows from the fear of life. A man who lives fully is prepared to die at any time.” – Mark Twain

Thanks for checking out the best Death Quotes. Feel free to share the quotes with your friends. Leave a comment below and which are your favourite Death Quotes ?