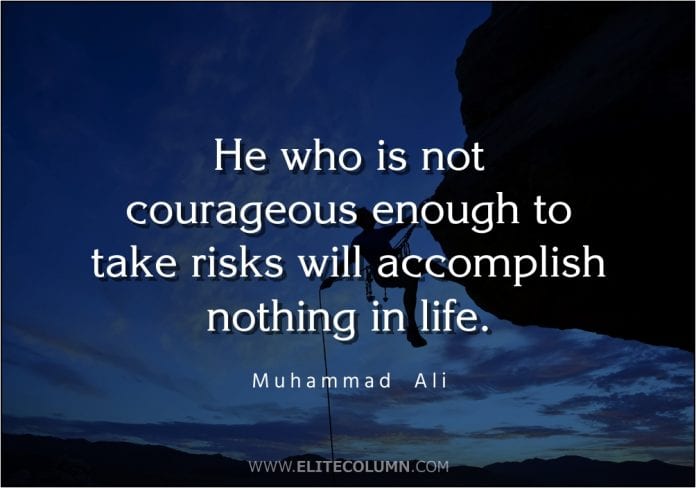 Courage is the ability to do something difficult even when there’s risk. Courageous people do and say what they think is right despite opposition. History books tell colorful tales of social activists, such as Martin Luther King and Nelson Mandela, who chose to speak out against injustice at great personal risk. There are different types of courage, ranging from physical strength and endurance to mental stamina and innovation. EliteColumn brings you the best courage quotes to motivate you. 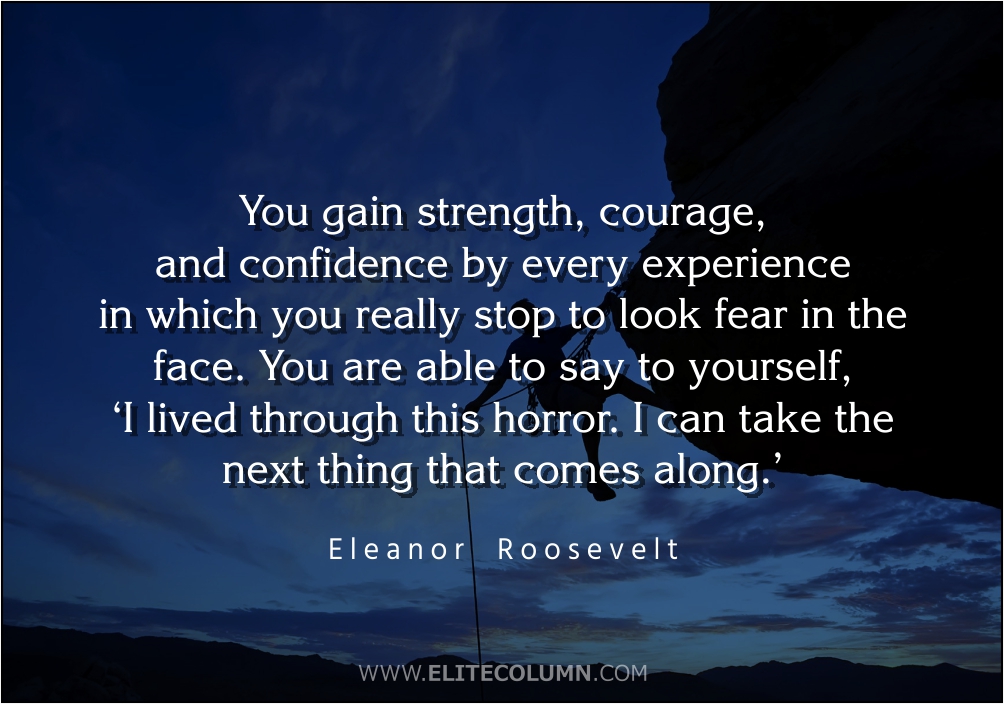 1. “You gain strength, courage, and confidence by every experience in which you really stop to look fear in the face. You are able to say to yourself, ‘I lived through this horror. I can take the next thing that comes along.’ – Eleanor Roosevelt

2. “Courage – a perfect sensibility of the measure of danger, and a mental willingness to endure it.” – William T. Sherman

3. “Courage is resistance to fear, mastery of fear, not absence of fear.” – Mark Twain

4. “Fear is a reaction. Courage is a decision.” – Winston Churchill

5. “Courage is the commitment to begin without any guarantee of success.” – Johann Wolfgang von Goethe 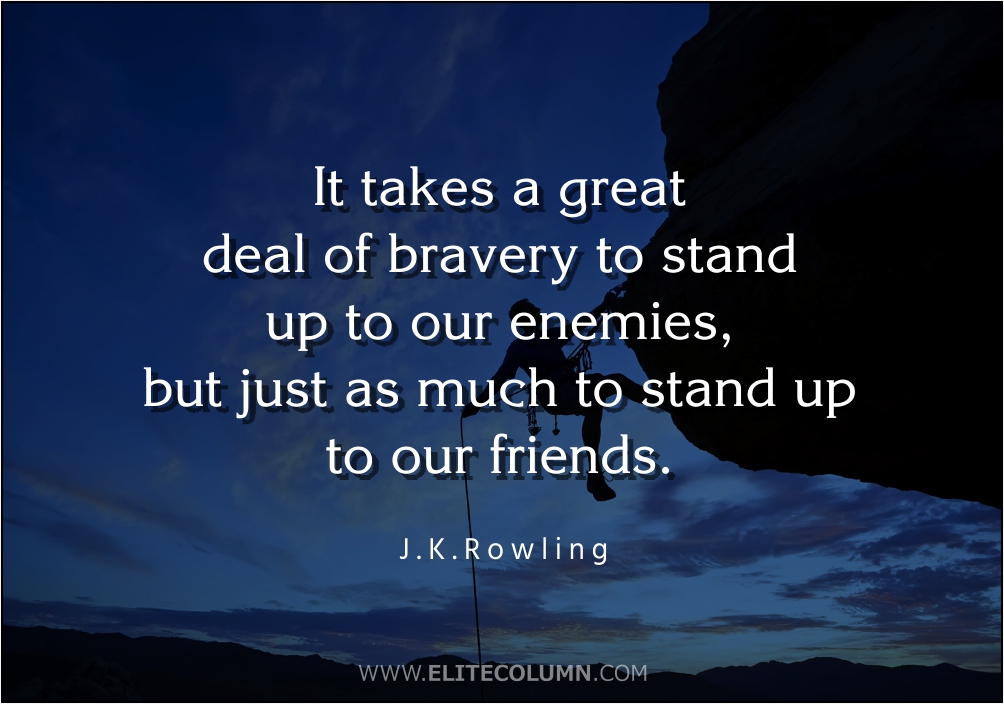 7. “Courage is like love, it must have hope for nourishment.” – Napoleon Bonaparte

8. “Take chances, make mistakes. That’s how you grow. Pain nourishes your courage. You have to fail in order to practice being brave.” – Mary Tyler Moore

10. “Courage is the discovery that you may not win, and trying when you know you can lose.” – Tom Krause 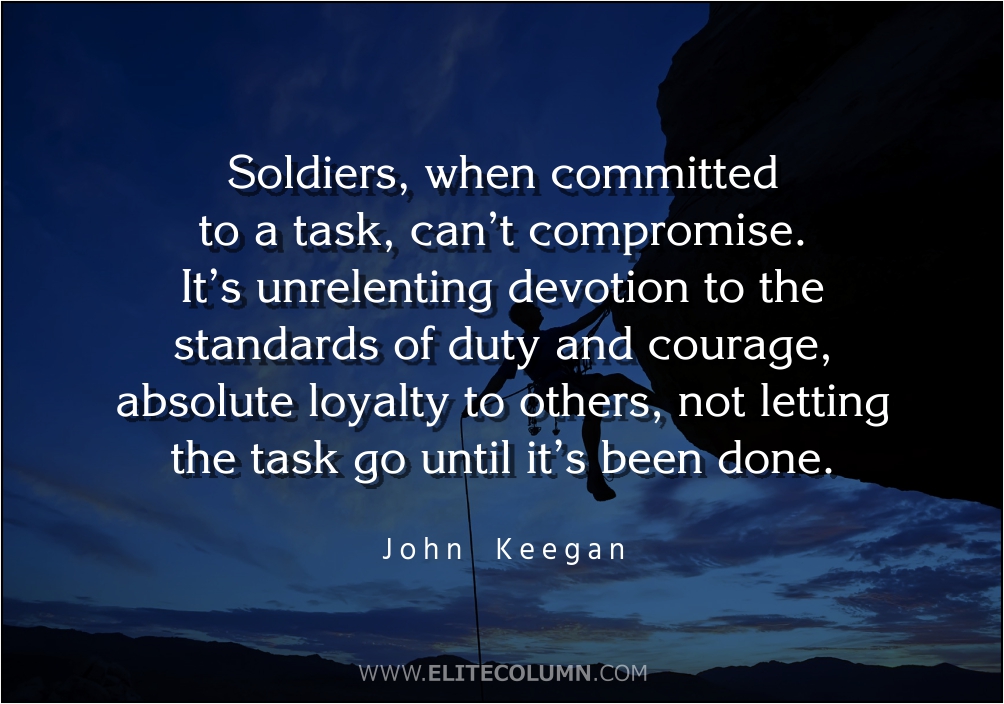 11. “Soldiers, when committed to a task, can’t compromise. It’s unrelenting devotion to the standards of duty and courage, absolute loyalty to others, not letting the task go until it’s been done.” – John Keegan

12. “With clarity, perseverance and grit, anything is possible.” – Avinash VS

13. “Truth is the best arrow and courage the finest bow.” – Eva Ritchey

15. “You get in life what you have the courage to ask for.” – Oprah Winfrey 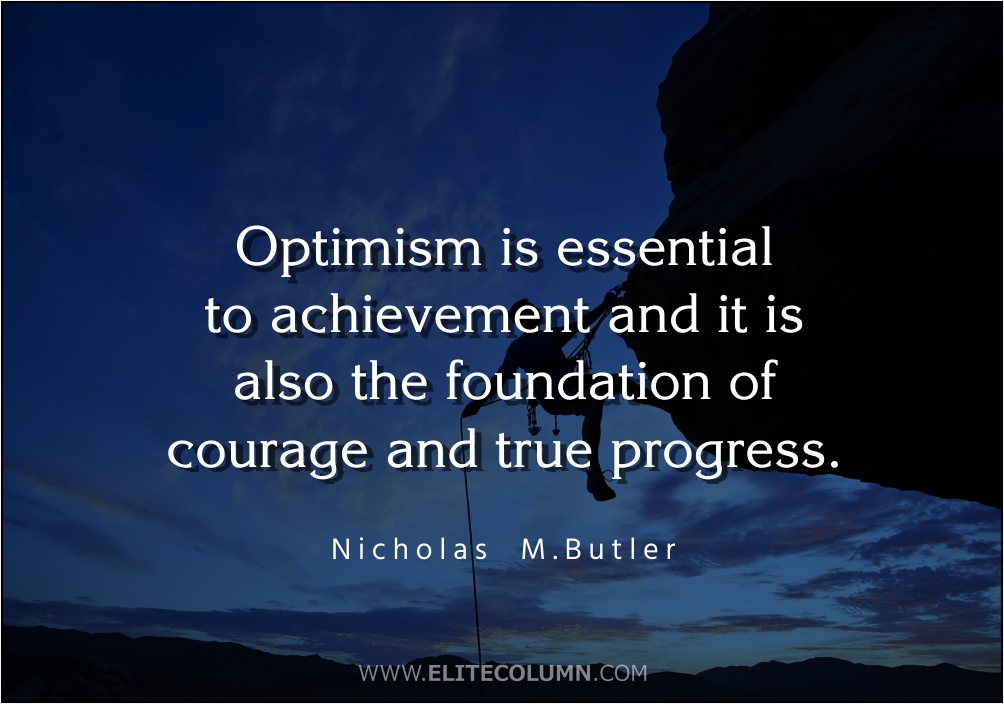 16. “Optimism is essential to achievement and it is also the foundation of courage and true progress.” – Nicholas M. Butler

17. “It takes courage to grow up and become who you really are.” – E.E. Cummings

18. “Courage means going against majority opinion in the name of the truth.” – Vaclav Havel

20. “It is curious that physical courage should be so common in the world and moral courage so rare.” – Mark Twain 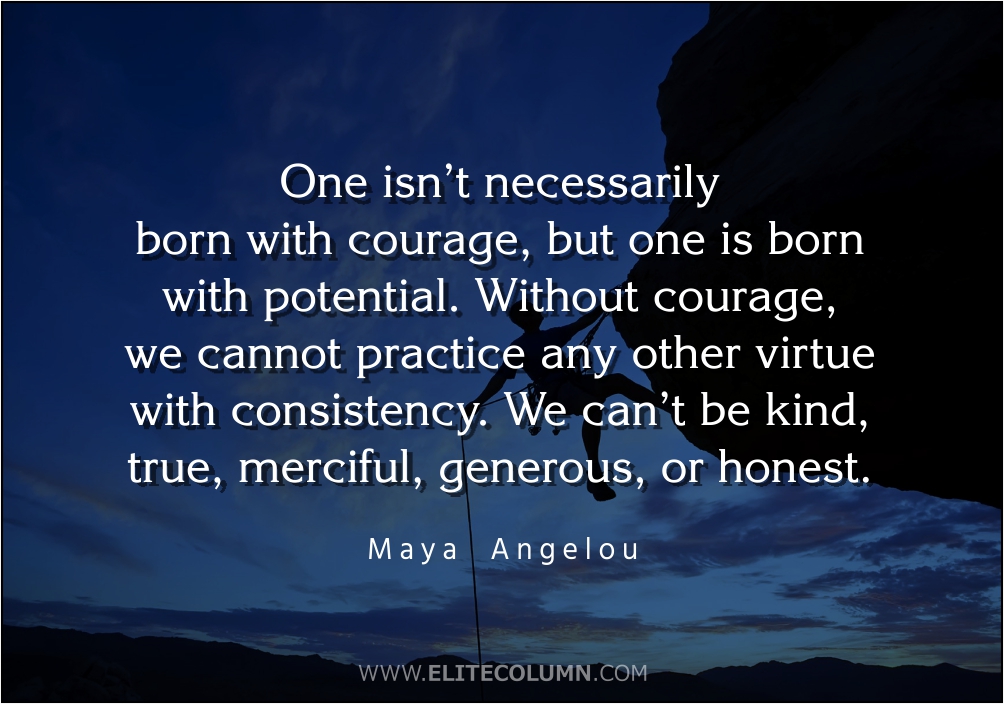 21. “One isn’t necessarily born with courage, but one is born with potential. Without courage, we cannot practice any other virtue with consistency. We can’t be kind, true, merciful, generous, or honest.” – Maya Angelou

23. “What good are wings without the courage to fly?” – Atticus

25. “There will always be fear; do it anyway. Let your courage inspire the world around you.” –  Steve Maraboli 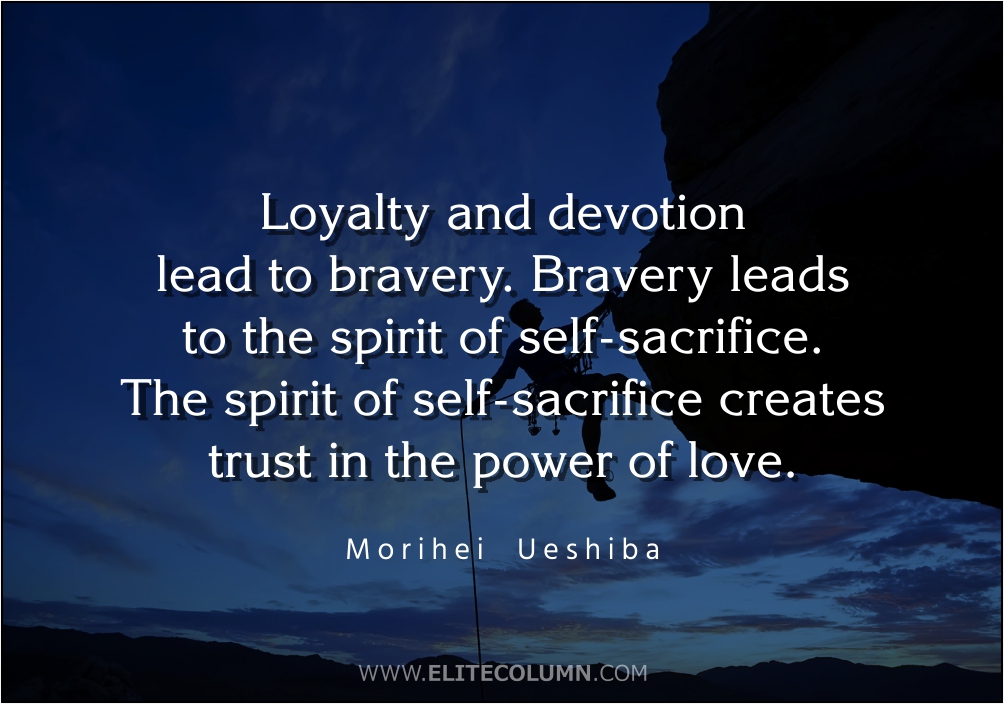 27. “All our dreams can come true if we have the courage to pursue them.” – Walt Disney

29. “If you lack patience, even when you face some small obstacle, you lose courage.” – Dalai Lama

30. “Courage is the most important of all the virtues because without courage, you can’t practice any other virtue consistently.” – Maya Angelou 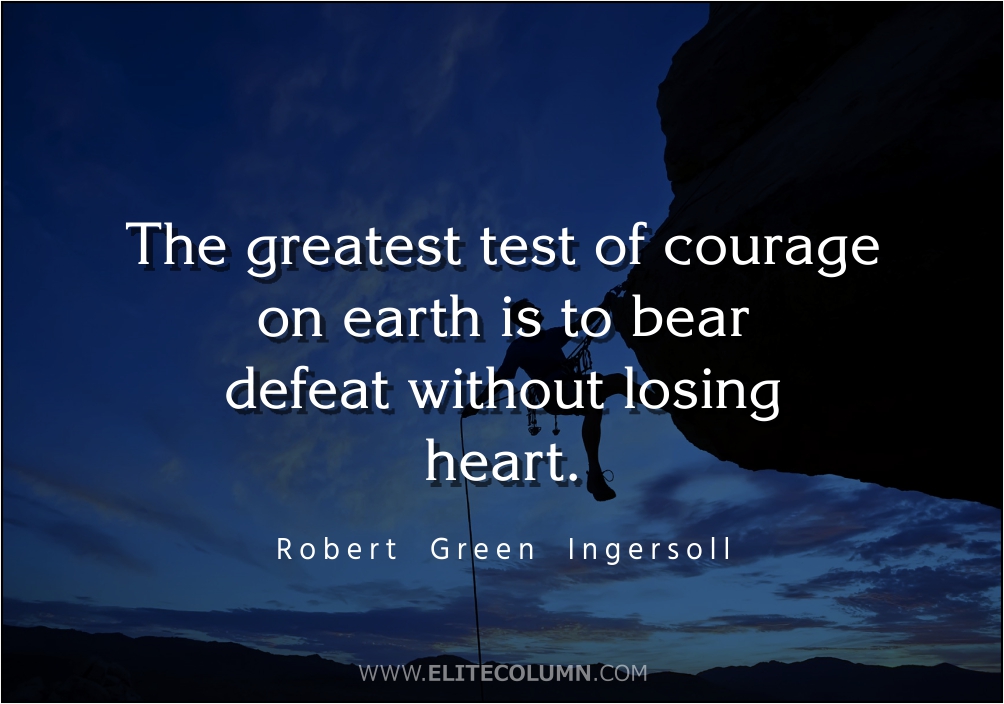 31. “The greatest test of courage on earth is to bear defeat without losing heart.” – Robert Green Ingersoll

32. “It’s easy to stand with the crowd. It takes courage to stand alone.” – Mahatma Gandhi

33. “What would life be if we had no courage to attempt anything?” – Vincent Van Gogh

34. “Courage is the love affair with the unknown.” – Osho

35. “Real courage is being afraid but doing it anyway.” – Oprah Winfrey 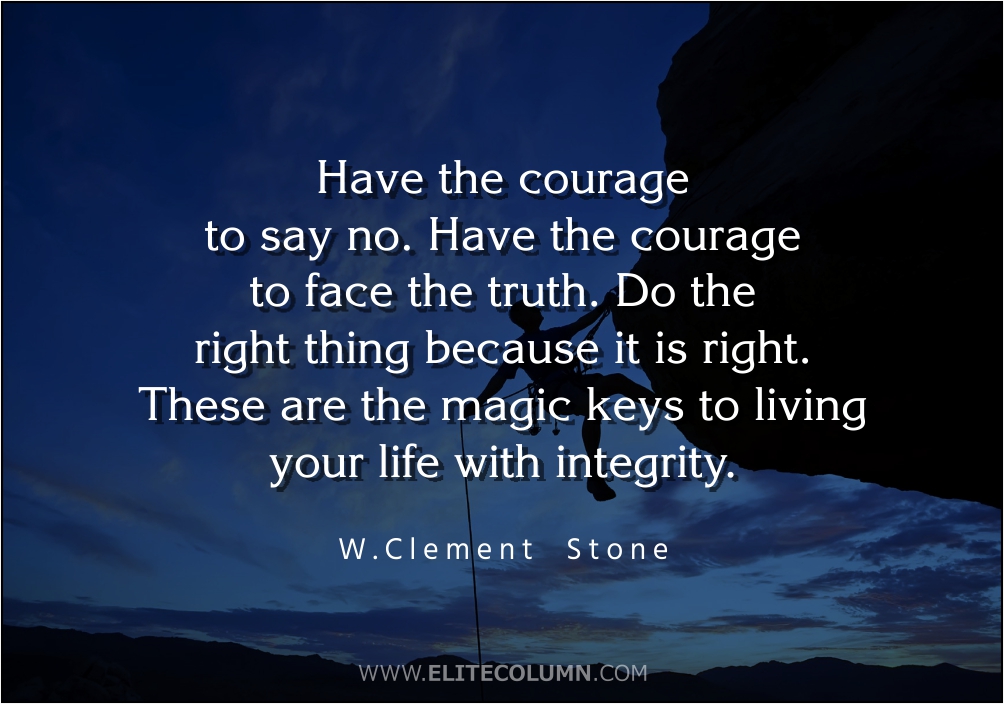 37. “Few persons have courage enough to appear as good as they really are.” – A.W. Hare

38. “With courage you will dare to take risks, have the strength to be compassionate, and the wisdom to be humble. Courage is the foundation of integrity.” – Mark Twain 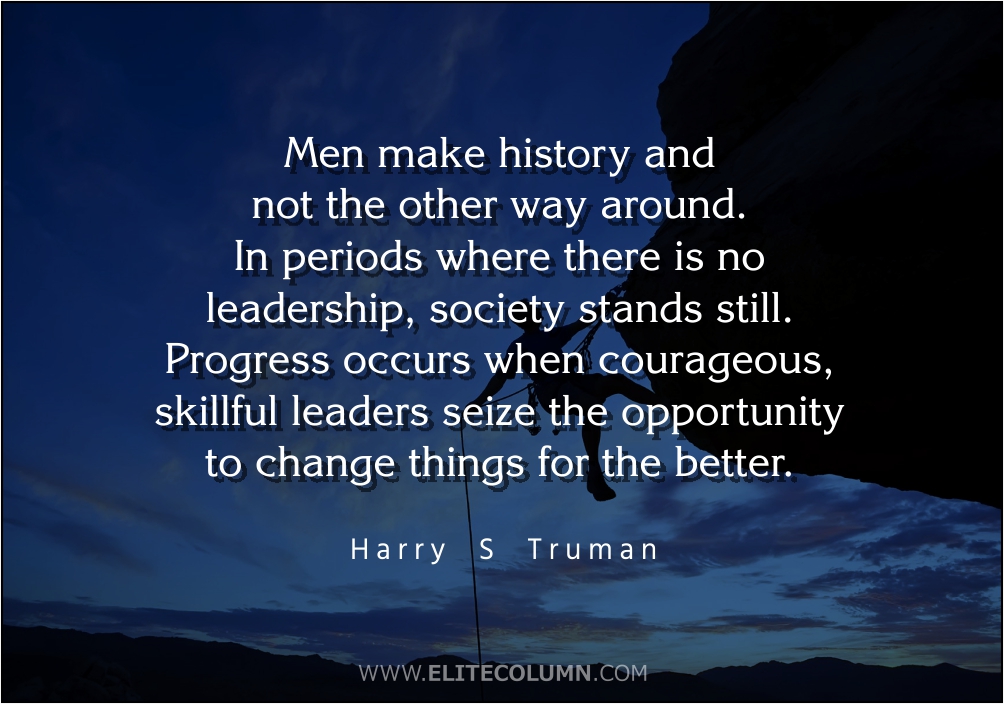 40. “Men make history and not the other way around. In periods where there is no leadership, society stands still. Progress occurs when courageous, skillful leaders seize the opportunity to change things for the better.” – Harry S Truman

41. “My definition of courage is never letting anyone define you.” – Jenna Jameson

42. “I learned that courage was not the absence of fear but the triumph over it.” – Nelson Mandela 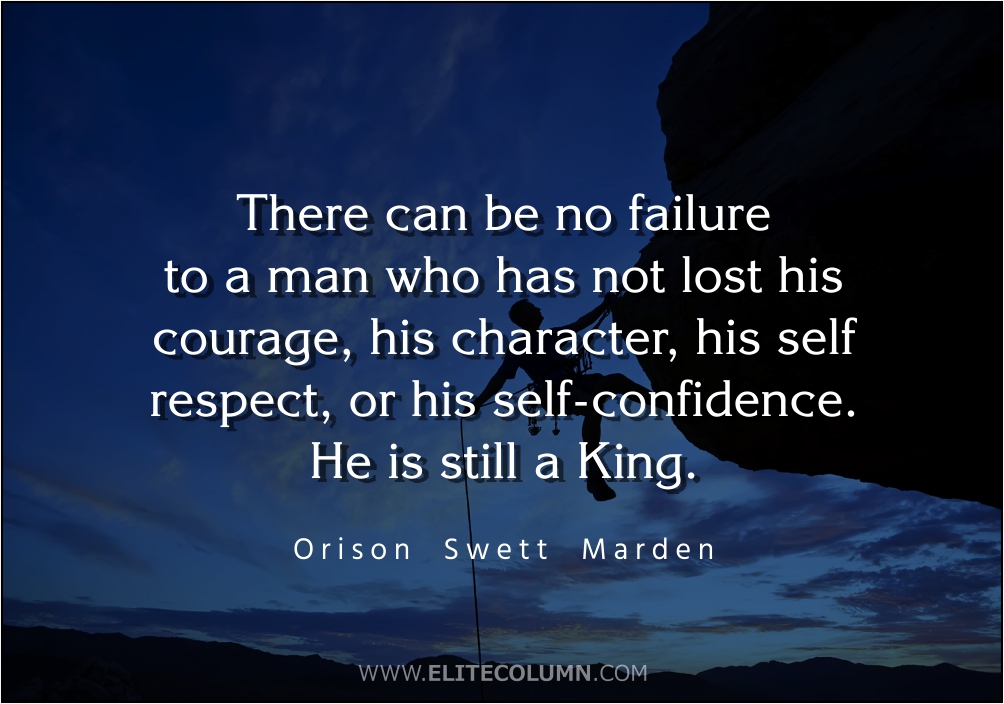 44. “There can be no failure to a man who has not lost his courage, his character, his self respect, or his self-confidence. He is still a King.” – Orison Swett Marden

45. “Success is not final, failure is not fatal: it is the courage to continue that counts.” – Winston Churchill

47. “Courage is universal. It is needed by each of us in every conceivable circumstance.” – Gus Lee 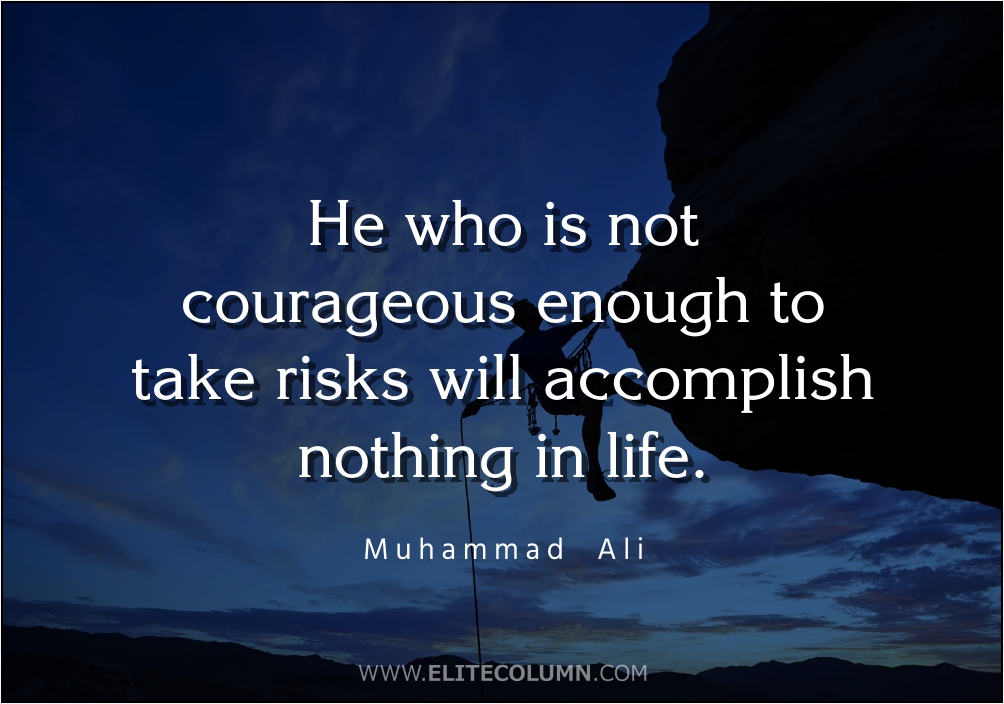 48. “He who is not courageous enough to take risks will accomplish nothing in life.” – Muhammad Ali

49. “Courage is never to let your actions be influenced by your fears.” – Koestler

50. “Courage is the power to let go of the familiar.” – Raymond Lindquist

51. “Courage is confidence, and confidence separates individuals who are successful from those people who settled for less in life.” – T. Morgan

53. “It takes courage to step out of one’s comfort zone, because it is a challenge to do so.” – D. M. Neddermeyer

54. “Genius is talent set on fire by courage.” – Henry VanDyke

Thanks for checking out the best Courage quotes. Feel free to share the quotes with your friends. Leave a comment below and which are your favorite Courage quotes ?