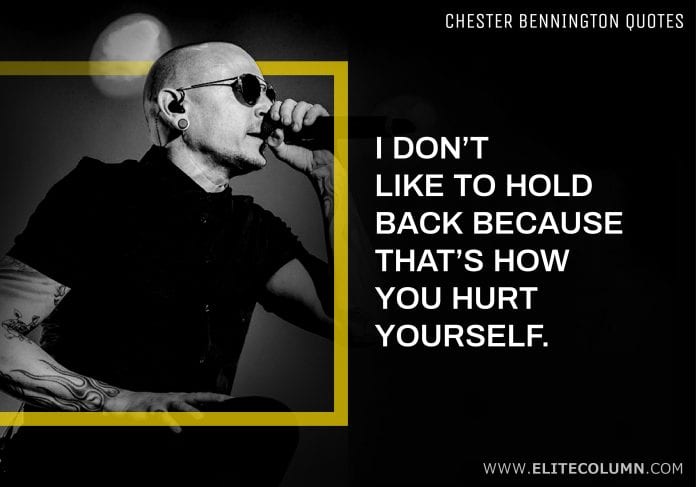 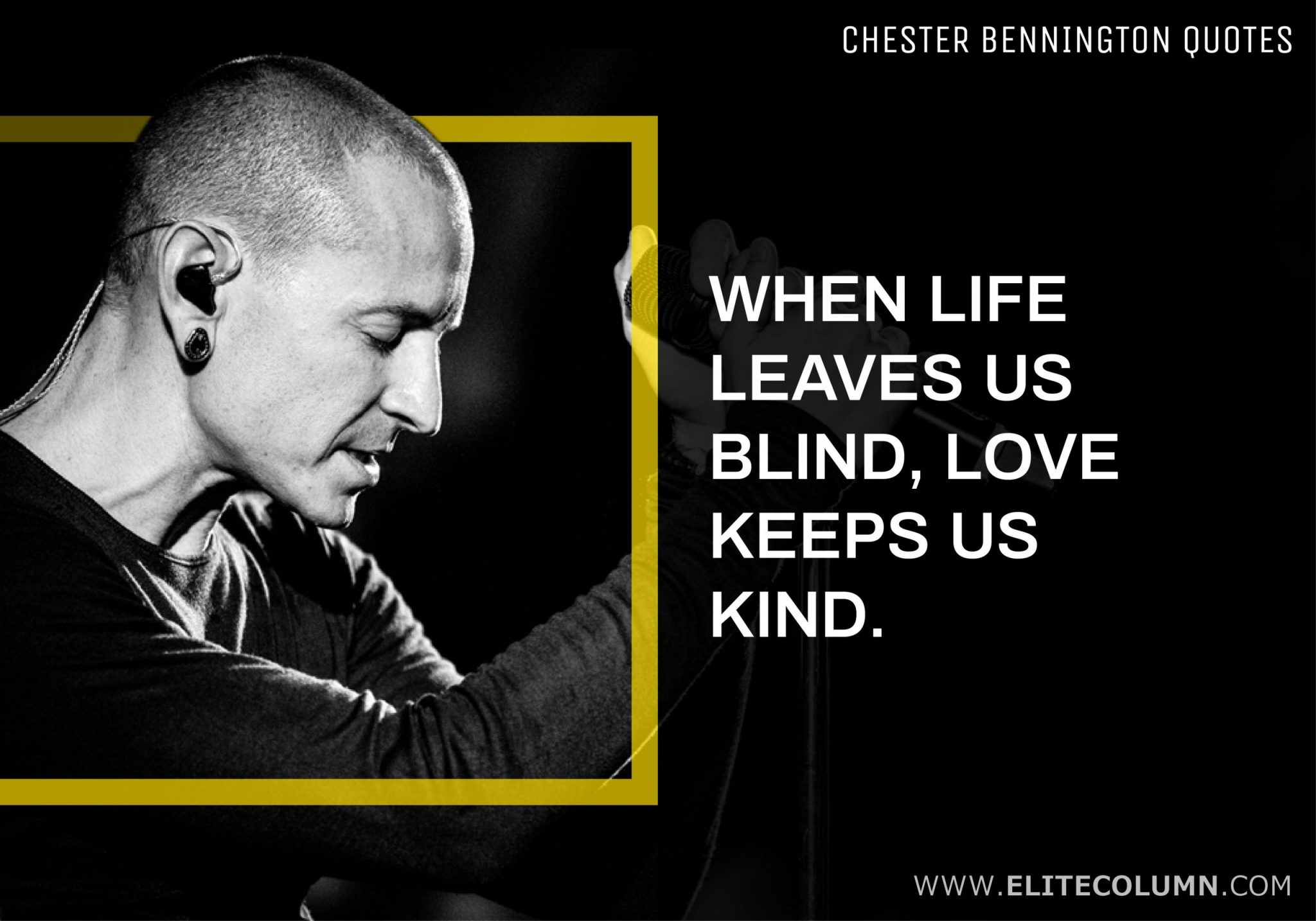 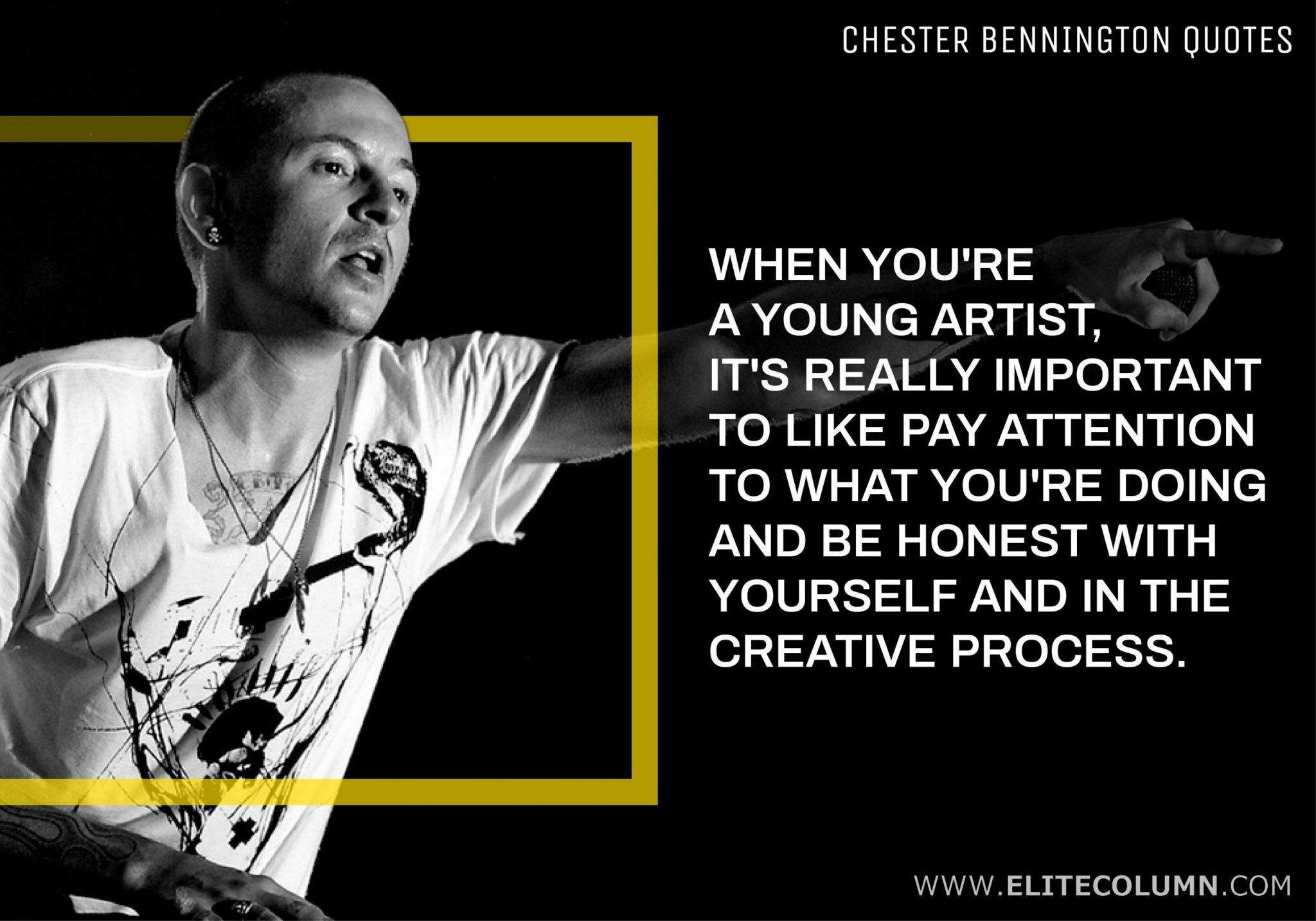 2. “When you’re a young artist, it’s really important to like pay attention to what you’re doing and be honest with yourself and in the creative process.” – Chester Bennington 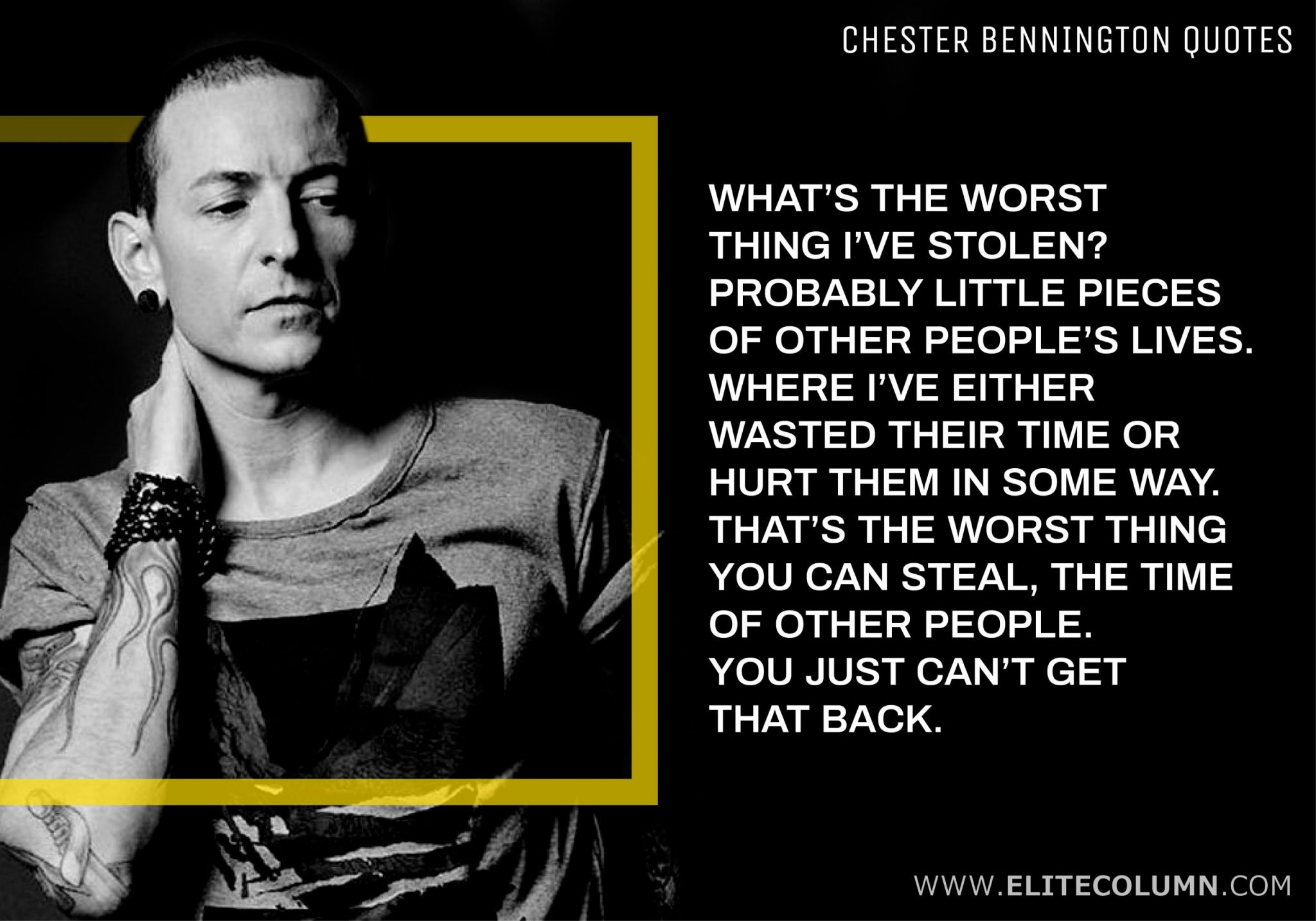 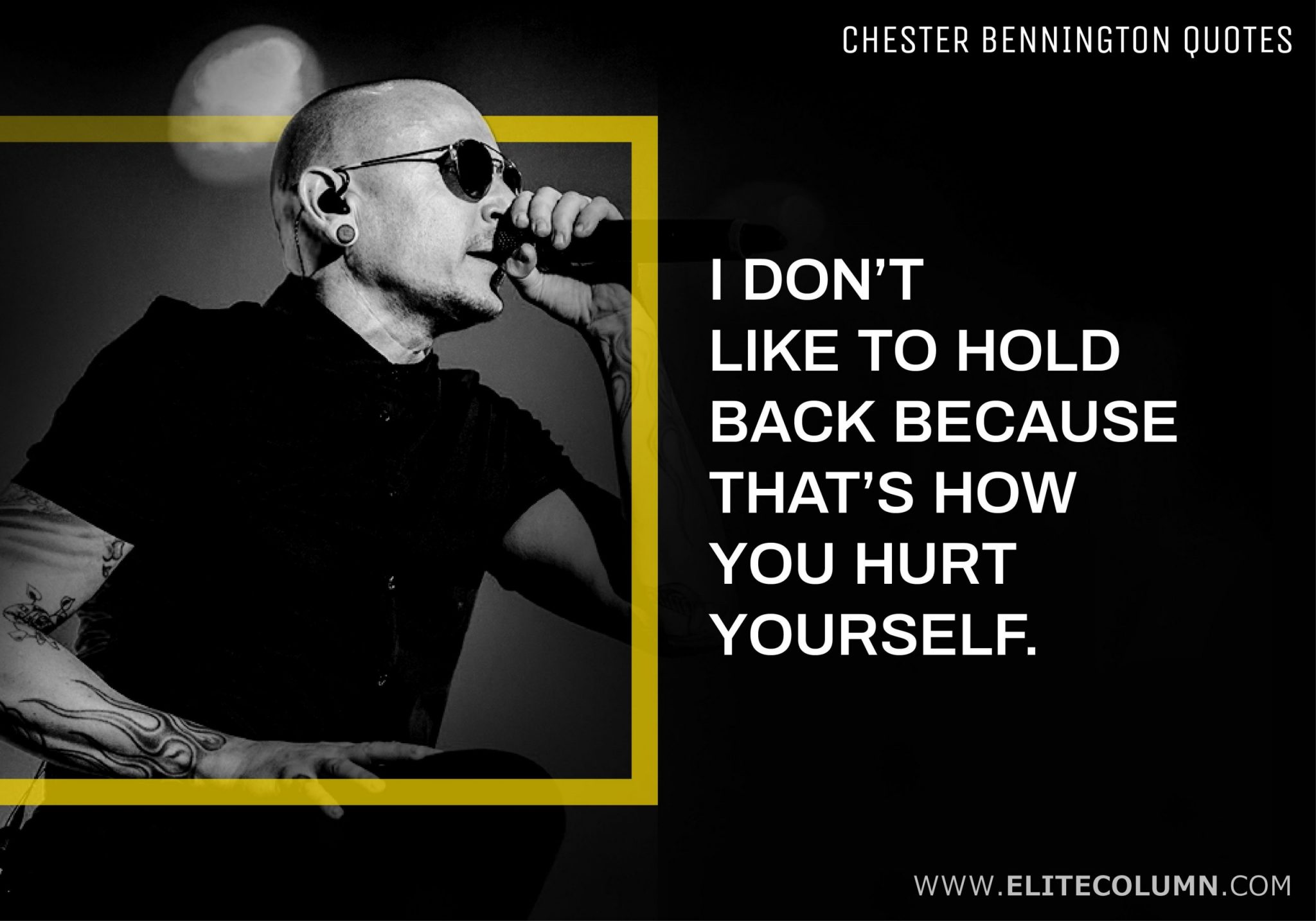 4. “I don’t like to hold back because that’s how you hurt yourself.” – Chester Bennington 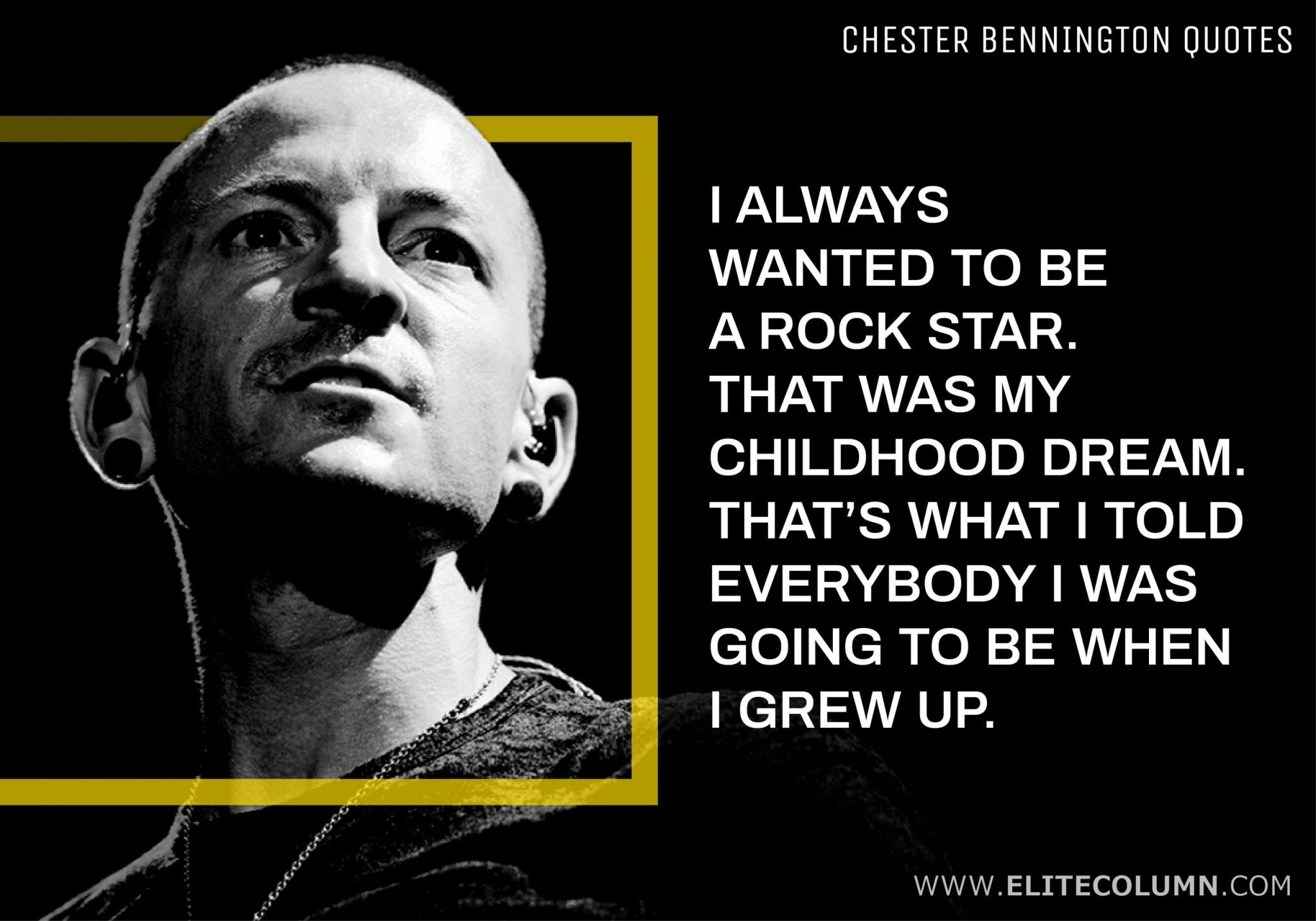 5. “I always wanted to be a rock star. That was my childhood dream. That’s what I told everybody I was going to be when I grew up.” – Chester Bennington 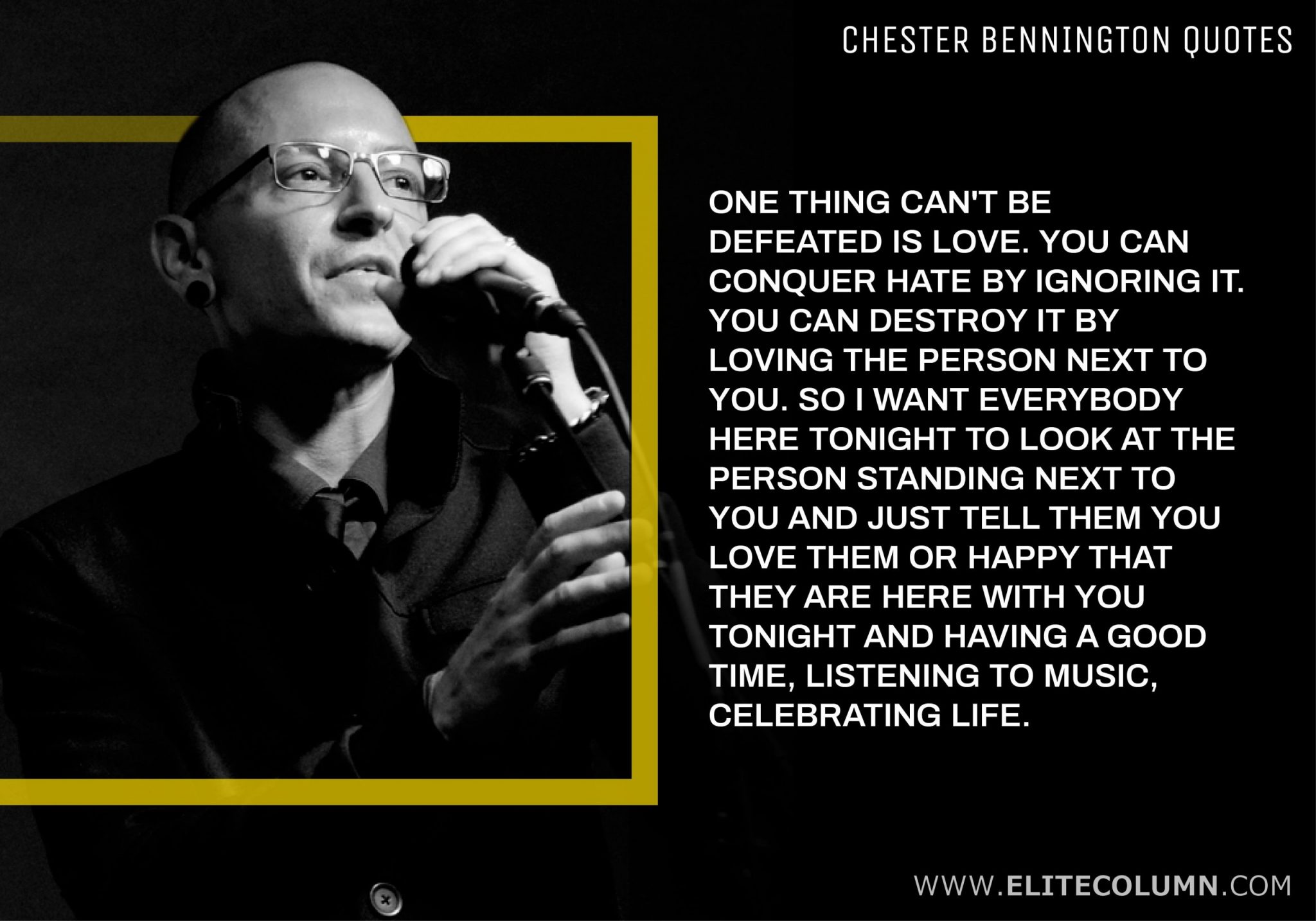 6. “One thing can’t be defeated is love. You can conquer hate by ignoring it. You can destroy it by loving the person next to you. So I want everybody here tonight to look at the person standing next to you and just tell them you love them or happy that they are here with you tonight and having a good time, listening to music, celebrating life.” – Chester Bennington