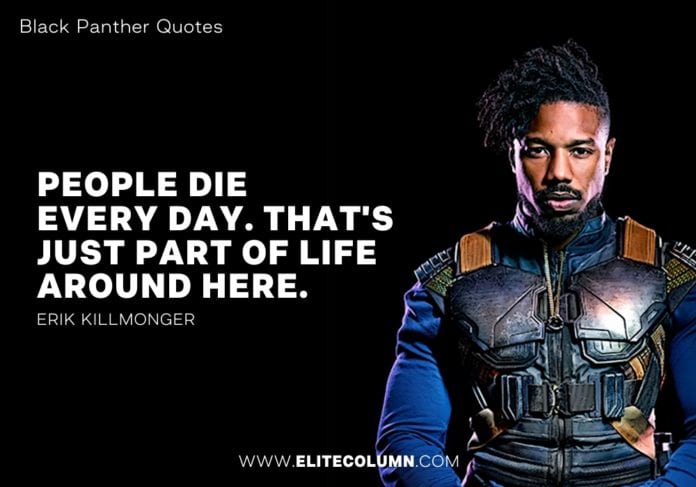 T’Challa, also known as Black Panther is the current king of the African country named Wakanda. After his father was killed in a bombing attack; he got hold of the Black Panther mantle. He sided with Iron Man in Avengers: Civil War and learned the truth about Zimo’s deception and decided to help the Winter Soldier by granting him asylum in Wakanda and also help him get a cure for his mental programming. In the comic verse, he was a member of the Illuminati, a group of the smartest and most powerful characters in the Marvel Universe, including Blackagar Boltagon, Tony Stark, Bruce Banner, Medusa, Hank Pym and Stephen Strange. Black Panther quotes cannot be ignored and EliteColumn brings you 10 fantastic Black Panther quotes.

2. “What happens now determines what happens to the rest of the world.” – T’Challa

3. “Our weapons will not be used to wage war on the world. It is not our way to be judge, jury, and executioner for people who are not our own.” – T’Challa

4. “All over the planet our people suffer because they do not have the tools to fight back.” –  Erik Killmonger

5. “Wakanda survived for so long by only fighting when absolutely necessary.” – Okoye

6. “The Black Panther has been a protector of Wakanda for generations. And now, it is time to show the outside world who we are.’ – T’Challa

7. “The Black Panther fights for us. And I will be there beside him.” – Shuri 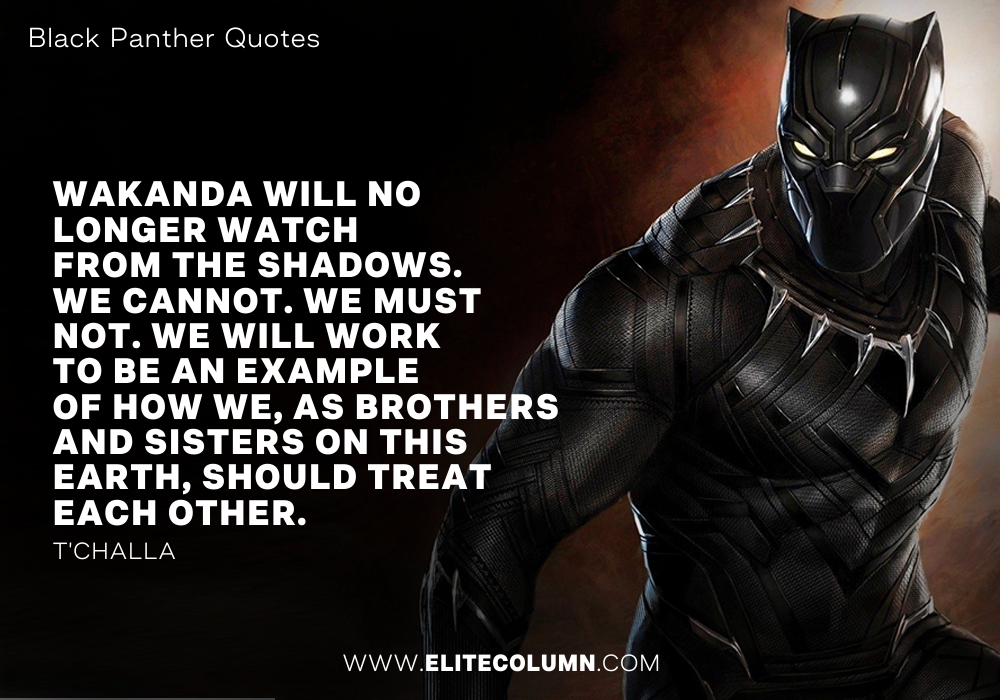 9. “Wakanda will no longer watch from the shadows. We cannot. We must not. We will work to be an example of how we, as brothers and sisters on this earth, should treat each other.” – T’Challa 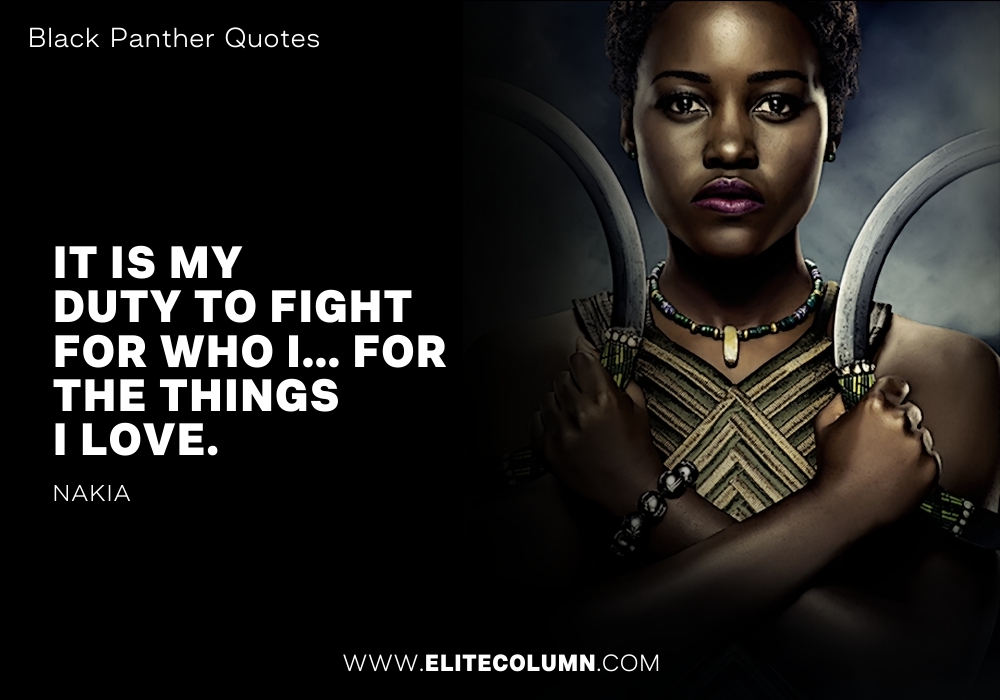 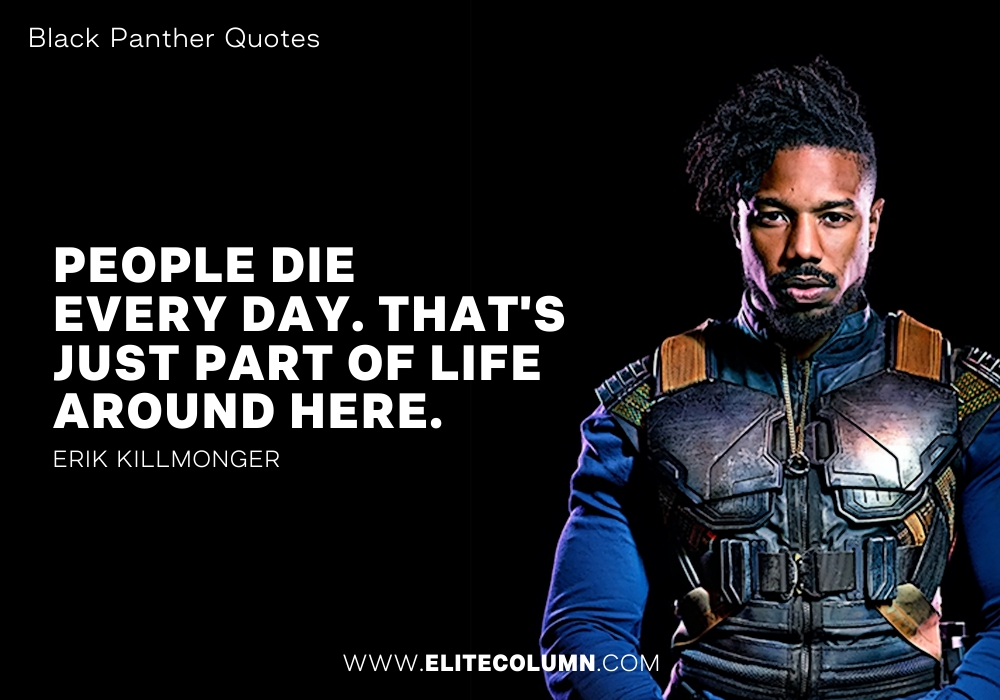 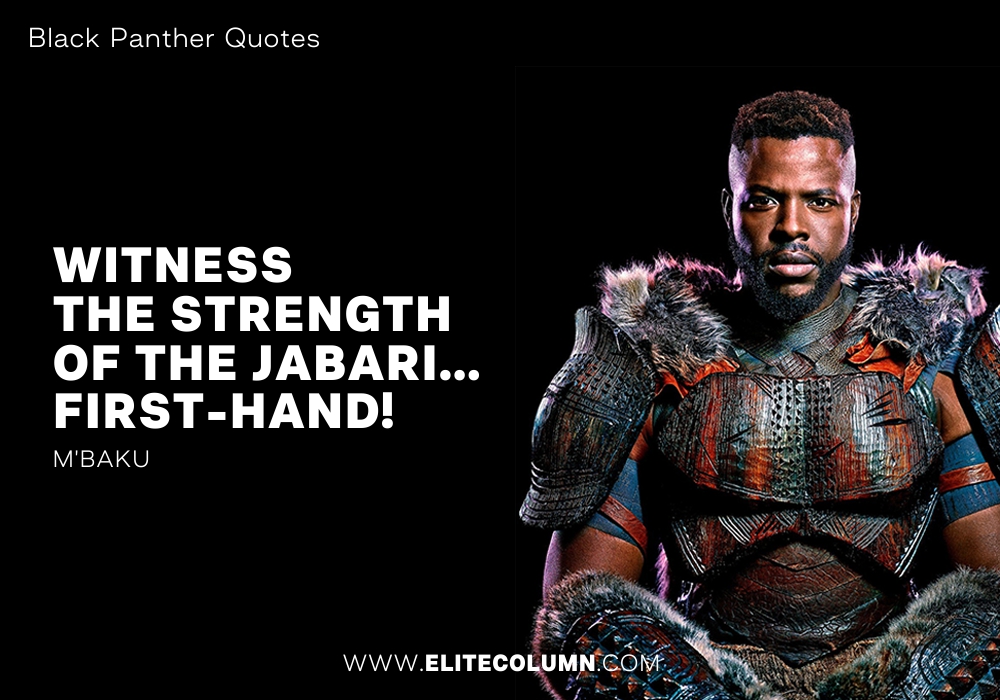 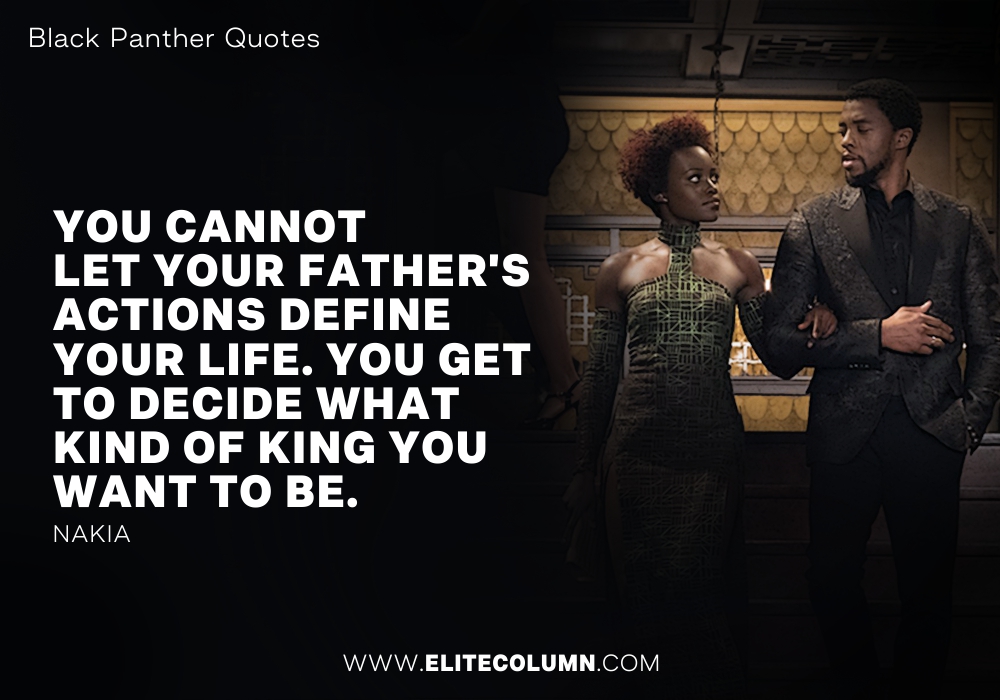 13. “You cannot let your father’s actions define your life. You get to decide what kind of king you want to be.” – Nakia 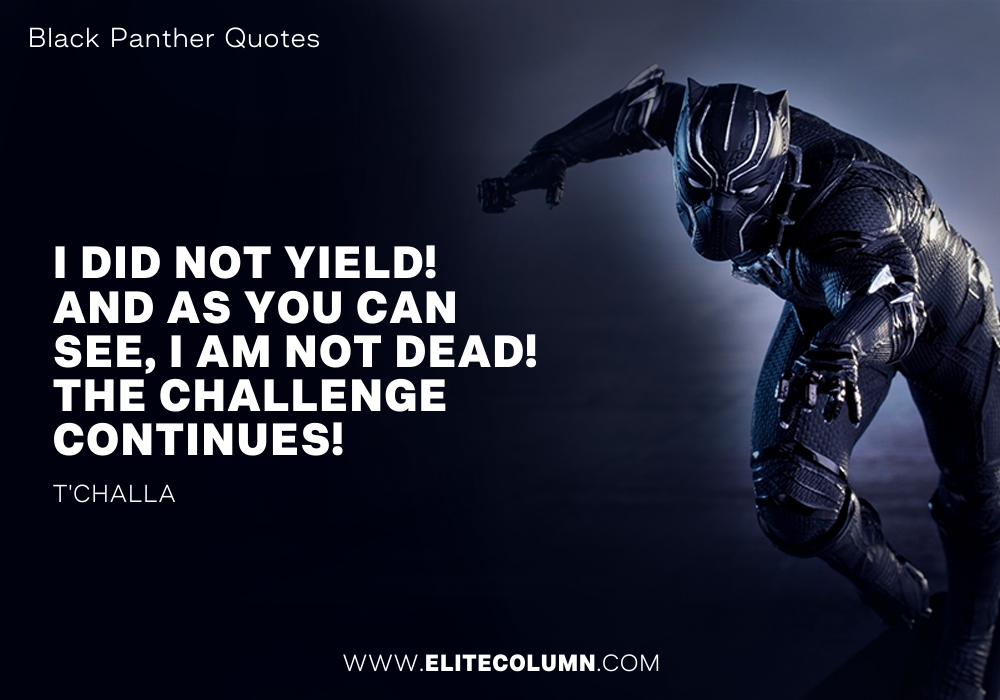