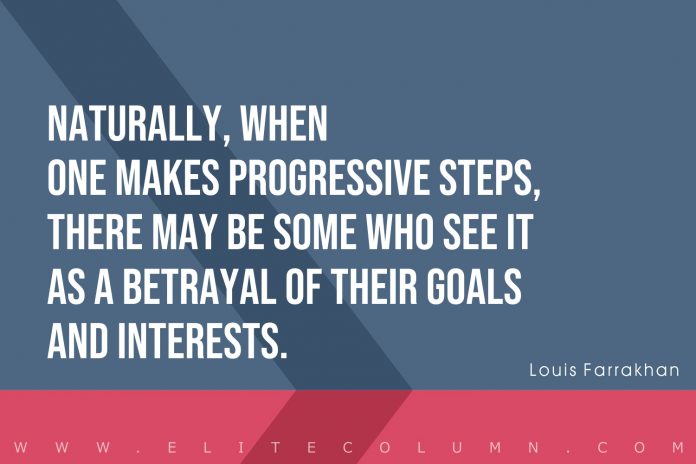 1. “There are only really a few stories to tell in the end, and betrayal and the failure of love is one of those good stories to tell.” – Sean Lennon

2. “Tragedy in life normally comes with betrayal and compromise, and trading on your integrity and not having dignity in life. That’s really where failure comes.” – Tom Cochrane

3. “We have to distrust each other. It is our only defense against betrayal.” – Tennessee Williams

4. “Naturally, when one makes progressive steps, there may be some who see it as a betrayal of their goals and interests.” – Louis Farrakhan

5. “Betrayal is the only truth that sticks”. – Arthur Miller

7. “I have never known a more vulgar expression of betrayal and deceit.” – Lucien Bouchard

8. “Love is whatever you can still betray. Betrayal can only happen if you love.” – John le Carre

9. “For me, I always wonder what’s worse: an emotional betrayal or a physical betrayal? That’s a really tough call.” – Hilarie Burton

10. “The male, for all his bravado and exploration, is the loyal one, the one who generally feels love. The female is skilled at betrayal and torture and damnation.” – Charles Bukowski

11. “For there to be betrayal, there would have to have been trust first.” – Suzanne Collins

12. “Words don’t have the power to hurt you, unless that person meant more to you than you are willing to confess.” – Shannon L. Alder

13. “While stabbing someone’s back, you recklessly expose your own. – Matshona Dhliwayo

15. “The knives of betrayal cut deep, and it hurts. But they also trim away the nonsense and reveal your real friends.” – Steve Maraboli

16. “Those who don’t know the value of loyalty can never appreciate the cost of betrayal.” – Anonymous

17. “The saddest thing about betrayal is that it never comes from your enemies.” – Anonymous

18. “Betrayal can be extremely painful, but it’s up to you how much that pain damages you permanently.” – Emily V. Gordon

19. “A betrayal in a family is much more devastating than a betrayal among friends, or even lovers.” – Ari Aster

22. “Grow a thick skin, a very thick skin. And watch your back. For every back, there is a knife.” – Lily Chatterjee

23. “It’s particularly hard to take being stabbed in the back close to home. There’s always a feeling of betrayal when people of your own group oppose you.” – Catharine MacKinnon

24. “There are three signs of a hypocrite: when he speaks he speaks lies, when he makes a promise he breaks it, and when he is trusted he betrays his trust.” – Muhammad

25. “There is tremendous trauma in the betrayal caused by a perpetual liar as they repeatedly commit psychological abuse.” – Cathy Burnham Martin

26. “It’s hard to tell who has your back, from who has it long enough just to stab you in it.” – Nicole Richie

27. “To me, the thing that is worse than death is betrayal. You see, I could conceive death, but I could not conceive betrayal.” – Malcolm X

28. “If you’re betrayed, release disappointment at once. By that way, the bitterness has no time to take root.” – Toba Beta

29. “Betrayal is common for men with no conscience.” – Toba Beta

30. “Betrayal is never easy to handle and there is no right way to accept it.” – Christine Feehan

31. “Trust, once lost, could not be easily found. Not in a year, perhaps not even in a lifetime.” – J.E.B. Spredemann

32. “Sometimes your dearest friend whom you reveal most of your secrets to becomes so deadly and unfriendly without knowing that they were not really your friend.” – Michael Bassey Johnson

33. “Even as your body betrays you, your mind denies it.” – Sara Gruen

34. “Pride had kept her running when love had betrayed her.” – Susan Elizabeth Phillips

35. “When you care about someone, you can’t just turn that off because you learn they betrayed you.” – Paula Stokes

36. “In life you can easily trust someone, but once the trust is broken its very difficult to trust anyone again.” – Sushan Sharma

37. “So this was betrayal. It was like being left alone in the desert at dusk without water or warmth. It left your mouth dry and will broken. It sapped your tears and made you hollow.” – Anna Godbersen

38. “One should rather die than be betrayed. There is no deceit in death. It delivers precisely what it has promised. Betrayal, though, is the willful slaughter of hope.” – Steven Deitz

39. “The point was to learn what it was we feared more: being misunderstood or being betrayed.” – Adam Levin

40. “Some scars don’t hurt. Some scars are numb. Some scars rid you of the capacity to feel anything ever again.” – Joyce Rachelle

41. “I think there are two different oceans, the one that plays with you in the summer, and the one that gets so mad in the winter.” – Jodi Picoult

42. “A fraudulent intent, however carefully concealed at the outset, will generally, in the end, betray itself.” – Titus Livius

43. “Innocence invites protection, yet we might be smarter to protect ourselves against it.” – Megan Johns

44. “All trust involves vulnerability and risk, and nothing would count as trust if there were no possibility of betrayal.” – Robert C. Solomon

46. “You can’t keep snakes in your backyard and expect them only to bite your neighbors. You know, eventually those snakes are going to turn on whoever has them in the backyard.” – Hillary Clinton

47. “Only those you trust can betray you.” – Terry Goodkind

48. “The thorn from the bush one has planted, nourished and pruned pricks more deeply and draws more blood.” – Maya Angelou

49. “Familial betrayal is, to me, the most heartbreaking kind because if you can’t trust your family to love you and protect you, who can you really trust?” – Alexandra Bracken

50. “It’s a shame that the very people who you protect are the first ones to turn there backs on you.” – Autumn Kohler

Thanks for checking out the best Betrayal Quotes. Feel free to share the quotes with your friends. Leave a comment below and which are your favourite Betrayal Quotes ?