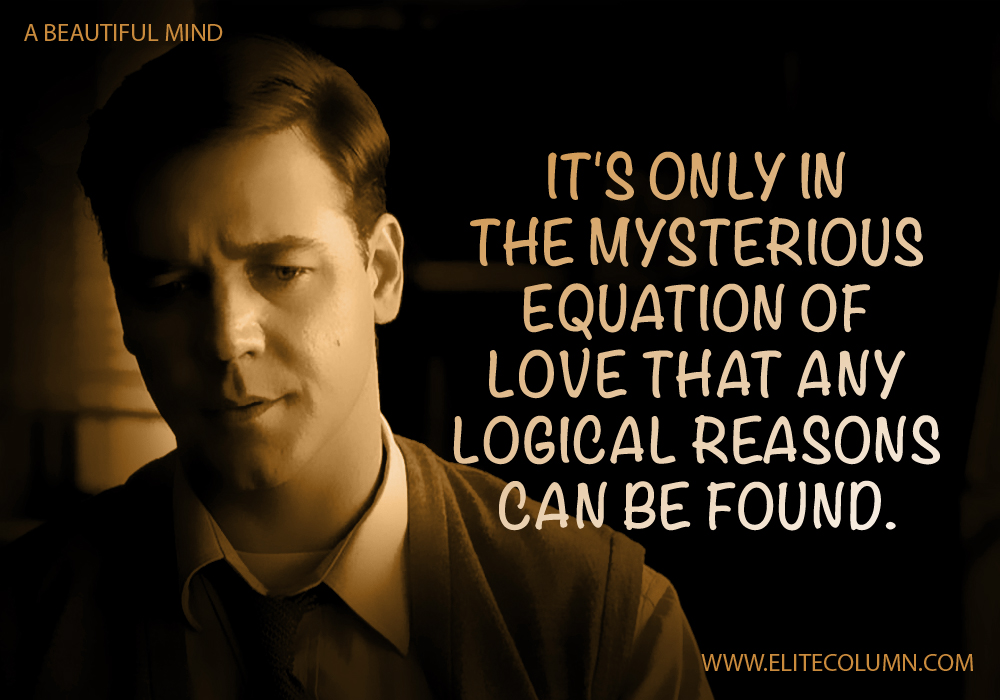 A Beautiful Mind is an American biographical movie based on the life story of John Nash, a Nobel Laureate in Economics. However, the film version of John Nash is less complex than the real one. From the heights of notoriety to the depths of depravity, John has experienced it all. A mathematical genius, he made a brilliant discovery in his career and stood on the brink of international acclaim. But the handsome and arrogant Nash soon found himself on a painful and journey of self-discovery. A Beautiful Mind Movie Quotes will inspire you deeply. Just take a look at the following – A Beautiful Mind movie quotes at EliteColumn. 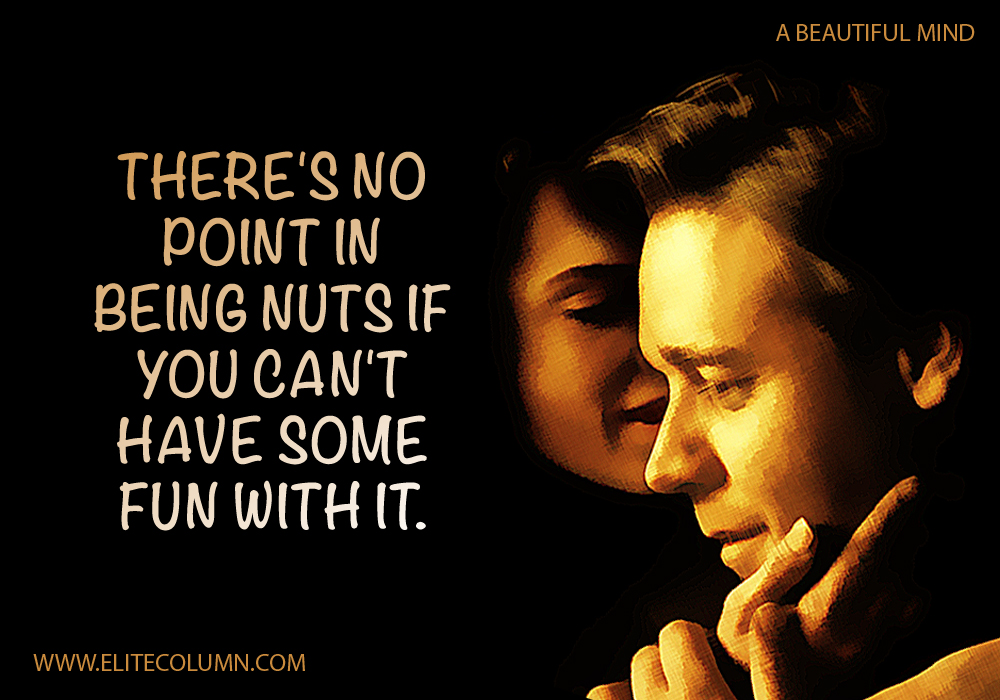 “There’s no point in being nuts if you can’t have some fun with it.” – John Nash 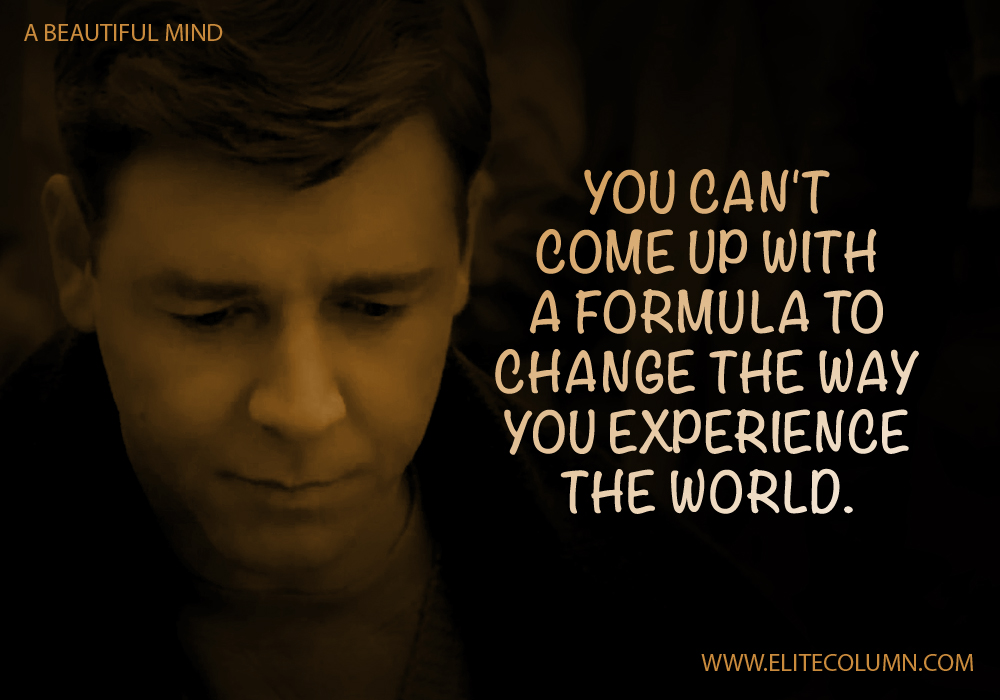 “You can’t come up with a formula to change the way you experience the world.” – John Nash 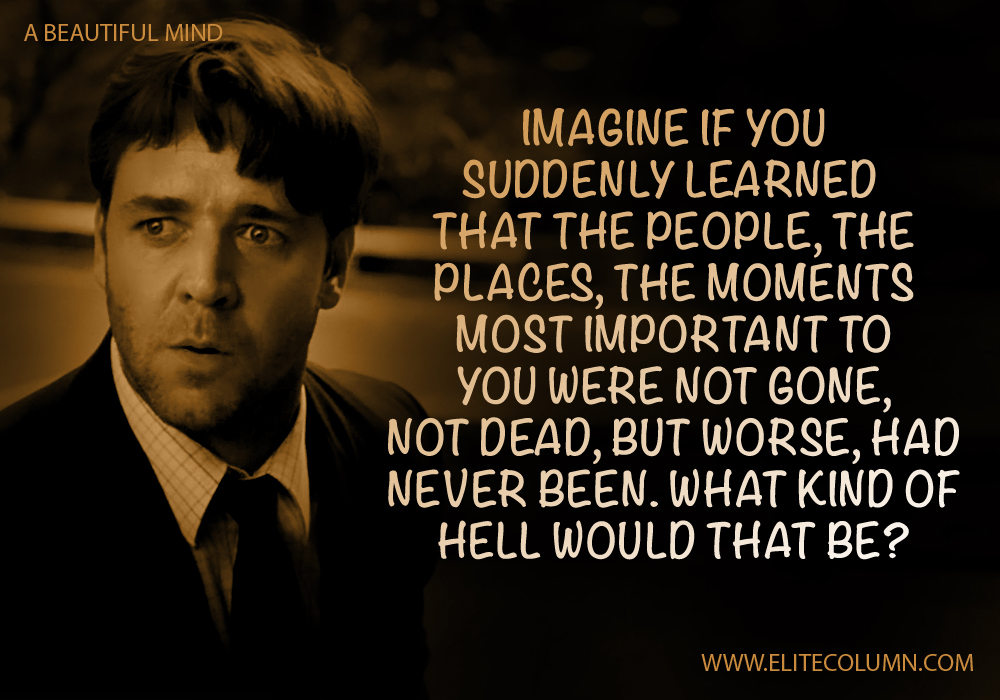 “Imagine if you suddenly learned that the people, the places, the moments most important to you were not gone, not dead, but worse, had never been. What kind of hell would that be?” – John Nash 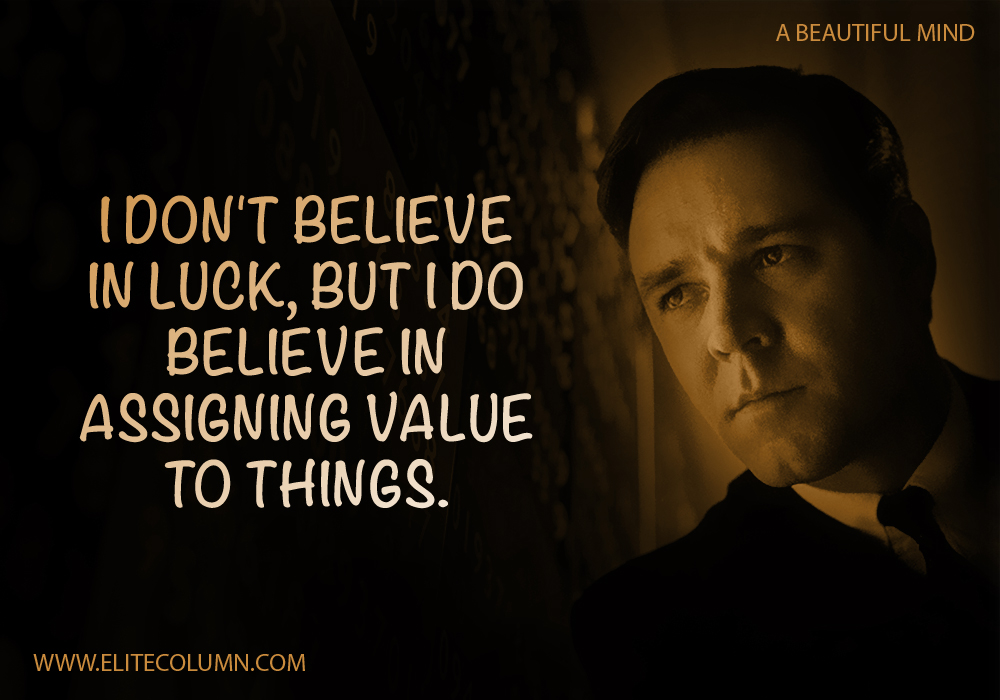 “I don’t believe in luck, but I do believe in assigning value to things.” – John Nash

“It’s only in the mysterious equation of love that any logical reasons can be found.” – John Nash 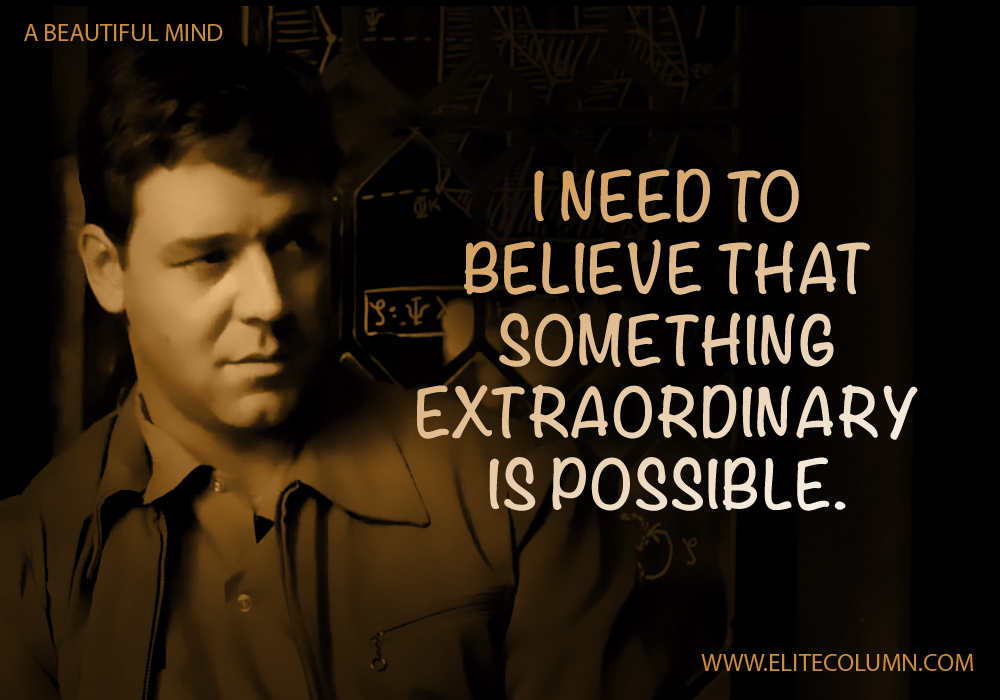 “I need to believe that something extraordinary is possible.” – John Nash 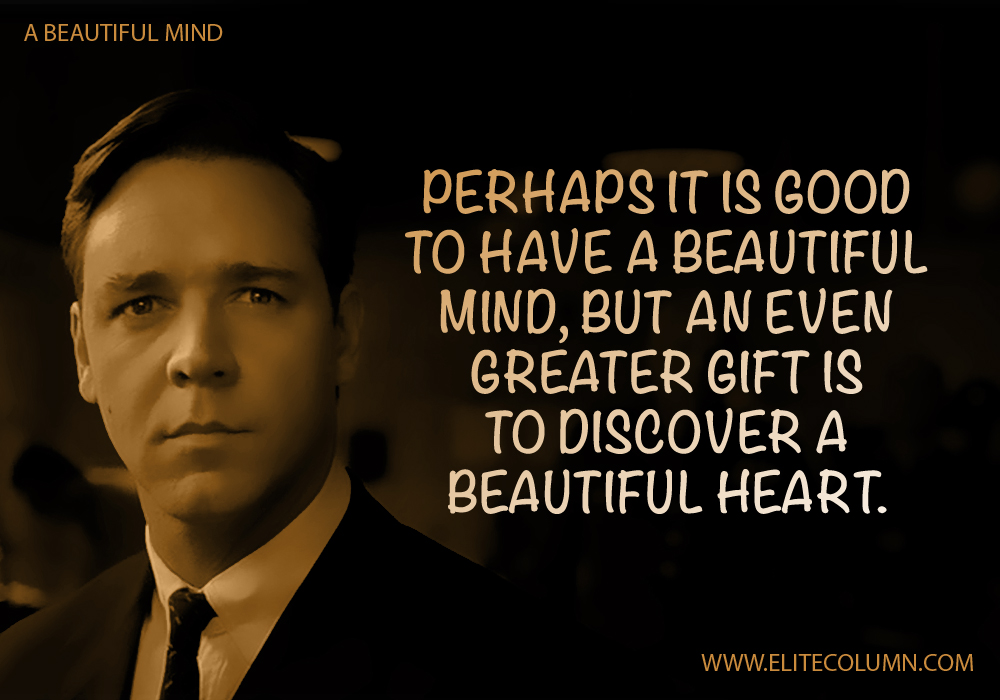 “Perhaps it is good to have a beautiful mind, but an even greater gift is to discover a beautiful heart.” – John Nash 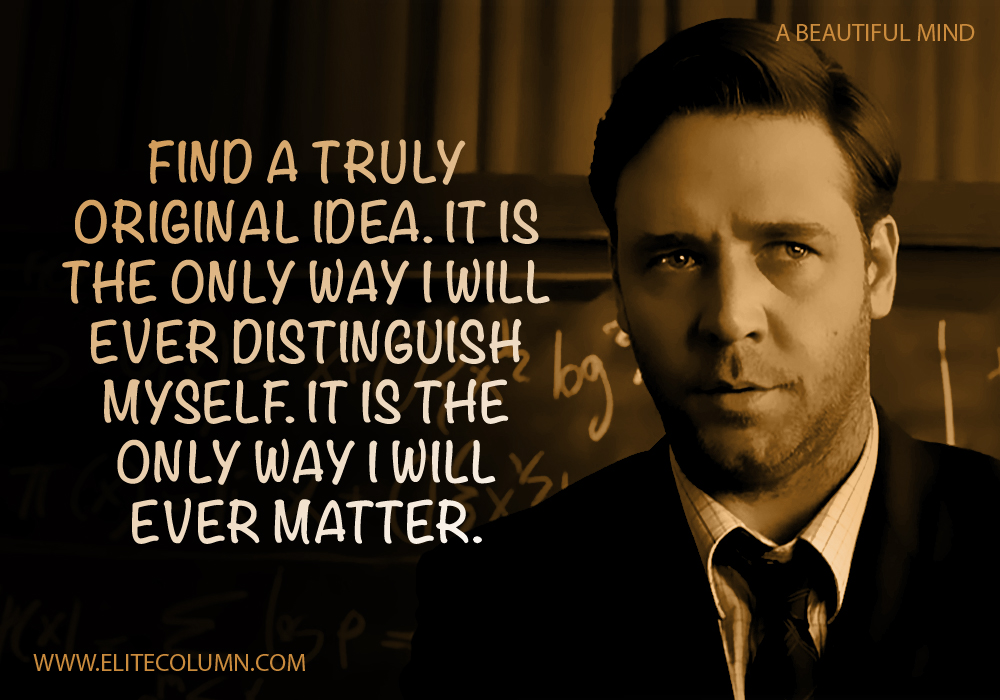 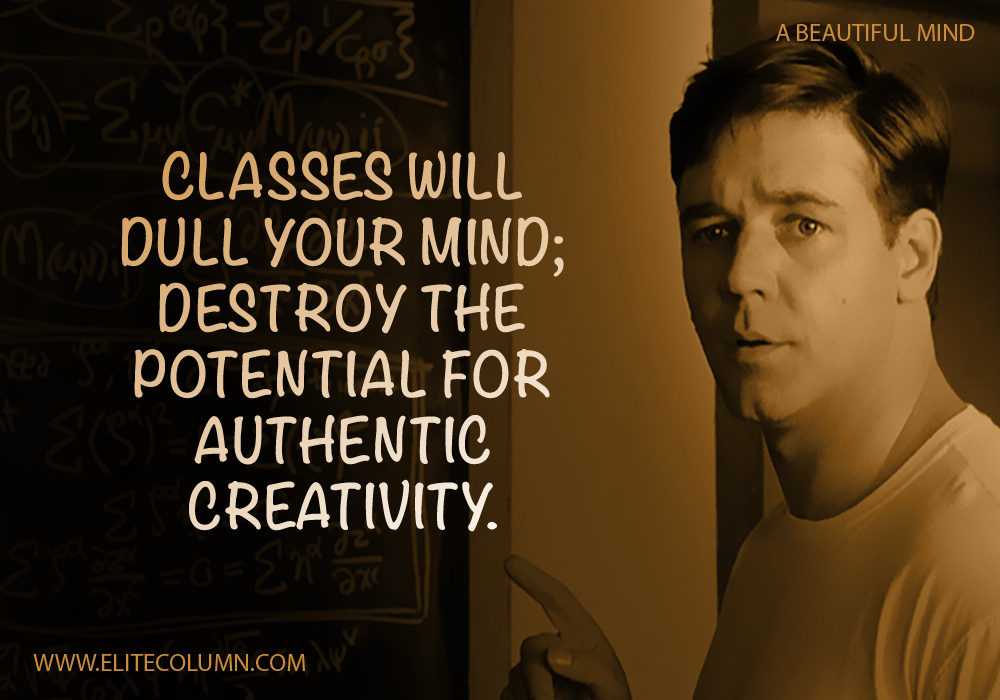 “Classes will dull your mind; destroy the potential for authentic creativity.” – John Nash