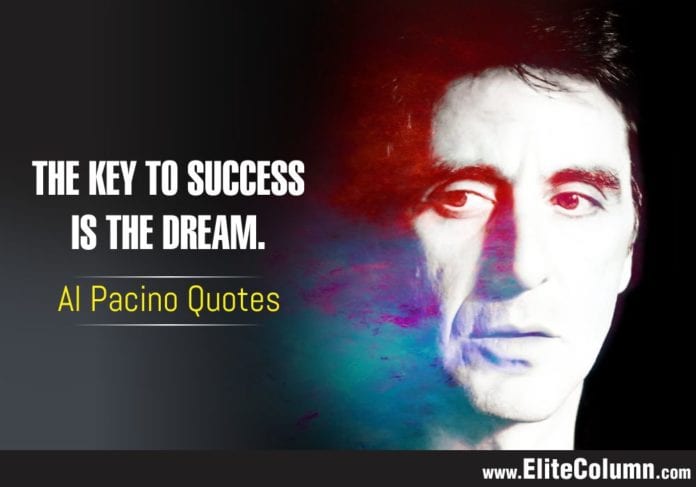 A legend was born when the Godfather released in 1972. Al Pacino, who played the role of the brooding yet dynamic underworld don Michael Corleone, was instantly catapulted to the fame and popularity no one has ever experienced in the entire Hollywood history. Along with the actors, the movie Godfather itself is considered as one of the best films ever created. Al Pacino quotes will you courage to face the challenges in your life. We bring to you some famous Al Pacino quotes. 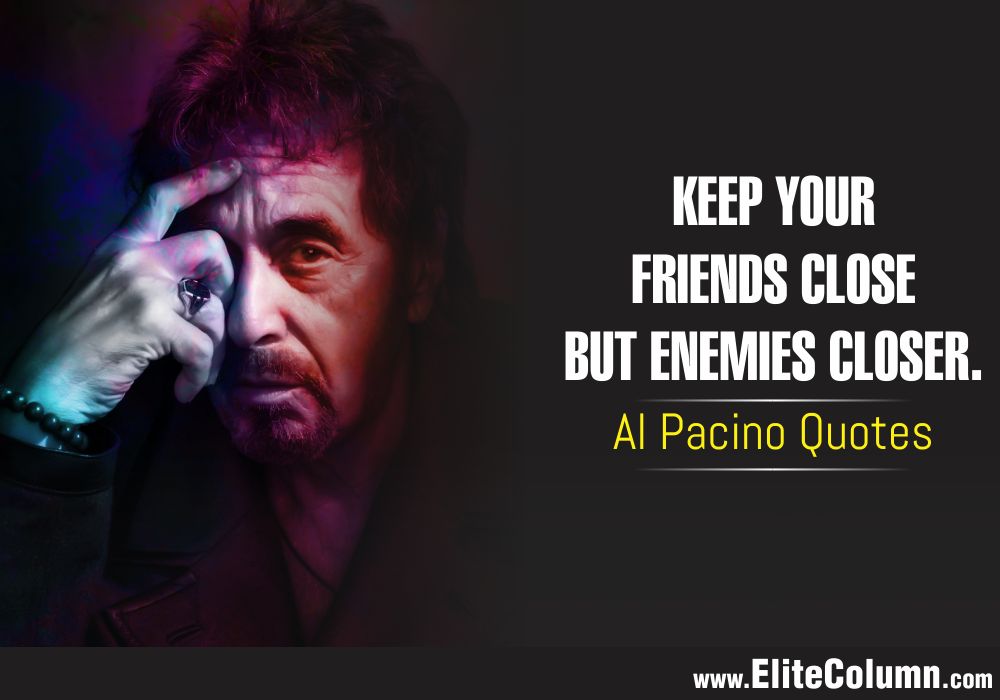 3. “Sometimes it’s better to be with the devil you know than the angel you didn’t know.” – Al Pacino

5. “Forget the career, do the work. If you feel what you are doing is on line and you’re going someplace and you have a vision and you stay with it, eventually things will happen.” – Al Pacino 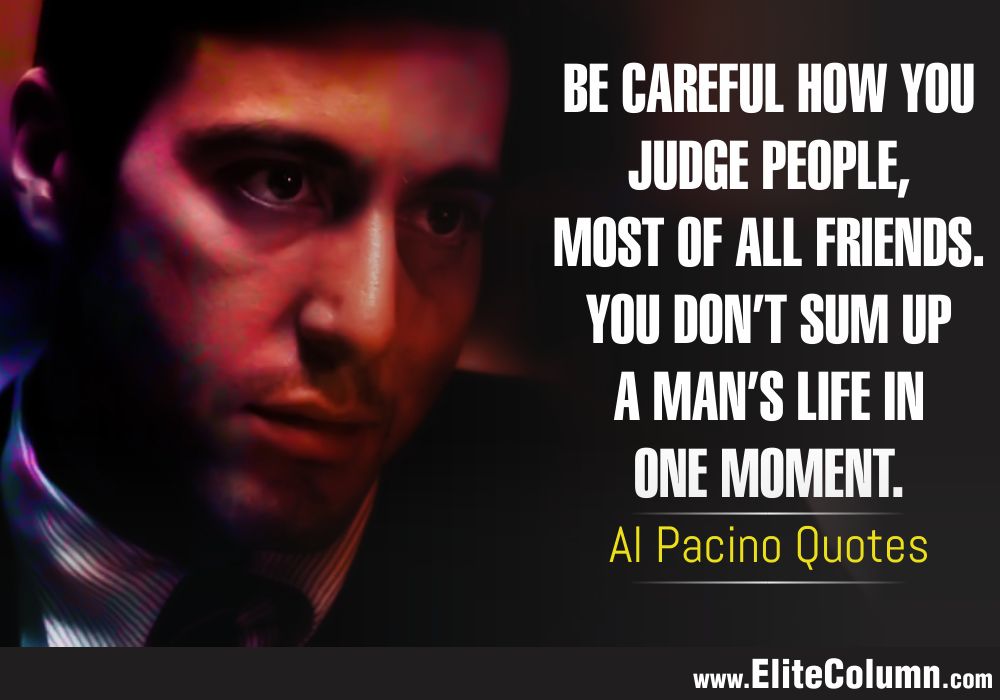 6. “Be careful how you judge people, most of all friends. You don’t sum up a man’s life in one moment.” – Al Pacino

7. “The actor becomes an emotional athlete. The process is painful – my personal life suffers.”  – Al Pacino 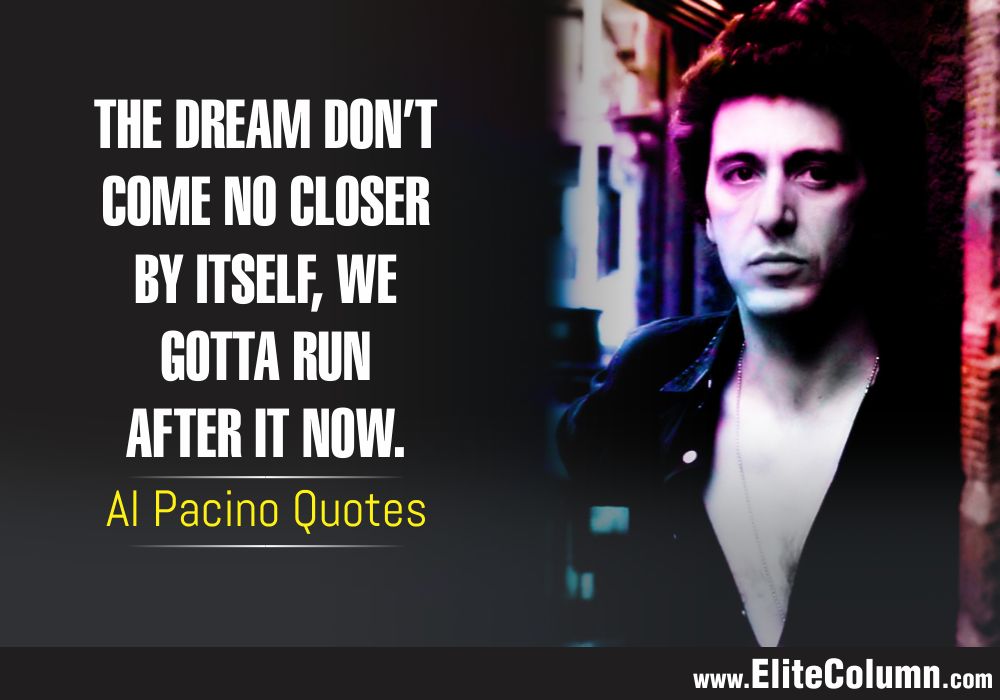 9. “The dream don’t come no closer by itself, we gotta run after it now.” – Al Pacino

10. “My first language was shy. It’s only by having been thrust into the limelight that I have learned to cope with my shyness.” – Al Pacino 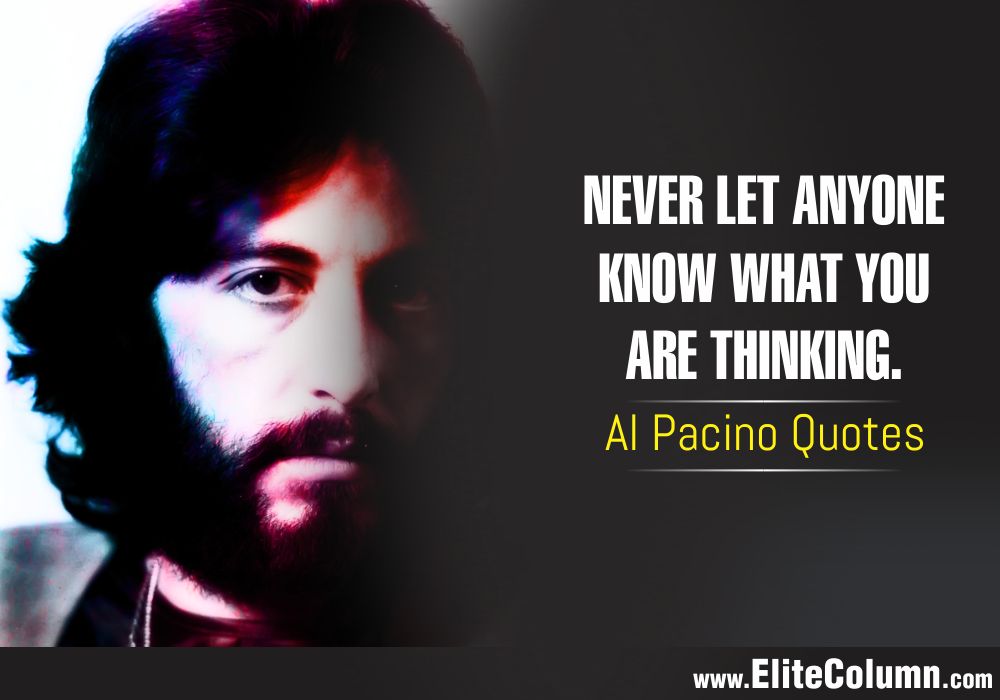 12. “Never let anyone know what you are thinking.” – Al Pacino

13. “The fruit falls off the tree. You don’t shake it off before it’s ready to fall.” – Al Pacino 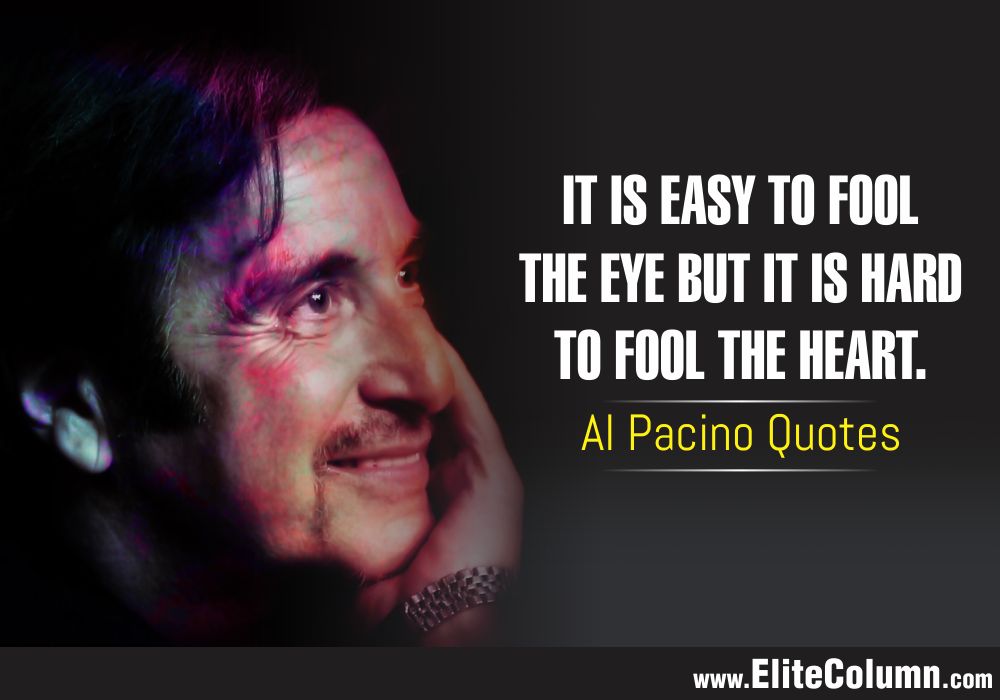 17. “If you can identify with people, you can empathize with people and therefore you understand things.” – Al Pacino 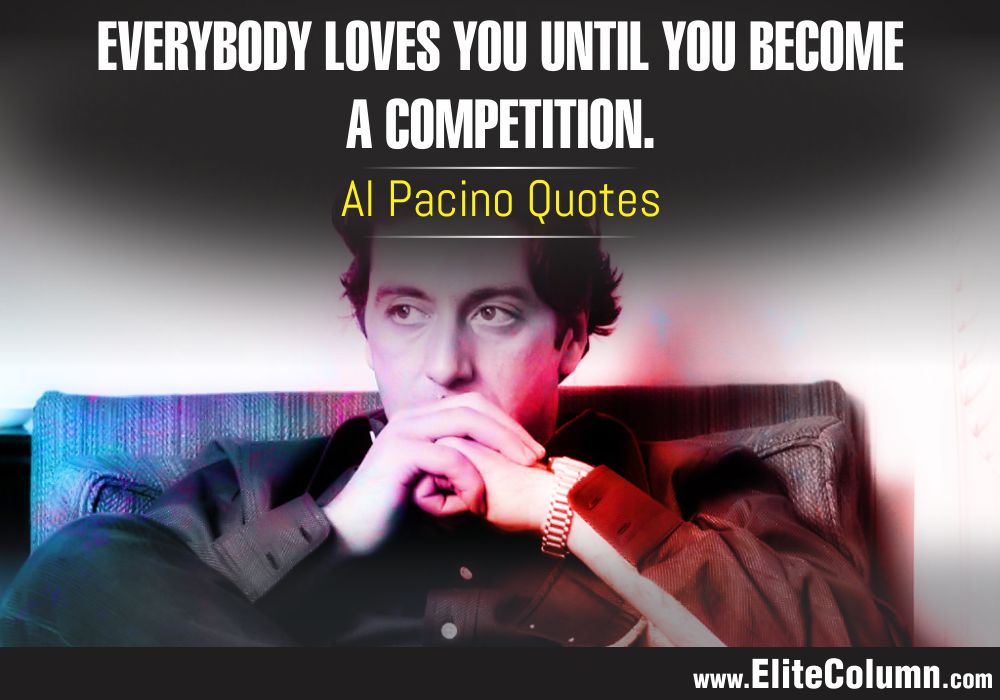 18. “Everybody loves you until you become a competition.” – Al Pacino 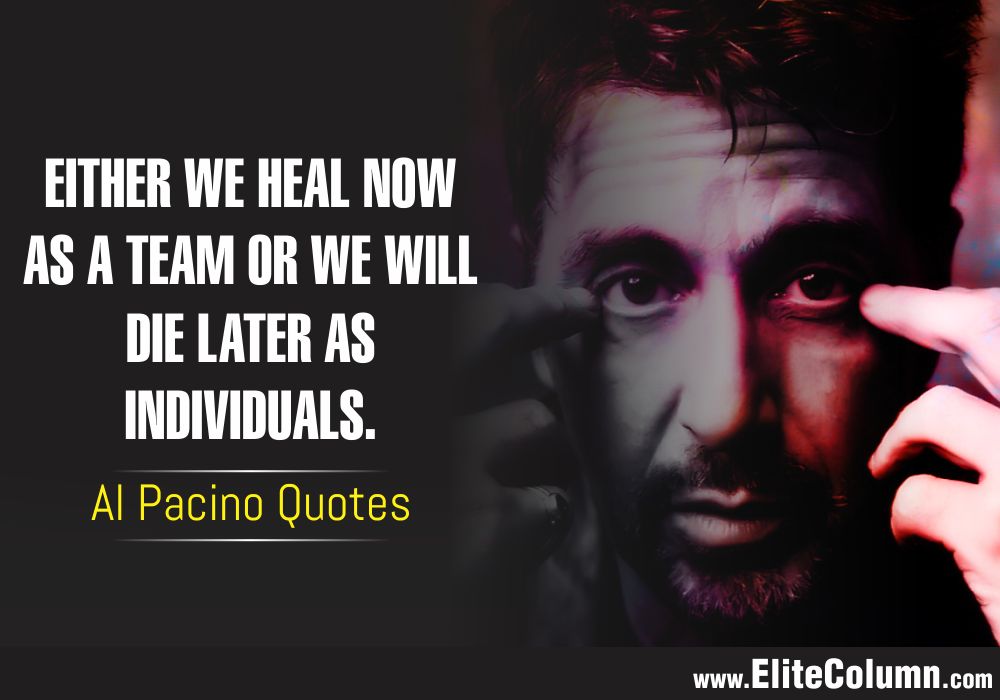 20. “Either we heal now as a team or we will die later as individuals.” – Al Pacino 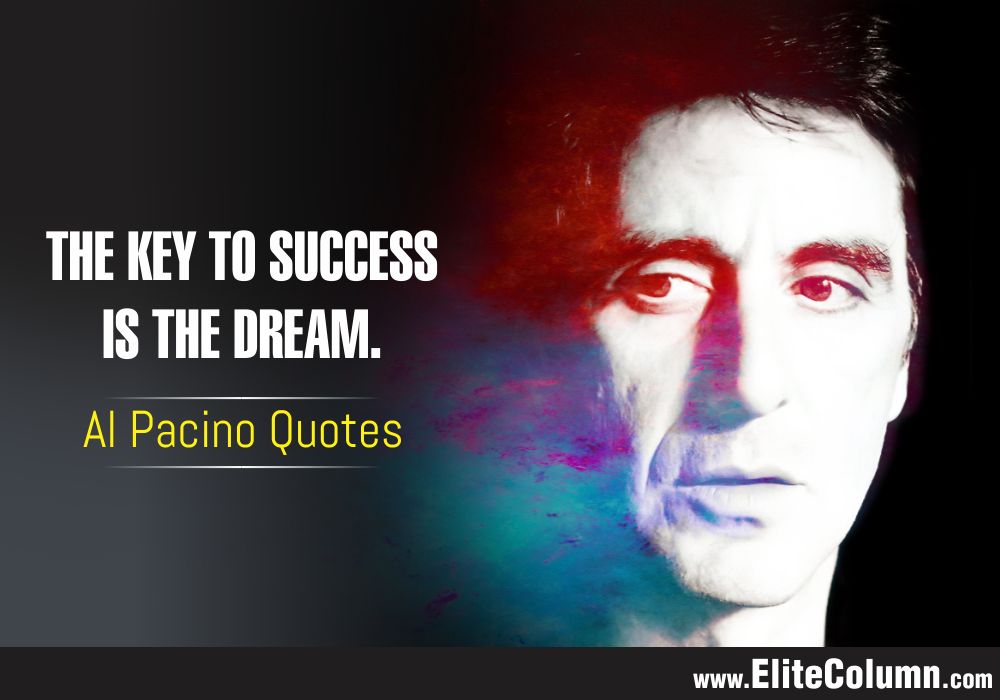 23. “Sometimes what we imagine and the world aren’t different things. Sometimes they are the same exact thing.” – Al Pacino 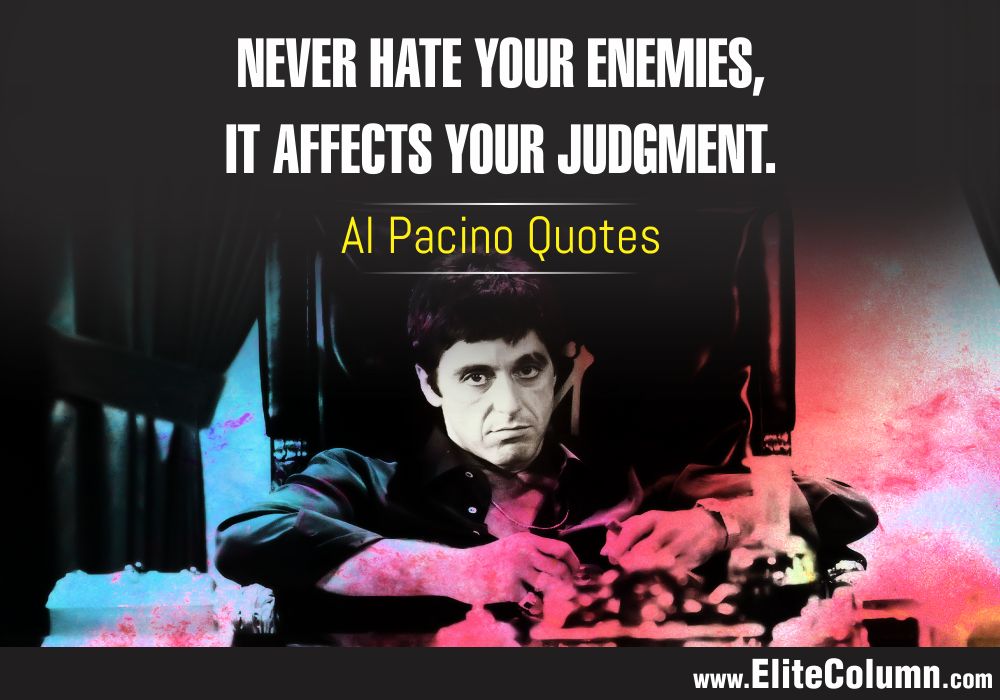 24. “Never hate your enemies, it affects your judgment.” – Al Pacino