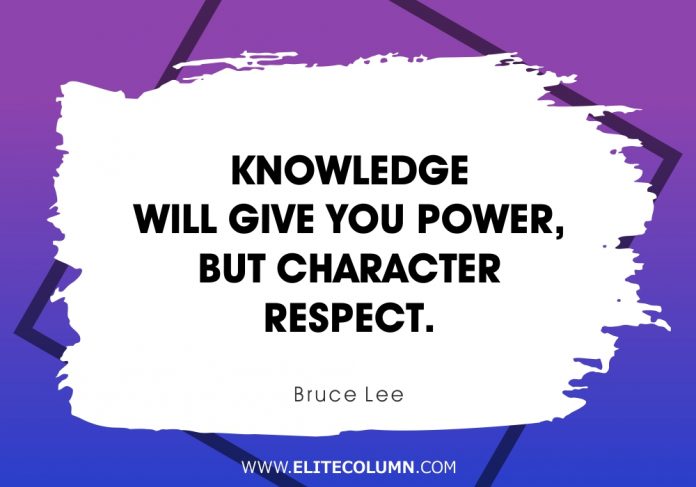 1. “One of the most sincere forms of respect is actually listening to what another has to say.” – Bryant H. Mcgill

3. “Men are respectable only as they respect.” – Ralph Waldo Emerson

4. “Never judge someone by the way he looks or a book by the way it’s covered; for inside those tattered pages, there’s a lot to be discovered.” – Stephen Cosgrove

5. “We must learn to live together as brothers or perish together as fools.” – Martin Luther King, Jr.

6. “Most good relationships are built on mutual trust and respect.” – Mona Sutphen

7. “You can’t force someone to respect you, but you can refuse to be disrespected.” – Anonymous

8. “To be one, to be united is a great thing. But to respect the right to be different is maybe even greater.” – Bono

9. “Respect commands itself and it can neither be given nor withheld when it is due.” – Eldridge Cleaver

10. “You can demand courtesy but you have to earn respect.” – Lawrence Goldstone

12. “Respect is an invention of people who want to cover up the empty place where love should be.” – Leo Tolstoy

14. “Respecting someone indicate the quality of your personality.” – Mohammad Rishad Sakhi

15. “Every human being, of whatever origin, of whatever station, deserves respect. We must each respect others even as we respect ourselves.” – Ralph Waldo Emerson

16. “I cannot conceive of a greater loss than the loss of one’s self-respect.” – Mahatma Gandhi

18. “We cannot expect people to have respect for law and order until we teach respect to those we have entrusted to enforce those laws.” – Hunter S. Thompson

19. “The respect you show to others (or lack thereof) is an immediate reflection of your own self-respect.” – Alex Elle

20. “If we lose love and self-respect for each other, this is how we finally die.” – Maya Angelou

21. “Unthinking respect for authority is the greatest enemy of truth.” – Albert Einstein

22. “Being brilliant is no great feat if you respect nothing.” – Johann Wolfgang von Goethe

23. “Nothing is more despicable than respect based on fear.” – Albert Camus

24. “If you have some respect for people as they are, you can be more effective in helping them to become better than they are.” – John W. Gardner

25. “Knowledge will give you power, but character respect.” – Bruce Lee

28. “Respect should be the first thing you give.” – Anonymous

29.  “Self-respect is the cornerstone of all virtue.” – John Herschell

30. “There are lots of people I admire and respect, but I don’t necessarily want to be like them. I’m too happy being myself.” – James D’arcy

31. “We will not agree with everyone, but we should most definitely respect one another.” – Brooke Griffin

32. “Be loyal to those who are loyal to you. And respect everyone, even your enemies, and competition.” – John Cena

33. “I’m not concerned with your liking or disliking me. All I ask is that you respect me as a human being.” – Jackie Robinson

35. “Be more humble than a blade of grass, more tolerant than a tree, always offering respect onto others and never expecting any in return.” – Chaitanya Mahaprabhu

36. “Honest communication is built on truth and integrity and upon respect of the one for the other.” – Benjamin E. Mays

37. “A child who is allowed to be disrespectful to his parents will not have true respect for anyone.” – Billy Graham

38. “Treat everyone with respect and kindness. Period. No exceptions.” – Kiana Tom

39. “Once you figure out what respect tastes like, it tastes better than attention. But you have to get there.” – Franklin D. Roosevelt

40. “I love making new friends and I respect people for a lot of different reasons.” – Taylor Swift

41. “I speak to everyone in the same way, whether he is the garbage man or the president of the university.” – Albert Einstein

42. “I must respect the opinions of others even if I disagree with them.” – Herbert H. Lehman

44. “If you want to be respected by others, the great thing is to respect yourself. Only by that, only by self-respect will you compel others to respect you.” – Fyodor Dostoyevsky

45. “Be peaceful, be courteous, obey the law, respect everyone; but if someone puts his hand on you, send him to the cemetery.” – Malcolm X

46. “When you practice gratefulness, there is a sense of respect toward others.” – Dalai Lama

48. “Life is short, and we should respect every moment of it.” – Orhan Pamuk

49. “Take very little notice of those people who choose to treat you poorly. It is how they are defining their story, not yours.” – Lei Wah

50. “Be kind, don’t judge, and have respect for others. If we can all do this, the world would be a better place. The point is to teach this to the next generation.” – Jasmine Guinness

Thanks for checking out the best Respect Quotes. Feel free to share the quotes with your friends. Leave a comment below and which are your favourite Respect Quotes ?