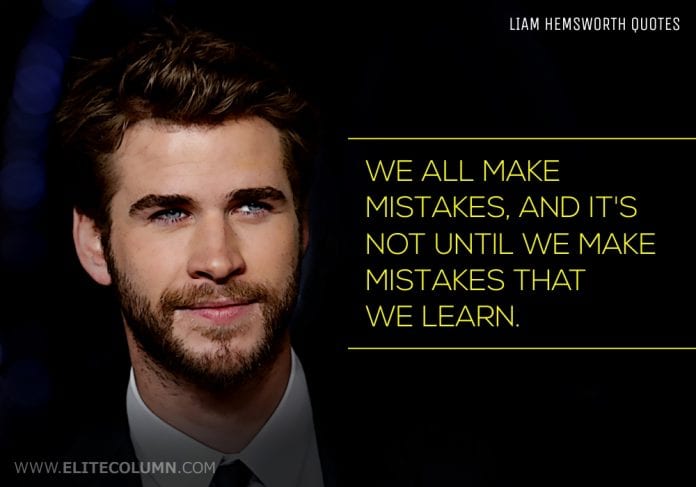 Liam Hemsworth is a very well-known Australian actor of television and film known for his roles in Neighbours, The Last Song and The Hunger Games. After the family relocated to Phillip Island when he was a teenager, Liam became a devoted surfer. He took up flooring work for a time and then decided to pursue acting, following in the footsteps of his brothers, Luke and Chris Hemsworth. Liam Hemsworth quotes will help you get going and EliteColumn brings you the 9 best Liam Hemsworth quotes. 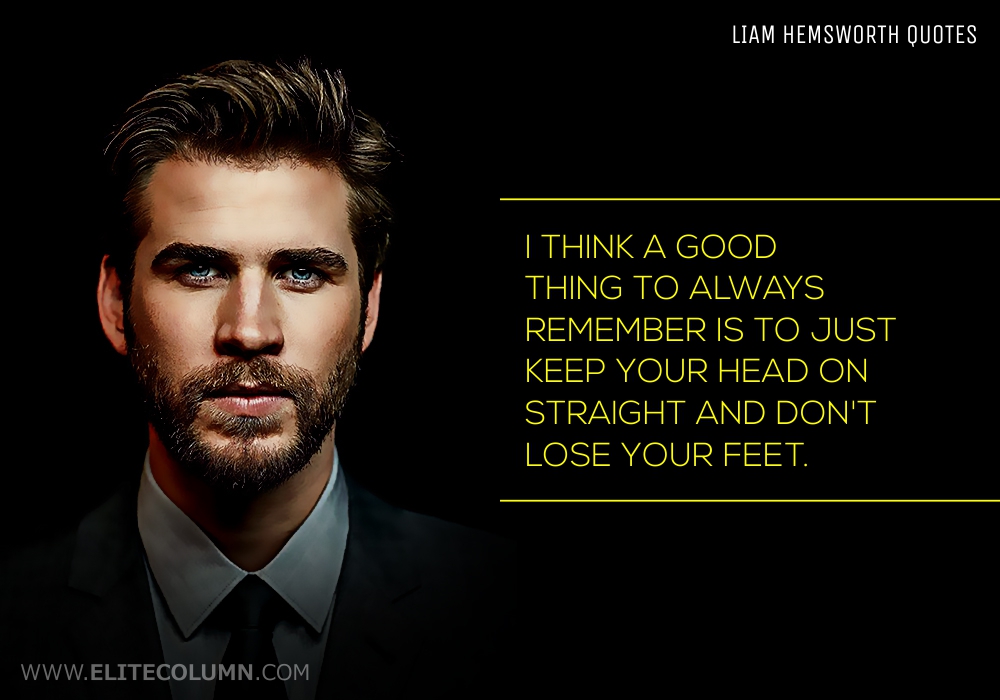 1. “I think a good thing to always remember is to just keep your head on straight and don’t lose your feet.” – Liam Hemsworth

2. “Tomorrow doesn’t exist, yesterday is gone. The more I remind myself of that, the stronger I feel.” – Liam Hemsworth 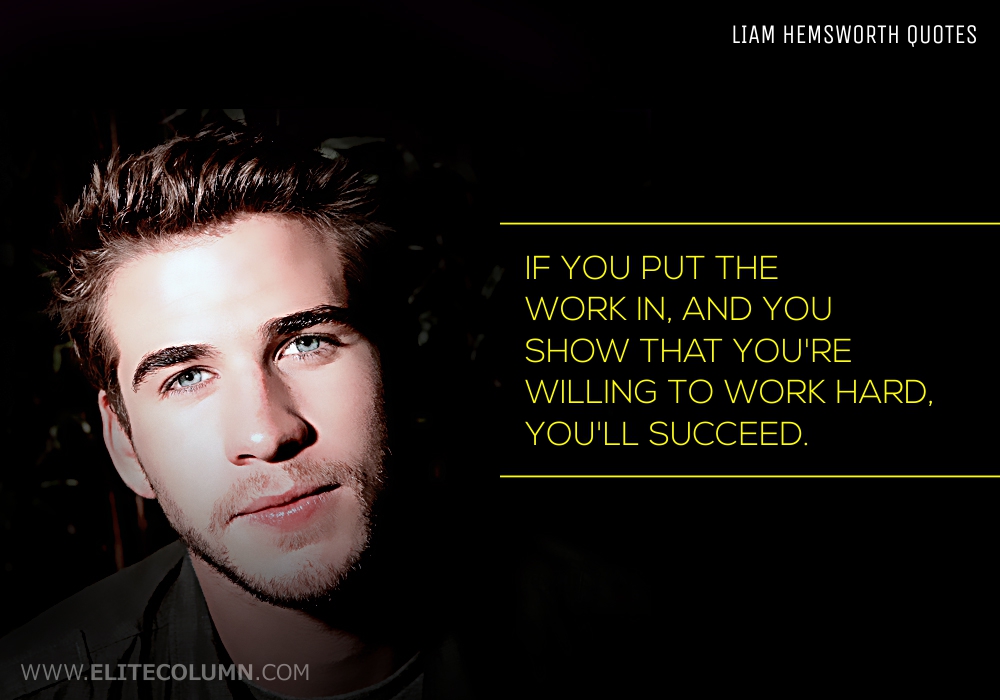 3. “If you put the work in, and you show that you’re willing to work hard, you’ll succeed.” – Liam Hemsworth

4. “When I’m boxing, if my career isn’t going well, at least I feel mentally and physically strong.” – Liam Hemsworth 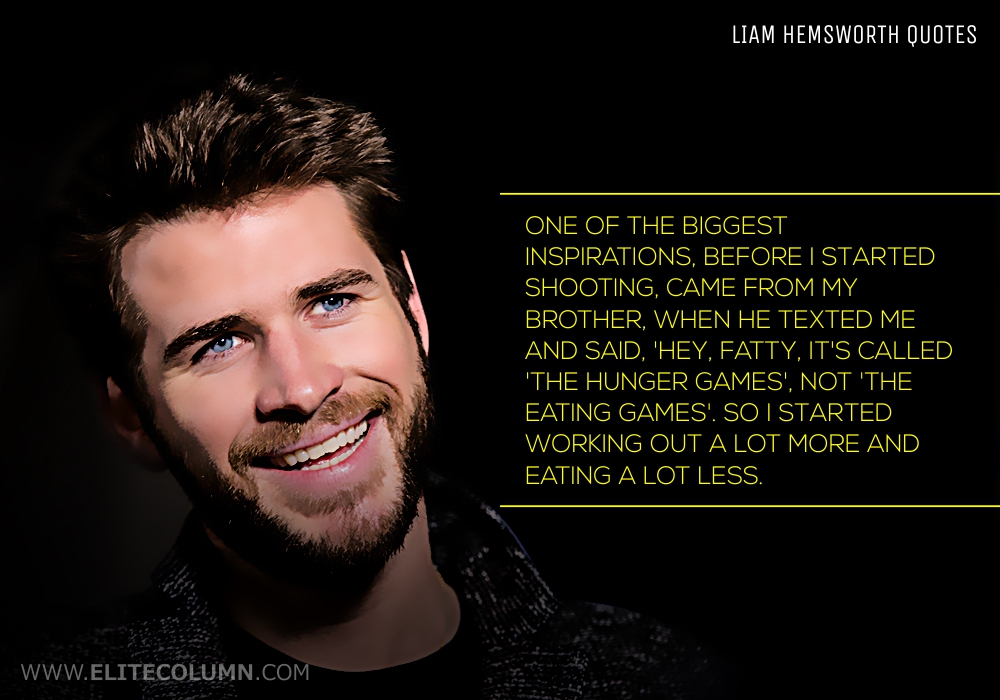 5. “One of the biggest inspirations, before I started shooting, came from my brother, when he texted me and said, ‘Hey, fatty, it’s called ‘The Hunger Games’, not ‘The Eating Games’. So I started working out a lot more and eating a lot less.” – Liam Hemsworth

6. “There is a time and place for publicity, but to stay a sane person, you must have a personal life.” – Liam Hemsworth 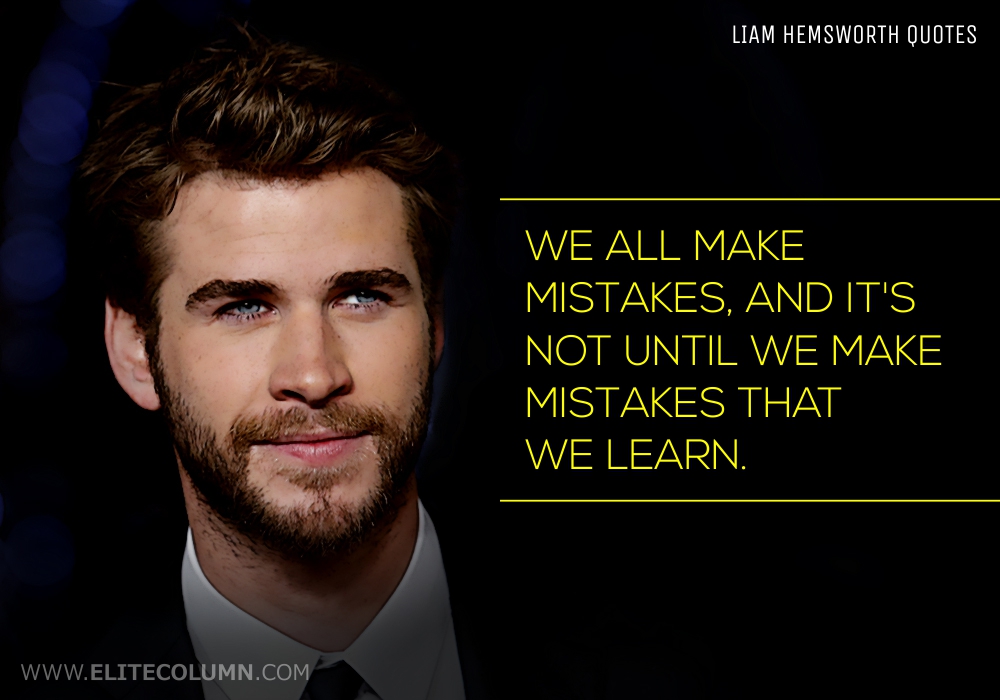 8. “I learn more with every job, and I’m very thankful for where I am.” – Liam Hemsworth