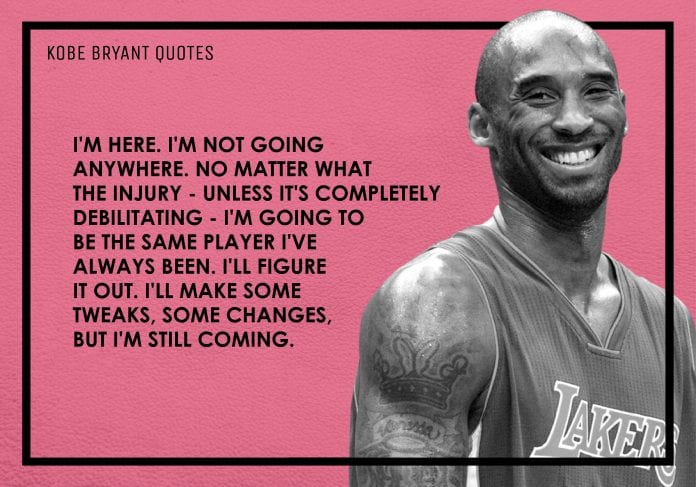 Kobe Bean Bryant, born in August 23, 1978, Philadelphia, Pennsylvania, was an American professional basketball player. He helped lead the Los Angeles Lakers of the NBA to five championships between the period of 2000–02 and 2009–10. His father, Joe, was a professional basketball player who spent eight seasons in the NBA and eight more playing in Italy, where Bryant went to school. Kobe became the second youngest NBA player in history when the 1996–97 seasons opened. EliteColumn brings you some of the best Kobe Bryant quotes. 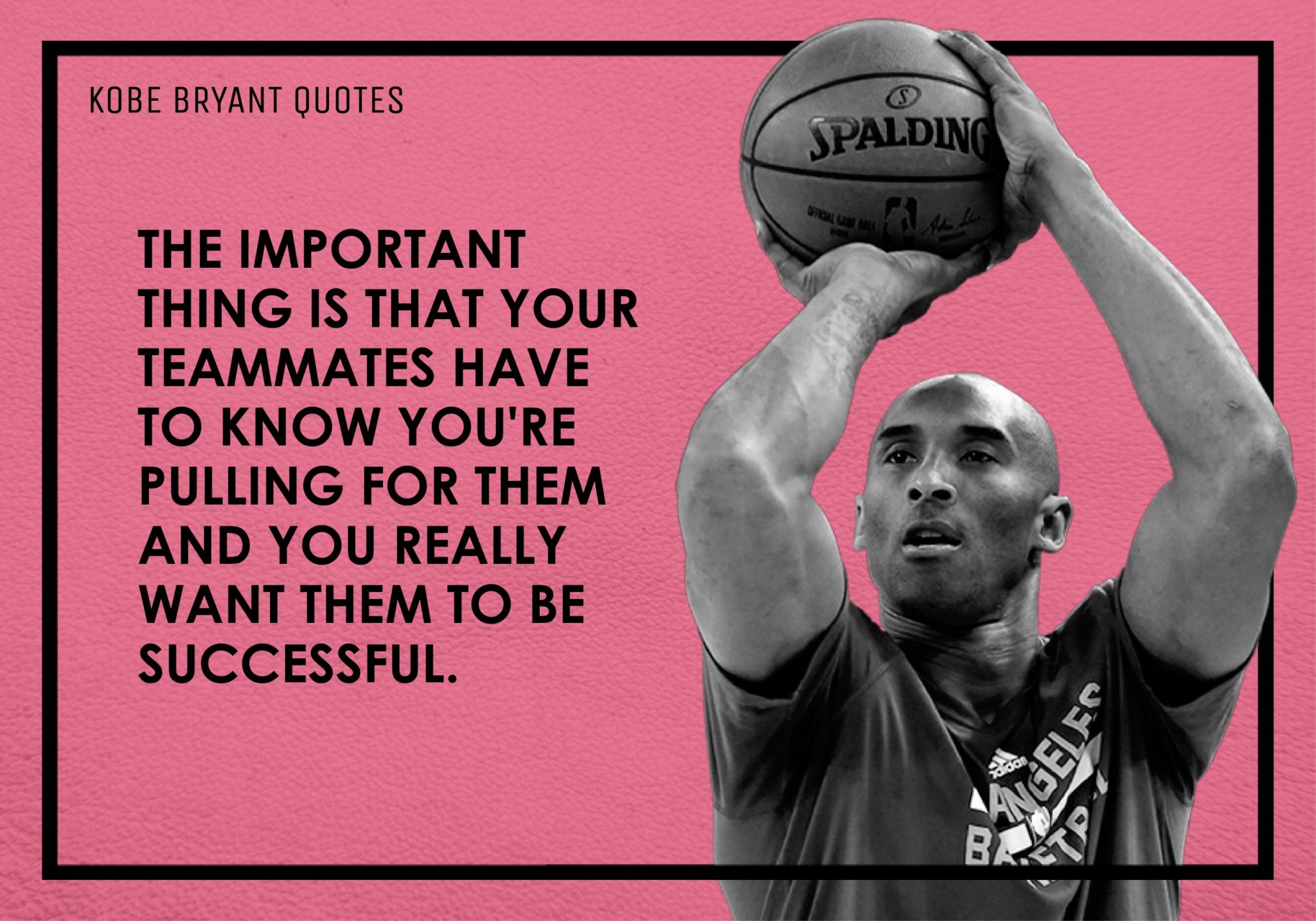 1. “The important thing is that your teammates have to know you’re pulling for them and you really want them to be successful.” – Kobe Bryant

2. “Once you know what failure feels like, determination chases success.” – Kobe Bryant

3. “The most important thing is to try and inspire people so that they can be great in whatever they want to do.” – Kobe Bryant

4. “The beauty in being blessed with talent is rising above doubters to create a beautiful moment.” – Kobe Bryant

5. “If you don’t believe in yourself, no one will do it for you” – Kobe Bryant

9. “Being passive aggressive in this competition means you’re fine with simply going with the flow and unwilling to disturb the calm waters of the game to accomplish your goals.” – Kobe Bryant

10. “This is the moment I accept the most challenging times will always be behind me AND in front of me.” – Kobe Bryant

11. “Trust me, setting things up right from the beginning will avoid a ton of tears and heartache…” – Kobe Bryant 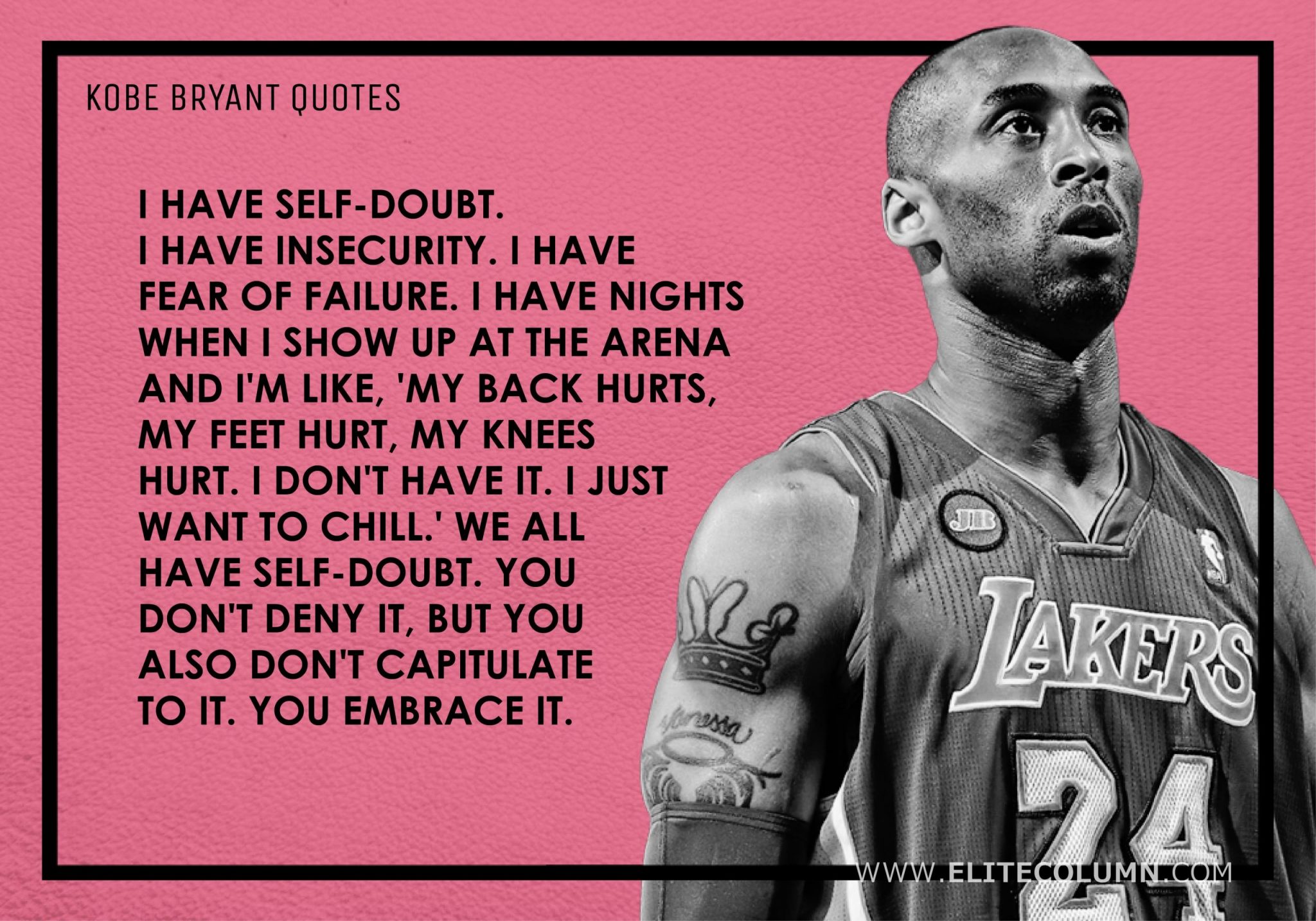 12. “I have self-doubt. I have insecurity. I have fear of failure. I have nights when I show up at the arena and I’m like, ‘My back hurts, my feet hurt, my knees hurt. I don’t have it. I just want to chill.’ We all have self-doubt. You don’t deny it, but you also don’t capitulate to it. You embrace it.” – Kobe Bryant

13. “The odd thing is that I wound up learning more about the world around me by having a singular focus inside of me.” – Kobe Bryant

18. “Everything negative; pressure, challenges, is an opportunity for me to rise.” – Kobe Bryant

19. “Be willing to sacrifice anything, but compromise nothing in your quest to be your best.” – Kobe Bryant

20. “If you are going to be a leader, you’re not going to please everybody. You got to hold people accountable, even if you have that moment of being uncomfortable.” – Kobe Bryant

21. “We all have self-doubt. You don’t deny it, but you also don’t capitulate to it. You embrace it.” – Kobe Bryant 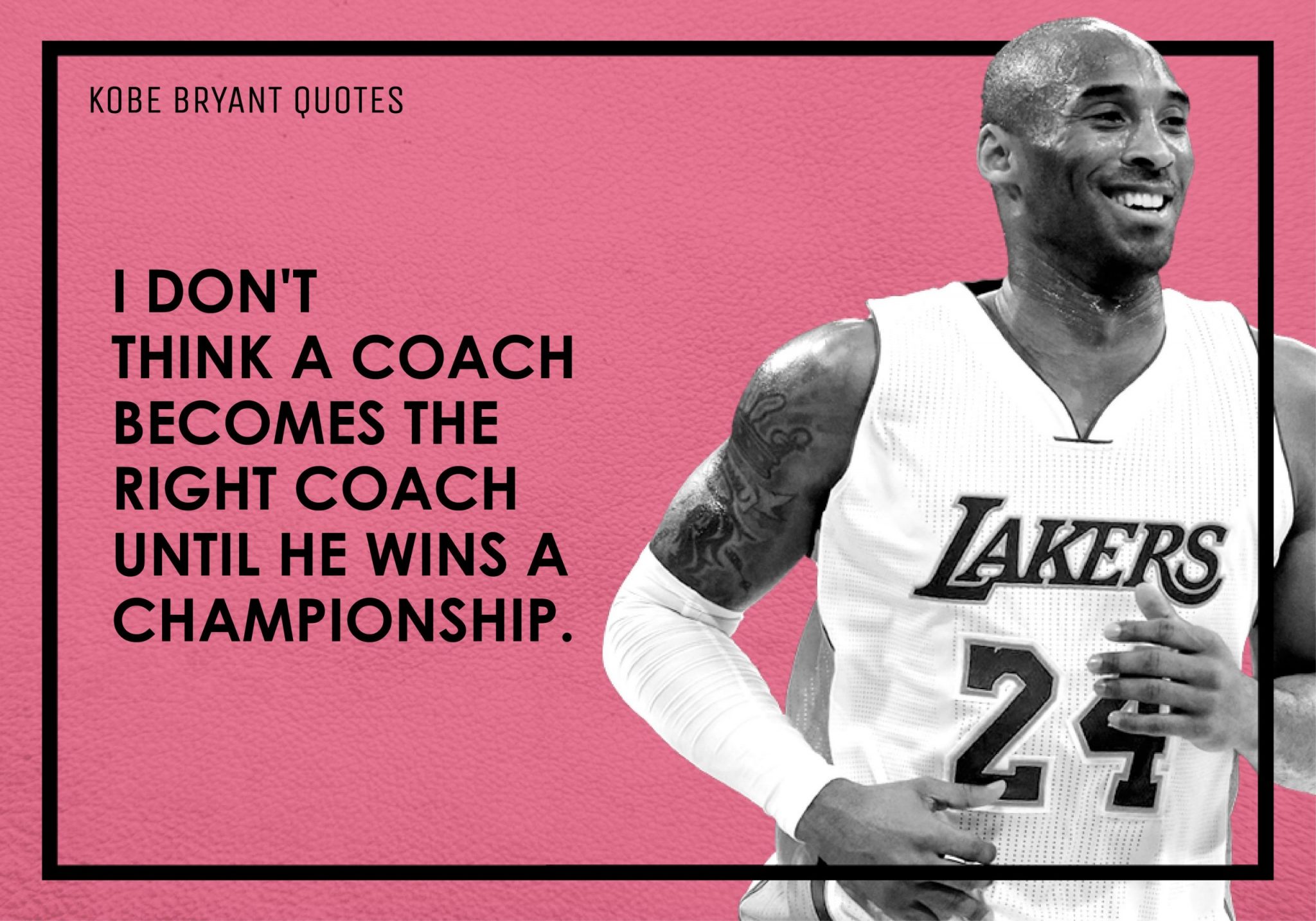 24. “I don’t think a coach becomes the right coach until he wins a championship.” – Kobe Bryant

26. “Everyone looks at your watch and it represents who you are, your values and your personal style.” – Kobe Bryant

27. “Everything negative – pressure, challenges – is all an opportunity for me to rise.” – Kobe Bryant

28. “If you’re afraid to fail, then you’re probably going to fail.” – Kobe Bryant

29. “From the beginning, I wanted to be the best. I had a constant craving, a yearning, to improve and be the best. I never needed any external forces to motivate me.” – Kobe Bryant

30. “People just don’t understand how obsessed I am with winning.” – Kobe Bryant 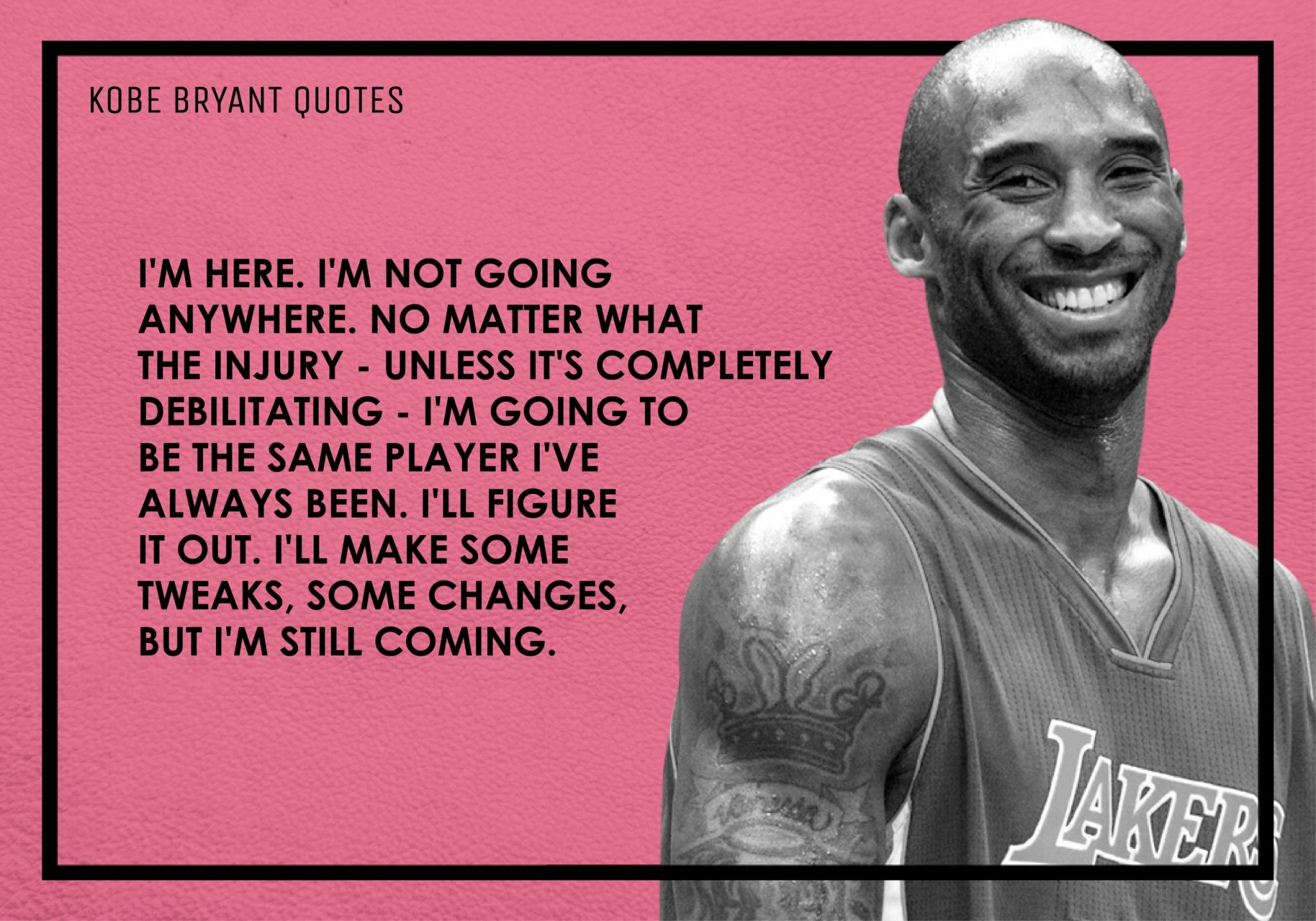 31. “I’m here. I’m not going anywhere. No matter what the injury – unless it’s completely debilitating – I’m going to be the same player I’ve always been. I’ll figure it out. I’ll make some tweaks, some changes, but I’m still coming.” – Kobe Bryant

32. “After all, greatness is not for everybody.” – Kobe Bryant

33. “If you do not believe in yourself no one will do it for you.” – Kobe Bryant

34. “May you always remember to enjoy the road, especially when it’s a hard one.” – Kobe Bryant

35. “There’s certain players that I’ve made cry. If I can make you cry by being sarcastic, then I really don’t want to play with you in the playoffs.” – Kobe Bryant

36. “A lot of people say they want to be great, but they’re not willing to make the sacrifices necessary to achieve greatness.” – Kobe Bryant