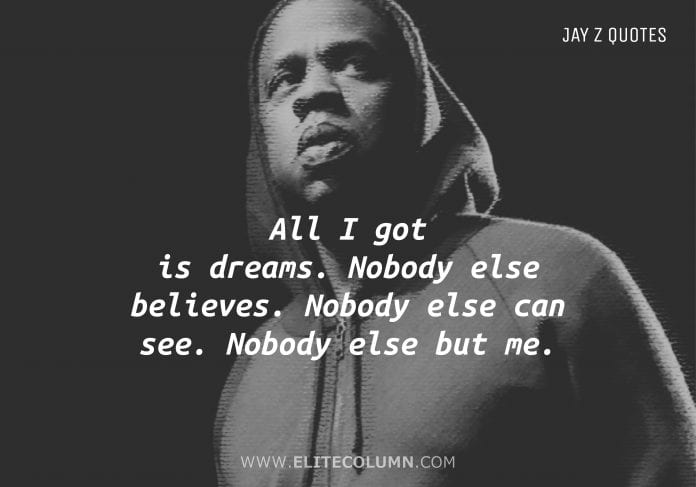 Apart from his award-winning hip-hop tracks, Jay Z is known for an array of successful business interests, as well as his marriage to singer Beyoncé. As he grew up in a drug-infested Marcy Projects, he used rap as an escape, appearing for the first time on ‘Yo! MTV Raps’. After selling millions of records with his Roc-a-Fella label, Jay Z created his own clothing line and founded an entertainment company. Jay Z quotes will help boost your confidence level. EliteColumn brings you the best hand-picked Jay Z quotes. 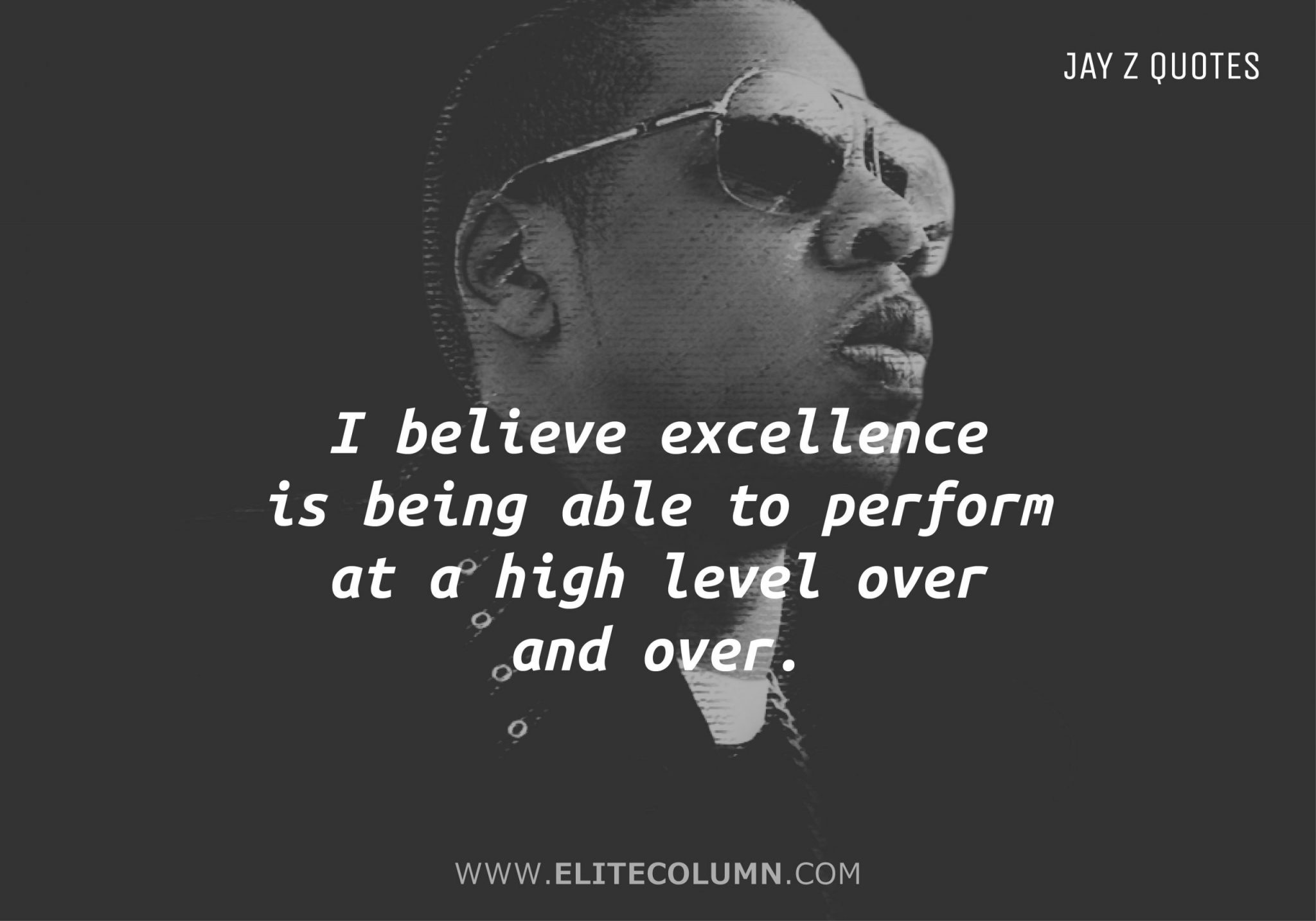 2. “Everything evens up, you just wait. Even a garage can gets a steak. You are not even a garbage can, you have faith!” – Jay Z

4. “You learn more in failure than you ever do in success. “- Jay Z 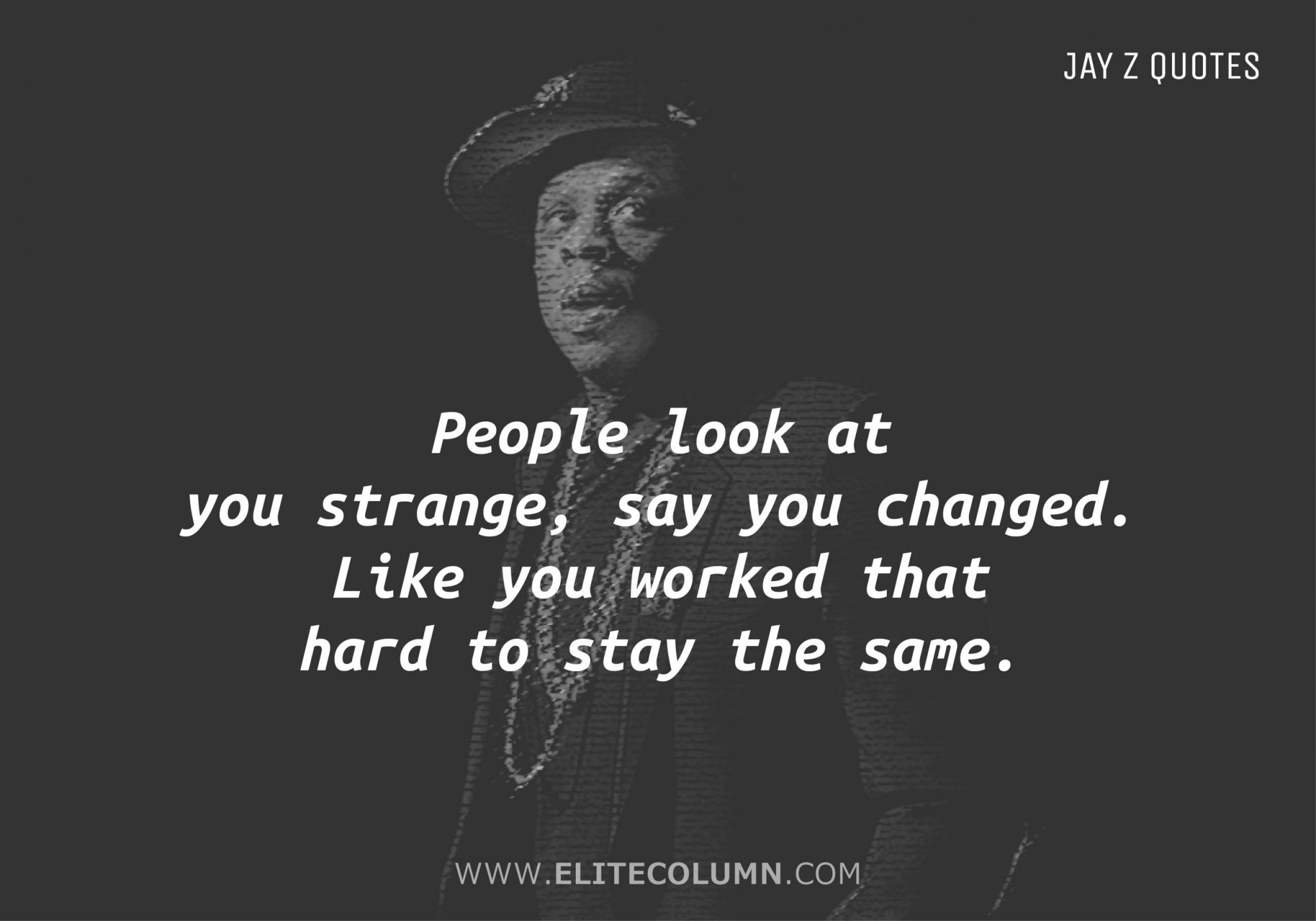 5. “People look at you strange, say you changed. Like you worked that hard to stay the same.” – Jay Z

6. “I will not lose, for even in defeat, there’s a valuable lesson learned, so it evens up for me.” – Jay Z 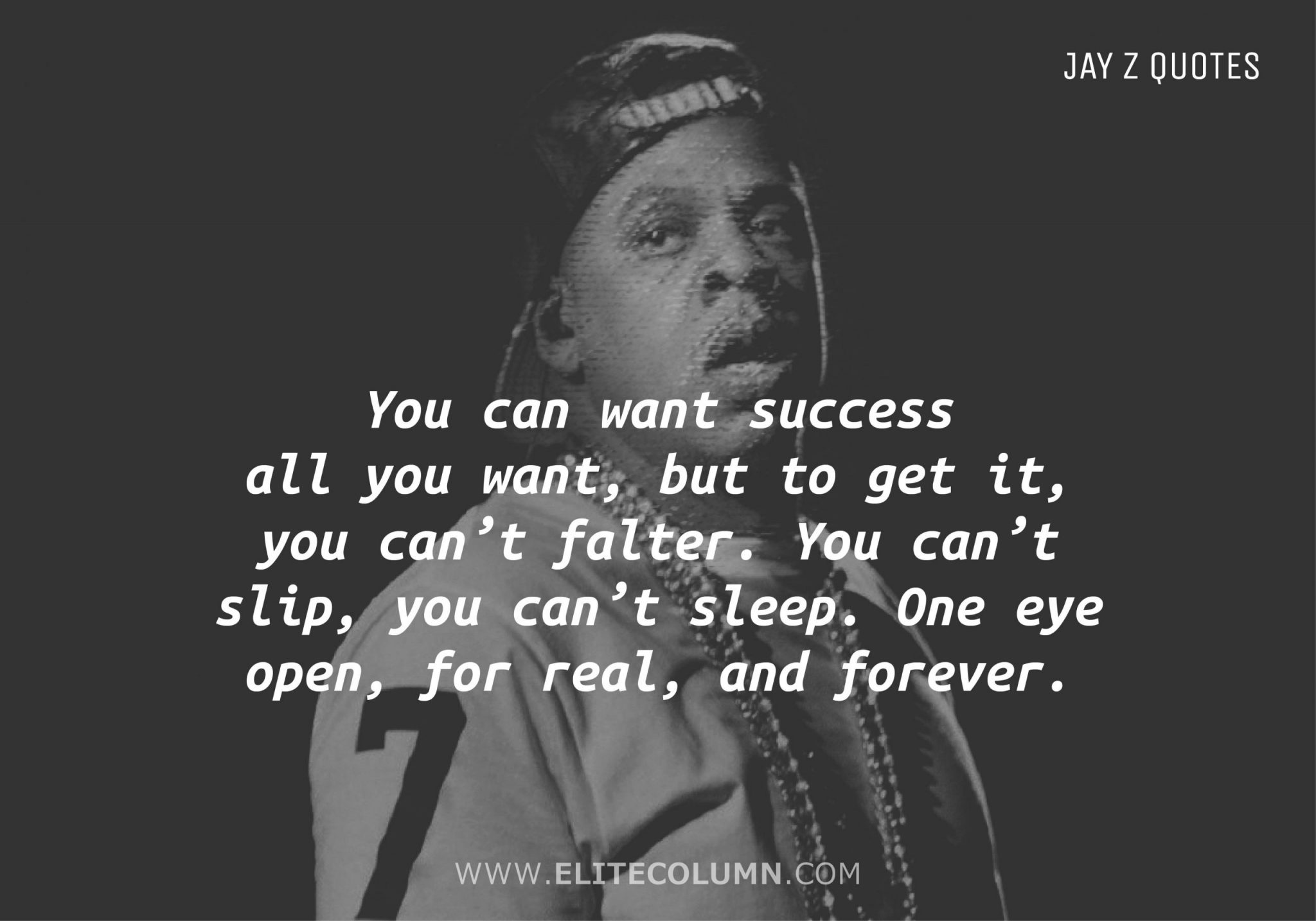 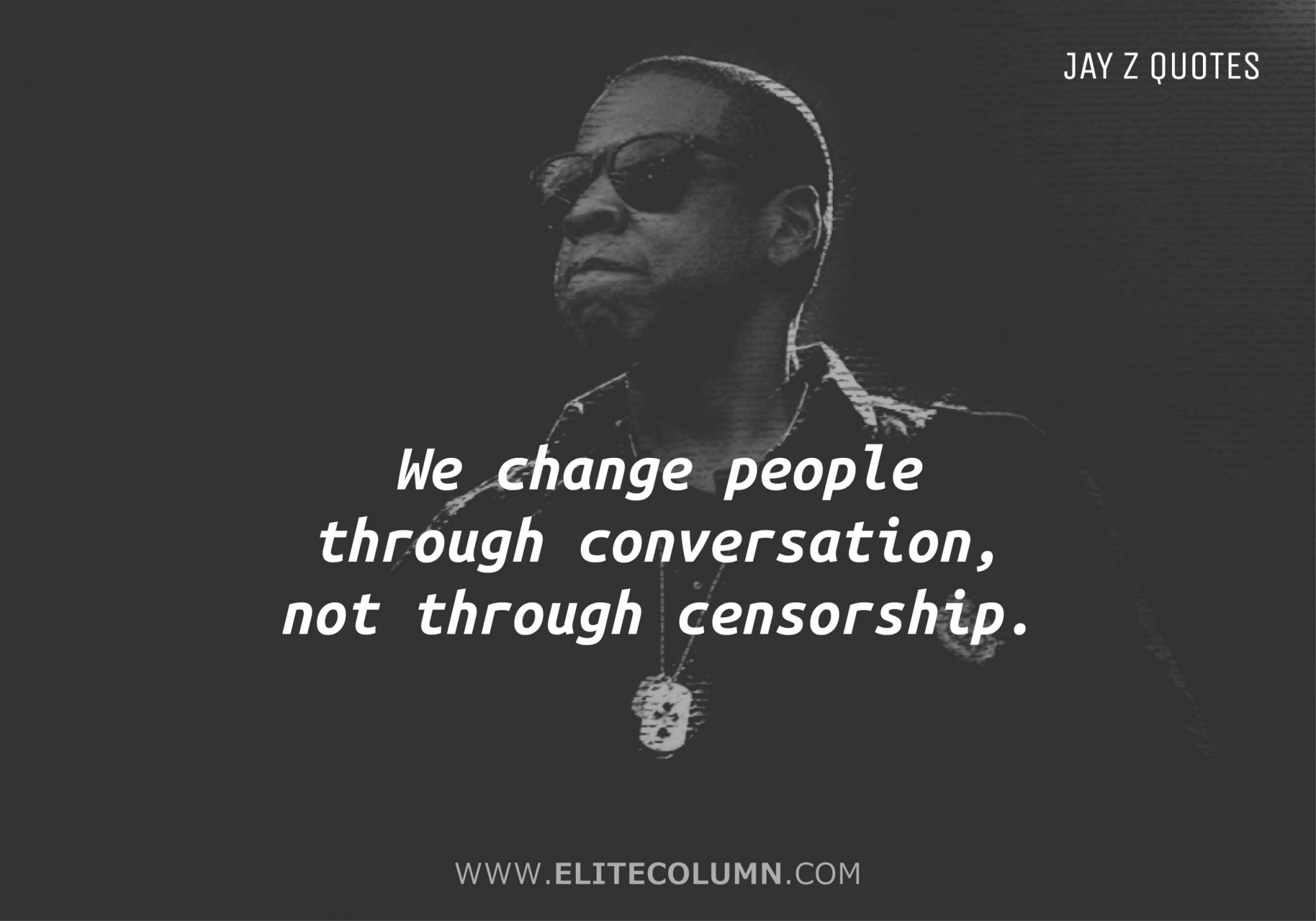 13. “We change people through conversation, not through censorship.” – Jay Z 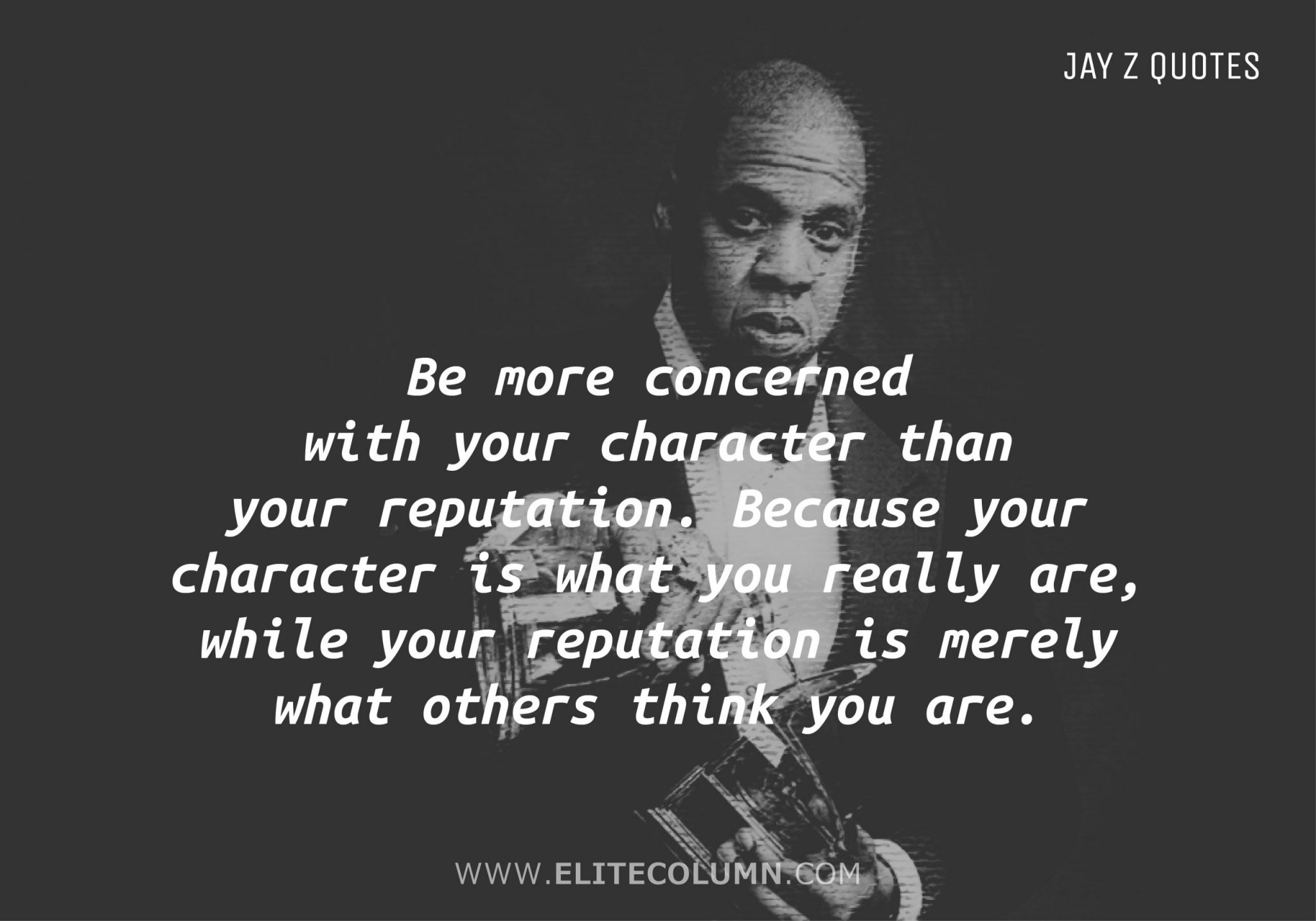 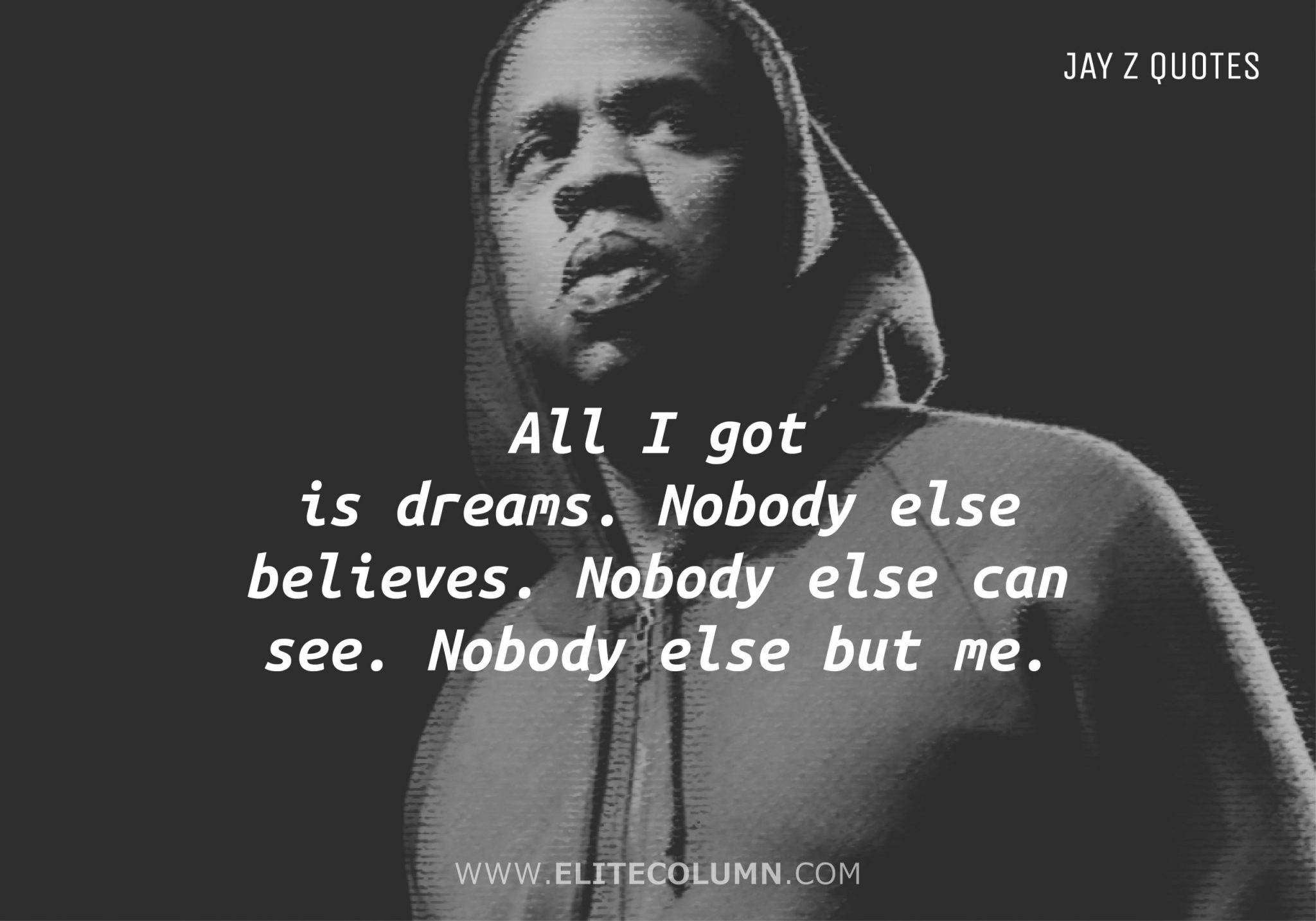 23. “I believe everybody in the world is born with genius-level talent. Apply yourself to whatever you’re genius at and you can do anything in the world.” – Jay Z 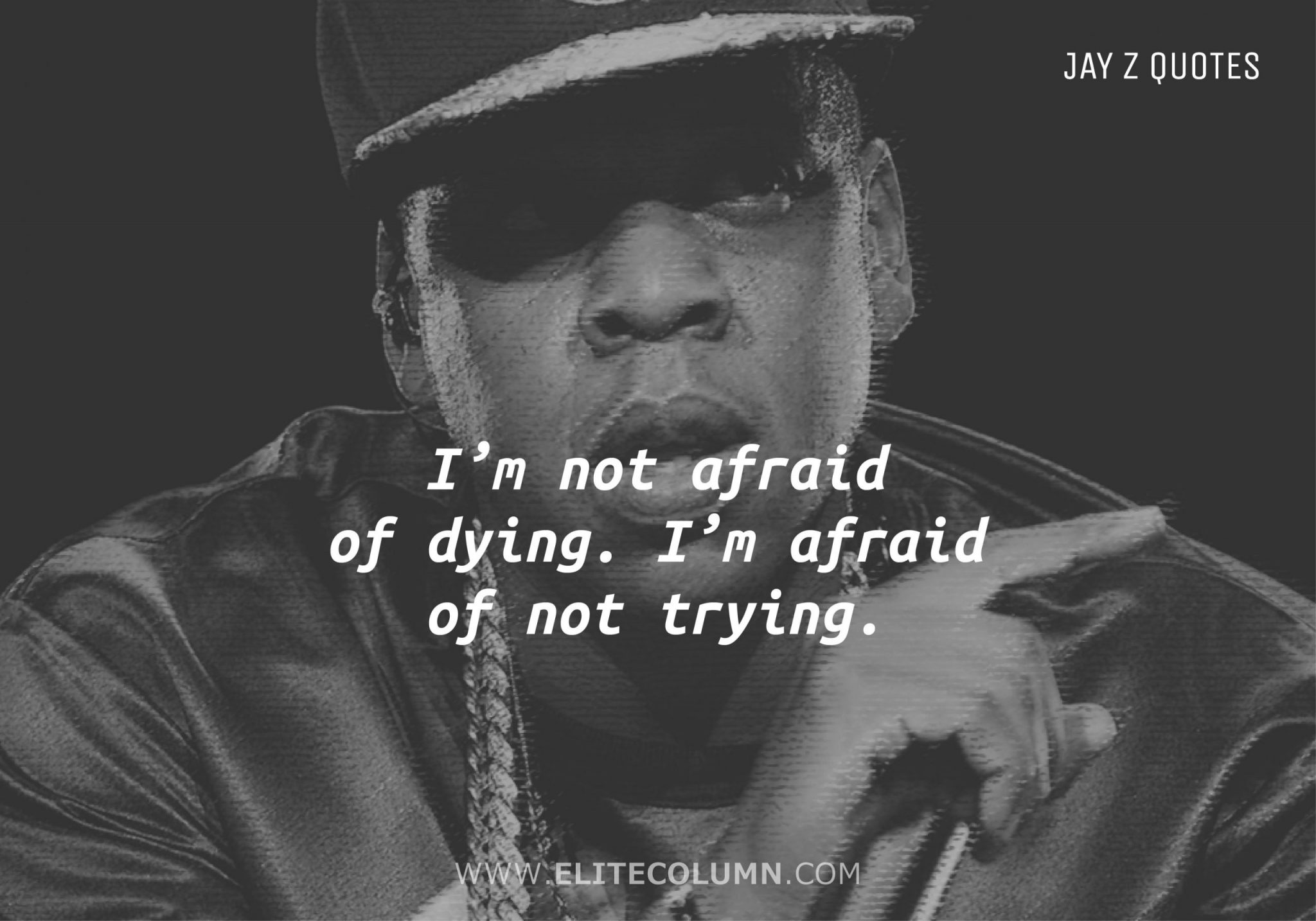 27. “I think relationships are broken up because of the media.”  – Jay Z 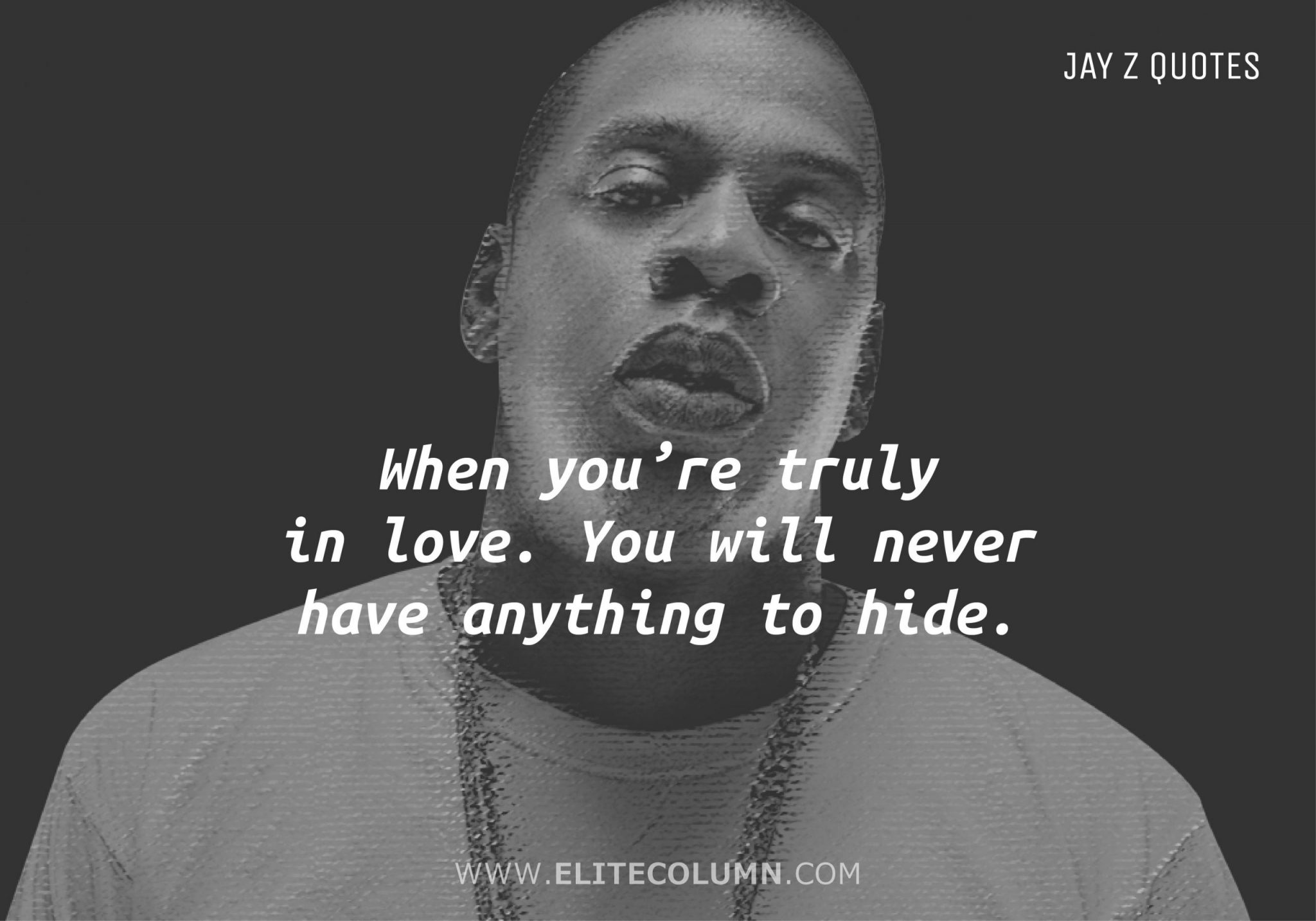 29. “My brands are an extension of me. They’re close to me. It’s not like running GM, where there’s no emotional attachment.” –  Jay Z

30. “Wherever I go, I bring the culture with me, so that they can understand that it’s attainable. 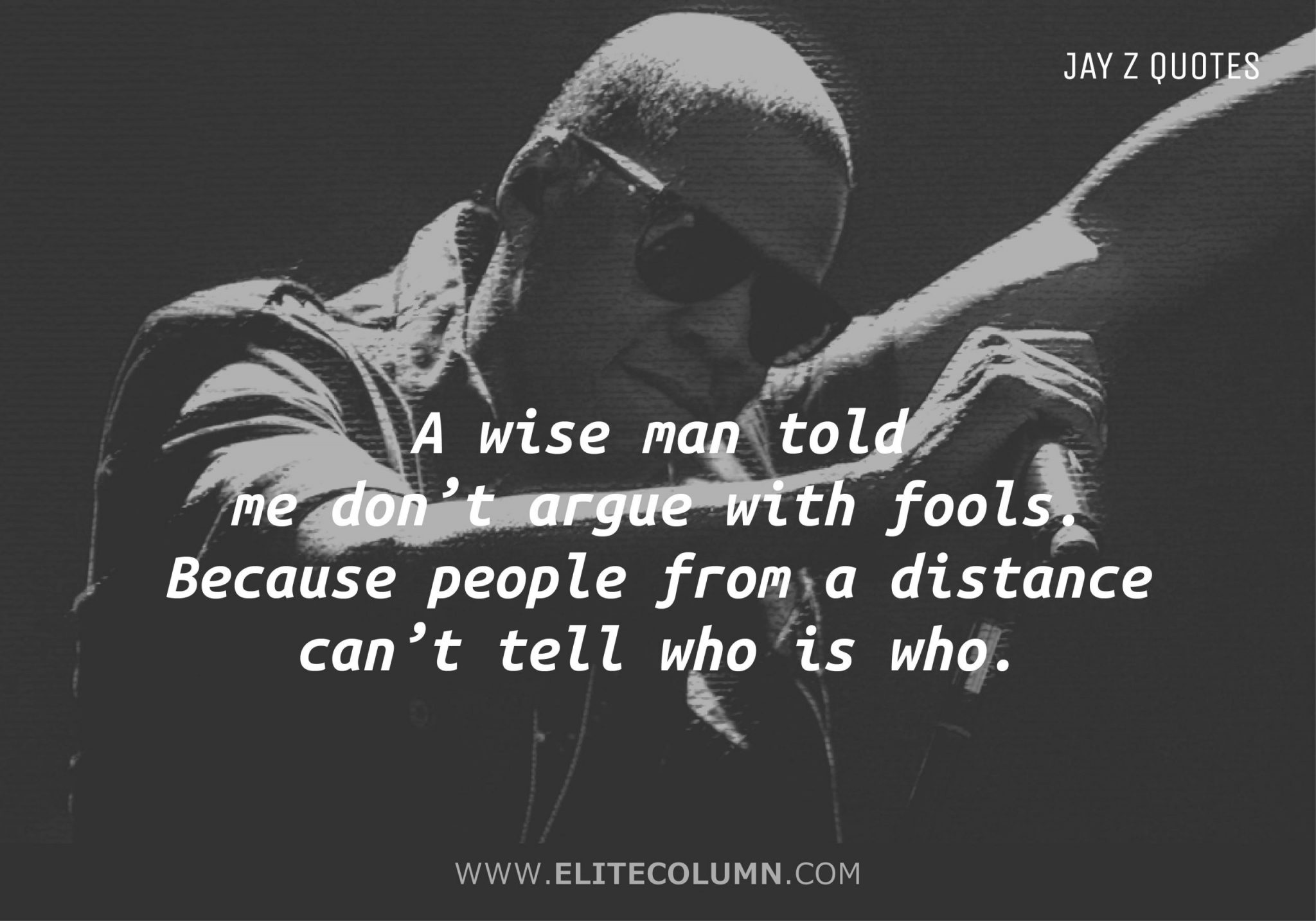 32. “A wise man told me don’t argue with fools. Because people from a distance can’t tell who is who.” – Jay Z

33. “People respect success. They respect big. They don’t even have to like your music. If you’re big enough, people are drawn to you. “- Jay Z 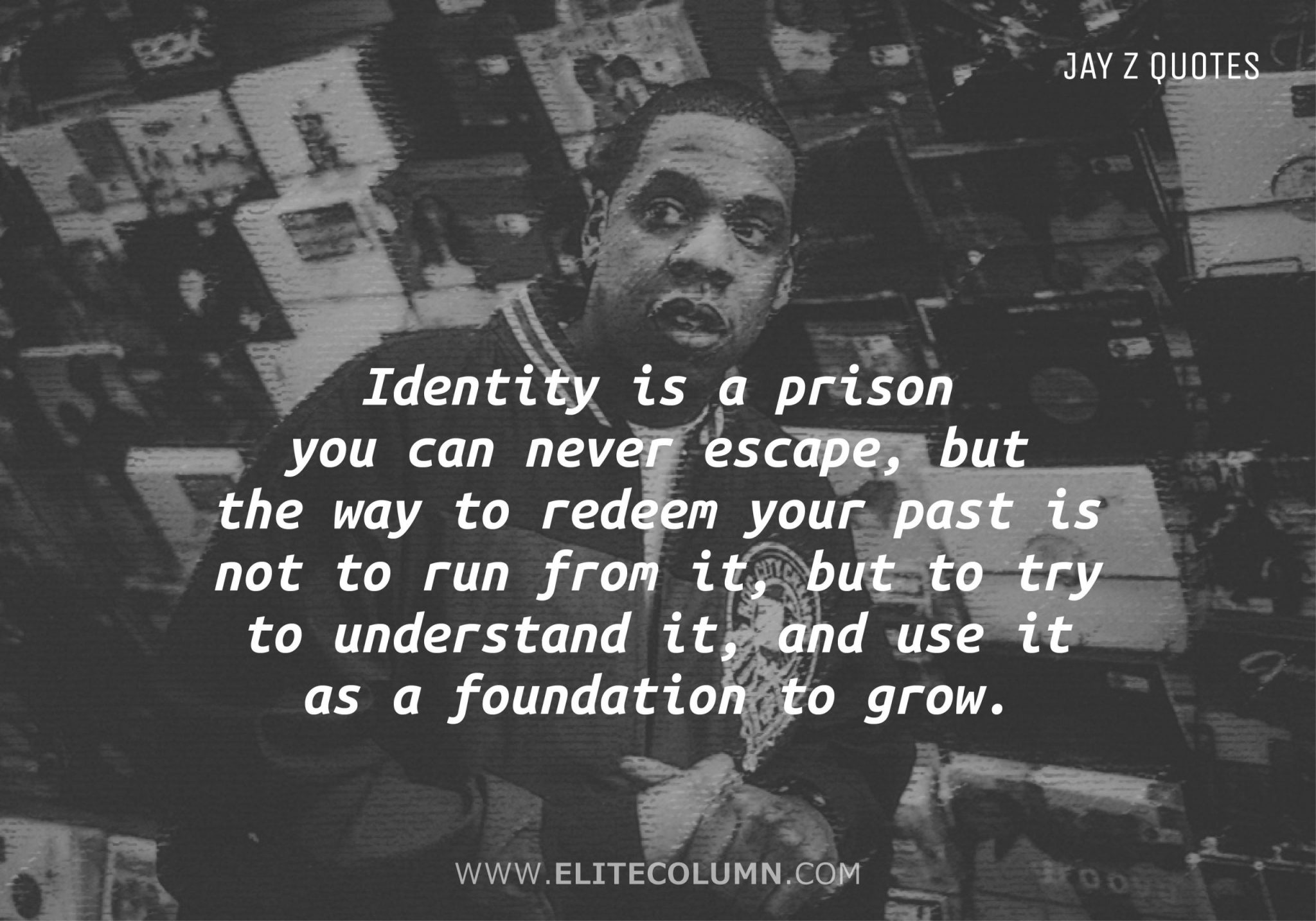 34. “Identity is a prison you can never escape, but the way to redeem your past is not to run from it, but to try to understand it, and use it as a foundation to grow.” – Jay Z

36. “Photoshoot fresh looking like wealth, I’m about to call the paparazzi on myself.” – Jay Z 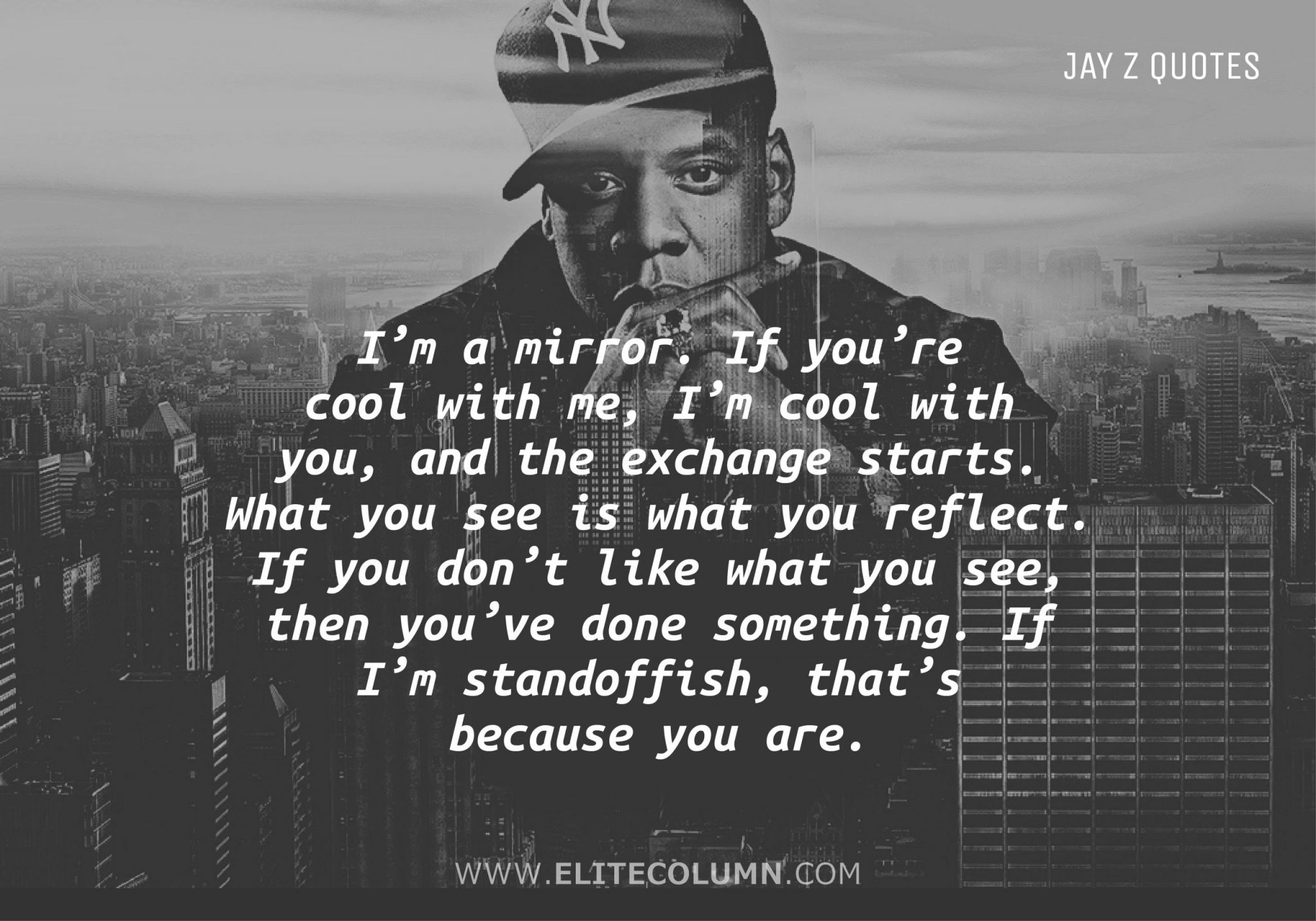 37. “I’m a mirror. If you’re cool with me, I’m cool with you, and the exchange starts. What you see is what you reflect. If you don’t like what you see, then you’ve done something. If I’m standoffish, that’s because you are.” – Jay Z

38. “Belief in oneself and knowing who you are, I mean, that’s the foundation for everything great.” – Jay Z 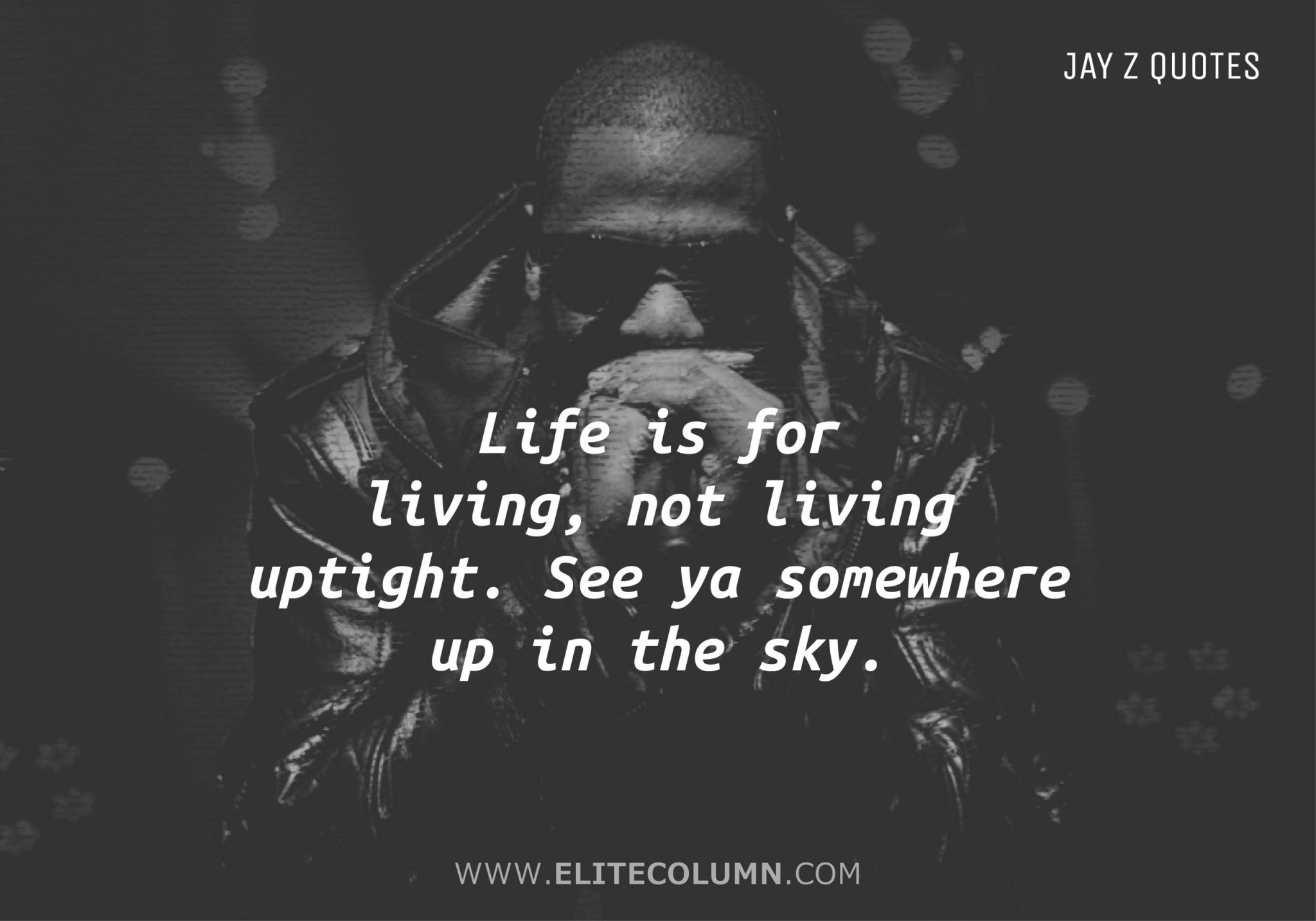 Thanks for checking out the best Jay Z quotes. Feel free to share the quotes with your friends. Leave a comment below and which are your favorite Jay Z quotes ?