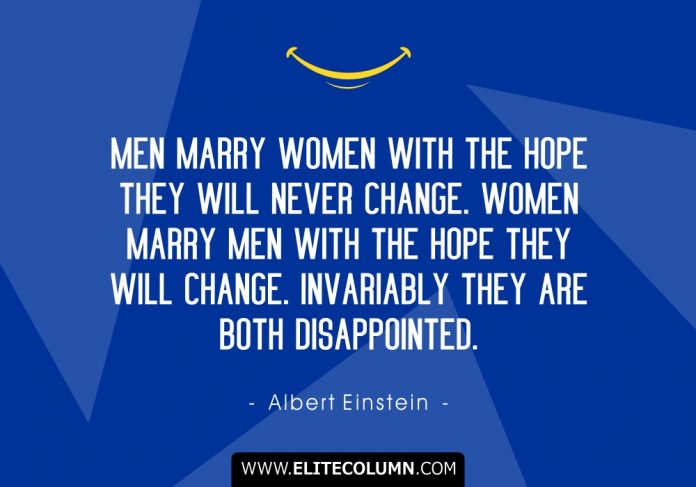 1. “Better to remain silent and be thought a fool than to speak out and remove all doubt.” –Abraham Lincoln

2. “If I were two-faced, would I be wearing this one?” – Abraham Lincoln

3. “The best thing about the future is that it comes one day at a time.” – Abraham Lincoln

4. “The difference between stupidity and genius is that genius has its limits.” – Albert Einstein

5. “The average dog is a nicer person than the average person.” – Andy Rooney

6. “If you want your children to listen, try talking softly to someone else.” – Ann Landers

7. “The only mystery in life is why the kamikaze pilots wore helmets.” – Al McGuire

8. “My opinions may have changed, but not the fact that I’m right.” – Ashleigh Brilliant

9. “To be sure of hitting the target, shoot first, and call whatever you hit the target.” – Ashleigh Brilliant

10. “Trouble knocked at the door, but, hearing laughter, hurried away.” – Benjamin Franklin

11. “Wine is constant proof that God loves us and loves to see us happy.” – Benjamin Franklin

12. “Have you noticed that all the people in favor of birth control are already born?” – Benny Hill

13. “Light travels faster than sound. This is why some people appear bright until you hear them speak.” – Alan Dundes

14. “Most people would sooner die than think; in fact, they do so.” – Bertrand Russell

15. “The world is full of magical things patiently waiting for our wits to grow sharper.” – Bertrand Russell

16. “Facebook just sounds like a drag, in my day seeing pictures of peoples vacations was considered a punishment.” – Betty White

18. “If there is anything the nonconformist hates worse than a conformist, it’s another nonconformist who doesn’t conform to the prevailing standard of nonconformity.” – Bill Vaughan

19. “Nobody realizes that some people expend tremendous energy merely to be normal.” – Albert Camus

20. “The surest sign that intelligent life exists elsewhere in the universe is that it has never tried to contact us.” – Bill Watterson

21. “Before you judge a man, walk a mile in his shoes. After that who cares?… He’s a mile away and you’ve got his shoes!” – Billy Connolly

22. “I’ve always wanted to go to Switzerland to see what the army does with those wee red knives.” – Billy Connolly

23. “Going to church doesn’t make you a Christian any more than going to a garage makes you an automobile.” – Billy Sunday

24. “If you’re going to tell people the truth, be funny or they’ll kill you.” – Billy Wilder

26. “Inside me there’s a thin person struggling to get out, but I can usually sedate him with four or five cupcakes.” – Bob Thaves

27. “We never really grow up, we only learn how to act in public.” – Bryan White

28. “As a child my family’s menu consisted of two choices: take it or leave it.” – Buddy Hackett

29. “My favorite machine at the gym is the vending machine.” – Caroline Rhea

30. “All right everyone, line up alphabetically according to your height.” – Casey Stengel

31. “All the things I really like to do are either immoral, illegal or fattening.” – Alexander Woollcott

32. “I always arrive late at the office, but I make up for it by leaving early.” – Charles Lamb

33. “Don’t worry about the world coming to an end today. It is already tomorrow in Australia.” – Charles M. Schulz

34. “By the time a man realizes that his father was right, he has a son who thinks he’s wrong.” – Charles Wadsworth

35. “A day without laughter is a day wasted.” – Charlie Chaplin

38. “If you love something set it free, but don’t be surprised if it comes back with herpes.” – Chuck Palahniuk

39. “When I was a boy I was told that anybody could become President. I’m beginning to believe it.” – Clarence Darrow

40. “A stockbroker urged me to buy a stock that would triple its value every year. I told him, ‘At my age, I don’t even buy green bananas.’” – Claude Pepper

43. “It would be nice to spend billions on schools and roads, but right now that money is desperately needed for political ads.” – Andy Borowitz

44. “Money won’t buy happiness, but it will pay the salaries of a large research staff to study the problem.” – Bill Vaughan

45. “A bank is a place that will lend you money if you can prove that you don’t need it.” – Bob Hope

46. “At every party there are two kinds of people – those who want to go home and those who don’t. The trouble is, they are usually married to each other.” – Ann Landers

47. “High heels were invented by a woman who had been kissed on the forehead.” – Christopher Morley

48. “Be who you are and say what you feel, because those who mind don’t matter and those who matter don’t mind.” – Bernard Baruch

49. “Doctors are just the same as lawyers; the only difference is that lawyers merely rob you, whereas doctors rob you and kill you too.” – Anton Chekhov

Thanks for checking out the best Funny Quotes. Feel free to share the quotes with your friends. Leave a comment below and which are your favourite Funny Quotes ?