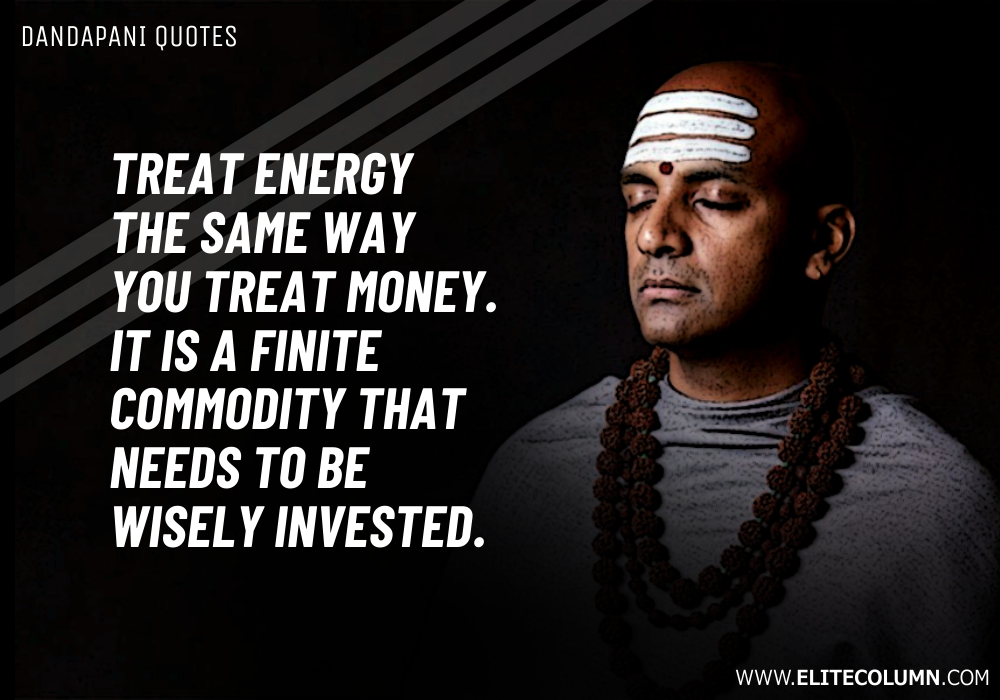 Dandapani is a Hindu priest, entrepreneur and a former monk of 10 years. After graduating with an electrical engineering degree, he decided to renounce everything to become a monk under the guidance of Hindu spiritual leader Sivaya Subramuniyaswami. He then spent the next decade living a disciplined life and trained at his guru’s cloistered monastery in Hawaii. When his vows ‘expired’, he moved to New York, where he currently lives with his wife and daughter. His mission is to help people live a purposeful life and spread joy by empowering them with tools and teachings used by Hindu monks of his tradition for thousands of years. EliteColumn lists out 12 most significant Dandapani quotes. 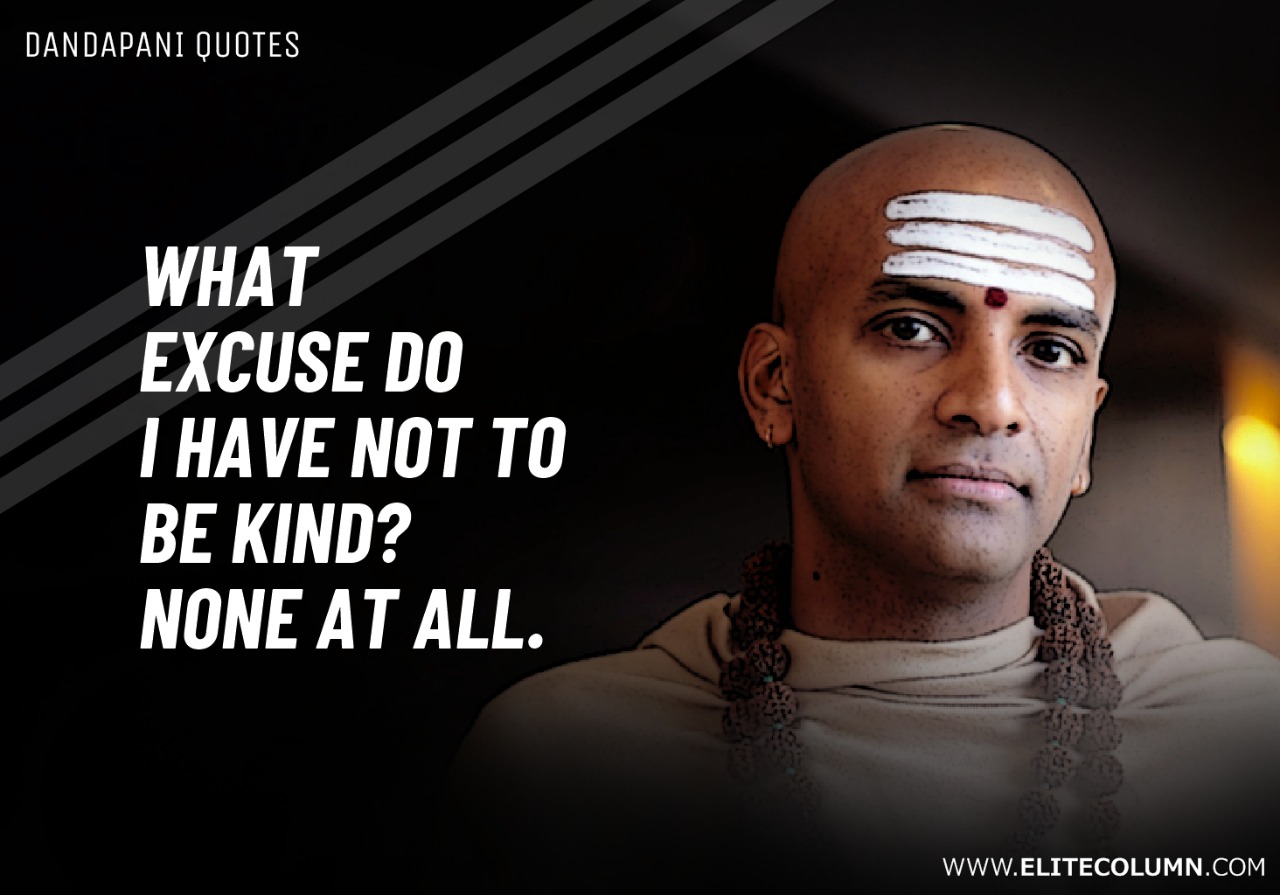 2. “The sleep factor is critical.” – Dandapani 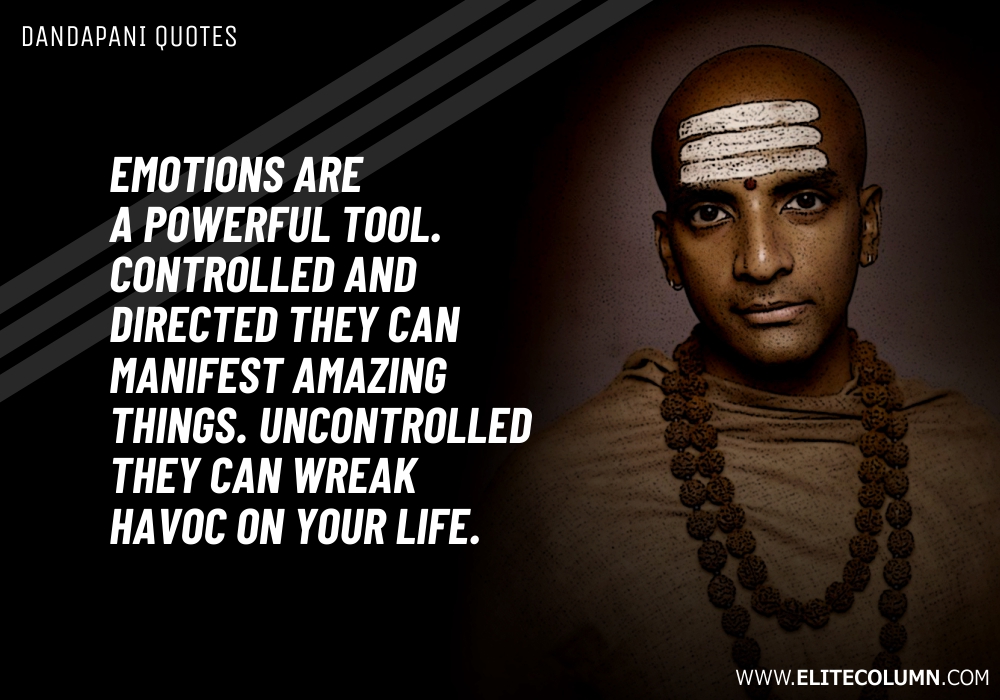 3. “Emotions are a powerful tool. Controlled and directed they can manifest amazing things. Uncontrolled they can wreak havoc on your life.” – Dandapani

4. “There are two periods when New York is soft: January and July.” – Dandapani

5. “My will is stronger than my mind.” – Dandapani 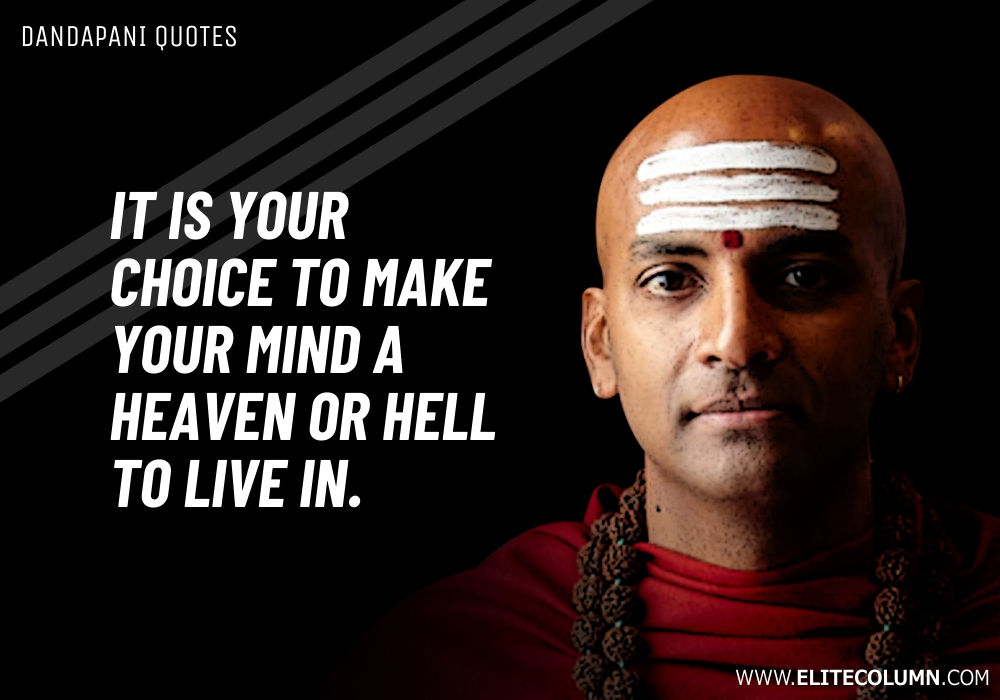 6. “It is your choice to make your mind a heaven or hell to live in.” – Dandapani

7. “You have fear when you are not confident in your own personal powers of creation.” – Dandapani

8. “Be the person you needed when you were younger.” – Dandapani 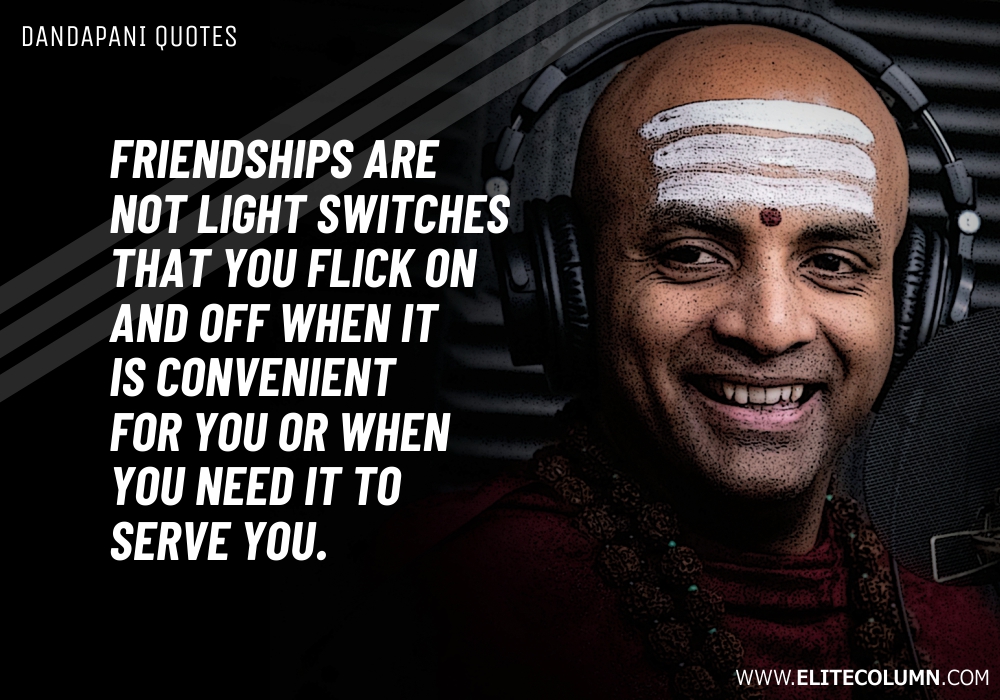 9. “Friendships are not light switches that you flick on and off when it is convenient for you or when you need it to serve you.” – Dandapani

10. “Life truly is a manifestation of where we invest our energy.” – Dandapani

11. “Spiritual tools are useless unless they are put into practice.” – Dandapani 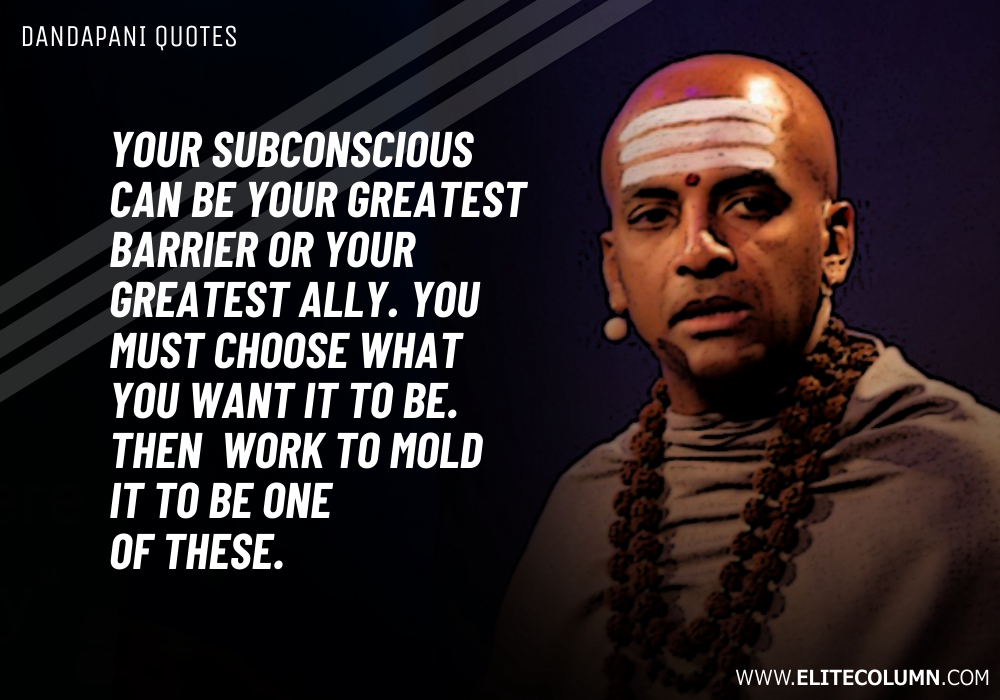 12. “Your subconscious can be your greatest barrier or your greatest ally. You must choose what you want it to be. Then work to mold it to be one of these.” – Dandapani 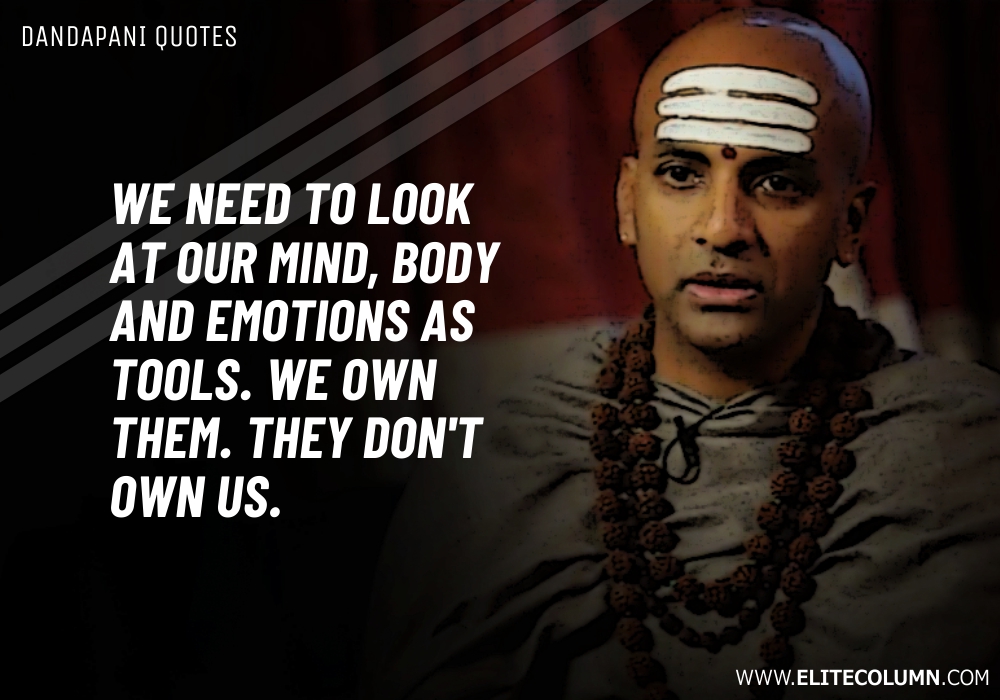 15. “The reason you are stressed is because you don’t keep your awareness on one thing at a time.” – Dandapani

16. “Visualization is a conscious exercising of the power of thought to create mental images to design and create the future.” – Dandapani 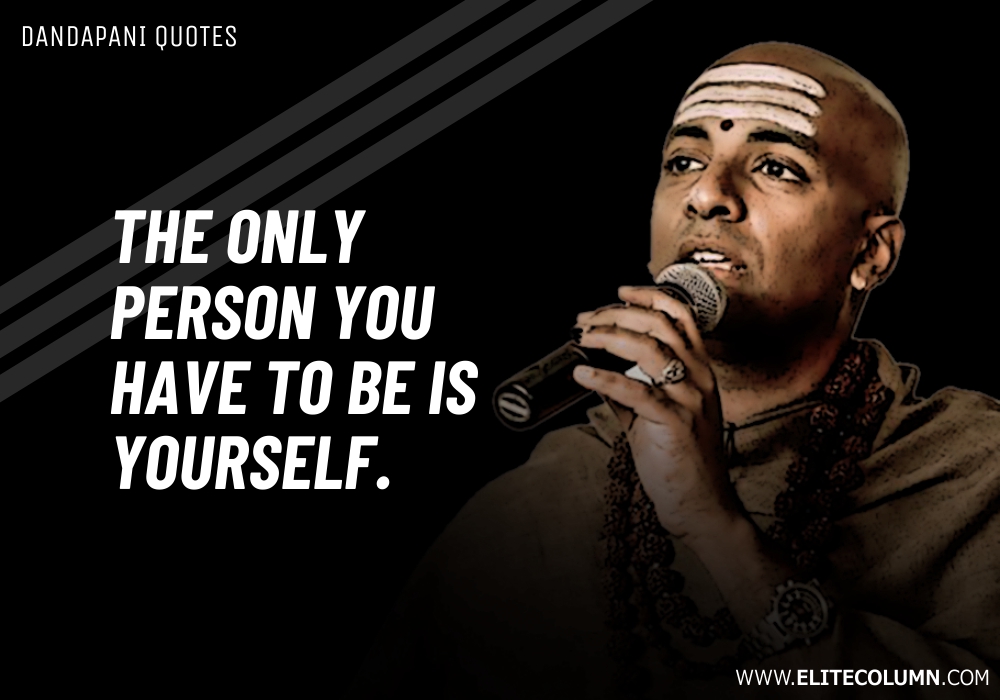 17. “The only person you have to be is yourself.” – Dandapani

18. “The best way to become good at something is to take a tool and insert it into a reoccurring event in your life.” – Dandapani 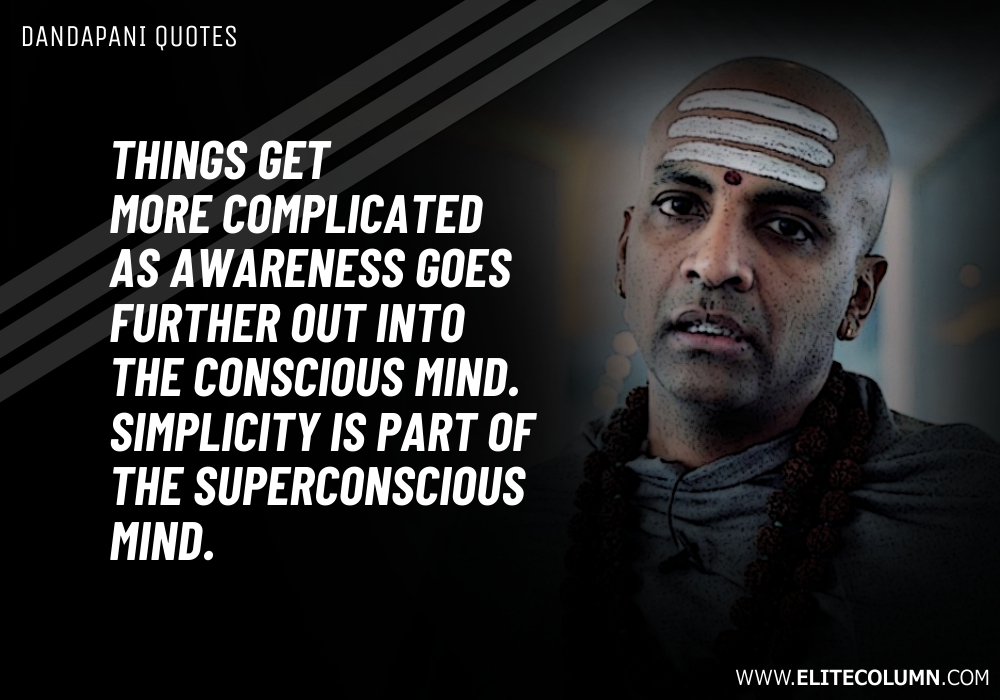 20. “Things get more complicated as awareness goes further out into the conscious mind. Simplicity is part of the superconscious mind.” – Dandapani

21. “It takes tremendous courage, will, and self-compassion to break the habits. Challenge yourself to live a different and better way, if not now, then when? Life is ever ebbing away.” – Dandapani

22. “The past cannot be changed, forgotten, changed, or erased; it can only be accepted.” – Dandapani

23. “Treat energy the same way you treat money. It is a finite commodity that needs to be wisely invested.” – Dandapani 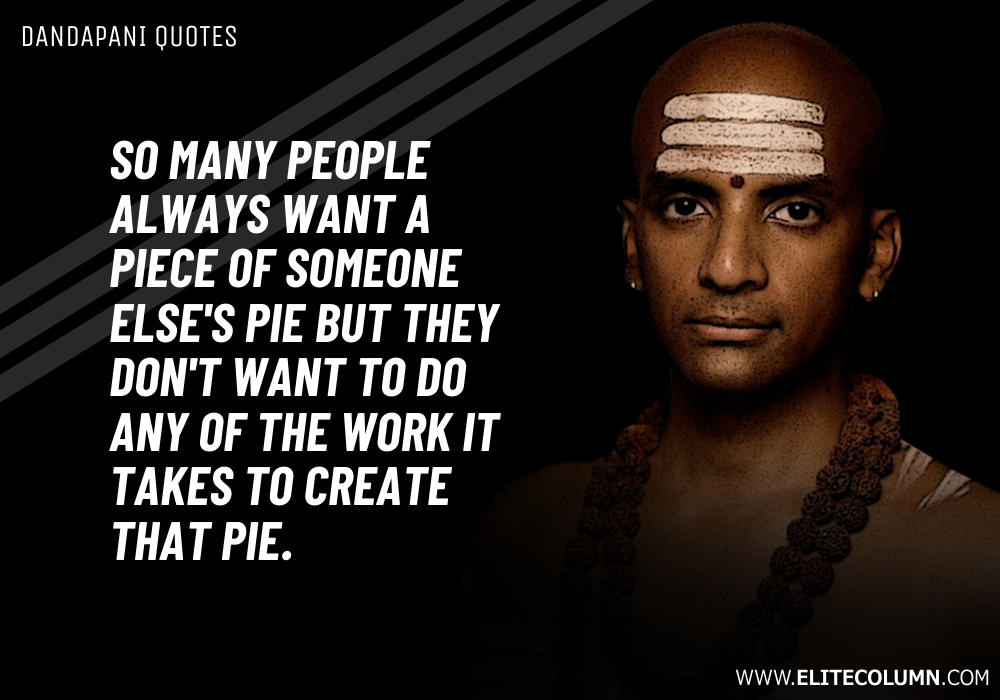 25. “So many people always want a piece of someone else’s pie but they don’t want to do any of the work it takes to create that pie.” – Dandapani 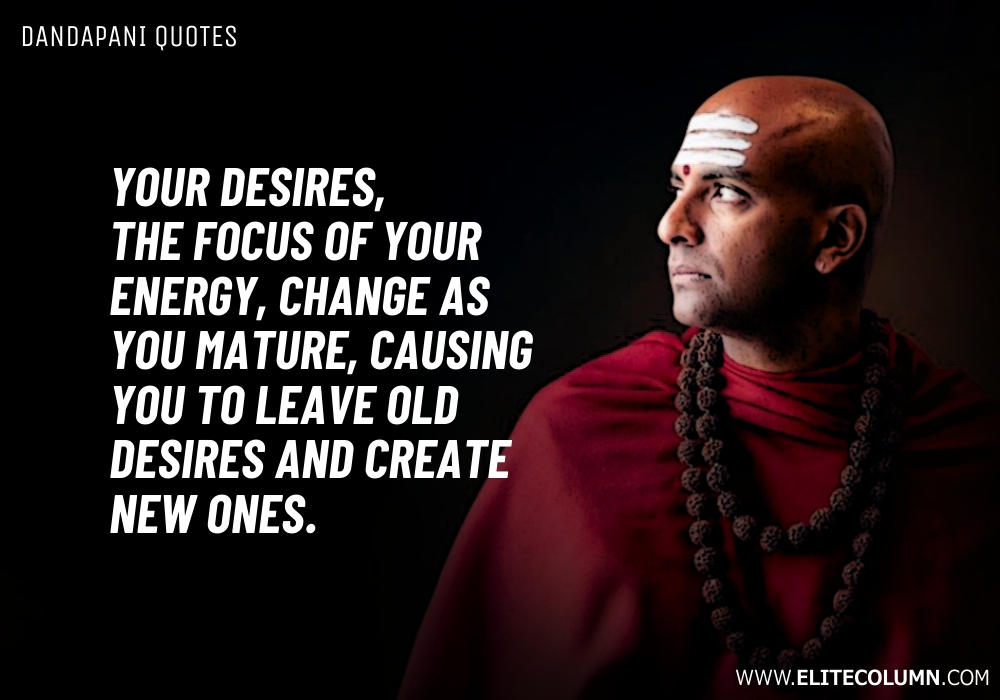 27. “Your desires, the focus of your energy, change as you mature, causing you to leave old desires and create new ones.” – Dandapani

28. ”Happiness is the byproduct of success. Choose wisely what you desire for.” – Dandapani 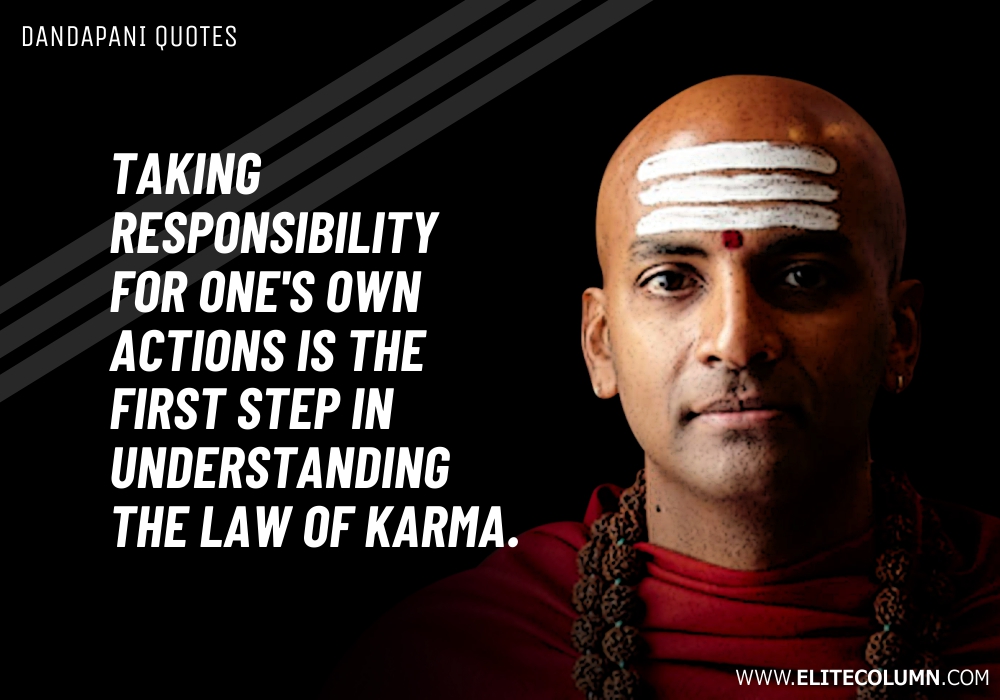 29. “Taking responsibility for one’s own actions is the first step in understanding the law of karma.” – Dandapani

30. “Once you control your mind, you can achieve anything in life.” – Dandapani 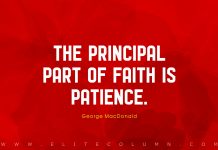 10 Faith Quotes That Will Empower You 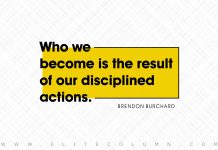 10 Responsibility Quotes That Will Motivate You 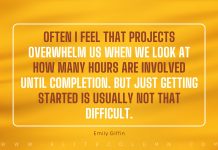 10 Meaningful Quotes That Will Inspire You